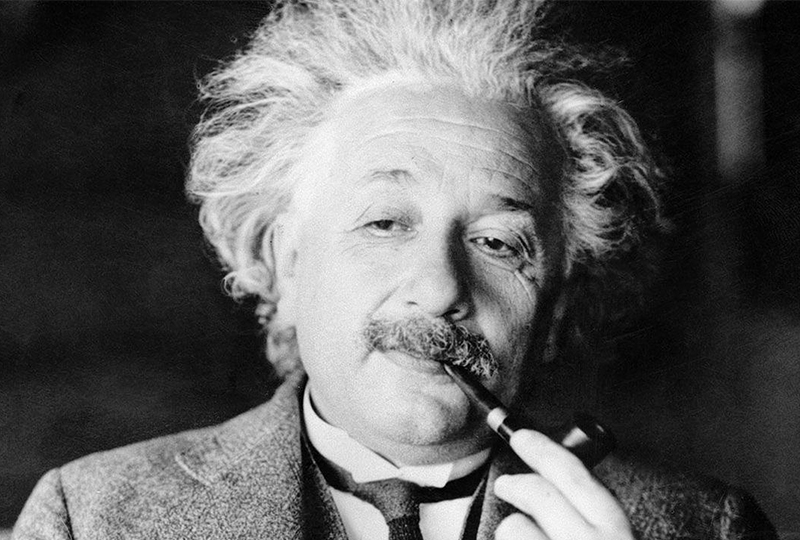 “I live my daydreams in music. I see my life in terms of music.”

Physicist Albert Einstein often spoke about his lifelong love of music, and its inspiring influence on his scientific genius.

He was a piano player and violinist from the age of five. He even named his violin – she was called Lina.

When Einstein asked how he conjured up his theory of relativity he replied, “it occurred to me by intuition, and music was the driving force behind that intuition. My discovery was the result of musical perception.”

“Whenever he felt that he had come to the end of the road or into a difficult situation in his work, he would take refuge in music,” recalled his older son, Hans Albert. “That would usually resolve all his difficulties.”

Einstein’s vinyl collection will now be on display as part of a new exhibition touring Asia this year, reports The Times of Israel.

Albert Einstein: Life in Four Dimensions features artefacts from the Albert Einstein archive at Hebrew University including “the physicist’s own vinyl record collection, his 1921 Nobel Prize, handwritten pages from the theory of relativity, and letters exchanged with Sigmund Freud, family and friends,” according to a university spokesperson.

The exhibition runs from 12th January through 8th April at the National Chiang Kei-Shek Memorial Hall in Taipei, Taiwan, followed by dates in Japan and China.