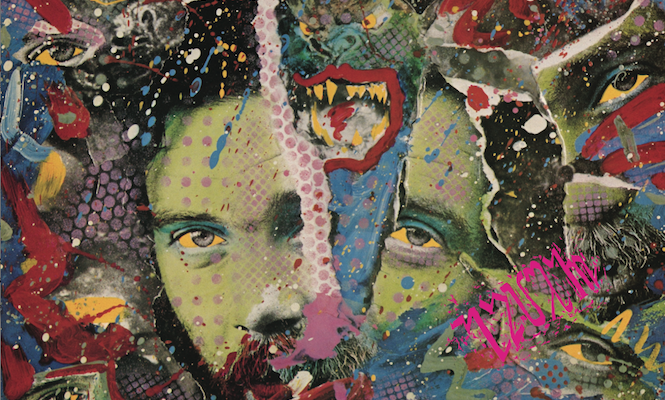 Three rarified psychedelic gems by one of the genre’s unsung pioneers get comprehensive reappraisal courtesy of Light In The Attic.

There aren’t many musicians who have lived the extremes of the psychedelic 60’s quite like Roky Erickson. A founding member of incandescent garage psych band 13th Floor Elevators who shone brightly for four years between 1965 and ’69, Erickson subsequently spent three years in Rusk State Hospital for the Criminally Insane, escaping a prison sentence on grounds of mental illness only to be subjected to a nightmarish programme of electroconvulsive therapy.

Discharged in 1974, and having formed a band while incarcerated (consisting of two murderers and a rapist), Erickson slowly returned to making music in the outside world, recording a string of neglected albums in the early 80’s including the sci-fi horror jam The Evil One in 1981 and the post-punk rock’n’roll of 1986’s Don’t Slander Me.

The final record from this period and the third to be reissued by Light In The Attic this summer, Gremlins Have Pictures collects Erickson’s recorded work following his stay at Rusk State and gives a poignant if disjunctive picture of a man getting to grips with life outside the institution.

The Evil One and Don’t Slander Me will be released as 2xLP housed in tip-on jackets with the first 150 pre-orders from the LITA online shop of The Evil One coming on emerald green vinyl and available from September 3rd, while Gremlins Have Pictures comes as a single LP and 7″ bundle and will be released on September 17th.