The Specialist is a new short film series profiling record collectors through one aspect of their collection that’s particularly important to them. First up, DJ, producer, serial label founder and accidental collector Andrew Weatherall gives us an insight into his love for the ghostly otherworld of rockabilly.

Acclaimed as the natural successor to John Peel, Andrew Weatherall has been a fixture of the UK music scene for almost thirty years. With his name to more labels than most, his latest venture is Moine Dubh – named after the deep black peat peculiar to Irish bogs – an earthy label in more sense than one that will showcase emerging folk and pop artists close to his heart, released on 7″ vinyl only.

With the label launching this weekend at Soho’s House Of St Barnabas, and the first batch of 5 x 7″s on the way, we visited Andrew in his underground musical repository in Shoreditch to hear about his own roots in record collecting and his unlikely love for rockabilly, that ghostly strain of North American music that emerged as white rock and roll collided with black RnB in lindy hop saloons around the country.

Subscriptions to the label open on Sunday 21st June and you can keep up to date with all the goings on at Moine Dubh on its Facebook page. In the mean time, find out more about the launch event and book your tickets here. 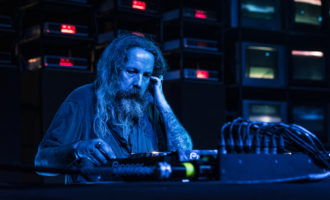 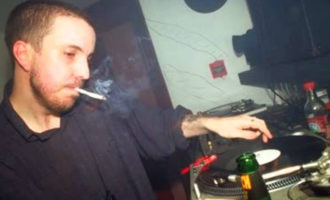 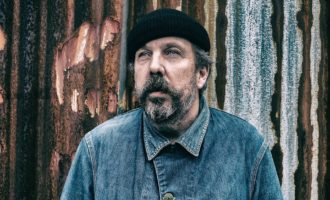