An exploration of Ryoji Ikeda’s data-verse trilogy – a dazzlingly, aesthetic investigation into the science of the natural world.

Ryoji Ikeda’s relationship with data began over 15 years ago. Utilising creative coding, Ikeda has since developed an audiovisual language, in order to explore what he terms “an aesthetics of data, information, and computer science.”

RYOJI IKEDA show at 180 The Strand features the world premiere of data-verse 3 – following data-verse 1, which premiered at the 58th International Art Exhibition, La Biennale de Venezia in 2019, and data-verse 2, which was unveiled at Tokyo Midtown in 2019.

The exhibition will mark the first time these three works are shown simultaneously: “three screens will be showing at the same time – for the first time, and probably for the last time, so this is a really special occasion,” shares Ikeda.

Commissioned by Audemars Piguet Contemporary, data-verse represents Ikeda’s crowning technical achievement. “Data visualisation is really difficult,” admits Ikeda. “But the most essential, important point is that you have to understand the science first.” 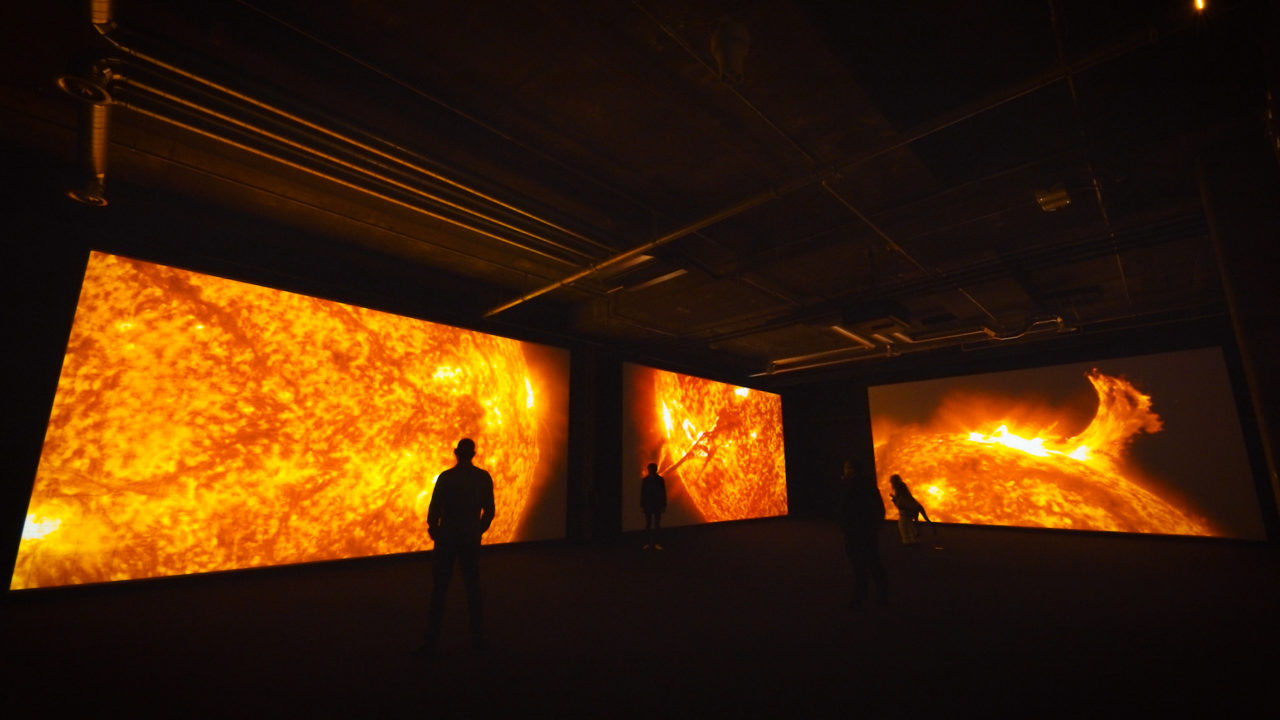 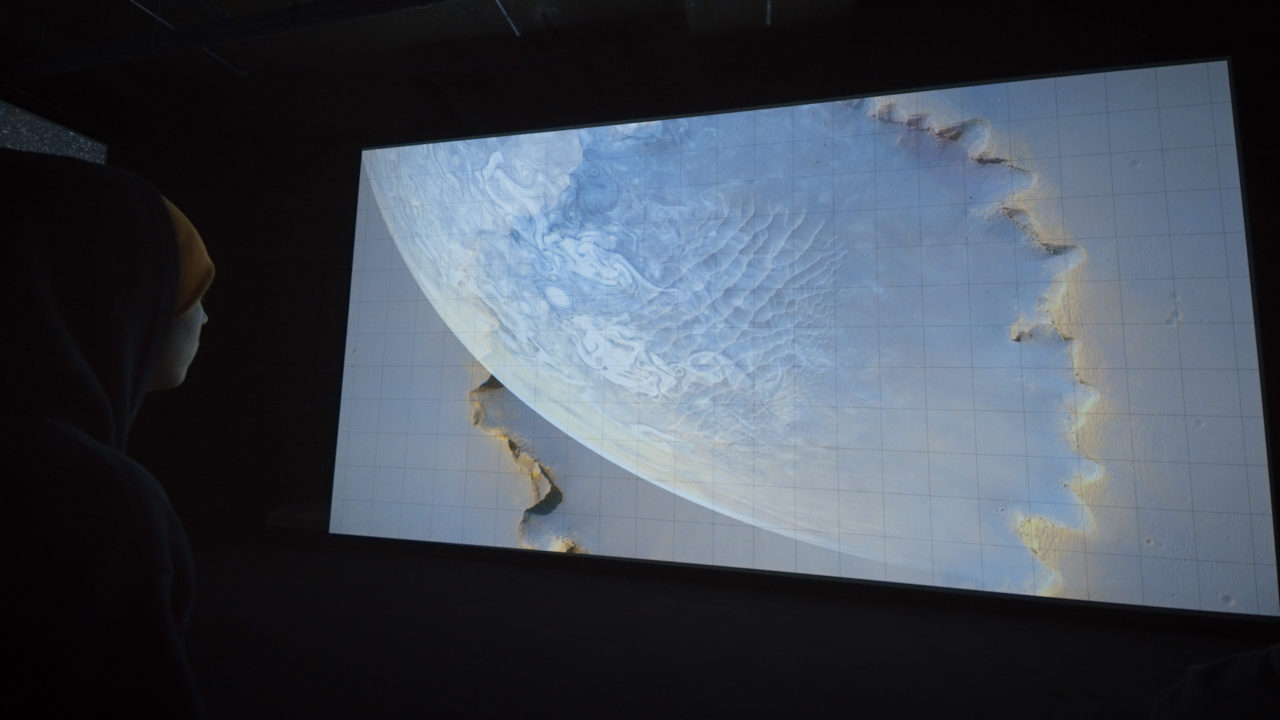 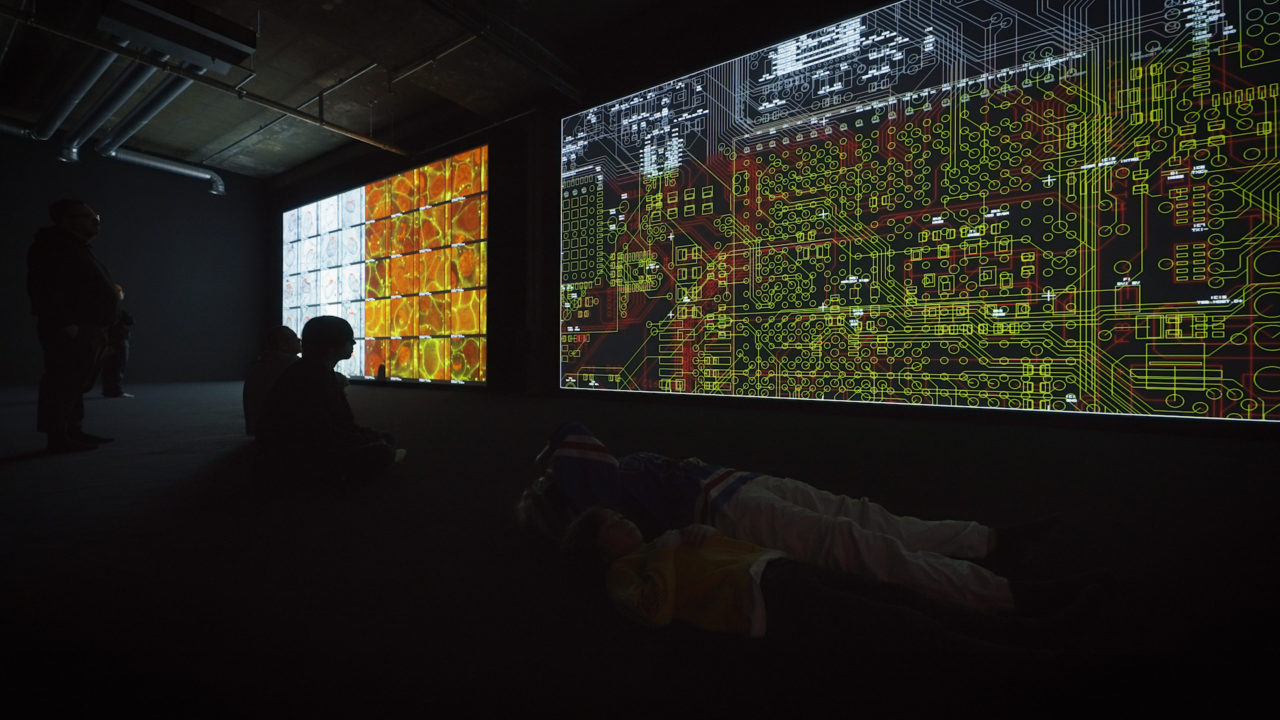 Working from vast data sets lifted from research conducted by NASA, and the Human Genome Project, Ikeda folds DNA sequences, galactic coordinates, the structure of proteins, quantum physics, and cosmology into the installations. The raw data is processed with self-written programmes, to be projected in three monolithic audio-visual presentations: his data-verse. The result is a staggering, perspective-altering exploration of the scale of the universe that verges on the psychedelic.

Speaking about its inspiration, Ikeda shares: “I just wanted to understand what nature is. This 15-year journey was actually to study, from scratch, because I dropped out of school.”

“I don’t know anything and I hated learning anything at school, but through the project I kind of understand most of the science, from quantum mechanics and particle physics to cosmology and astrophysics.” By examining the mathematics of scientific phenomena, Ikeda is able to approach complex in an innately accessible way, something that guides both the methodology and execution of his art.

“Data is really a building block of information, like a note or a frequency,” he explains. “A composer composes all these notes and sound into music, so I wanted to try to compose very big, complicated scientific data, which is actually fact, into a single artwork.” Likening it an ensemble orchestra, data-verse’s spirit is inherently musical. Its three iterations represent self-contained parts of a symphonic whole, a meticulously designed composition of architectural structure. “There’s no room for improvisation or jazz so you have to prepare, exactly like an architect.” 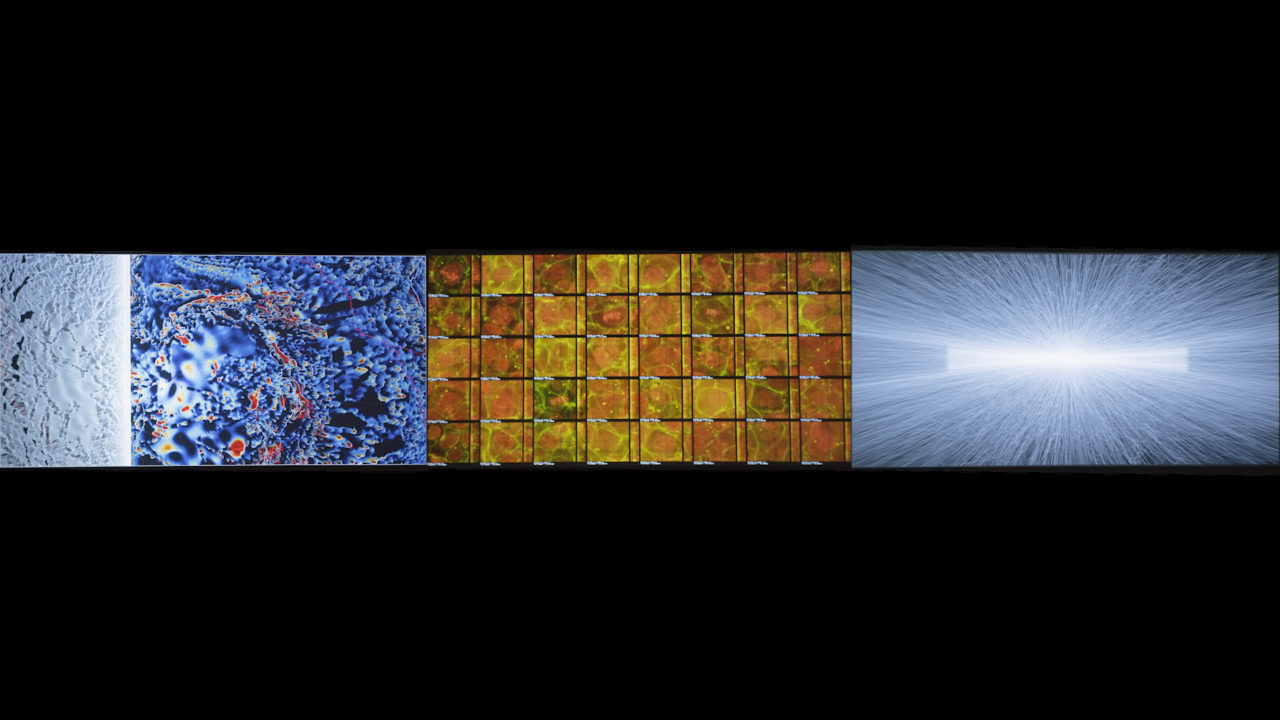 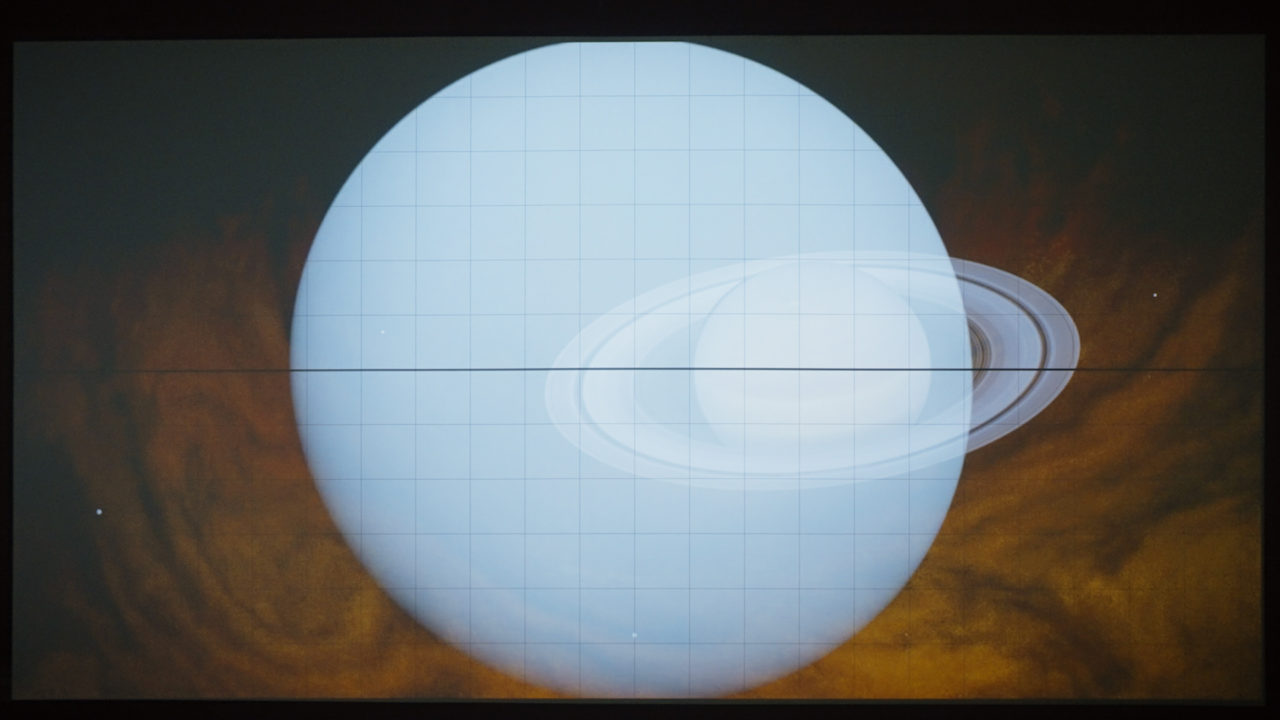 “I don’t need to show techniques anymore,” he reasons. “It’s not about techniques, it’s more essential points. I’m setting out what I do in the future, so to depart to the new direction, data-verse was a very important process to reach this point.”

data-verse features as part of Ryoji Ikeda’s upcoming RYOJI IKEDA show, at 180 The Strand. Produced and curated by The Vinyl Factory and Fact in collaboration with Audemars Piguet Contemporary, the exhibition follows five years of collaboration between Ryoji Ikeda and The Vinyl Factory, which includes the UK premieres of Ikeda’s supersymmetry in 2015, and test pattern [N°12] in 2017, as well as several vinyl albums and new commissions. The exhibition will present 12 large-scale, multimedia works, six of which will be premiering on the global stage, and five will be showing for the first time in the UK.

RYOJI IKEDA is open from 20th May through 1st August 2021, at 180 The Strand. Tickets are available here.

Please note: Entry is via pre-booked ticket only. 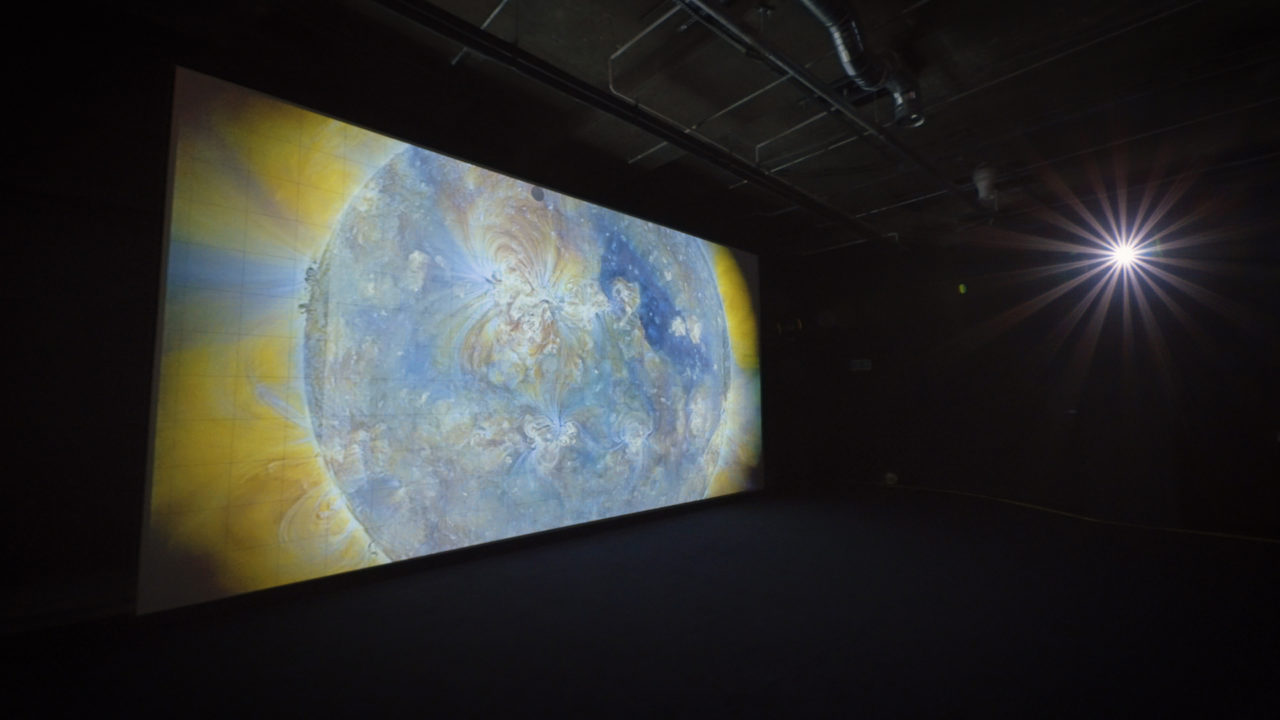 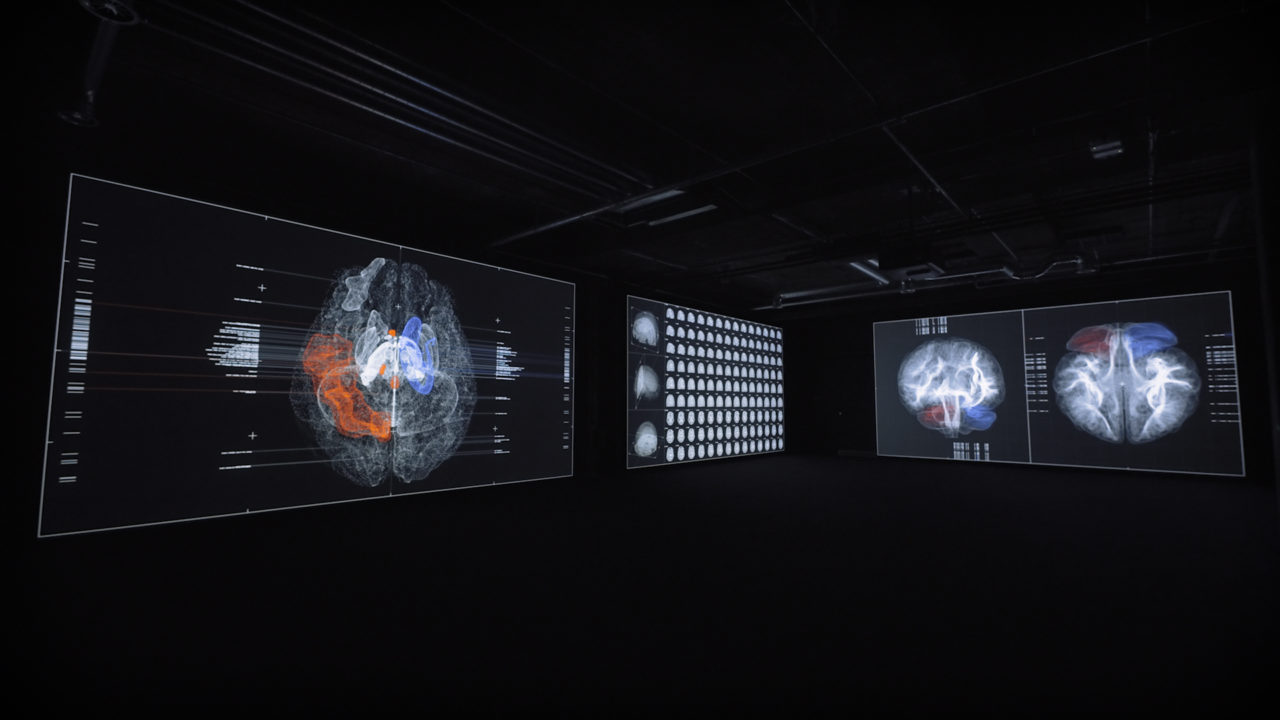 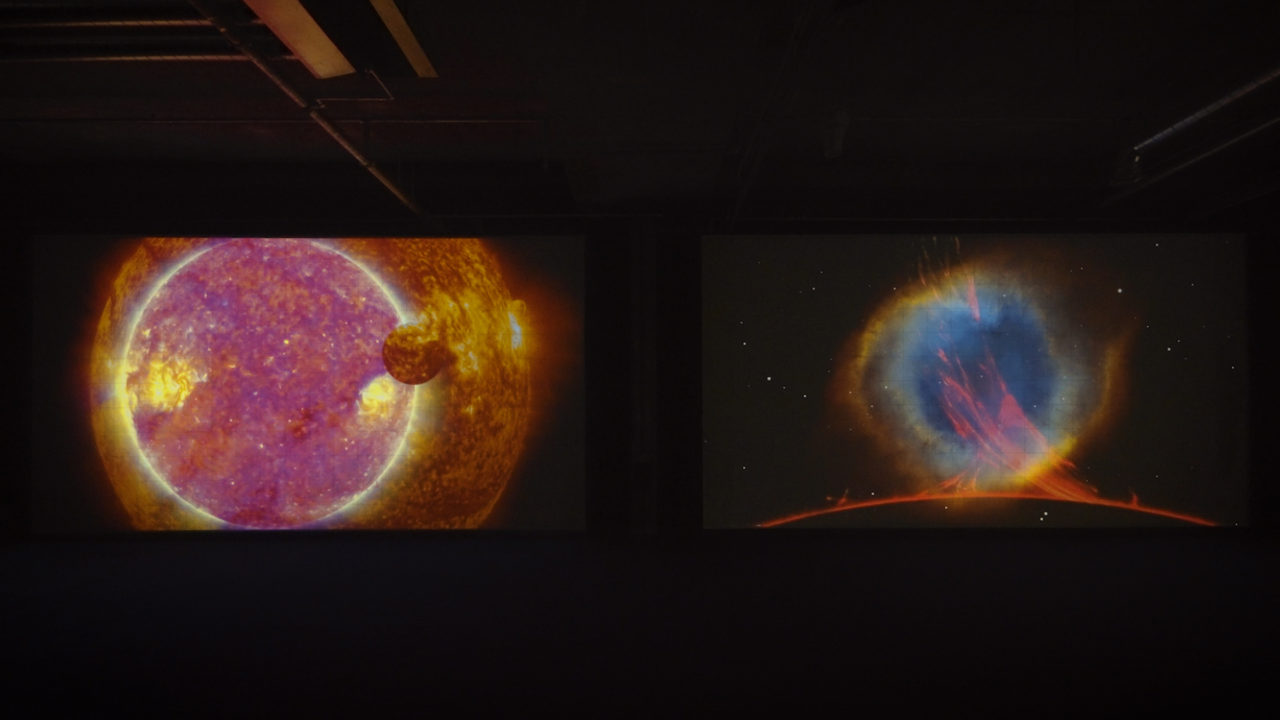