Jason Moran’s STAGED resurrects the spaces that defined the music.

Originally displayed at Venice Biennale in 2015, jazz pianist, composer and artist Jason Moran has recreated two of New York City’s most iconic jazz club stages to interrogate the social and artistic impact the spaces had on the music.

The life-size installations focus on two defining, but very different clubs; Harlem’s Savoy Ballroom, whose large open dancefloor and cacophonous band shell was built for lindy hopping mid-towners getting down to the greatest swing bands of era; and the soft-padded stage of the Three Deuces on 52nd Street, which was an incubator for be-bop’s hard grooving pioneers like Charlie Parker and Max Roach.

Bringing the installations home to New York City for the first time, Jason Moran’s STAGED will feature both sculptures STAGED (Savoy Ballroom 1), 2015
and STAGED (Three Deuces), 2015 and opens at Luhring Augustine’s Bushwick gallery on 29th April, a touchstone for investigating the visual and architectural history of jazz in the context of the city’s rapidly changing social fabric.

Accompanying the original exhibition, Jason Moran has released a three track EP of original recordings, which are available for purchase here. 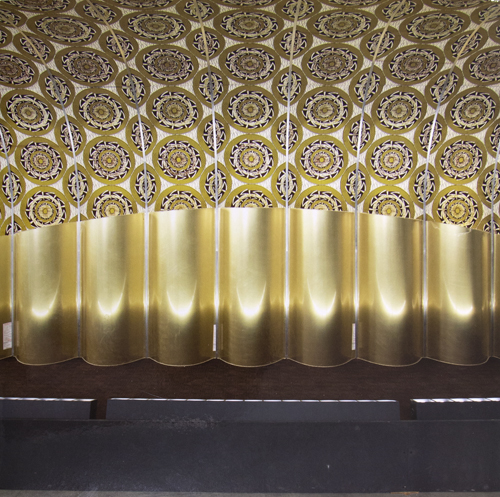