“You can never be too convincing”: Kosmischer Läufer’s Top 10 Krautrock records to run to 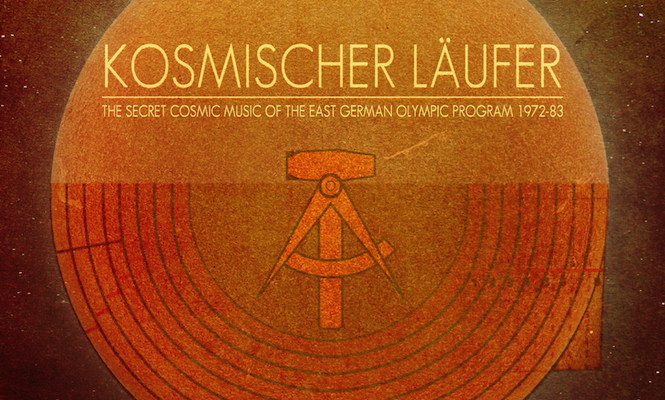 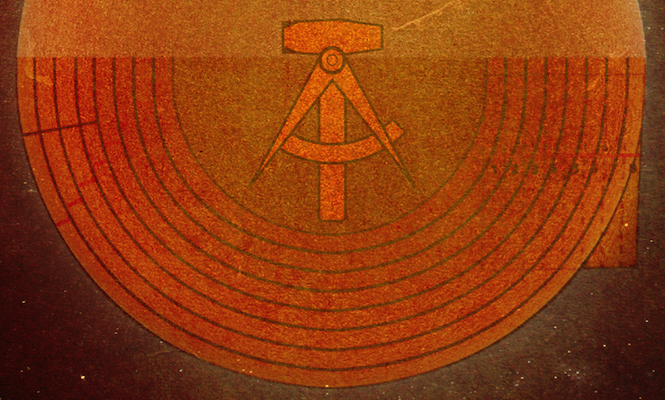 The thing is, no-one can quite make up their mind about whether it’s the real deal or an immaculate pastiche. A ruse to rival the best of them in the genre’s fine history of forgeries, Kosmischer Läufer was called out by SPIN journalist Philip Sherburne in his article “Olympic-sized hoax? ‘Lost’ Krautrock warm-up tapes mysteriously surface” upon its initial release, but despite the skepticism, has since completed a successful Kickstarter campaign to be pressed to vinyl.

With McFadyen’s characterization of Martin Zeichnete – like the music he is supposed to have composed – near-flawless, we spoke to the man behind UCR to try and tease out a few answers. To begin with, Zeichnete (past tense of “to draw – i.e. “drew” in German) seemed like the perfect pseudonym – obscure but not impenetrable; the strategic clue, left to be discovered – but when pressed McFadyen revelled in the enigma: “obviously Martin Zeichnete is not his real name, he doesn’t want to use his real name. It was his idea of a joke to use Zeichnete for his pseudonym. German humour eh”.

And the story goes like this. While on tour with Yann Tiersen 18 months ago, McFadyen met Zeichnete in Berlin and the two bonded over a mutual passion for analogue synthesizers. Native to East Germany and a keen runner, Zeichnete was working at Dresden’s DEFA (DDR’s film studio) in the early seventies when he had a brainwave while out jogging. What if you could compose electronic music specifically for athletes to train to? Inspired by West German cosmic music – specifically Neu!’s “Hallogallo” and the motorik beats of early Kraftwerk and Cluster records – Zeichnete floated the idea to colleagues and before he knew it, was whisked from his day job to a secret location by the East German Olympic Program and charged with turning his vision into reality.

Over the course of eleven years and taking advantage of the newly invented proto-Walkman the Stereobelt, he composed music for runners, gymnasts and even ice dancers, before the plug was pulled unexpectedly ahead of the boycotted Los Angeles Olympics. Having revealed this to McFadyen (an “interview” between the two tells the story in greater detail) Zeichnete sent him a packet of cassettes, and the rest, should really have been history. 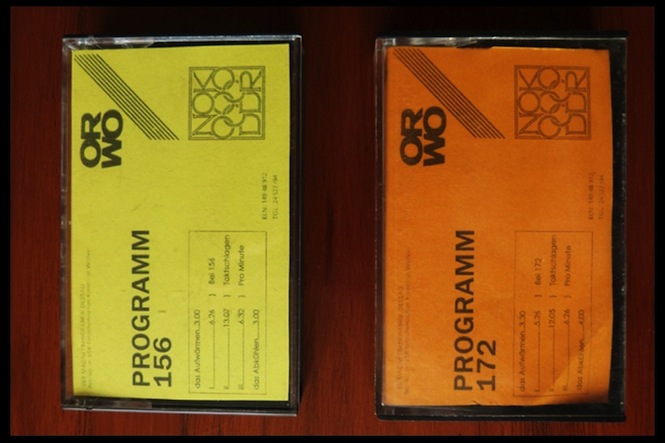 Talking to Drew, there were moments when the story seemed just about convincing, others when he seemed to exult in the charade. Asked whether he expected so many people skeptical of the recordings he replied “Oh yeah totally, I was skeptical. Maybe Martin’s lying to me, I don’t know”. I could almost hear the cartoon glint in his eye. And yet, during my rather feeble attempt at a cross-examination, the thrill of uncovering the myth behind Kosmischer Läufer was trumped by the joy of indulging it.

To treat the release like a riddle to be solved was feeling less and less like the point. “Music is music and all music has takes about the musicians that created it. Ziggy Stardust was not from Mars” quipped McFadyen who admitted that of those who have challenged the tale of Martin Zeichnete and the secret music of the East German Olympic Program “nine out of ten think “this story is utter bollocks, but the music is really good””.

For those who have financed the vinyl release via Kickstarter, McFadyen is promising further clues. A second interview, printed on A4 paper and torn into one hundred pieces will be distributed randomly inside the record sleeves to mimic the shredding of documents by the East German secret police the STASI and the so-called “puzzlers” who are reassembling them. It’s a nice gimmick that only serves to make the whole thing seem just that little bit too convincing. Challenged on this, McFadyen laughed; “you can never be too convincing”.

To mark the vinyl release of Kosmischer Läufer and with Martin Zeichnete in the shadows, we asked Drew to further bolster the myth by picking the top 10 “real” cosmic/Krautrock records to have inspired the release. Here they are.

The kosmische/krautrock tag covers such a broad spectrum of sounds the only thing some of the bands had in common was a time and a place. From trippy psychedelia, smooth motorik electronic synthscapes to terrible, terrible experimental wank it’s difficult to give any kind of brief overview of it all. The collision of the avant garde, radical politics, electronic innovation and a year zero attitude in 70s West Germany let to some incredible music who’s influence is felt to this day. There’s no room on this list for greats like Can, Guru Guru, Tangerine Dream or Popul Vuh or oddities like Frankie Dymon Jr’s 1971 album ‘Let It Out’, (check it out!) but hopefully these songs are a good starting point.

These then are ten tracks that drifted across the Wall from West Germany and inspired Martin Zeichnete’s work on Projekt Kosmischer Läufer in the DDR. 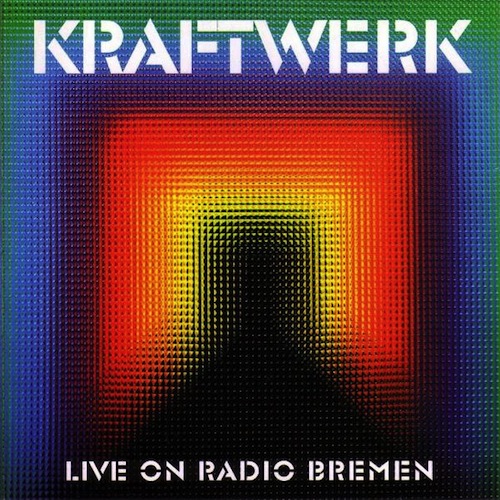 I could fill this list with Kraftwerk and Neu! alone but that would be no fun. That said I’m going to sneak both of them in on one track. In 1971 Michael Rother and Klaus Dinger of Neu! joined Florian Schneider for a short period while Ralf Hutter went back to school/went cycling. And lo, Kraftwerk briefly become an awesome sludge/drone rock band immortalised in this fairly recently released radio session. Imagine the look on Ralf’s face when he got back. 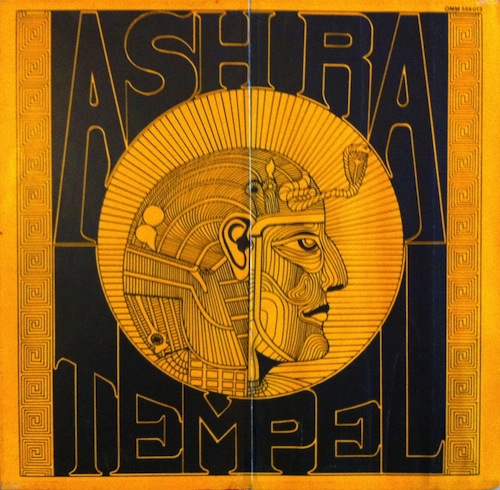 Probably the definitive ‘one track takes a whole side of an album kraut guitar drone freakout’. Unlike many of its imitators, then or since, it doesn’t outstay its welcome due to its kicking so much arsch. Epic. 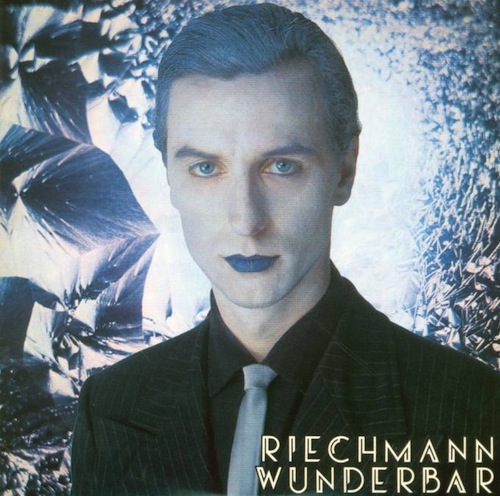 Another from the Düsseldorf School. Tragically Wolfgang was stabbed to death in a random attack before this record was even released. Huuuugggge ARP sounds and a big simple melody drive this 8 minute star trip. It wouldn’t be too long after this that bands began the move to digital synths and all music became shite. Maybe I’m exaggerating. 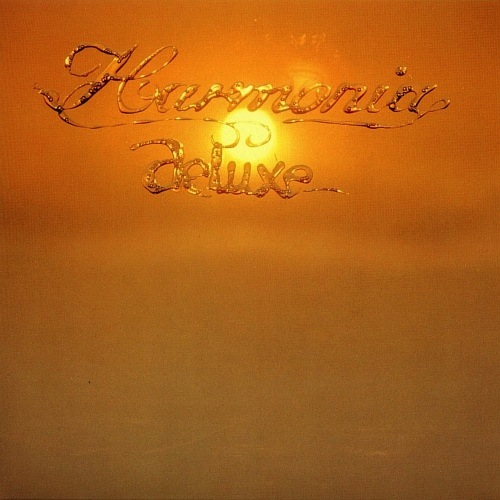 Fantastic pulsing opener to Harmonia’s second album. This project saw the guys from Cluster work with guitarist Michael Rother. It’s interesting the way these bands had what appeared to be a revolving door policy of membership. A sign of a more freewheeling collaborative time or a bunch of insufferable egoists who couldn’t get on for more than one or two albums? YOU decide. 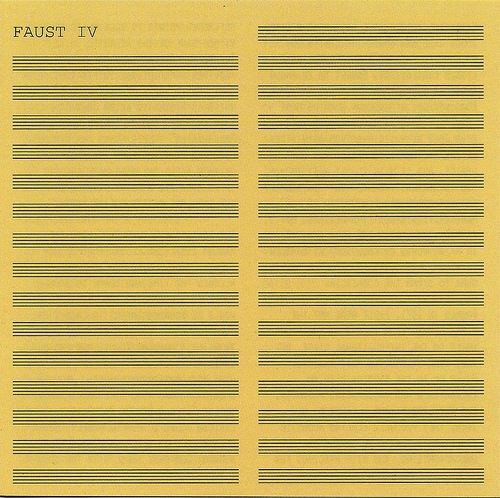 I have a copy of Faust’s first album on (brown) vinyl that is so scratched the needle jumps all over the place yet this makes no difference to the listening experience. Is this good or bad? No idea. Some kraut bands changed style album to album but Faust abruptly change style mid song, mid verse, mid note. This track from Faust IV has trippy ’60s psychedelia , deep space noise and a Jools Hollandesque unwanted boogie woogie piano interruption at the end. Avant garde but taking the piss in the best possible way. 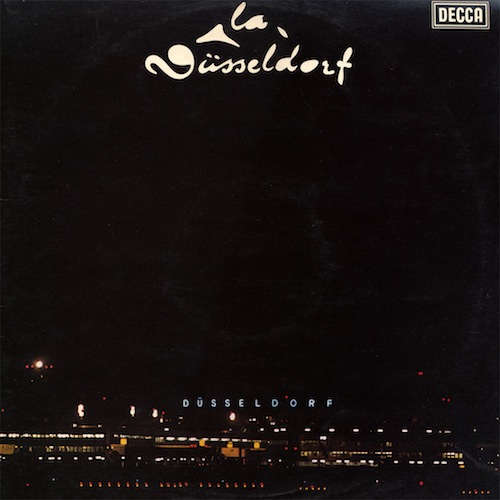 This was the first record I heard that was described to me as krautrock. A good place to start. Klaus Dinger(again) teams up with brother Thomas for this post Neu! band. Pop, motorik, punk and FUN. Produced again by the genius that was Conny Plank. 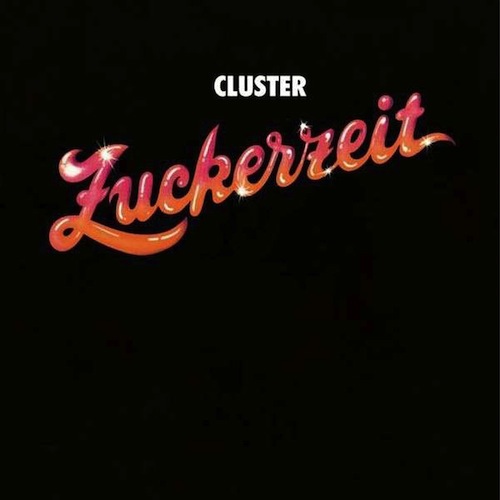 A continuation from Kluster with a K, Cluster with a C gradually move from amorphous ambient proto industrial noise, (seminal but difficult), to this. Dieter Moebius and Hans-Joachim Roedelius having worked with Mick Rother(again) on Harmonia discover brevity, rhythm and tunes. 1974’s Zuckerzeit and the follow up Sowiesoso are fantastic albums. Also check out the two records they did with Brian (“David, listen to this!”) Eno. 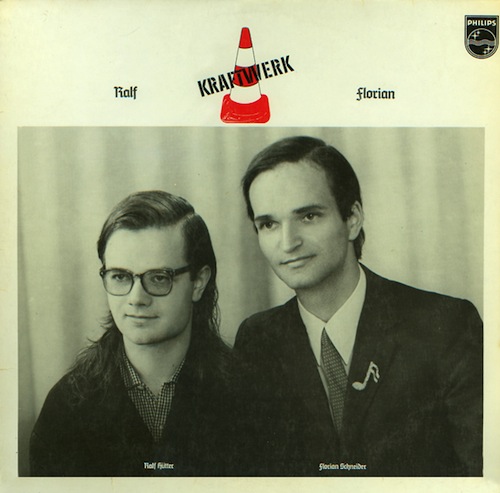 Nothing more to add that hasn’t been said about Kraftwerk a million times already. The Man Machine (1978) is probably my favourite Kraftwerk album as a whole but Tanzmusik from 1973s Ralf & Florian catches them at an interesting time with the music transitioning between their more pastoral classical trip to the electronic machine sound which would change music forever. 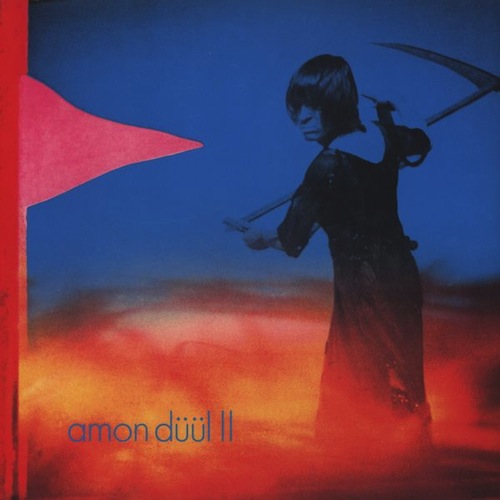 It took me a long time to get round to Amon Düül II because I found Amon Düül a bit düll. From the awesome Yeti album this piece of kraut garage rock has a killer riff and a standout vocal by Renate Knaup. Standout in that kosmische was mostly a girl free beard stroking serious boys only club and it appears John Lydon was listening to this a lot around the time PIL started. 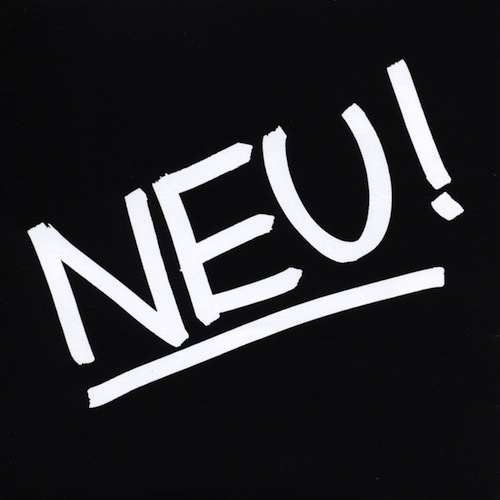 Martin thinks the first Neu! album is their best but this is my list so Neu! 75 it is. I could have picked Isi or Hero but today Seeland is my favourite. Just beautiful, beautiful music, one of my favourite records in any genre. The album has two distinct sounds with Rother and Dinger taking a side each as they moved further apart musically. Amazingly it works as their most cohesive album. They wouldn’t work together again for a decade. It’s the sound of a band splitting up beautifully. (Achtung! Avoid 80s NEU! like the plague.)

Find out more about Kosmischer Läufer here and check out the successful Kickstarter campaign here. The vinyl release is planned for the end of September.