With pieces by 21 film-makers and video artists spread across three floors of The Store X, 180 The Strand, the sheer volume of work on show in Strange Days: Memories of the Future poses a question of the audience: How do we navigate the competing stimuli of the digital world and retain a sense of ourselves in the process?

One film that explores the notion of identity and social media directly is Wu Tsang’s The Looks, which manages to captivate through the humane charisma of the film’s protagonist Bliss. Played by Tsang’s frequent collaborator, the artist and performer Boychild, Bliss is an alter-ego dreamt up by Tsang, inspired directly by Boychild’s performances.

Screened in a room that must be entered without shoes, The Looks is a visceral experience. With sequinned skin, and a mouth that flickers with LED light, the otherworldly figure of Bliss/Boychild, gives a stadium performance of a pop song undercut with a surprising wistfulness. The line between Bliss and Boychild – avatar and human – is in constant negotiation.

Tsang makes films that are, by her own categorisation, “hybrid magical realist doc fiction.” The artist and filmmaker’s practice is bound up in the relationship between performance and music. Her recent works include All It Took – a film with the singer Kelela, and Into A Space of Love, which explores the origins of house music in New York.

Performance and filmmaker artist @wu_tsang has been awarded as one of 25 recipients The MacArthur Foundation (@macfound) ‘Genius’ grant ‘for creative people who inspire us all’. Her film ‘The Looks’ is currently screening at The Store X, 180 The Strand as part of ‘Strange Days: Memories of the Future’ #VFartists _________________ #wutsang #strangedays

When we speak over the phone Tsang is in Berlin, where she is currently researching and preparing for an exhibition as part of her year-long residency at Berlin gallery Martin Gropius Bau for its In House: Artist in Residence programme. Bliss, she says, is “a sort of a futuristic pop star who, when she performs, [is] able to access different dimensions of reality, and ultimately time travel.”

The Looks sees Bliss stage “very professional gigs” for PRISM, a corporate entity “kind of like a social media conglomerate.” It is an episode of a larger project, A Day In The Life of Bliss – “a science fiction film” – that the artist has been working on for the past five years with Boychild. Tsang is drawn to science fiction as a genre, because of the possibilities it affords to comment on the contemporary: “it’s really [a] mirror on what’s really happening.”

A Day In The Life of Bliss began as a short story that Tsang wrote between 2013 and 2014. Meant to function as a template for the film, the original story was premised on the idea that “in order to proceed into this prism you turn on your channel, so everybody was just watching each other, all the time, in real time.” It’s a prescient work, conceived, as she points out, just prior to any of the social networks adopting live feeds.

Though reluctant to be “judgemental”, Tsang is ambivalent about the onset and effect of social media. “I just had some very doomsday-like instinct about how I wanted the story to go. The more that I researched… to try to expand the backstory, the more paranoid I became, to the point where I really question social media, in general. At this point, I think a lot of people do.”

“I think the thing that I often encounter is a feeling of resignation – well you know, everyone’s doing it so I have to do it. Who cares about my life? If everyone has access to it, I’m not doing anything. But I think what’s important to think about, is that by participating in a system, we ultimately enable corporations and governments to reach deep into our so-called privacy.” In The Looks, Tsang sought to explore “the ways in which surveillance and the currency of visibility are being used against us, and some of the feelings and ways that we try to resist that.”

From early on in her career, Tsang’s work has been concerned with the possibilities, and simultaneous precarity, of club spaces as sites for queer communities. In 2007, having recently moved to L.A. from Chicago, Tsang and some friends, including the DJs NGUZUNGUZU and Total Freedom, began hosting a night, Wildness, at The Silver Platter. A historic MacArthur Park bar, The Silver Platter had been host to L.A.’s tight-knit queer Latin community since the early ‘60s. Wildness, and the young, art-school crowd it drew in, upset the ecosystem of the bar, and the influx of new customers created unwanted press attention. The experience of hosting Wildness would influence Tsang’s 2012 breakthrough film of the same name, in which the bar itself narrates the advent of the party (in Spanish), and how it came to compromise the identity of the nightclub. A “coming of age story,” as she puts it, the film charts its protagonist’s “naivety” and developing awareness of their own position within the wider fabric of the community.

Reflecting on how the landscape has changed since making Wildness, Tsang says, “I think the big shift for me, post-Wildness, was contemplating this question about underground spaces, and if they can be said to exist anymore… [The Silver Platter] was a space where people would just go – a physical convening. I think something that’s shifted in the last six years is that phones and social media really mediate a lot of underground spaces, or so-called underground spaces. I think the idea of having a community in one fixed location where we know we can always find each other has shifted to something that’s more migratory.” 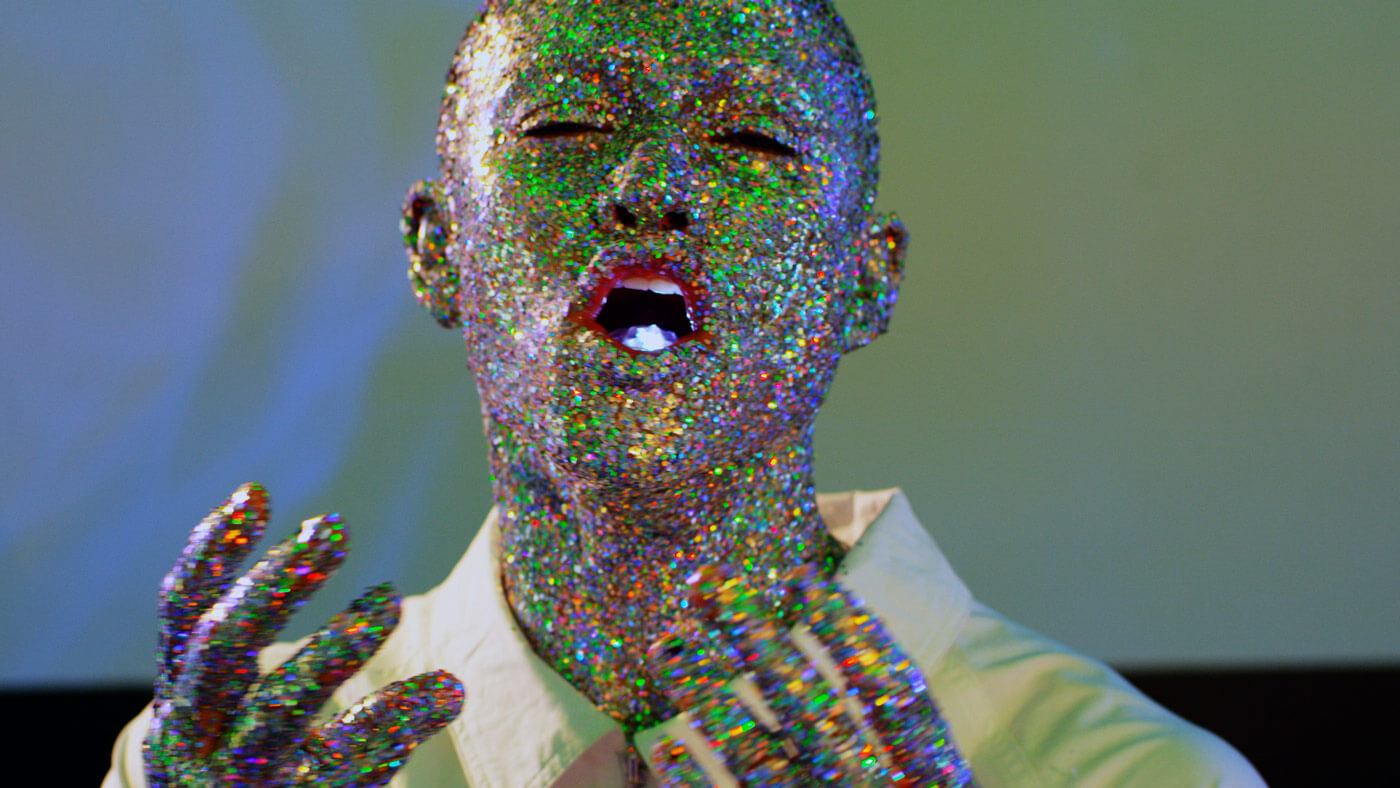 However, Tsang is resistant to “putting a value judgement” on this notion of current club spaces, or to idealising any previous time or space as more authentic. Instead, she’s more interested in processing change than in trying to return to one moment in time. If the present offers a “new ability to find connections and reflections across vast spaces,” what’s lacking in the current definition of the underground, as she sees it, is “some sense of physical contact.” That’s not to say this can’t be supplemented: “Boychild’s performance really embodies this for me – and it’s why I feel she’s a good performer to collaborate with to explore these issues. Her performance is very much rooted in a sort of body language and a presence that you’re not even necessarily able to put into words, but it makes you feel things.”

This theme of non-verbal communication is fundamental to Tsang’s work. Growing up bi-racial in a multi-lingual house shaped her own fluid definition of language. “It’s not a foreign concept to me to be between language, or to be without language,” she says. In the communities she has documented, and been a part of, she’s been particularly interested in internal, unspoken codes: “I think that there are so many ways in which underground scenes form and create atmospheres of support for people who need it, and it’s so much about knowing the codes, knowing what to look for… and that’s everything to do with language, that’s everything to do with how we communicate with each other.”

Tsang and Boychild’s exploration of the relationship between language and music is exemplified in The Looks. For the films Tsang makes, performance is invaluable in its ability to eschew narrative convention, and generate its own language. “Performance becomes a way to tell a story in a different way, rather than just sitting people down for an interview and having them talk about their lives.” The Looks is a vision of a near future, outside of the constraints of conventional storytelling.

The Looks is currently showing at The Store X New Museum’s Strange Days exhibition, which is open until 9th December. Click here to find out more.