OK, so you’ll have to go with us on this one, but not so much a selection of external place rather than one of internal being, Kenji Takimi’s ten records tackle the feeling of loneliness, something pretty crucial when thinking about where we feel most comfortable. In his own, enigmatic words: “Here I have a collection of the 10 records which have nothing especially musical in common with each other, but include both old and the latest records. Speaking personally, I feel that these records have a similar kind of ambiance.

I could say yes to Loneliness, in a positive sense and I consider that it is not on the floor but in the brain. There is a feeling of some sense of “Loneliness” of the artist him or herself. I‘m attracted to feeling like that again. So I guess this idea is included in my selection. Loneliness sounds best on the floor, it is not solitude after all…

The original version is so good, but I prefer RuF Dug remix which has such a great sound. This is one of the best 12″ vinyl records this year.

This is Romanian minimal style but it’s clear sounds and sense of balance is so good. This is sound sculpture, like the proper sound of contemporary arts. Reminds me of Terry Riley In C.

Expanding and moving, all the elements within this track are amazing. This is one of the best tracks of 2013.

This has quite short & very simple tracks but it’s given me a lot of imagination. Less is better. As house music this is slightly outside of my taste in house music tough. I’m putting this track on my official mix CD “Xland Records Presents Xmix 03”

“Anti Poll Tax Dub Version” by David Morales is only the B side on the promo copy. It keeps a low bass line and a floating key phrase. This is very good deep house. I often play it when I look for something in a good mood on the afterhours floor.

This has a really good time sensation and vibrations. Imagine, it’s fun to think about how this came out even though he is the pop star of the century.

This album is one of the standards for me. I’ m able to get a feeling for what’s going on in my mental state when I play this. These are high quality recordings and their bitter taste and deeply clear sounds are magic.

I have been continually playing this one for more than 20 years. Although this is a cover version of the Rolling Stones, as a musical performance the balance between the light, dark and the vocals is great. The break is cool as well.

This is the most beautiful track I heard recently. The album was also so good, there are some good remixes on it as well. The A&Rs on this label are smart, aren’t they?

This album is the one forever for me. This made me create my music and expanded my world, and always gives me a new discovery. It is not only music, but also the cover has good sense. The format and the artwork are important too. I would like to listen to this music at my funeral if I’m going to pass away… 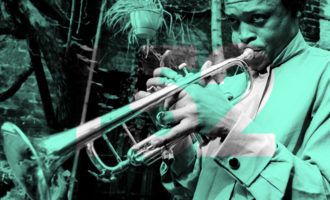 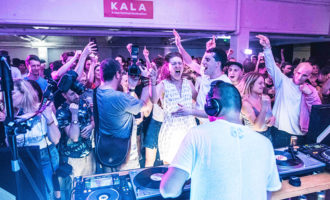 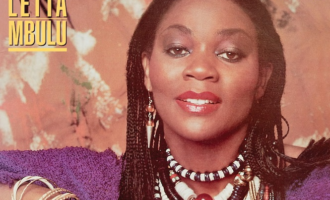