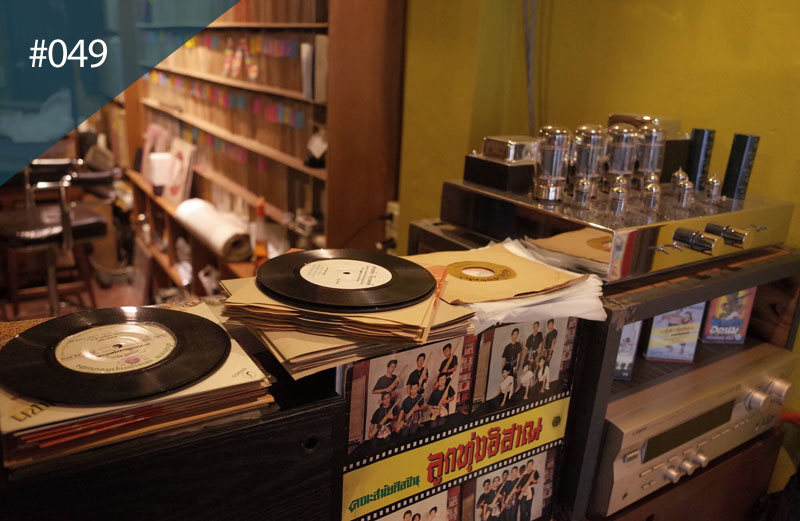 Having visited Hear Records in Singapore, our next stop in South East Asai takes us to the Thai capital of Bangkok and the HQ of international Molam institution ZudRangMa records.

Paradise Bangkok affiliate and record shop to the increasingly legendary Studio Lam club, ZudRangMa Records has a reputation as the go-to for heavyweight Thai psych, garage and funk that’s infiltrated record bags around the world.

Go for: Luk Thung and Molam.

What’s the story? If you’ve got any Thai records in your collection chances are they’ve passed through ZudRangMa. The Bangkok affiliate of fantastic Anglo-Thai label Paradise Bangkok – who reissue the best in fuzzed out psychedelic Luk Thung and tour the world with their Molam International Band – ZudRangMa is as much an archive for Golden-era Thai pop as a record store.

Run by DJ Maft Sai, who oversees the shop, the Thai arm of Paradise Bangkok (with Chris Menist) and club and bar next door Studio Lam, the project has been instrumental in opening Thai ears to local music for the first time in decades. Formerly decried as “country music”, Molam and Luk Thung have also made a big impact abroad, sold through shops like Soul Jazz in the UK as “Thai funk”, housed in stitched cloth sleeves.

Since throwing his first Paradise Bangkok party in 2009, Maft Sai and the ZudRangMa empire has grown rapidly, of which the shop is undoubtedly the HQ. Stocking traditional Thai albums and 45s, it also brings a selection of African, Latin American and contemporary releases from like-minded labels around the world to the Thai capital, as well as shipping direct to customers concentrated in the Europe, Japan and the USA.

If you’re lucky enough to go in person however, you’ll be overwhelmed by the selection and the advice on hand, with a stop off at neighbouring Studio Lam a must for a glass of mekhong and a chance to here the latest Molam revivalists making waves in the city.