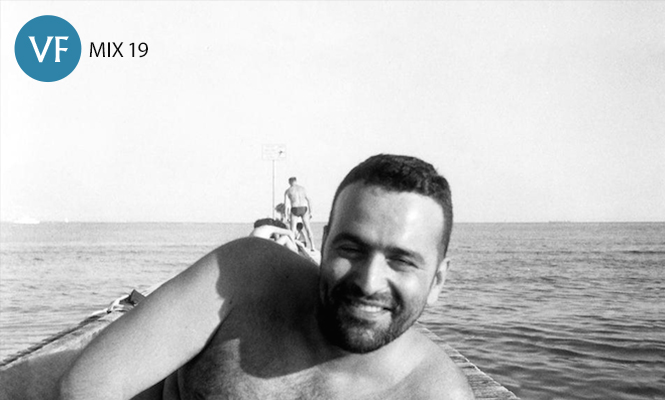 For a moment, picture yourself drifting lazily in the open ocean, wrapped in the ethereal beauty of a starry sky, the wind softly lulling back and forth. Sound good? Well, that’s the escape offered by Gigi Masin here, in a rare vinyl mix.

A master of the sublime, Masin’s own work has been sampled by the likes of Bjork and To Rococco Rot and his albums attract feverish acclaim, with Wind, Masin’s privately pressed debut, a coveted rarity for deep-pocketed collectors.

It’s from this album and a selection of Masin’s other released and unreleased works that Music From Memory recently drew Talk To The Sea, a beautiful double LP retrospective celebrating the ambient pioneer.

Keen for a peak inside his record collection, we invited Masin to record a mix for our vinyl-only series. As we hoped, it’s 60 minutes of pure bliss – the perfect late night soundtrack.

To put the mix into context we asked Gigi Masin to share a few words on a selection of records – see below for that and keep scrolling for the complete tracklist. From the amazing Happy Sad album in 1969 Buckley started to sing in a new way and was the beginning of his experimentation in sound and harmony. Drawing on jazz and folk music with his vocal range to match Van Morrison’s, Buckley blasts open traditional song-structures to create free-floating, impressionistic pieces. Written by saxophonist Jim Pepper, this tune shows how magic could be Oregon’s texture, with a stunning piano performance by Ralph Towner. Jazz trumpeter and composer Wheeler was one of the most advanced artists on his instrument. Blessed with a full, passionate tone and an astounding range, sounded equally at home in free jazz explorations or more lyrical meditations or in any other collaborations. Breaking the boundaries between folk, jazz, rock and blues, John Martyn was a master guitar player and a great songwriter. ‘Small Hours’ was recorded late at night in the garden, and the presence of ambient sounds give to this track a unique sense of space and loneliness. Mostly known for his folk and social protest songs, Gaughan is a fine musician and a poet.