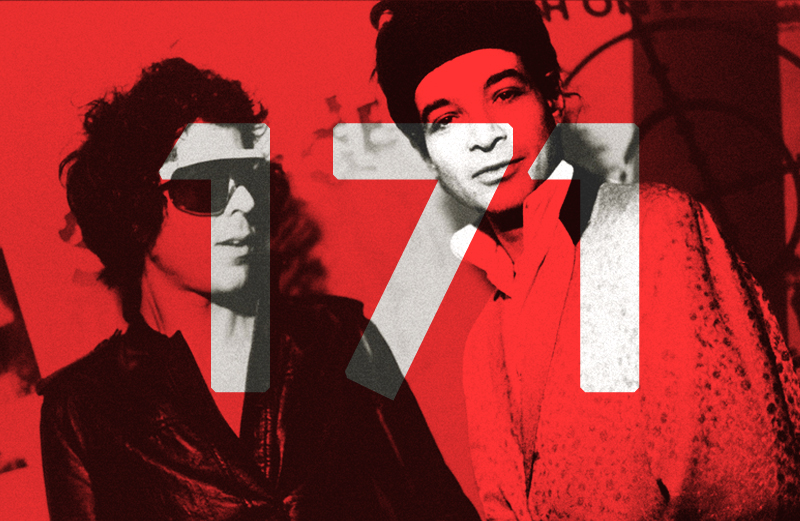 In 1977, Martin Rev and Alan Vega released their self-titled debut Suicide. An album which transcended the new wave-to-no wave sound of NYC’s febrile underground, Suicide was a blueprint for the countless synth bands of the following decade, incorporating electronic instrumentation into a DIY punk aesthetic.

With post-punk royalty in their veins (Dumpé is the daughter of Bauhaus’ Kevin Haskins), the trio recently released their debut album on Stones Throw, drawing on the DIY scene in LA and an affinity with the early ’80s NYC that Suicide were a part of.

Listen to the mix above, read Saxon’s introduction and check out the tracklist below.

“Traditionalism doesn’t exist in the world of Suicide. Even the name reads like a middle finger to mainstream music. That rebelliousness is what drew me to them when I was a teenager. From album to album they vacillate between funky dance bangers like ‘Televised Executions’, to noisy and raucous tracks like ‘Rain of Ruin’, to challenging work like ‘Harlem’. But none of it is like anything else you’ve ever heard before.

“You can’t really just put on a song like ‘Harlem’ with your friends and play cards, unless you want to freak everybody out, which can be fun! Generally though, I find a song like that is best experienced alone. And it’s not for everyone, which I like. The uninhibited, emotionally raw, DGAF attitude is what inspires me musically, and in life. When I’m stuck in a rut, I can always look to Suicide to smash it open.”