VF Mix 14: Colleen traces her influences from Can to Wu-Tang Clan in our new vinyl-only mix 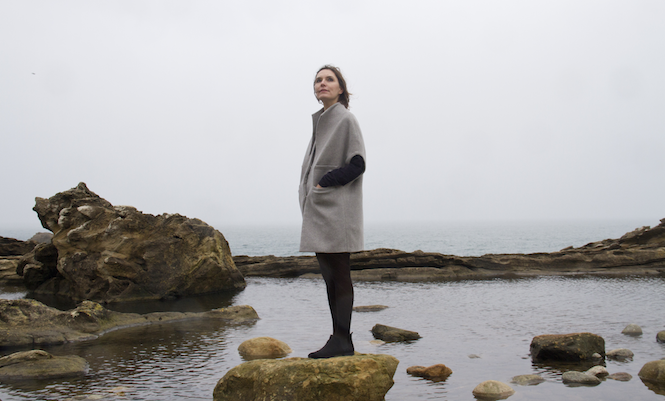 The latest instalment in our vinyl-only mix series sees French musician and producer Colleen provide one of the most personal selections yet.

In launching this as a vinyl-only mix series we hoped to give artists the freedom to step outside of their ‘day jobs’ for a moment and consider the commission as a way to reveal something personal and interesting about themselves. Rather than self-promote, we hoped that keeping things focussed on records would allow them to share a thread that connects their public and private lives and listenings. Here, Cécile Schott has done just that.

Working under the moniker Colleen for almost fifteen years, she has honed a unique sound, evolving from sample-based work on her earlier albums to the immersive song-come-soundscape structures on her new album Captain Of None, released on Thrill Jockey earlier this year.

Rather than provide a short introduction to the mix ourselves, we asked Cécile to talk us through what influenced her selections and how they in turn have influenced her music.

You can listen to the mix here and read her commentary below.

For this mix I’ve chosen to go back over some favourites that I can connect to very specific periods of my life in terms of what I was listening to and where I was at in my own music-making. Some of them I discovered in the past few years, but I would like to tell you about five songs that are particularly relevant to the birth of my Colleen project back in the early 2000s. The connecting thread in this rather rhythm-focused mix is the beatless ‘Boat-Woman Song’ taken from the Canaxis album released in 1969 by Can’s Holger Czukay and Rolf Dammers. I first heard it on David Toop’s Ocean of Sound compilation in the late ’90s and it had a massive impact on me: this sounded like nothing else I’d ever heard, and when I saw that it was from 1969 I was blown away. I think I can safely say that this song planted the seed for the idea that I too could perhaps make music taking pre-existing recordings and turning them into something of my own, because unlike most sampled music I could hear at the time, this one used exclusively acoustic sound sources, thereby making the music sound very different to most other sample-based music. Shortly after this discovery, I got into hip-hop and fell in love with the Wu-Tang Clan’s productions – again often because of their distinctive use of sampling and stronger sense of melody than most of their rap counterparts. ‘Bells of War’ is a prime example of how some of those old Wu-Tang tunes are still sounding fresh and original today. Autechre’s ‘Cipater’ is one of the first truly electronic songs I heard at the time of its release and I can credit it, along with the tracks from LP5, as helping me make the decision that I would NOT use beats in my own music (at least not until my fourth album!). Sometimes it’s really helpful to hear artists that are really great at doing what they do so that you can measure the distance between “good” and “excellent”, and decide what your own strengths and weaknesses are.

Mulatu Astatke is a musician I discovered through the incredible Ethiopiques series, which I first heard on French radio Radio Nova in the late ’90s shortly after I had moved from England to Paris: what a shock that was… I can distinctly remember stopping whatever it was I doing and rushing to the tape recorder on my hi-fi. Subsequently I proceeded to try and find the entire series in the Paris music libraries and listened to them avidly. Nowadays the record market is almost saturated with African music re-releases, but 15 years ago Ethiopiques really stood out, and the music contained in the series carries a peculiar flavour all of its own, really distinctive from everything else on the continent. After that I borrowed all sorts of African music from the Paris libraries and to this day I consider those musics as a strong influence on how I approach playing my instruments. Finally, a word on Can again, with ‘Vitamin C’: surely this was exactly the kind of music I needed to hear at the time (late ’90s) given that I was originally a guitarist and was desperately trying to make music that fell outside the pop rock format, but could not really see how that was going to happen. Along with This Heat, they provided the perfect proof that this was possible, and even though I had to go through a sampling-other-people’s-records phase first (on my Everyone Alive Wants Answers album) before finding my own voice as a musician playing various instruments, I am very grateful that I did hear this music at the time, and am still immensely impressed by the playing and inventiveness going on in these records, not to mention the fact that they were amazingly recorded and mixed!

Colleen begins her US tour on 11th June. Click here for more info.

A new start-up is pressing 'mixtapes' to vinyl every month

Watch Trevor Jackon's new video for 'In Your Hands'