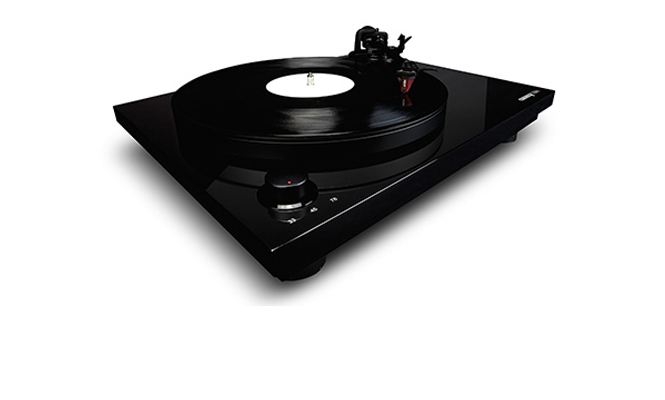 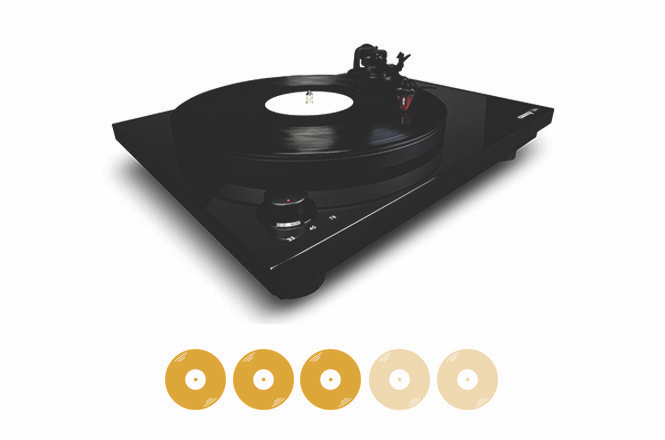 Verdict: Jazz fans and those searching for incisive detail, look elsewhere. Rock and techno fans will have lots of fun, though.

A belt-drive record player with a heavy MDF construction and “anti-vibration” feet, this new turntable arrives with a rather attractive, gloss black plinth, housing a DC motor, connected to the “acoustically-treated” aluminium die-cast platter via a drive belt that loops around the main platter’s inner-ring. The platter then sits atop a spindle system.

The 233mm long straight tonearm was specially designed for the TURN 3, while the supplied Ortofon 2M Red cartridge hangs of the end of it. A curved headshell makes for quick cartridge changing.

TURN 3 is operated by a master switch on the back panel. A plinth controller allows for switching between 33, 45 and 78rpm speeds. There is a switchable semi-automatic, auto stop function, which allows the turntable to automatically start when the tonearm is placed in position and stop again at the end of the record. The design includes a phono amp (an external unit is another option) and USB port for digitising your vinyl at 16bit/48kHz.

I compared the Reloop to my cheaper Rega RP1 and played a slice of female vocal-fronted jazz and Patti Page’s ‘No Moon At All’: ideal test fodder in terms of detail and clarity. Yet, it showed a slight veiling within the midrange from the Reloop. Page’s vocal was restricted and constricted and lacked the relative tonal balance that is a feature of the budget RP1. When Page did hit a crescendo, the Reloop’s midrange had nowhere to go, so become rather strident.

The lower frequencies were relatively strong, though, giving the soundstage a firm footing and providing a powerful, driving beat to the music. 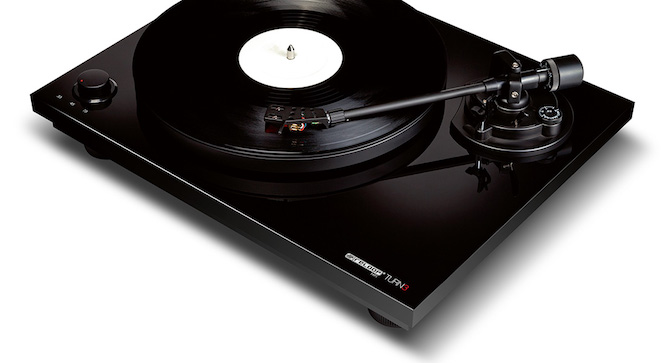 With that clue to follow-up, I changed the source music to more high energy rock from Porcupine Tree lead singer, Steven Wilson and the title track from LP The Raven That Refused to Sing And Other Stories.

Here, lower frequencies dominated. Despite a lack of insight in terms of detail, the Reloop felt more confident in this rock arena. The powerful drum sequences on this track were impressive. Big, meaty, dominant and quite authoritative. There was a lack of air and space in and around the featured instruments, it has to be said but the high energy from the track was effectively transferred while the accompanying synth runs acted as a convincing wall of sound, moving steadily towards an admirable crescendo.

The TURN 3 is priced well over a hundred pounds more than the Rega RP1 but fails to match it in terms of sheer sound quality. I suspect that the Reloop build budget focused more upon the aesthetic qualities of the TURN 3 instead of where it counts, the sound quality. That said, if you want a great looking turntable and rock or beat-centric electronica is your thing, then the Reloop deserves a demo.

Reviewed by Paul Rigby, creator of the music and hi-fi magazine, The Audiophile Man.