Having parodied machismo on his last album, audio-visual artist Luke Wyatt is back with a new Torn Hawk album and with a new persona to boot. The NYC-producer has created an ‘Outlook Management Kit’ to accompany Union and Return with the self-help tagline: “positive outlooks produce positive outcomes.”

Apparently Hawk’s music puts him in continually motivated state with a positive outlook that keeps him on the “path to power”. His new website has been launched to inspire others to stay ecstatically motivated, just like him. Union and Return is described as both a “supportive device and an example of a product of his system.” – and (sort of) comes with a book called The Path to Power: A Guide to Controlling Your Point of View and a “Torn Hawk empowerment mask”.

With Wyatt’s crystalline guitar work at the fore, backed with celestial female whisperings and a glistening virtual orchestra, the glorious and zen-like LP was inspired by the idealised landscapes of 19th century German Romantics like Karl Friedrich Schinkel and Caspar David Friedrich.

We spoke to Wyattt to find out more about this utterly strange creation. 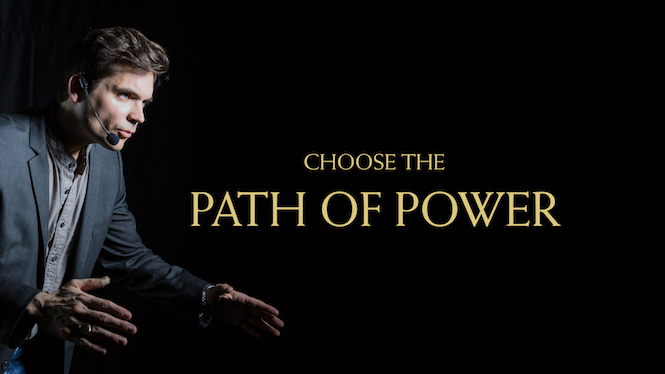 Could you talk us through the concept behind the new album?

I didn’t start out with a firm concept, I hate that, but I do remember that I started out making tracks with the intent of redrawing the boundaries of what people considered “Torn Hawk music”. But I guess that should always be on the list of what you try to do with a new record. I also liked the idea of making people uncomfortable by shoving some very direct emotion in their face. Some people get embarrassed around that sort of thing if it is not wrapped in protective irony.

Melodrama, I mean along the lines of a Douglas Sirk movie, is a form that has really been lost. Everybody has to add that extra defensive layer of “well I don’t really mean to make you feel something, here’s a joke right on top of that”. Sonically this can be manifested as hiding affecting music under scummy sounds. I still like scum, I just also value making things in broad daylight where there is no place for anyone to hide.

How is this manifested in the artwork?

At the very least the cover was supposed to not get in the way of the music, and support what it was going for. I think it does that. 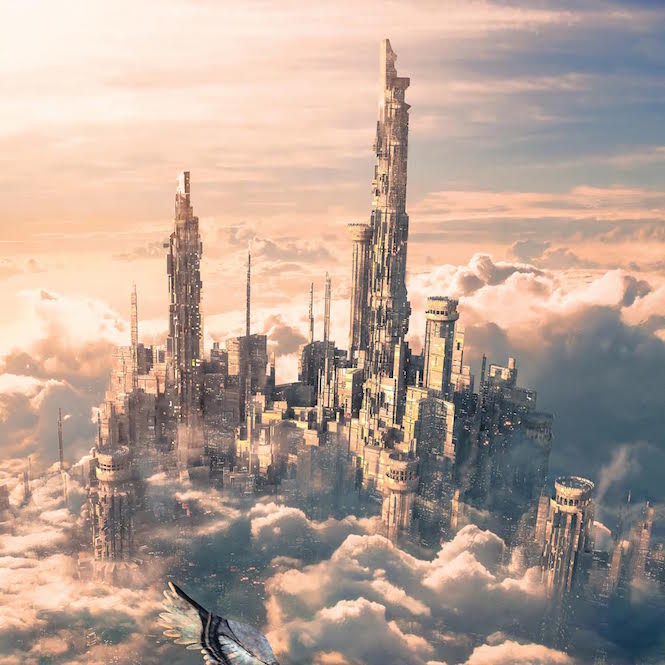 Talk us through the book and mask offers and how this fits in?

The people with the money aren’t going to pay for any of that to actually happen in a timely fashion, so I’ll wait to talk about them until I bring them out as real objects myself.

Given your work as a video artist, was it important to you to create a more immersive album experience? One with a narrative and visual cues…

For this record I’d rather people just listen to it with their eyes closed and forget about the Outlook Management deal, my website, etc. That whole thing is just a parallel action that I connect to my music; but the record isn’t connected to that. It is a one-way connection, if you know what I mean. I don’t want people to hear the tracks in the limited context and borders of the Outlook Management concept. Listening to it loud on actual speakers is the most immersion I hope for; that’s actually quite immersive by todays standards.

Because I wanted the music to stand alone I cared less about the titles for the tracks on this one — in retrospect I should have figured out an anti-verbal way to title them. I’ve come around more to feeling that language usually gets in the way of music, at least the kind of music I’m interested in making. Language pins you down.

I also didn’t really want to do videos for this record, unless it was with someone very special. I’d reached a dead end with what I can say with my video with the tools I am familiar with; until I learn new tools I won’t be making a video for Torn Hawk music. So to do a video for this one the only way I’d sign off was to work with someone amazing, and time and money constraints just didn’t allow that to happen.

The blurb I told the press agent to send out along with the one thing people that came out that people might identify as a “video” kind of sums up how I feel:

“This is an advertisement for my toll-free advice line, presented with the exhausted futility of a suicide note.   I hope people watch it with their ears plugged or listen to it with their eyes closed.”

I don’t know if she even used this, it probably sounded too grumpy. 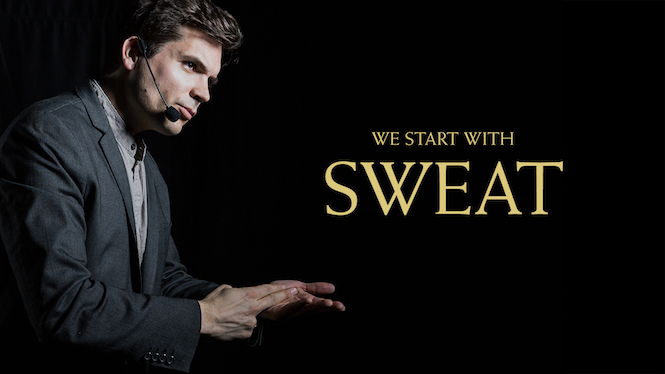 What is it about this type of German romanticism that interested you?

This “inspired by German Romanticism” thing has gone a little too far. You know how it is, when they write up a press release, there needs to be a hook. So that was it.

I will say I recognized myself in many of the impulses behind the Romantic movement. Romanticism looks to art as a means to be swept away, not to tunnel into intellect or reason.

Romantics are antagonistic to rationality, but an interesting flipside to that is that a lot of people considered part of the Romantic movement, like Lord Byron, were proponents of Galvanism. Galvanists believed that the life activities of organisms, including their mental processes, were simply manifestations of chemical reactions in the body. In the case of Frankenstein’s monster, created by Byron’s peer Mary Shelley, all that was needed to “infuse a spark of being into the lifeless thing” was an electrical impulse.

This connects to my Outlook Management system, which says in the same way that points of view, moods, whatever, aren’t objectively true and definitely aren’t tied to any higher spiritual value. Emotions are essentially the exhibition of chemical actions. It’s all about pushing your chemicals around to get to functional states, or wherever you want to be. There is no ghost in the machine. 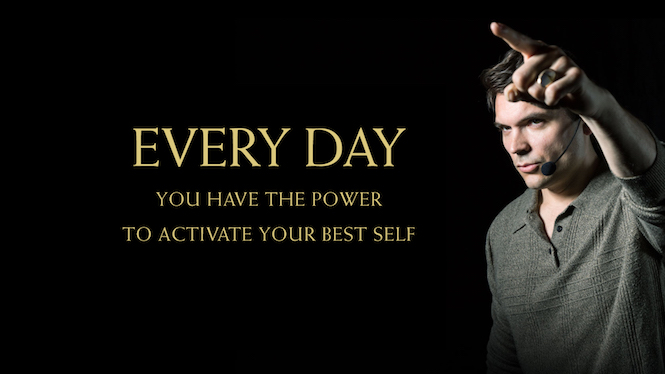 The literature and press around the release does a great job of sending up US self-help scams.

I wouldn’t use the word scam. There are a lot more serious scams out there than Tony Robbins. The Church is a scam, the Queen of England is a scam. Somebody like Tony Robbins is pretty straightforward about what he is up to. He’s just trying to help you improve your life in concrete ways. He’s not claiming to have some exclusive line to divine magical crap. He’s a humanist; he reminds people that they are in charge of their own failure or success.

There is a lot less irony in the Outlook Management stuff than people think. These days maybe people have a hard time recognizing sincerity or knowing what to do with it when they do.

I don’t have a whole lot to say about it; I’d encourage people check out my website and see what they make of it. I welcome all sorts of reactions. 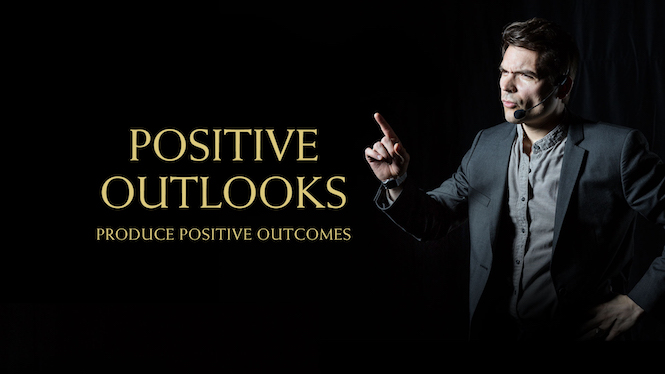 Will Powers is a record that immediately sprung to mind. Were you influenced by Lynn Goldsmith and how she tried to subvert this genre?

I don’t know who that is. I don’t acknowledge genres, and I’m never in the business of subversion. Subversion is commentary, which is a parasitic action that relies on the existence of a higher level non-ironic form to comment on. I am only interested in making core statements, core forms.

Last night I found peace in the grocery store, after 10 pm. There weren’t many people there, and I walked up and down the ice cream aisle for a long time; Genesis was playing. I started to get a cold tingle all over that only had a little bit to do with the refrigeration; I figured out how to hold onto it and hovered there, in this tingly place, and got as far away from talking about myself as I could.