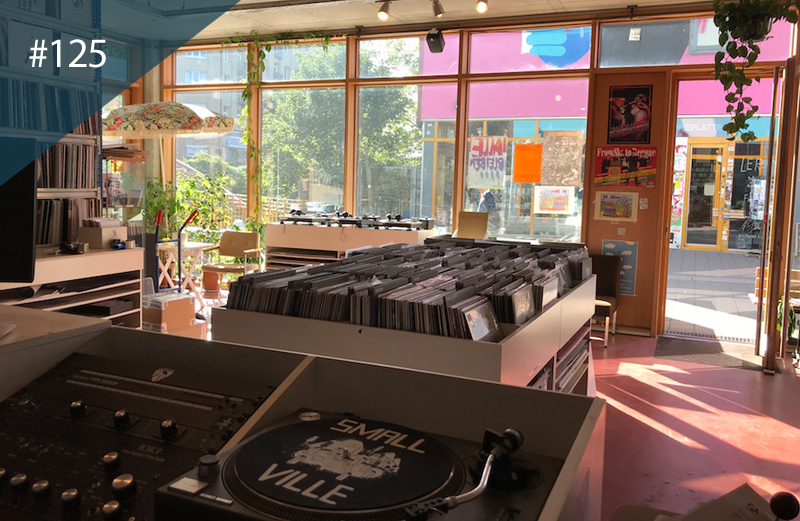 “Hamburg has a lot of great record stores within a relatively small area, so the city is a great place to dig for records.”

Germany has a wealth of great record shops, and Smallville is up there with the best of them. With a label and residency at the city’s Golden Pudel club, you’ll struggle to find a safer pair of hands for house and techno in the Hamburg.

Go for: House, techno, and record buying advice from some of the best in the game.

You’ll be hard pressed to find a more welcoming shopfront in all of Germany than Smallville Records. “Hamburg has a lot of great record stores within a relatively small area, so the city is a great place to dig for records,” says Julius Steinhoff who opened the store in May 2005 alongside Peter Kersten and Stella Plazonja.

Now, with the help of Just Von Ahlefeld, who took over duties from Kersten and Plazonja, Smallville Records fuels an ever-growing community of techno heads and those searching for alternative club records. And as a record label, Smallville has released club tracks from Move D, Moomin and Arnaldo and have helped cement Hamburg as Germany’s alternative techno capital.

Smallville Records also hosts a residency at Hamburg’s famed Golden Pudel, the famed club where Helena Hauff made her name. So if you’re looking for advice from a clubbing institution then look no further than Smallville.