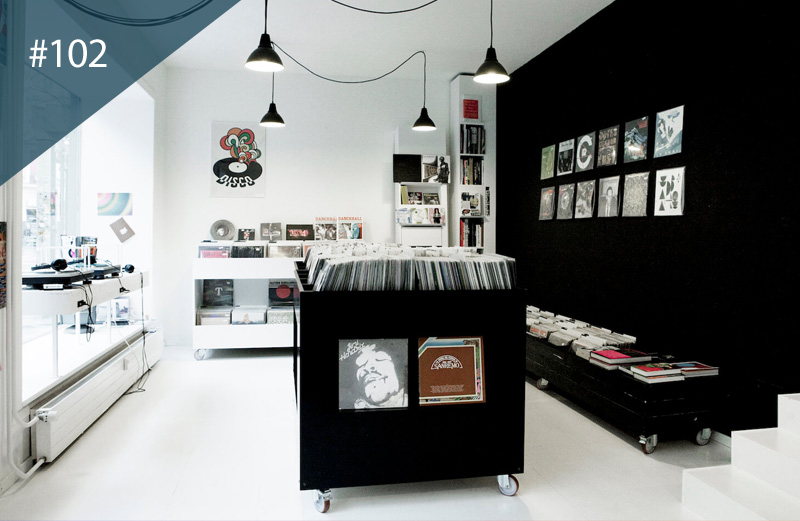 Arrive at the airport in Basel and you can choose the French, German or Swiss exit. No surprise then that one of the city’s top record shops prides itself on crossing musical boundaries. Step up Plattfon Records, a shop that has spent almost 15 years building a community around experimental music.

What’s the story? Found a few minutes from the Rhine, Basel’s Plattfon Records exists to serve the darker musical tendencies of the avid Swiss record collector. First opened in 2004 as a doorway into the experimental, Plattfon Records has now become a staple for the avant-garde, presented in an elegant monochrome space.

“In 2004 there were no other really interesting record stores that cared about this kind of music,” says Michi, who alongside Muriel runs the store. Whether it’s cuts from Severed Heads, Pinch and rare Arthur Russell or releases from Algeria’s psychedelic troupe Imarhan, Plattfon provides eclecticism in a humble environment. “We’re all about experimental and outsider music.”