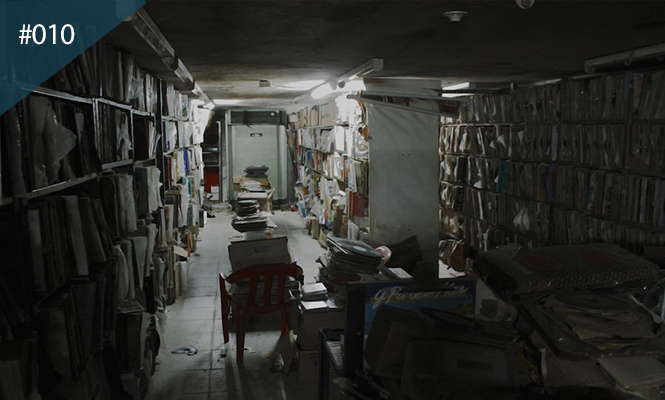 We’re on the hunt in Colombia this week.

Having touched down in Melbourne, New Delhi, Tokyo, Kingston and Antwerp in recent weeks, we’re taking our first long-haul flight to Colombia.

Flanked by the Magdalena River, the bustling city of Barranquilla used to be littered with record shops, stocking local Latin flavours as well as the international records that would pass through its port. Today, Discolomobia is the only shop left.

What’s the story? Don’t let its unassuming exterior fool you, Discolombia is truly a cave. Through the main room is a warehouse space, split across two floors and accessible only via special request. Be warned, it’s dark and dirty in there (mice and rats dirty) but a treasure chest no less. If you’re prepared to filter through decaying bits, original pressings of salsa, palenque and champeta await.

The store is located in Barranquilla, which used to be called the Golden Gate of Colombia because it served as the gateway into the country. Once the biggest port in Colombia, Barranquilla acted as a melting pot of cultures, goods and also records. Influxes of international LPs would land on to its shores, washing in with the city’s own distinct traditions.

At one point Barranquilla could count forty-odd record shops on its bustling streets but today Discolombia is the only store that solely deals in records, the last place to find this unique mix of records. The shop is also home to the classic Colombian label Felito Records.