Drawing together threads of Chicago dance music history, a little known Martin Hannett production on Factory Records from 1979, and instrumental input from LCD Soundsystem’s Pat Mahoney and Tyler Pope, that mission seeks to “push the boundaries of a conventional album”, released across 12″, 10″ and 7″ formats, with what Traxx calls a “free-spirited approach in the studio”.

A veteran producer and sonic explorer, still wedded to the analogue, whether in mining found sounds or playing vinyl-only sets, Traxx began by introducing the project as one which seeks to find a kindred spirit between gestating early ’80s dance music, bringing the experimental and the avant garde into the club.

As such, the record describes itself as interrogating the “rarely understood ground at the intersection of post-punk, minimal wave, industrial, disco dub, EBM and proto-house.” And while EBM and industrial influences have found themselves explored on countless compilations in recent years, few have tried to synthesise its musical commonality with early dance music quite like Mutant Beat Dance.

What connects post-punk and industrial music with disco and early house music in your opinion?

It’s the likeness of time signatures that creates a unity between the genres of these particular sounds. It’s often overlooked because the music is segregated by labels. This alias project [Mutant Beat Dance] has always been on a trek to enhance ideas far beyond in production, inspired by musical influences. Every time Beau [Wanzer], [Steve] Summers and I come together, we create happy accidents in these styles.

A sense of place, specifically Chicago, also binds these sounds together. Why is it so important for you?

My formative musical experiences were all based in Chicago. From recording mixes on WBMX, to dancing and listening at Medusas. WaxTrax, Let’s Dance, Jes Say and Dance Mania all originated here, and then there is the influence of Ron Hardy and DJ Rush, who took deck playing to levels beyond recognition. The roots run deep in my collection and that keeps me curious and enthused.

What’s the thinking behind releasing so much music in one go?

The “mission” was to push the boundaries of a conventional album, which is typically limited to 7-12 songs. We wanted to go beyond this expectation to present a complete thought that expresses the core elements of Mutant Beat Dance. We are not classically trained musicians, we are electronic enthusiasts with a free spirited approach in the studio.

Why spread it across different formats?

Everyone decided that the music should be attainable through all current formats. We didn’t want the album to become a collector’s obscurity. The finished product is the physical manifestation of the project, creating a portrait of influence, chemistry and poetic asymmetry. A lot of collaborative thought, insight and action went into the realisation of the final object, which is the first of its kind in dance music.

How did the LCD Soundsystem collaboration come about? Could you give us a sense of how that track ‘Feed The Enemy’ came together?

Individually, the LCD Soundsystem band members are friends of mine. I’ve also been a fan of them since I first saw them in Miami in 2003. I was introduced to James Murphy by DJ Hell that same year.

For a long time I had various connections and moments with them – either at this club in NYC called Apt (or venues in Chicago and Berlin). Years passed with continued success for LCD until they announced to the world that the band was coming to an end. I was personally invited to the final show at Madison Square Garden in 2011.

Around this time I had a stronger friendship with band members Gavin Rayna Russom,Tyler Pope, Pat Mahoney and Matt Thornley. One day [around 2011] I was speaking with Tyler about an idea inspired by a 7″ record I’ve had in my collection for many years: ‘Feed the Enemy’ by a band called Magazine. It’s this crazy punk groove tune – upbeat, rebellious and hardcore. It was produced by the legendary Martin Hannett (who also produced Joy Division) on a single 12″ for Factory Records.

The version of this track was so incredible that I thought if LCD is coming to an end, maybe I could contribute something to them to show how much I appreciate them. So I got up the courage to ask Tyler if he would ask the band if they would be interested in doing a cover version of the track. Just before they were about to go play their final goodbye show, they got back with me after some weeks with the drums from Pat Mahoney and bass from Tyler Pope. I was shocked when Tyler gave me stems for the track – I hadn’t thought he or anyone from the band would take me seriously, but I was wrong.

I was completely in awe and arranged the song in my studio here in Chicago, as they had played by hand the version from wax I sent them as an .mp3 file! Tyler and Pat had replayed the parts they could, leaving the song unfinished. This was great since it was never my intention to have them do everything, but I had the basic song minus three other parts I needed to bring the song to life.

Figuring out how to complete it was a challenge. I didn’t feel I had the means to do it so I sat on the song for the last six years! Last year, in March 2017, I asked Summers to join Mutant Beat Dance with Beau and I. I asked him did he know how to play guitar? And he said he’s been playing bass for over 20 years so I thought he could maybe solve the missing chorus chords for the song. That led to him bringing in electric guitar on the partially finished production of the song. As we listened in his studio we then added a synth keyboard for the low end to give it the tough attitude I wanted.

The only thing remaining was the vocals and who would attempt to sing it. Nobody wanted to do it and I thought I couldn’t do it because every time I tried I was trying too hard to imitate Howard Devoto without being anywhere near his vocal range. In short I gave in being Devoto and took several other attempts to simply be myself. Thankfully Summer suggested that and after several takes we nailed it.

When I let Tyler and Pat hear the final song, they were both impressed. In October and November of 2017,the band asked me to be the opening act for their US tour where I played my 1st date with LCD in Detroit at the Masonic Temple Theatre. I asked James if he’d had a chance to listen to the cover song and told me directly it was beautiful.

Mutant Beat Dance is out now on Rush Hour. Order a copy here. 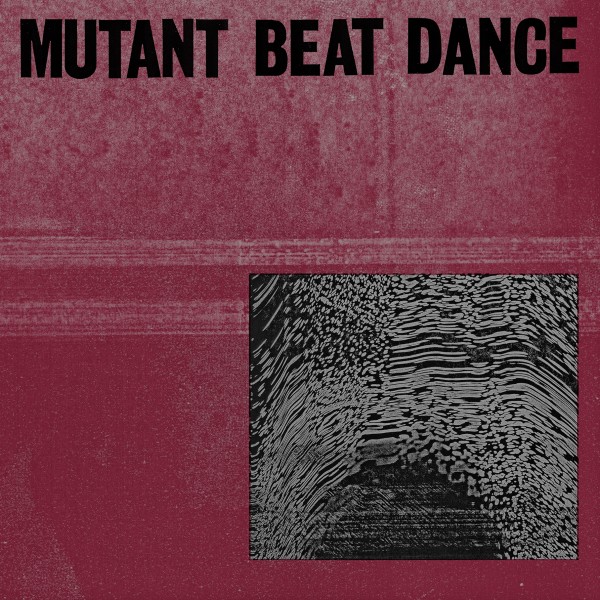