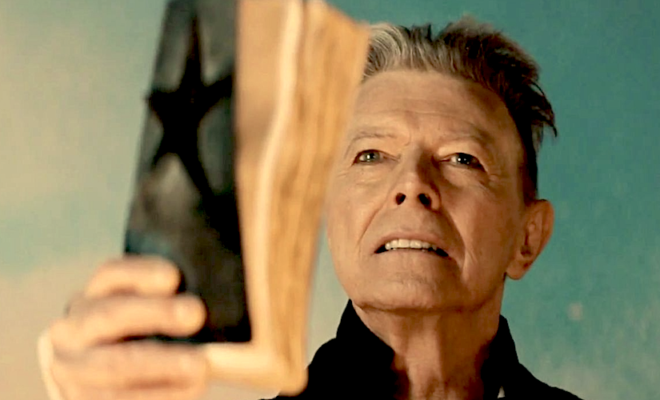 Whether it’s another J Dilla box set, a collection of Kurt Cobain outtakes or just the whole of Bowie’s back catalogue reissued on vinyl, some posthumous releases can seem at best gratuitous, and at worst exploitative. In the wake of David Bowie and Prince’s recent deaths, the ethical and economic questions raised by archival releases are more pertinent than ever.

Few things can divide opinions among music audiences as deeply as posthumous releases. At one end of the spectrum are Otis Redding’s ‘(Sittin’ on) The Dock of the Bay’ and Sam Cooke’s ‘A Change Is Gonna Come,’ posthumously-released tracks without which everyone agrees the world would be poorer. At the other end are items such as the Kurt Cobain album, Montage of Heck, a collection of sketchy demos, studio banter and fart noises released last year. Some listeners welcomed the album on the grounds that any addition to Cobain’s publicly-accessible data bank has value; many others condemned it as barrel-scraping of the worst kind.

In between these two poles is a mountain of more or less dubious releases including, for instance, practically the entire catalogue of Jeff Buckley. Buckley died in 1997 with only one studio album, Grace, to his name, but others have since been assembled. The most recent is You and I, released earlier this year. Opinions about Buckley’s post 1997 releases ultimately boil down to subjective judgements about artistic value, as do opinions about all posthumous releases and, indeed, any piece of music. There are no objective truths to be found, only majority verdicts.

Buckley’s discography also highlights a wider debate about ethics. The Columbia Legacy edition of Grace included ‘Forget Her’, a track which Buckley barred from the original album: on reflection, the mean-spirited lyric was not the sort he wanted to be known for. Which begs questions: Is it ethical to issue recordings whose release the artist forbade during their lifetime? Once the artist has passed away, however, should such wishes still be respected? And, if so, for how long? 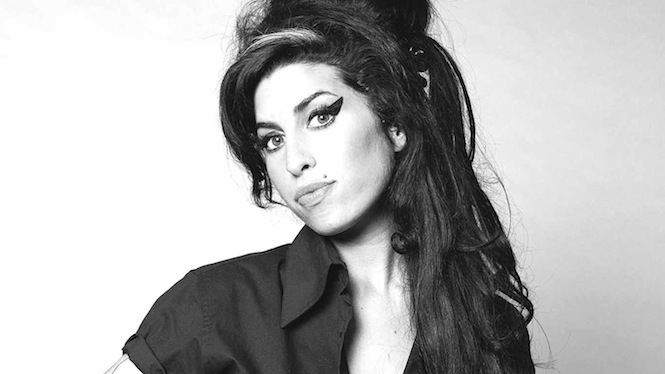 What, too, about recordings which were never finished or were demos not intended for release? Are fans whose money contributed to an artist’s success entitled to hear previously unreleased recordings, regardless of quality? Some of Amy Winehouse’s audience welcomed the decision by David Joseph, CEO of Universal Music UK, to destroy Winehouse’s demos for her third album so that none of his successors could Frankenstein an album out of them. Others regretted it. There are no easy, one-size-fits-all answers. But in the wake of David Bowie and Prince’s recent deaths, the questions are being asked all over again.

This article surveys some of the issues around posthumous releases. It includes contributions from Los Angeles-based Jeffrey Jampol, a legacy-management specialist whose JAM Inc manages the estates of Otis Redding, Jim Morrison and the Doors, Janis Joplin, Rick James, the Ramones, Peter Tosh, Jefferson Airplane and Muddy Waters, among others. (JAM also manages Kurt Cobain’s estate, but only took it on after the release of Montage of Heck). 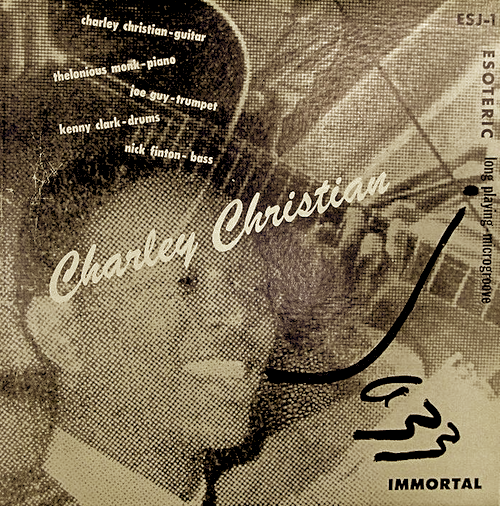 First, a little history. Posthumously-issued recordings date back to at least the 1940s, and debates about the ethical considerations surrounding their release go back almost as far. In 1951, the tiny New York label Esoteric released a 10-inch LP titled Jazz Immortal, credited to guitarist Charlie Christian, a central figure in jazz’s transition from swing to bop, who died in 1942. The album comprised two extended jams recorded by Christian and others, including Thelonious Monk, in 1941 at Minton’s Playhouse, an after-hours Harlem club which was a hub of the emerging new music. A 12-inch edition followed. As far as is known, Christian never intended the Esoteric tapes to be released. He made his living as a star soloist with the Benny Goodman orchestra and his participations in the jams at Minton’s were unpaid, insider-only affairs. But Jazz Immortal, for which Christian’s family never received any payment, nor gave permission for release, has been reissued many times, including by major labels such as Columbia and Vogue. The album has been cited by several guitarists, including Wes Montgomery, as a formative influence.

Most people would agree that music and jazz scholarship have been enriched by the availability of Jazz Immortal. But consensus is rare when judging posthumous releases – and never more so than when it comes to evaluating artificially constructed “duets” pairing a deceased artist with a living one. Few people objected to Natalie Cole adding Nat King Cole’s original vocal to the title track of her 1991 album Unforgettable. Nat and Natalie were father and daughter and the faux duet was executed with care and taste. Opinions about The Notorious B.I.G.’s posthumous duets, on the other hand, are ferociously divided. B.I.G.’s album Born Again, released in 1999, two years after his death, was put together from out-takes to which apparently interactive raps from guest artists had been added. Assigning artistic authenticity is not an exact science, but most people agreed that Born Again conspicuously lacked it. A follow-up, Duets: The Final Chapter, was a similar exercise, on which the track ‘Hold Ya Head’ cheapened the legacy not only of B.I.G. but also of deceased “guest vocalist” Bob Marley.

“If you edit or whitewash or change the art, you pervert it,” says Jeffrey Jampol. “It’s like someone buying a Picasso and saying ‘You know what? He didn’t put enough red here. I’m going to add some.’ Is it then a Picasso?” But under the right circumstances, Jampol believes that tweaking the original art can be valid. “When we celebrated the Doors’ 40th anniversary in 2007,” he says, “we did anniversary remixes of all six studio albums, and the surviving members of the band were involved in those along with Bruce Botnick [producer of the Doors’ final studio album, L.A. Woman]. But you have to careful. You have to remember you’re dealing with art, not toothpaste or deodorant. You have to treat it with respect.”

JAM has a protocol which it follows before undertaking any activity. “The first question,” says Jampol, “is: ‘This thing we’re contemplating, will it stand proudly amongst the artist’s achievements during their lifetime?’ Usually the answer is no. In which case we don’t do it. If we get a yes, we go to the second question: ‘In what way will this thing help the legacy of the artist and how will it help drive our other revenue streams [such as merchandising, documentary movies, Broadway shows, museum shows and biographies]?’ And if we find a sufficient number of ways, the last question is: ‘Can we make any money with this?’ Most people flip that order around. In fact most people just ask question number three, they’re not even cognizant of one and two.”

JAM‘s protocol also extends to such potentially lucrative revenue-streams as music for TV commercials. The Doors’ leader, Jim Morrison, for instance, was famously hostile to having the band’s recordings used in ads, which is why Jampol has never licensed them for such usage. But Janis Joplin was not averse to commercial sponsorship. She was delighted when Mercedes-Benz gave her a fur hat and coat as a thank-you for the track ‘Mercedes Benz’ and enjoyed telling people how she had acquired it. So the decision to license the track to the car company, which has happened several times since the 1990s, does not present the same issues.

The music business is not best known for long-term planning. With honourable exceptions, mostly among specialist labels, it has always been characterised by quick-buck thinking. “You have to remember that record companies are in the most part public companies and their executives are paid on their profit-and-loss each quarter,” says Jampol. “Whatever they do over a three-month period will determine their future in that company. And the number one motivator for corporate executives is: keep my gig. So you get iteration after iteration of the albums [and best-of compilations] with each new generation of executives, just to drive their sales figures.” When JAM surveyed Elvis Presley’s catalogue, for instance, it found that over 300 albums had been released in Britain alone.

Jampol’s planning extends beyond the audience an artist built up before she or he died, to attracting new listeners who may not even have been born during their lifetime. “There are two marketing bases that I serve,” he says. “One is the existing fan-base. It’s an excellent base for three reasons: they are there; they’re going to support whatever it is you’re doing, if you do it right; and they’re excellent purveyors of the magic, they can be baton passers. But they’re a horrible base for other reasons: the numbers are tiny, compared to the number of potential new fans out there; they’re shrinking through attrition; they’re completely saturated, they went to concert, they got the t-shirt, they got the album; and they tend to have less disposable income than younger people. 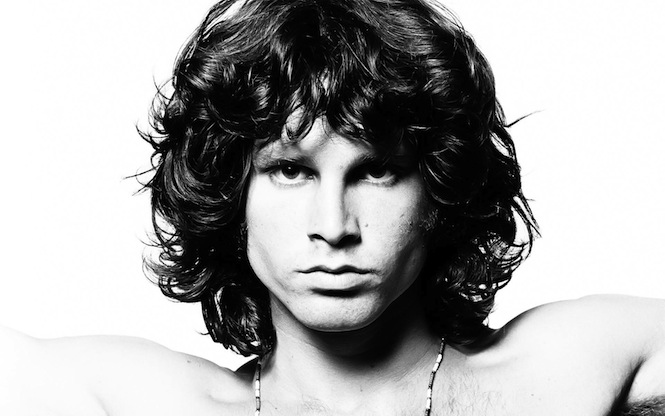 “As I tell my partners, be they a record label or a publishing company, to someone in their early teens the idea of [the Doors’] ‘Light My Fire’ is brand new. They’ve never heard that song. I don’t need to give them a remix, I need to expose them to that original song and hopefully make them a fan of the artist for life. So to me it’s a release not a rerelease. And another thing: in marketing terms it gives me another bite of the apple every few years, with each new batch of early teens. I just need to take the original album and issue it again.

Whatever connected Janis Joplin to a girl in 1967 will connect Janis Joplin to a girl in 2017 as long as we keep the message pure and find a credible bridge with which we can connect them. All great artists have alchemy – so you find great art and you find a way to market that art again, authentically and carefully and lovingly. And then usually the magic will connect.” 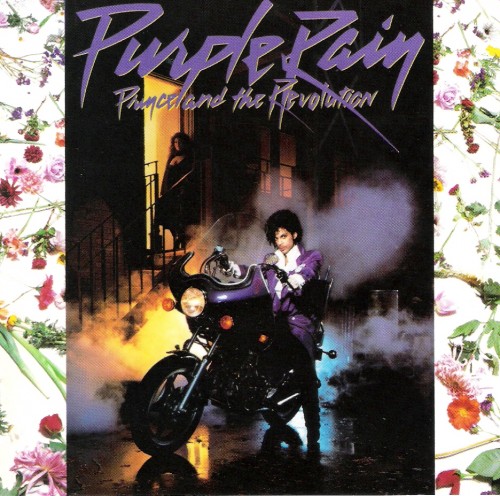 In this context, Parlophone’s recent announcement that it will be repressing a selection of classic, but available, David Bowie albums on vinyl is a good example of how to connect an artist’s legacy to a new, younger audience.

It will be interesting to see how Prince’s legacy, said to contain hundreds of unreleased tracks, is marketed once his estate has been established. “It’s likely to be some amalgam of unfinished music, music that is unreleasable or that he did not want released, and music that was ready for release,” says Jampol. “The question is, how do you determine which is which? Anything you do is subjective. So you need to surround yourself with experts and people who were close to the art’s creation and listen to them. And you have to keep to the conservative viewpoint – if something’s borderline, don’t do it. Later on, if you want to make some musings available to hardcore collectors, and you present them as such, I think that there’s some value to that. But again, you have to careful. The art always has to come first.”