The complete guide to turntable cartridges

Know your moving magnets from your moving coils with our comprehensive introduction to cartridges.

Needles, styli, cartridges, pick ups, call them what you like, every turntable has something that sits in the groove and ‘reads’ the undulations in the groove wall.

The signal produced by this process gets sent down the wires in the arm to an amplifier that equalises and boosts it to a level where it can be sent through another amplifier and into the speaker.

The cartridge has a tricky job because it has to turn a mechanical movement into an electrical signal, it does the opposite of a loudspeaker which turns a signal into vibrations in the air. Both are types of transducer. 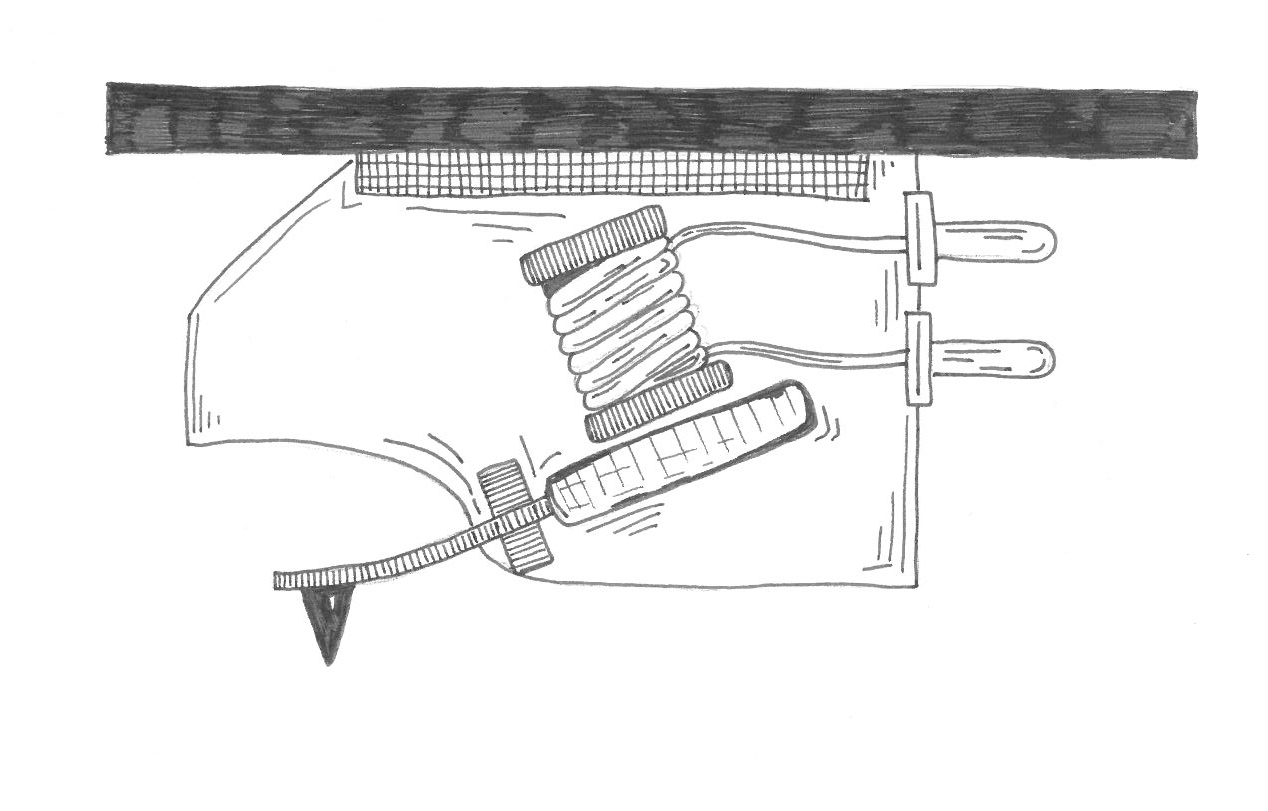 How They Work
Cartridges turn movement into signal with a magnet attached to the top end of the cantilever (the thin rod with the stylus at its tip). When the stylus moves the cantilever moves the magnet and this induces a voltage in a coil of wire placed very close to it. This wire is connected to the pins on the back of the cartridge, and as there are two sets of coils in a stereo cartridge the four pins on the back are the positive and negative connections for each channel.

That’s how a moving magnet (MM) cartridge makes a signal, a moving coil (MC) works the other way round: the coils move and the magnets remain static. This makes for a much lighter moving mass and as engineers will know is a good thing – it means that the stylus, cantilever and coils weigh less and that allows them to stop and start more quickly. But it requires finer wire for the coils and greater precision in manufacturing to make a moving coil. As a result MCs are almost always more expensive than MMs.

As you can imagine the size or power of that signal is very low, that’s why a turntable needs a separate amplifier called a phono stage to boost the voltage up to a point where an ordinary amp can work with it. MCs have even lower output voltages and consequently MC phono stages have to be that much quieter than MM varieties.

How well a cartridge does its job depends on a lot of factors: the shape of the diamond stylus, the material used for the cantilever and the arrangement of the magnets/coils in the body of the cartridge are just a few of them. Even the material that the body is made of has a pretty dramatic effect. The Japanese are keen on cartridge bodies made of hardwood and semi precious stone like jade, while some MC cartridges have no body at all, which brings weight down but does make the delicate parts quite vulnerable.

In an ideal cartridge all the vibrations that the stylus picks up from the groove would be transformed into electrical energy, but it’s a crude system that constantly has to battle with unwanted vibration in the air (sound) and coming through the turntable from the furniture and floor. This is why you get the best results with vinyl if you keep your turntable away from speakers and large pieces of furniture, the most practical solution is a wall shelf at the other end of the room from the speakers if possible. (Read our step-by-step guide to speaker placement for more on this.) 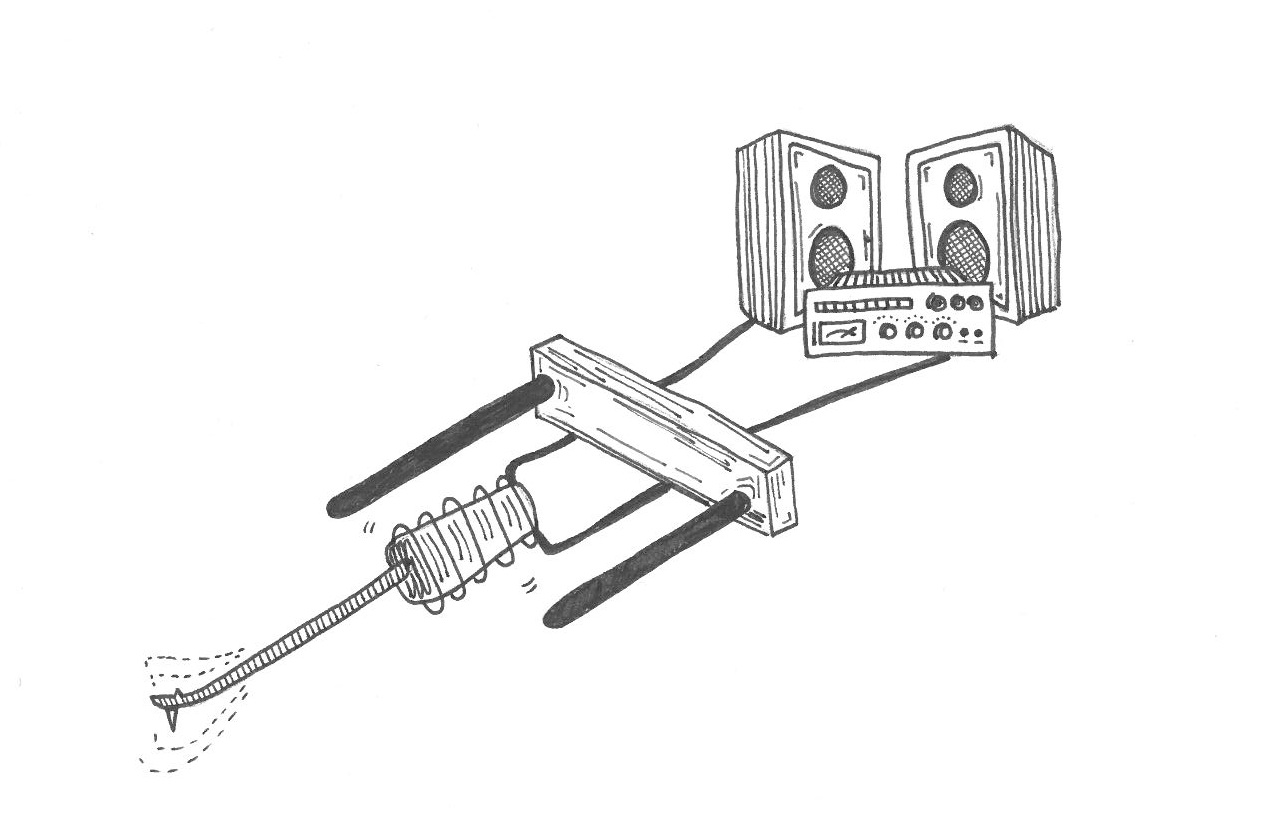 Set-up
If you want to hear as much music as possible and minimise vinyl wear, it pays to set up cartridges as carefully as possible. One thing that’s obvious when you think about it is that the stylus can only be perfectly in line with the groove at a certain point on the vinyl. This is because most tonearms pivot around a fixed point and this means that the cartridge describes an arc as it traverses the record.

Over the years numerous attempts have been made to overcome this but few have been good enough to make much commercial impact. The exception are so-called parallel tracking arms that allow the cartridge to travel across the vinyl in a straight line. These were made by Technics and B&O among others in the eighties, but ultimately did not prove to be as good nor as reliable as was hoped. You can still buy a high end parallel tracking arm but the fact that they still represent a niche tells you that this is not the ultimate solution.

So cartridge set up is a balance of compromises, you need to optimise the angle and position of the stylus for as much of the vinyl surface as possible. Getting this position right requires an alignment protractor which need not be any more complicated than a piece of card with a hole and lines on but inevitably it’s possible to spend an awful lot on tools made for the job. 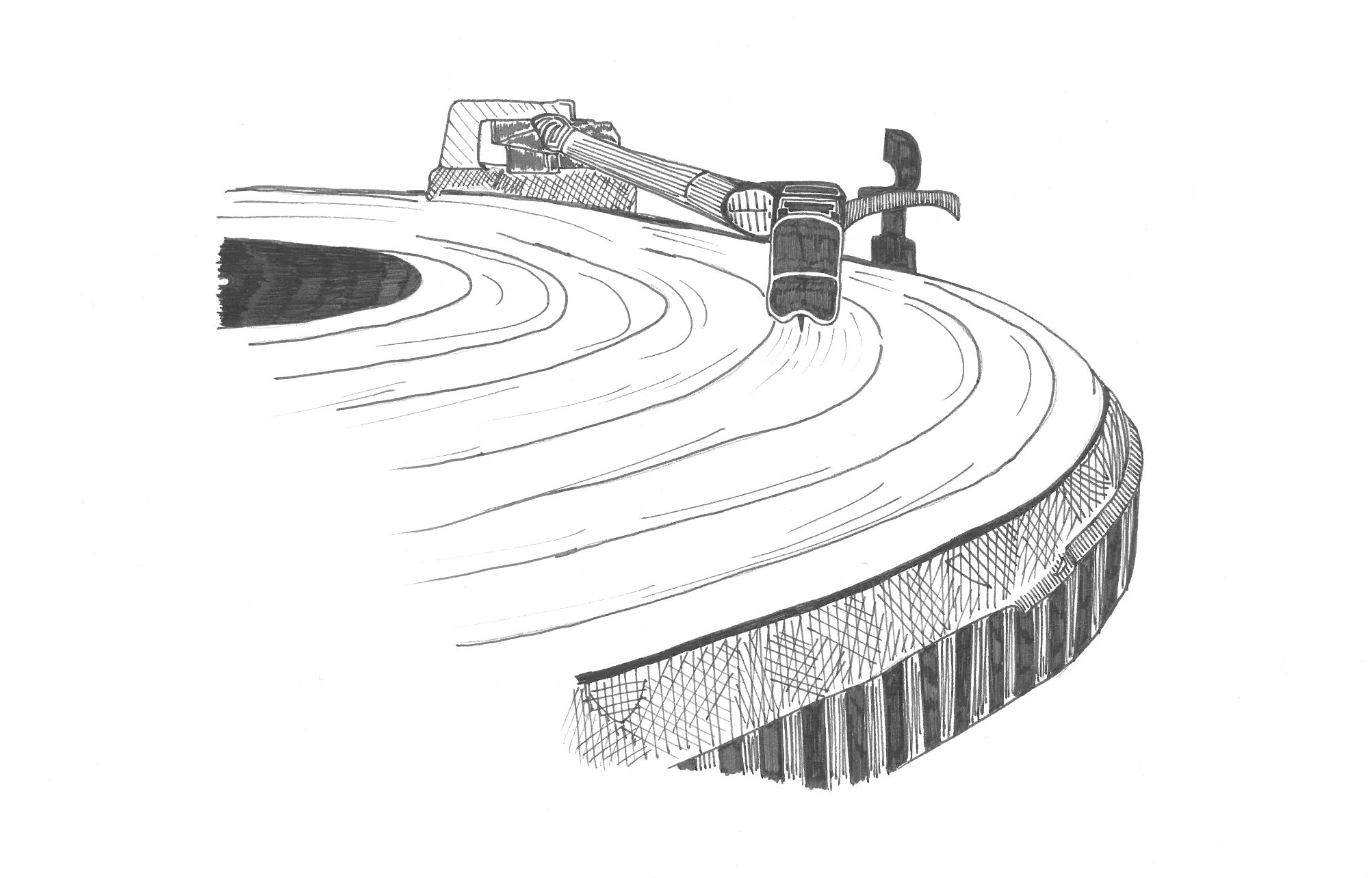 Use The Force
First it’s necessary to fit the cartridge and set the downforce that’s appropriate. The figure can be found with the cartridge packaging or online and with arms that have calibration marking you balance the arm so that it’s floating with the tip close to the height of the vinyl by adjusting the counterweight, then dial in the required downforce.

With arms that don’t have this facility you need some kind of downforce gauge like the Shure SFG-2, then adjust the position of the counterweight until the downforce is correct. The benefits of correct tracking force are numerous but fundamentally if it’s not correct record wear will be greater and sound quality lower. The old ‘put a coin on the headshell to stop it jumping’ technique is not a good idea if you value your vinyl.

Once that’s sorted get hold of a protractor – there are free ones online – and use it to fine tune the position and angle of the cartridge and stylus. I prefer a protractor called Polaris Plus because it makes the job easier and if you want an accurate result it’s hard to beat, but the simpler options are good enough for most inexpensive cartridges. In fact the fancier the cartridge the more demanding it tends to be about set up. The great thing about most MMs is that they have spherical styli that are easy to align. Higher end MC cartridges usually have line contact styli that need to be precisely aligned for best results.

If you want to push the boat out, and your tonearm allows it, you can adjust vertical tracking angle or VTA. This is the angle of the stylus in the groove as viewed from the side. As rule if the armtube is parallel to the vinyl surface when the stylus is in the groove then VTA should be correct. If it isn’t and the arm allows adjustment for height at its base then you can raise or lower it to achieve that end. Interestingly one of the most knowledgeable turntable and arm makers, Rega Research, does not offer height adjustment on its arms because it feels the small benefits of perfect VTA are outweighed by the lack of rigidity introduced by an adjustable arm base. And given that they make the best sounding record players on the market they are probably right. 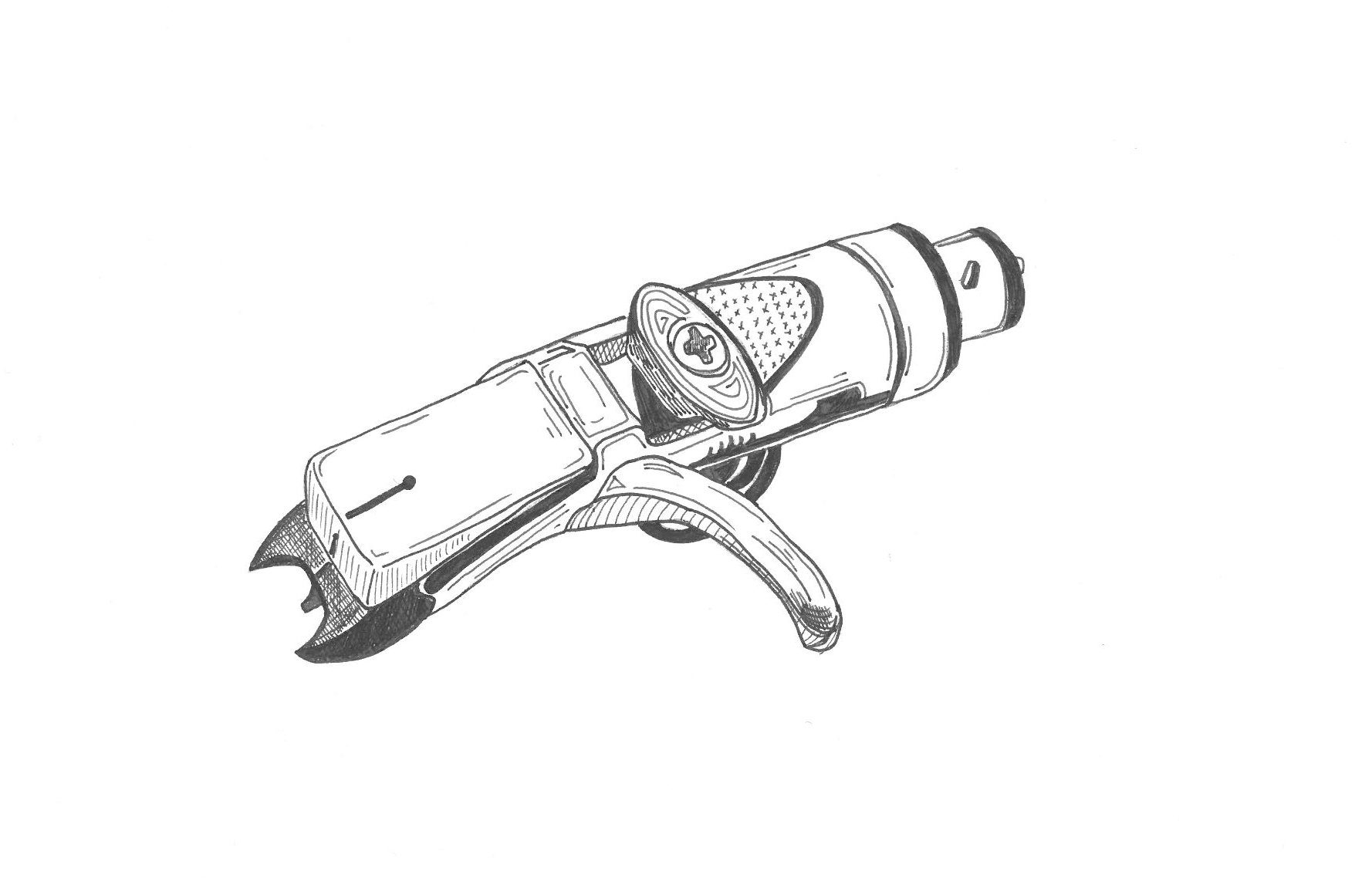 Conclusion
The great thing about turntables is that you can hear differences with every change you make, and good set up is a very cheap upgrade that can turn something that’s the merely entertaining into a source of musical ecstasy. But don’t get carried away, they’re only records!