The Archivist: “The past isn’t dead, it isn’t even past” – Recording the present direct-to-disc with The 78 Project 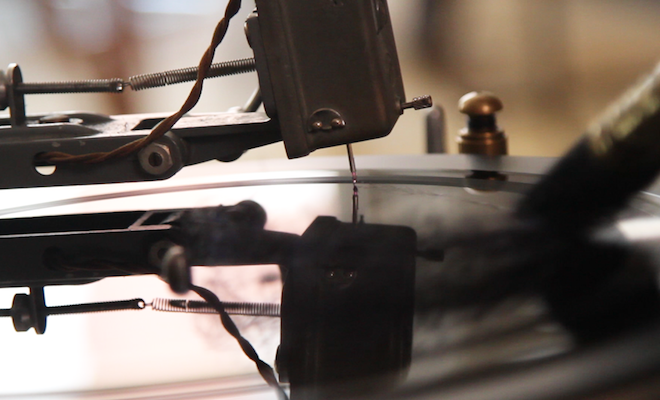 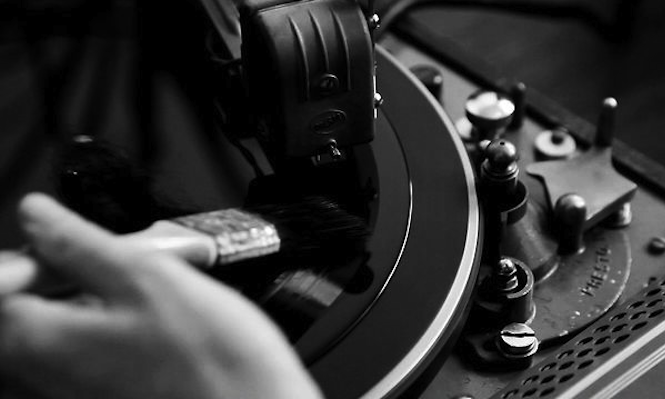 “A journey to connect with the haunting recordings of the past”. In a way, the strap line for The 78 Project seems to do itself a disservice. While it may be a recording project very much in the folk tradition of America’s great archivist Alan Lomax, The 78 Project is much more than a product of its past. Recording contemporary artists covering public domain folk songs in a single take on their 1930’s Presto direct-to-acetate disk recorder, the project’s founders Lavinia Jones Wright and Alex Steyermark have in fact amassed a collection of live performances that couldn’t be more aware of their existence in the present.

Cut in one take onto nitrocellulose lacquers at 78rpm, the tracks are played back to the artist one single time, before being digitally transferred to their own growing archive, a selection from which is being released on vinyl as a compilation for the very first time. Accompanied by a web video series which documents every artist and with a feature length documentary premiering at SXSW Festival, the Project has welcomed over 50 artists into the process from all walks of life, of which we were lucky enough to speak to Grammy-award winning producer Joe Henry and singer-songwriter Valerie June – whose 2013 breakthrough album Pushin’ Against A Stone has seen her reach a wider audience than ever before.

In this three-way interview, we’ve collated our email correspondence with founders Lavinia and Alex alongside interviews with Joe Henry and Valerie June to explore the intention and experience of The 78 Project in greater depth and challenge the notion of nostalgia and tradition in an industry more or less obsessed with its own past.

What is it about the work of Alan Lomax that you found so fascinating and how did the project first come about?

Alex Steyermark: We’ve both been inspired by the work of many field recordists, and it’s our interest in field recordings that drives the project as much as what we find intriguing about the sound of 78s themselves. Needless to say, Lomax’s work as a folklorist and field recordist is massive and seminal and unparalleled, and he’s been an inspiration to so many people.

Lavinia Jones Wright: Lomax used a Presto recorder exactly like ours for many of his recordings, and it’s that performance aspect of the Presto recording process that is at the core of what we’re trying to do.

As a producer you’ve been involved in countless record sessions… What made this so different?

Joe Henry: I think the significant difference to listening to a 78 and even a long playing vinyl record and certainly an iPod or anything like that, is how deliberately you have to bring yourself to the activity. We’re all very accustomed to the broad and sprawling iPod playlist and I love that. You can put it on shuffle and listen to it for days, but when you listen to a 78, you have to so deliberately bring yourself to that moment. It insists on your conscious engagement in a way that almost no other listening experience does any longer.

So for starters, hearing yourself back, is such a deliberate thing and both Lisa and I knew when we heard the playback off the disc that that would be the only time we would ever hear it that way. They would play it for us one time, but then they didn’t want to compromise the disc before making a digital transfer of it. 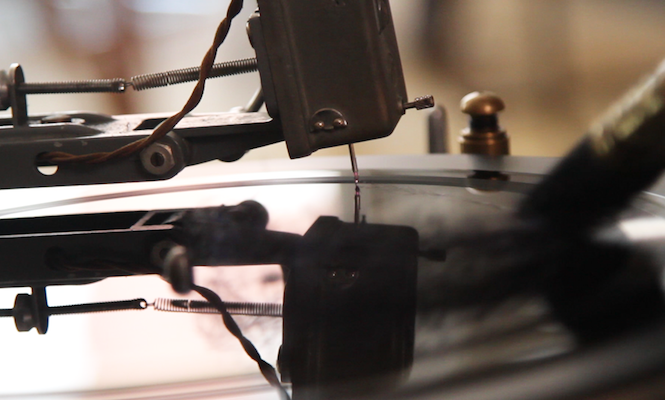 In that sense the physical conditions of the Presto recorder itself are essential to the project. How did you first get involved with this piece of kit?

Alex: I had bought two Prestos back in Spring of 2010 with an eye towards developing the web series, which had been conceived of as a film and music documentary recording journey based around cutting one-of-a-kind records of old songs with contemporary artists.

While using the Presto recorder produces certain sonic results and a specific type of unique recorded artifact, it’s the singular performances that result from this process that is what particularly intrigues us. It’s really not so much about a fascination with retro gear or retro sound. It’s about the power of the performances contained in those records. And since we give artists one take, there’s a tremendous focus that goes into that recording. The result is what feels to us like truly definitive performances. 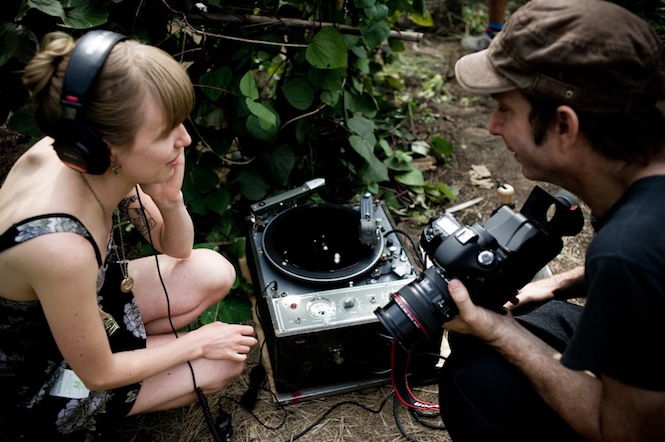 As the performers in this instance did either of you feel added pressure to get it right first time?

Joe: In preparing to record I had said to Lavinia, “how important is it that we do this in one take?” And she said, “well, it’s essential, it’s the only way that this happens. It’s a document of this moment. And you know, mistake or not, this moment is what we’re documenting.”

Valerie June: In my experience, the first take is the keeper! When all you have is one take, you’re able to keep it simple and sweet.

Joe: So there’s something great about that. I’m somebody who makes records in a really short space of time. And again, as I described of the listener, it invites you as a performer to become completely focused and committed to the moment, which again in our modern age, we lose the thread of.

It’s interesting that you embrace that spontaneity, as I get the sense that many of the musicians involved could actually feel quite vulnerable in that situation.

Joe: Well that vulnerability is real and if you choose to focus on that part of it, it’s just like a live performance. You could either shrink back from the fear of it or you can tap into the way in which that immediacy is empowering. There’s something really empowering about deciding that whatever this is, you’re letting go of any false notion of “perfection”, because of course there is no such thing. But in the way that most people record music now, you can be seduced into thinking that perfection is possible and, god forbid, desirable, because it’s not.

What you’re trying to document is your humanity, not any false notion of perfection that doesn’t exist. So you can be spooked by how vulnerable you are in that moment or you can be completely empowered by the fact that it’s not about you, it’s about it. And then you can disappear into it, which for me making music is always the goal. I don’t want a picture of the studio when I hear it come back, I want to create a recorded moment that when you hear it as a listener you can disappear into the story of it, whatever it is.

Did you feel this too, Valerie?

Valerie: Listening back was a magical moment for everyone involved. There was a question of whether it would be a clear record. When I heard it and it was clear, I felt this was the way my voice was meant to be heard on a recording. 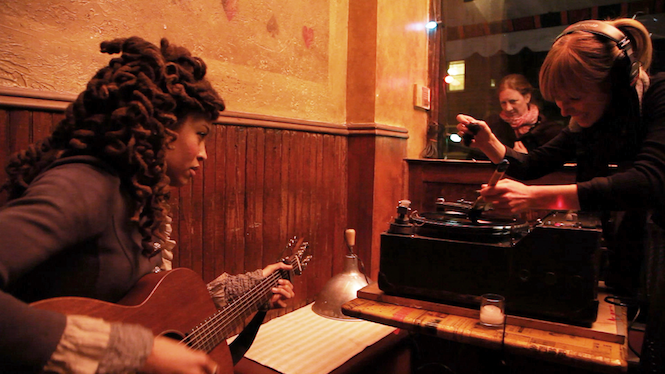 Alex: Actually, it’s kind if interesting, because we give artists one take, but the early field recordists were fine with doing more than one take. And we’ve heard many of Lomax’s recordings, for example, where there are numerous incomplete or flawed takes, which is fascinating to hear, because it gives you a real sense of the circumstances in which those recordings were made.

Even though there is a focus on those circumstances, there’s something fresh and honest enough about this process to suggest that nostalgia is not really the point.

Joe: I think what’s essential to understand about the project, if you care to, is that I really don’t think it’s about nostalgia. I think it’s about being reminded that the past is alive and with us. And any time you take up the past you’ve just enlivened it into the present and it’s easy to forget that. Any time you put on a piece of music, whether it’s a day old or 80 years old, you’ve just set it into the atmosphere of your day and it’s part of the fabric of your experience this living day in real time. I think that the 78 Project reminds us in no uncertain terms as a performer or a listener that we have a live wire connecting us at all times to our past. You know, as William Faulkner said, “The past isn’t dead, it isn’t even past”. 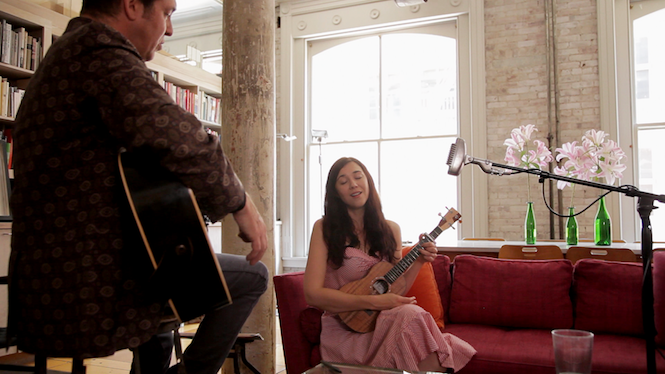 In that sense picking a song that’s been recorded by the likes of Woody Guthrie, Johnny Cash and Pete Seeger to name a few, puts you part of that tradition and ties it all together.

Joe: Exactly, you’re not as a modern person just paying a tribute to an old technology. I think this project is a great opportunity for those of us involved and anybody who cares to listen to it, to be reminded that we are part of a living tradition, we’re not paying tribute to a dead idea. You know tradition doesn’t mean the museum, tradition means what puts a frame around us every day and gives us a context.

Valerie: I agree with Joe that it’s about tradition. Roots music definitely keeps the music world grounded even though music is a living and ever growing form of art. Roots music keeps it from getting too away from home.

Is modern music too disconnected from its own past? Folk and blues tend to be genres that are more aware than others of a tradition or lineage.

Lavinia: Our American musical canon was created through the interpretation of old songs by new musicians in new places on the instruments and in the voices particular to where they live and what their experience is. Maybe it’s that it’s less about particular genres being more aware of the tradition or lineage and more about particular people being aware of these things that are seminal.

Often folks are surprised by how much they already know, and how much of our musical legacy is just with them just through experience. And some of the choices are completely surprising, as often people are interested in choosing something that might be construed as out of character or out of genre for them.

Alex: For example, one of our lovely friends in California, Coati Mundi, who had numerous dance music hits in the 80’s, chose to sing ‘Billy Boy’ in a spoken word/latin rap style using only spoons as accompaniment. As a kid from Spanish Harlem, the Fresh Air Fund had sent him to a summer camp in the Appalachians, where he learned the song from farm hands. 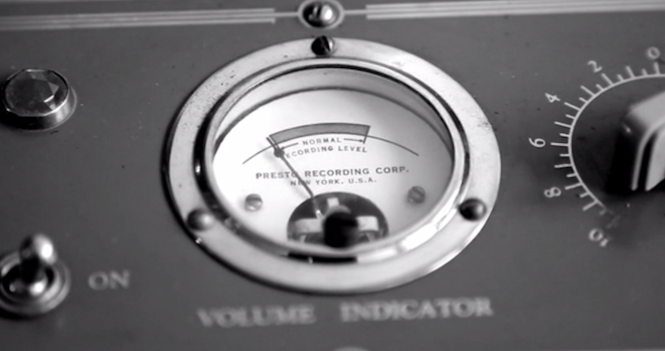 What are your hopes and aims for the project now?

Lavinia: The main thing that we hope, and have always hoped is that the project will continue on indefinitely. We have tried to structure it so that there will always be more room for new musicians, new places, and new experiences within all the different channels the project now produces.

Alex: It’s been our dream from the very beginning to make a film, and we are pleased to report that we are finishing up our feature-length version of The 78 Project now! Our hope for the film is that we’ll get to travel along with it, bringing the experience of seeing a live field recording to the film’s audiences.

Find out more about The 78 Project and watch the full web series on their website. The 78 Project: Volume 1 is out now and available to buy on vinyl here.

The 78 Project Movie will premier at SXSW Festival in Austin, Texas on 11th March. Click here for more info. 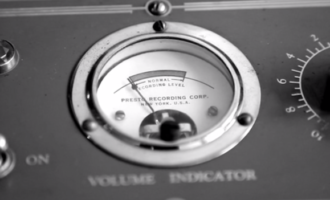