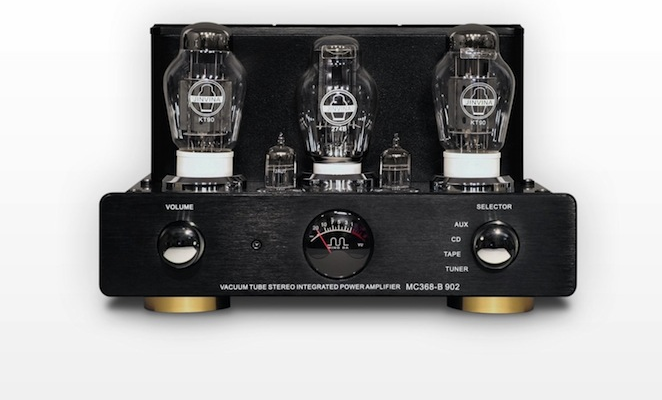 Nothing screams audiophile authority like a valve (or tube) amp. But these gorgeous, warm, glowing pieces of kit needn’t be completely out of your league. While ‘budget’ is all relative where valve amps are concerned, Paul Rigby runs down the eight best affordable models on the market and what to look out for when buying on the cheap.

Valves. Don’t they power the electronics in Lancaster bombers, crystal radio sets and mad professor’s laboratories who have ambitions to reanimate stitched-up, left-over body parts? Of course they do but they also sit at the heart of some beautifully sounding hi-fi kit.

Known as tubes in the USA but valves in dear ol’Blighty, these ancient sealed glass technologies were used to power amps and more back in the ’50s and ’60s and then largely fell out of fashion but then have roared back into fashion again during the past 20 years or so. Such is the current demand that new valves are actually being manufactured again while discovered caches of original valves can fetch high prices.

Utilised as an alternative to modern solid state technologies, the valve, at first, seems like an anachronism but the reasons for its popularity include: it looks nice, it provides a retro feel, it’s a talking point at parties and, most importantly of all, it sounds great.

“Sounds great” needs clarification. In general terms, valve-based amps tend to lack deep, roaring bass (there are amps featuring large valves known as 845s which solve that problem, mind you) but they do offer exquisite midrange and treble performance. They also excel in detail, clarity and transparency.

Valves also come with a reputation which says that valve life is finite and replacements can be costly, valves run hot and may threaten to replace your home’s central heating and valves coat the sonics with a sepia-like warmth. This is all true. Sometimes. Many valves are longer lived than others and many will outlast the life of the product itself. Many valves run quite cool and you’ll never know that they are there and many valves don’t colour the sound at all.

As you can see, despite their reputation, it’s dangerous to generalise with a valve.

Most people reading these words will not be familiar with valve-driven anything. Hence, the point of this piece is to offer an introductory blend of quality and price. You will also learn that ‘budget’ in the quality valve amp world is rather higher than in the turntable world, for example.

Yes, ok, the market is swamped with low cost valve products but, just because you see a box with a valve sitting in it, doesn’t mean that it’s any good. It takes money, skill and in-depth knowledge of the breed itself to produce a top quality valve amp. In fact, there are far too many bandwagon jumpers out there who see valves as a tasty way to make a quick profit and rely on the novelty factor and the fact that some people go weak at the knees (and the wallet) when they see glowing glass tubes.

Just because you see one poking through a box top or shining its light inside a window, don’t automatically believe that it represents a gateway to audio heaven. Treat it like any other piece of hi-fi and, ideally, give it a thorough demo before you hand over your cash. This is the reason why you won’t see any new valve amps listed here for a couple of hundred pounds, for example.

Which is not to say that such a beast will automatically sound nasty. But treat it with the caution it deserves, nevertheless.

Similarly, anyone seeing complex, impressively-styled valve amps for sale direct from China via the Internet…beware. Most Chinese valve amp designers are enthusiastic, dedicated and, no doubt, honourable chaps. Experience also says that many are lacking in valve amp design experience or utilise less then reliable production facilities or treat safety measure with abandon. Don’t go there. But do go here… I dislike Fatman. There, I’ve said it. It represents one of the better known valve bandwagon jumpers out there and, mostly, produces great looking kit that’s quirky and rather groovy that sounds decidedly mediocre. Not actually bad. Just mediocre. This one, though… Well, it ain’t bad. Not bad at all. You can only find it second hand, though, as it’s now delisted.

From the highly respected UK outfit based in Leicester, this is one amp that most of the media has (criminally) ignored but is a great, small footprint (for the company, at any rate) valve-driven device that includes a headphone socket at the front with a neat, two-position, input selector and volume control. It allows you to plug in a CD player and a digital audio device at the back plus speaker terminals. An excellent design for a small flat or house or second system for an office or bedroom. One of the true classic amplifiers from a legendary British hi-fi outfit. These amps were built during the 50s (yep, the 1950s) but can still be found in full working order. Not for beginners but if you are confidant in handling valve kit, it will bring many hours of joy. Valve amps are complex beasts, I recommend buying second hand in fully serviced/restored condition only: the price here reflects that. Look out for other vintage UK models from the likes of Quad, Armstrong and Rogers. Offering a headphone socket, this design is basically a modern incarnation of the above classic amplifier design, Leak’s Stereo 20 with just 15W of power. Offering little bass, although available low frequencies are characteristic and track so well that you tend to forget about that issue, this amp is supremely transparent with beautiful clarity. An amp that sits easily in a budget or high-end system. A valve amp with a Chinese heritage that you can trust! Like the Icon Audio designs, this unit has been hand built and uses point-wiring which basically means that no robot arms have been within 30 feet of the thing. Real humans have built it from the ground up. Comes with a remote control volume control and a headphone socket. This one is a bit weird because it’s a hybrid machine. That is, it’s part valve and part solid state and you can connect and disconnect the valve element if you wish. I prefer the valve side in the circuit, if truth be told. It’s packed with options and serves as a bit of a hub providing headphone inputs but also a fully fledged DAC plus an iPod dock. Unlike the Icon Audio and Ming Da, which display their valves proudly and the Peachtree hybrid, which displays its valves through a sealed window, the Jolida hybrid looks like a basic solid state amp and is ideal if that is the form factor that you want in your system. This hybrid doesn’t really sound like a solid state or valve amp but somewhere in between. Arriving with 3.5mm mini-jack for MP3 players, this heavy piece of metal offers value for money. This amp bristles with valves and provides a classic design with the valves positioned at the front with heavy transformers behind. Like many amps of its class, the bass is a little lacking in the extremes, treble is rather sweet while the detail is excellent. All in all, the amp is very musical. That is, music flows easily without effort and forces a series of foot and finger-tapping motions from the listener. Darn it.