Only start a label if. . . A candid guide by Tompkins Square, the ultimate label of love 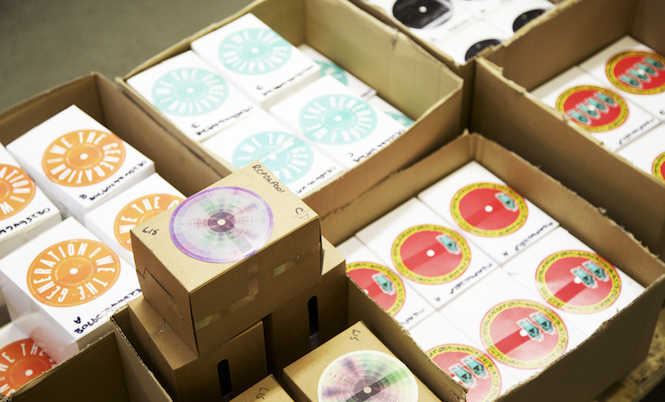 Want to start a record label? Here’s some brutally honest, brilliantly wry advice from someone who’s seen it all before.

“Josh Rosenthal is a record man’s record man. He is also a musician’s record man.” So says T Bone Burnett. A Grammy-nominated producer, long-time Sony Records employee and founder of the uncompromisingly independent Tompkins Square label, Josh Rosenthal is perhaps better placed than anyone to shed light on what goes on at the sharp end of the music industry.

Leaving the majors to set up Tompkins Square, Rosenthal has spent the last ten years leading the label through the swampy foothills of an unforgiving environment, building a word of mouth reputation (there’s no label Facebook page) for high quality archival releases at the roots of American music. At its core a democratic space for unclassifiable vernacular song on the fringes of mainstream rock’n’roll (unheard gospel, blues and free jazz all find a home under Rosenthal’s roof), Tompkins Square is, like Portland label Mississippi Records, defined by the obsessions and intuitions of its founder and his insatiable appetite for crate digging.

“When I see a map of the USA, I see record stores,” Rosenthal writes in the introduction to his new book The Record Store Of The Mind. Part memoir, part homage to the places where records exist to be discovered (whether that’s a cardboard box on the street or the new arrivals bin at his favourite store On The Corner Records), it’s both a sort of collectors’ confessional (“It’s The Quest that makes collectors crazy in the head”) and sideways glance a life as a small fish in a very big pond.

In the chapter below, taken from the book, Rosenthal lays out his eleven point guide to starting a record label. If you’re talented, love music and avoid conflict at every turn, then this probably isn’t the job for you. Only start a label if…

Tompkins Square is a pretty niche operation, but even the higher profile releases I put out are mostly ignored. When I send out a press release to media outlets, about 20% open the email. This is considered an average open rate for entertainment media companies. Of those folks, maybe 2% will email back with interest. Luckily, we have received tons of great press over the years, for which I am extremely grateful. But the vast majority of media and consumers don’t care and are ignoring me, and will probably ignore you as well. If you are lucky enough to get people to care, in general they will only do so for a few days, and then your project will become a catalog item. Most journalists will treat an album that’s already out like rotten vegetables. “Stay within yourself,” as they say in baseball. Concentrate on releasing quality and pleasing yourself first, regardless of the response or lack thereof. The only thing more likely to get ignored other than your label is your book.

. . .you enjoy owing someone money at all times

A manufacturer, a producer, an artist, a studio, an engineer, an art director. Pay up.

The music business is a closed system. You are pitching the same people year in and year out. Coming upon a new media person or retailer who’s enthusiastic about your work is incredibly refreshing. Most writers and editors seem like nice, passionate people and I enjoy interacting with them, although I’ve never met most of them in person. But you are pitching the same people over and over. I don’t like hiring publicists because I like driving the narrative, having my own relationships, and I like to save money. I’m not convinced that I’ll get incrementally more press by hiring someone. Plus there are very few press hits that actually move the needle. Work your consumer email list. If your music is any good, certain outlets will embrace it without a middleman. Social media is effective at spreading terrorist propaganda. For music, not so much. There’s too much chatter, nothing sticks. Is it helpful? Yes. But if you’re relying on it, that’s really sad. Note: This does not apply to stars.

. . .you enjoy engaging in unhealthy “competition”

Have you ever heard the Morrissey song, “We Hate It When Our Friends Become Successful?” Such an elegantly expressed dark truth. I have never felt in competition with any other independent label. I have respect and reverence for quite a few of them, and I know a few of their proprietors. Some of them seem incredibly insecure though, and when you meet them, the interaction often devolves into a very awkward dick contest. Somewhere in the conversation, they’ll start in with my favorite: “So, is Tompkins Square all you do?” You look into their eyes and listen to them, and you can tell they’re not rooting for you. Not at all.

. . .you enjoy having things go wrong

Any small business is fraught with daily challenges. In this racket, your printwork will come out a funny hue, your test pressing will sound bad, your vinyl will be warped or the corners dinged, your shipments will be late, the wrong master will be uploaded, there’ll be a typo you missed, or a vendor will return unsold goods. Ah jeez.

. . .you enjoy selling a worthless product

My label has enjoyed extremely good fortune over the past ten years. But the CD is almost done, the LP is an unwieldy, low-margin production nightmare, the download is disappearing, and everyone on the planet can listen to all the music they want for free. You can still make money selling pre-recorded music if you know what you’re doing. I embrace all forms of technology that allow people to hear more music, even if it’s free. Music content will be owned by technology companies eventually. There’s already this morphing of digital services and the major content holders, which are buying stakes in said services. Forget the delivery method, you can’t control that broadly. Keep up with developments in technology, but don’t led them guide your creative principles. If you can’t make money using the present day delivery systems, innovate, or go do something else. Old world constructs made musicians and labels feel entitled to reliable income, but that doesn’t mean it will be that way going forward.

I love a good nap. Napping is the best ‘fuck off’ you can offer the Universe. You’re losing consciousness, you know you’re going down, then that warm twilight. It’s like free, un-dangerous heroin. You will be a more efficient business person if you can fit one into your day. There are a few different kinds of naps. There’s the 20-minute power nap from which you awake re-charged and refreshed. There’s the slightly longer 30 or 40 minute nap, from which you awake disoriented, disheveled, wobbly, and all you want to do is get back under the covers for another 6 hours or so. So set your alarm for 20. When I worked for a big corporation, one of the few ways I maintained my humanity was by telling my assistant to hold my calls, and then I’d take a snooze. When you run your own label, you can take a nap anytime.

This isn’t a pre-requisite per se, but it will make your job a lot easier. There’ll be no heartache if some artist or compilation you love is ignored or doesn’t sell. By not caring as much, you’ll have less skin in the game, and you’ll be more nimble and ready for the next challenge.

I can’t really play an instrument. I play chords on the guitar – that’s it. I can’t sing. My mom bought me a ukulele recently, but I can’t figure out how to play it. I have no talent, so I’m perfectly suited to run a label. As my friend the legendary producer Bob Johnston (Dylan, Cohen, Cash) likes to say, all the record company brass he ever answered to couldn’t sing, couldn’t write, couldn’t play, yet they had an opinion about just about every aspect of what the artist was doing. I’ve always regretted the fact that I can’t really talk on the level with a musician about the technical aspects of reading, writing or performing music. You can be an ‘executive appreciator’ and work the business side, but to be a true ‘music executive’ you better know something about actually playing, writing and performing. Otherwise, never tell the artist what to do with their actual music, because you don’t know what the fuck you are talking about. Therefore, if you have no talent, you will be following a long succession of very successful professionals in our industry, and you’ll be well-qualified.

I have never signed a band in ten years running the label. The closest I came was Prefab Sprout (a guy, not a band) and Hiss Golden Messenger (more a guy than a band). I don’t like the sound of most new ones. Most indie rock is just retread, with non-descript singing and playing. I’m also firmly out of the demo. But it seems like bands are where the money is, so sign one!

I’m always amazed by the faces people make when I tell them I don’t like certain artists. You would think I did something truly horrible to them. When in fact we’re discussing music, and music is about taste. Don’t debate zucchini with me. If you don’t like it, I’m not gonna torture you, wonder about you, look at you askance, or try to marshal you over to my side and convince you of how great zucchini tastes. Music is the same. My list is comprised of (artists I dislike) + (how indignant/nasty their fans are when I tell them I don’t like them), and that fetid equation makes them eligible for this list. The jerky fans of these artists intensify my dislike for the music, which is already substantial. If you like these artists, it’s probably a tip off that there is a deep cultural chasm between us. We can be friends, but only to a point, because we will always be deeply suspicious of each other. But if you start a label and you like these acts, you will be very successful.

* Dennis Wilson’s Pacific Ocean Blue is sublime, though. Sublime defined as “impressing the mind with a sense of grandeur or power; inspiring awe, veneration, etc.” All those things.

Josh Rosenthal’s The Record Store Of The Mind is published by Tompkins Square and available to buy now. 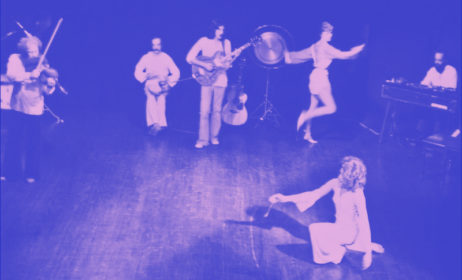 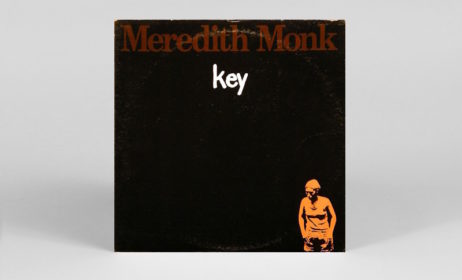 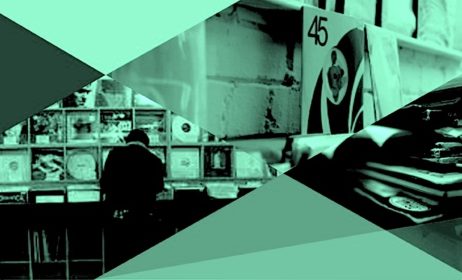