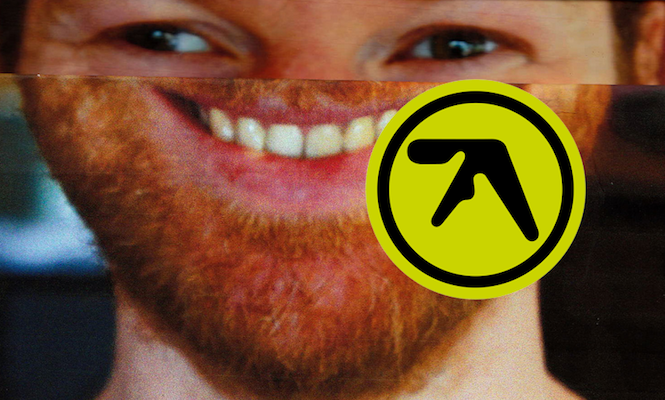 10 Aphex Twin records any respectable collector should have in their racks.

While picking ten Aphex Twin tracks is about as divisive a thing you can do, every argument needs somewhere to start. The ten records collected here span a large chuck of Richard D. James’ output, from nigh-on household classics to the odd fringe release that might have escaped the causal observer. To help you out we’ve pulled all ten into this playlist which you can listen to as you read. To start at the (almost) beginning, Aphex Twin’s debut long player for R&S was a groundbreaking moment in electronic music, as the producer effortlessly combined subtle melodies and soothing atmospheres with the skitterish beats left scattered over the countryside by the swelling tide of rave. Coming off the back of a couple of brutal breakbeat techno 12s, this gorgeous collection of minimal compositions came out of nowhere to stand alongside the finest examples of ambient music. Slightly let down by poor audio quality (it was mastered from a tape damaged by James’ cat) it’s worth investing in one of the recent remastered editions. This ferocious three tracker, the producer’s second release, came out on Rabbit City just before he changed the landscape of electronic music with SAW and sees the producer applying his unique talent to a different end of the musical spectrum. While the two untitled acid techno monsters on the B-side could teach the hordes of contemporary tape techno producers a thing or two, this 12” is all about the intense brilliance of ‘Digeridoo’. This undulating 303 facsimile of the aboriginal instrument was like nothing anyone had ever heard at the time and hasn’t lost any of its idiosyncratic brilliance in the interim. The first work released under one of Aphex Twin’s many monikers to make an appearance on the list, Polygon Window’s “Surfing On Sine Waves” came out on Warp in 93 and showed a striking thematic progression from the previous year’s SAW. The ear catching melodies were still there, but this time round the soundscape pulsed with rhythmic sequences as James explored the outer dimensions of space age techno. As well suited to the bedroom as the club, “Surfing On Sine Waves” became a classic in the emerging IDM movement. The second volume of Aphex Twin’s ambient excursions is my personal favourite amongst his long players and is a worthy successor to SAW, heading deeper into the horizontal for some serious chill. Comprising of 24 untitled tracks (now known by their corresponding images in the album’s beautiful artwork) alongside the excellent ‘Blue Calx’, the album provided an indication of James’ increasing unwillingness to follow the standard industry practices. Either opt for the expensive and lesser spotted black Warp pressing or the recent 1972 reissue, but steer clear of Warp’s patchy brown vinyl version. This 1995 release under the AFX pseudonym is one of the earliest examples of the unpredictable polyrhythmic assaults which later became synonymous with the producer’s drill and bass style. The EP bristles with a queasy malevolence, from the nonsensical but nightmarish samples in “Children Talking” to the dislocated and dissonant chords of the title track. “Hangable Auto Bulb” marked the point when things started to get very dark. Speaking of dark, they don’t come much more midnight than this intense blast of distorted drum n bass, which has been terrifying children and pensioners alike since 1997. Whether it was conceived as a brutal parody of death metal, The Prodigy, neither or both, the title track is a total Aphex classic which has gone on to become one of his most recognisable releases. And if you’re looking for an example of Aphex Twin’s diverse genius, the fact that the insanity of “Come To Daddy” is immediately followed by the serene beauty of “Flim” is pretty much mind blowing. The new millennium saw RDJ’s output slow, and of his three 2001 releases (including the patchy, but occasionally majestic Drukqs), this floor burning remix 12” offers the most consistent hit rate. Acid is the name of the game as James takes on a couple of his favourite 303 workouts and gives them the benefit of his unhinged expertise. 808 State’s ‘Flow Coma’ is flipped, stripped and bit crushed into an undulating head nodder with just the right amount of funky drummer, while Pierre’s essential ‘Box Energy’ finds itself pitched up into a breathless breakbeat assault propelled by frenetic 303 lines. Although a perennial crowd pleaser in James’ abrasive dj sets, the rest of us mere mortals might have to stick this one on at 33. RDJ spent most of the noughties occupied with the Analord series, and this first edition is as good as any that followed. Created entirely on the notoriously complex Roland MC-4, the EP features four lysergic electro bangers, including the standout ‘Where’s Your Girlfriend?’, punctuated by a couple of tasty acid interludes perfect for cleansing the palate. A true collectors item, the tenth edition in the Analord series was originally released via the Rephlex website accompanied by a binder with 12 polyvinyl sleeves designed to house the other vinyl in the series. Although remarkable due to its rarity and price in the second hand market (second only to the the practically unreleased Caustic Window LP), let’s not lose sight of the music; the duo of sleek electroid bombs found here are a high point in the producer’s late career. This 2007 Rephlex release by The Tuss, a duo comprising of the fictitious musicians Brian and Karen Tregaskin, prompted a wave of speculation over the true identity of the producer. Naturally obtuse, James has remained tight lipped on the matter to this day, but the legion of Aphex Twin fanatics have assembled an almost irrefutable case that this is the man himself. As his last known release, could this collection of hyper speed electro and fizzing acid techno provide a hint as to what Syro holds in store? Your guess is as good as mine.