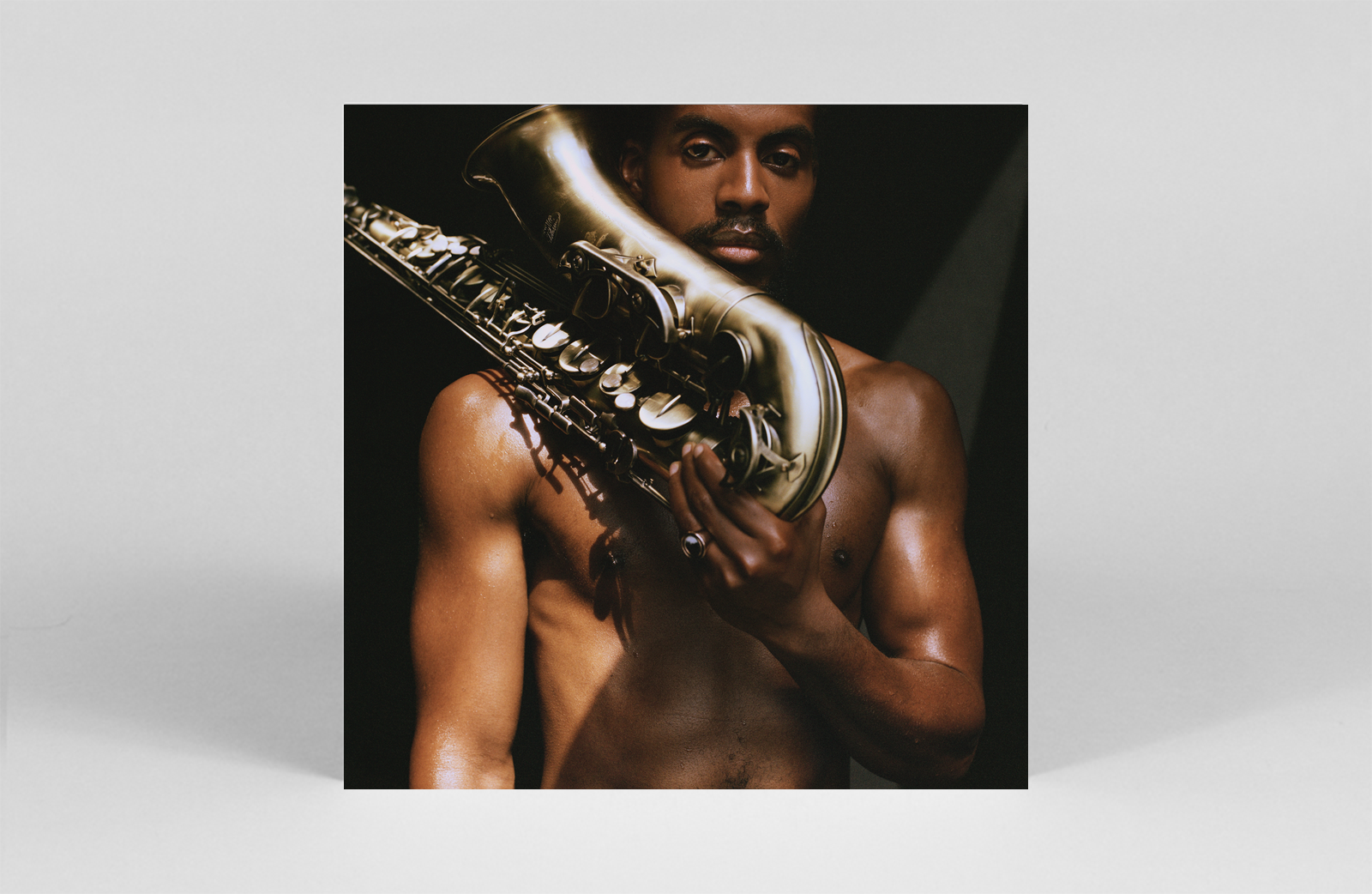 Bradley Miller, aka cktrl, is a ‘once in a generation’ artist. His work moves across the musical borders of modern classical and jazz, seeking to change the landscape of contemporary Black British music. Yield is possibly his most ambitious work to date, with a refreshing authenticity that makes the listener feel held in a warm, safe place. This makes sense, as Miller described wanting the listener to see these new songs as a guided meditation to explore the emotions the music brings to them. It is an excellent body of work by an exceptional artist, composer, and radio host. —EH 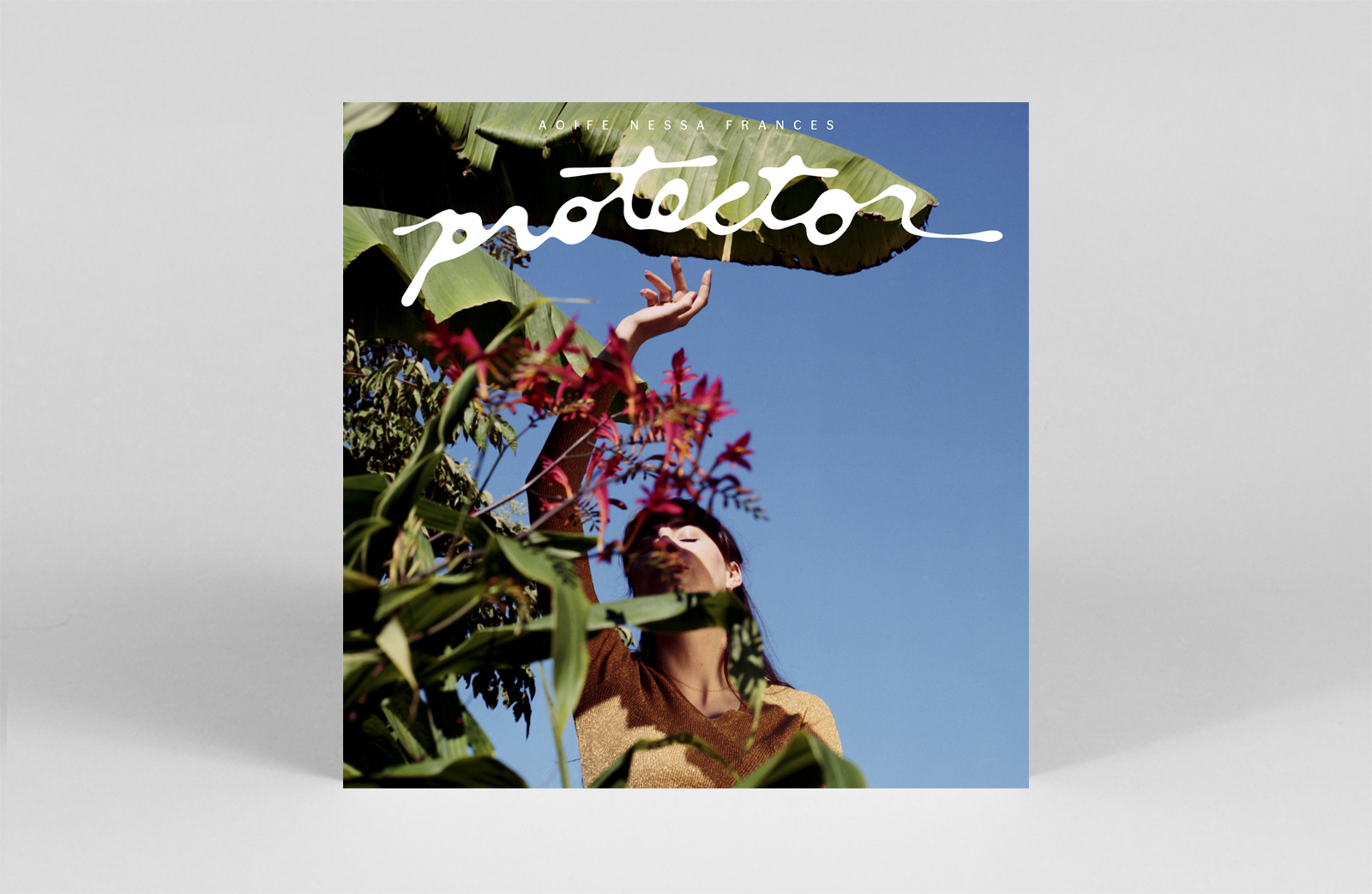 Irish singer-songwriter Aoife Nessa Francis returns, sounding more self-assured and confident than ever on her sophomore effort. A rich, layered folk release, Protector’s primary mode is tranquillity, but the hazy, dreamlike instrumentation never floats away entirely, thanks to Nessa Francis’ distinct, bold vocals serving as an anchor. Melancholic lyrical themes arise, but with music this lush and patient, it seems the intention is to sit with those thoughts rather than rush them away or seek catharsis. Another impressive release from a future indie star.–KD 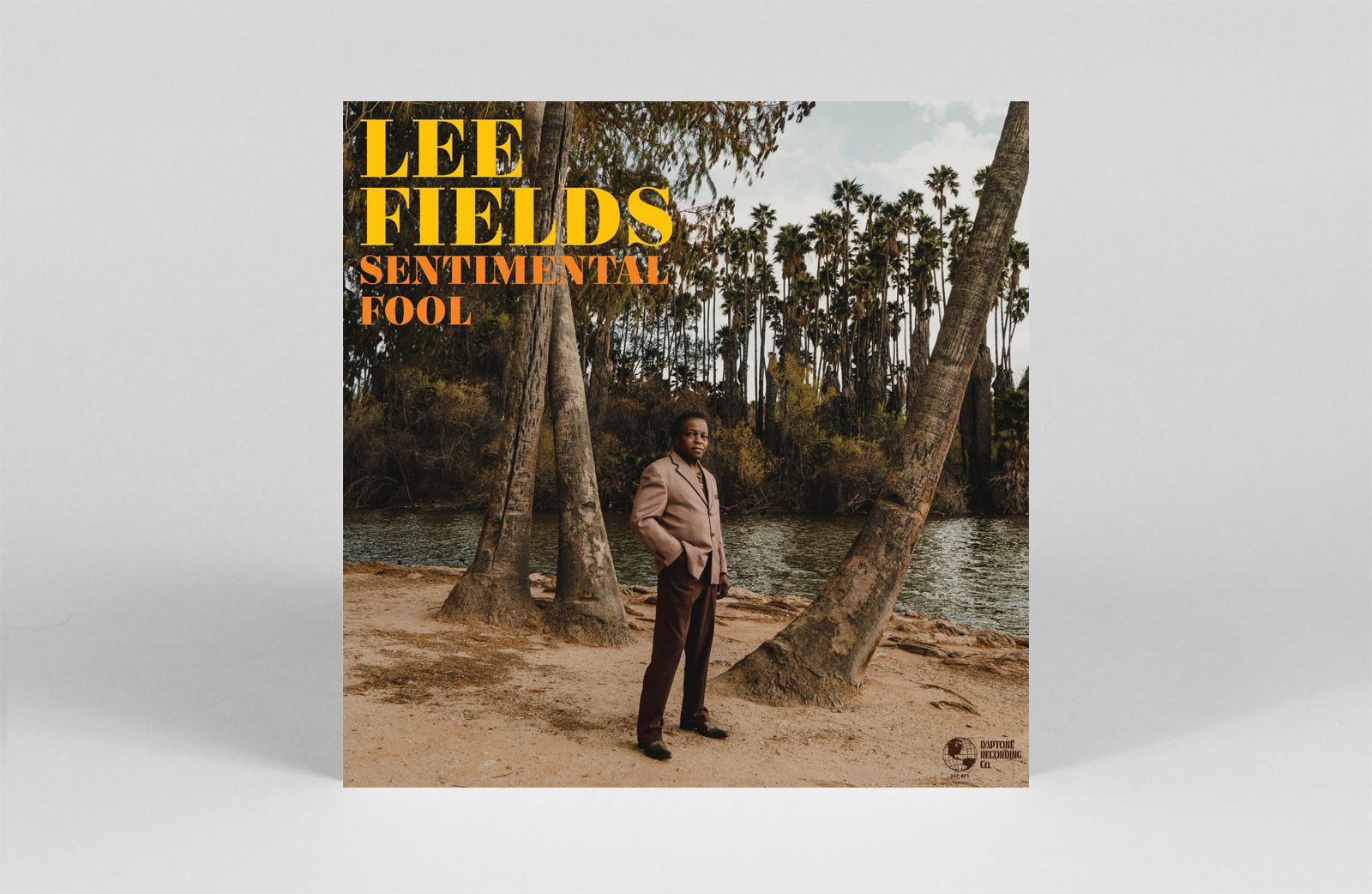 Sentimental Fool sees soul veteran Lee Fields producing some of the most sublime music in his five-decade career. His label debut on Daptone is full of sepia-tinged arrangements; magnificent horns, Hammond-organ grooves and spine-tingling backing vocals that throwback to the glory days of Muscle Shoals and Stax. With each passing year, Field’s voice gains more emotional resonance—a raw raspiness designed for deep soul of the highest calibre.—AVD 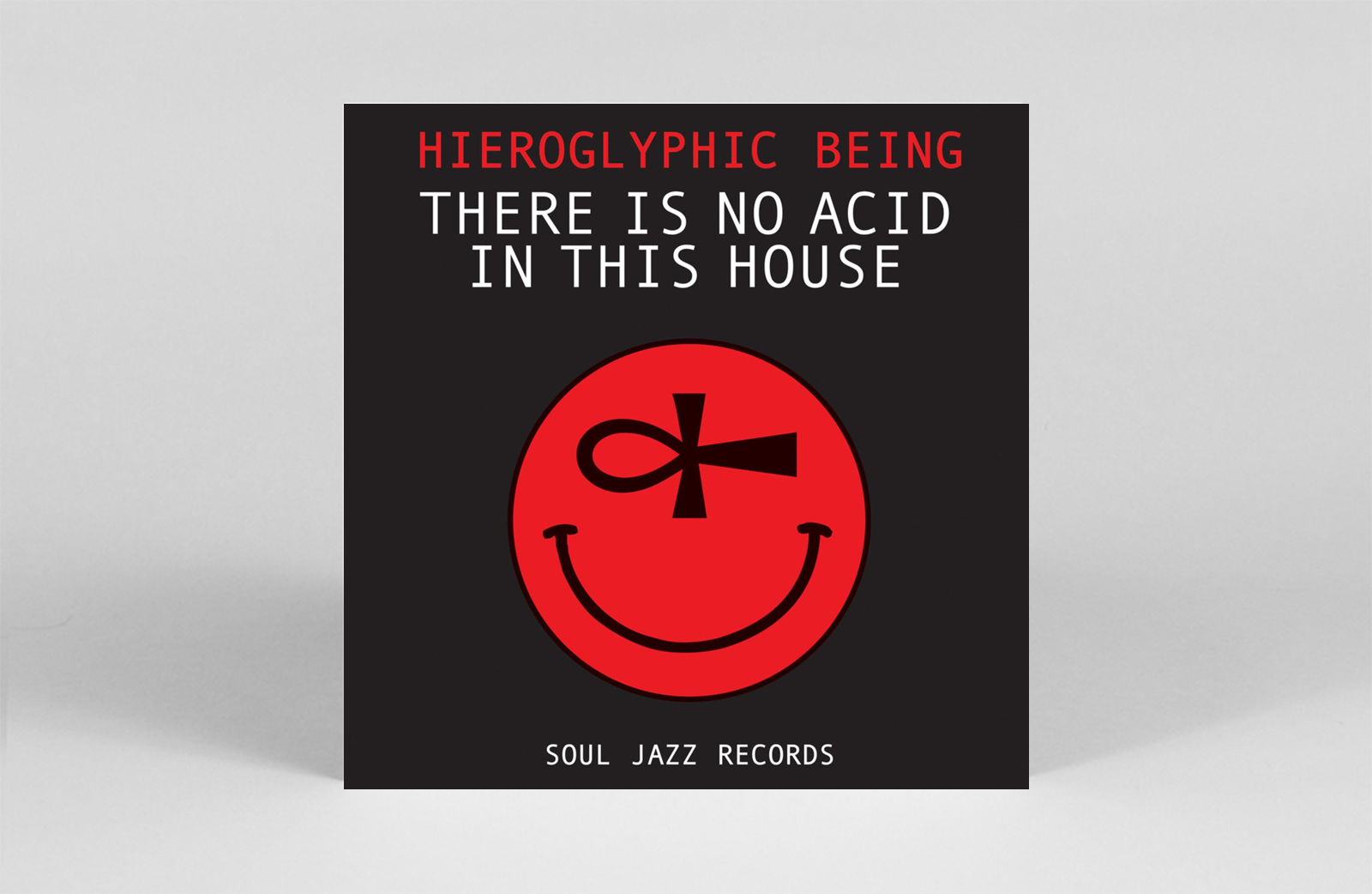 There Is No Acid In This House

On his third record for Soul Jazz, Hieroglyphic Being—aka Chicago-based producer Jamal Ross—pays homage to the radical artistic traditions of his hometown. Pairing blistering acid techno experiments with his predilection for Sun-Ra-inspired afro-futurist mysticism, Hieroglyphic Being combines the avant-garde sensibilities of Chicago’s free jazz scene with the musical blueprint pioneered by Chi-town legends like Marshall Jefferson and Ron Hardy. The album’s titular track is a particular standout: hypnagogic loops of ethereal synth are layered with distorted yelps and white noise that builds into a propulsive four-to-the-floor chug made for the dancefloor.—AVD 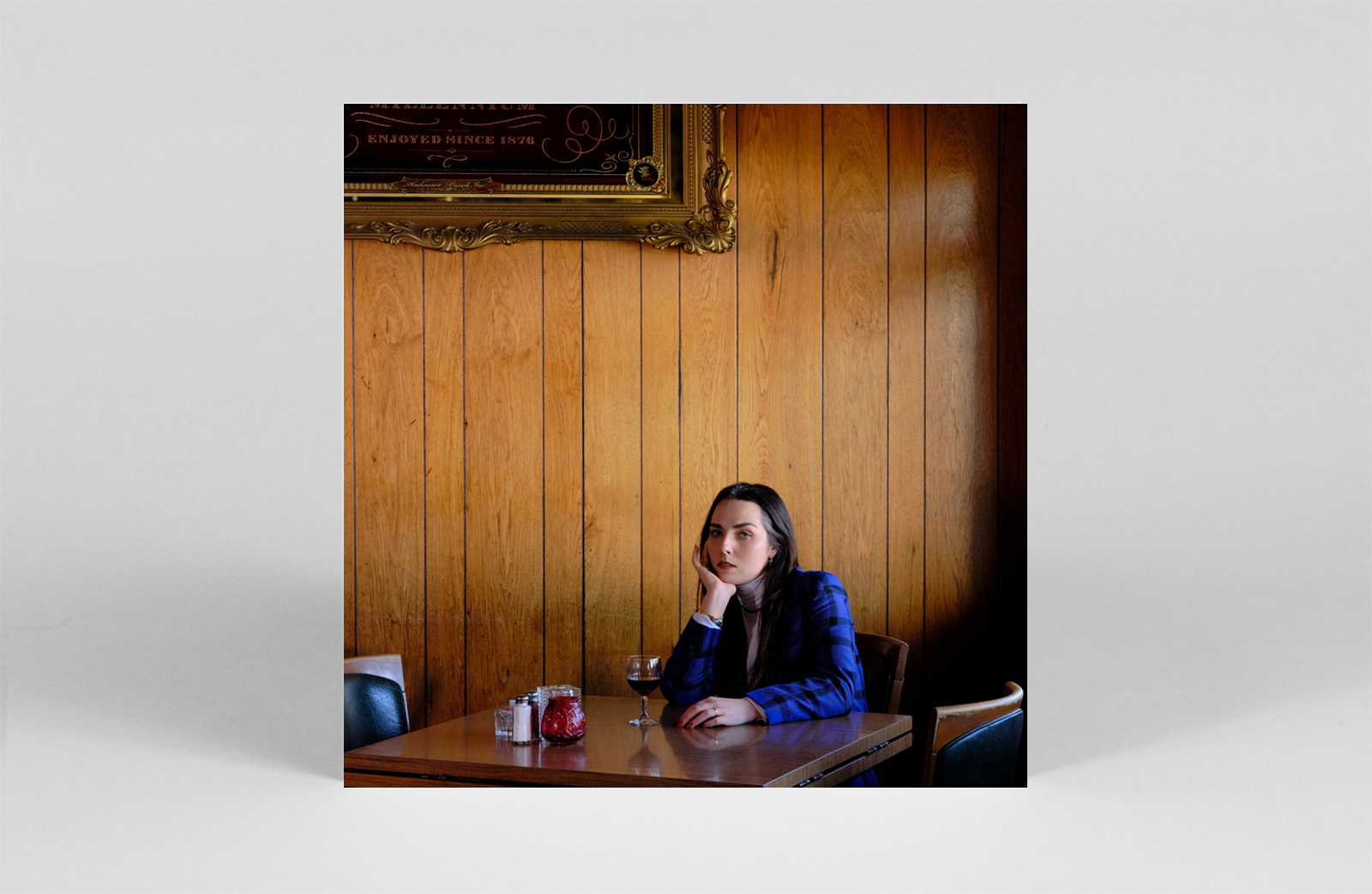 Signed to Bradley Zero’s Rhythm Section International, Klein Zage is a Seattle-born, NY-based performer. On Feed The Dog, Zage takes the spoken-word, beat-based approach of previous releases and introduces a scuzzy, almost alt-rock dimension. Wispy and minimalist, Zage touches on club synths before darting to glinting, metallic guitars while plucking at the textures that come in between. Feed The Dog is impossible to pigeonhole, but the sum of its parts feel like riding a bicycle a little too slow through a sinister cityscape at night. Seductive and daring stuff.–KD 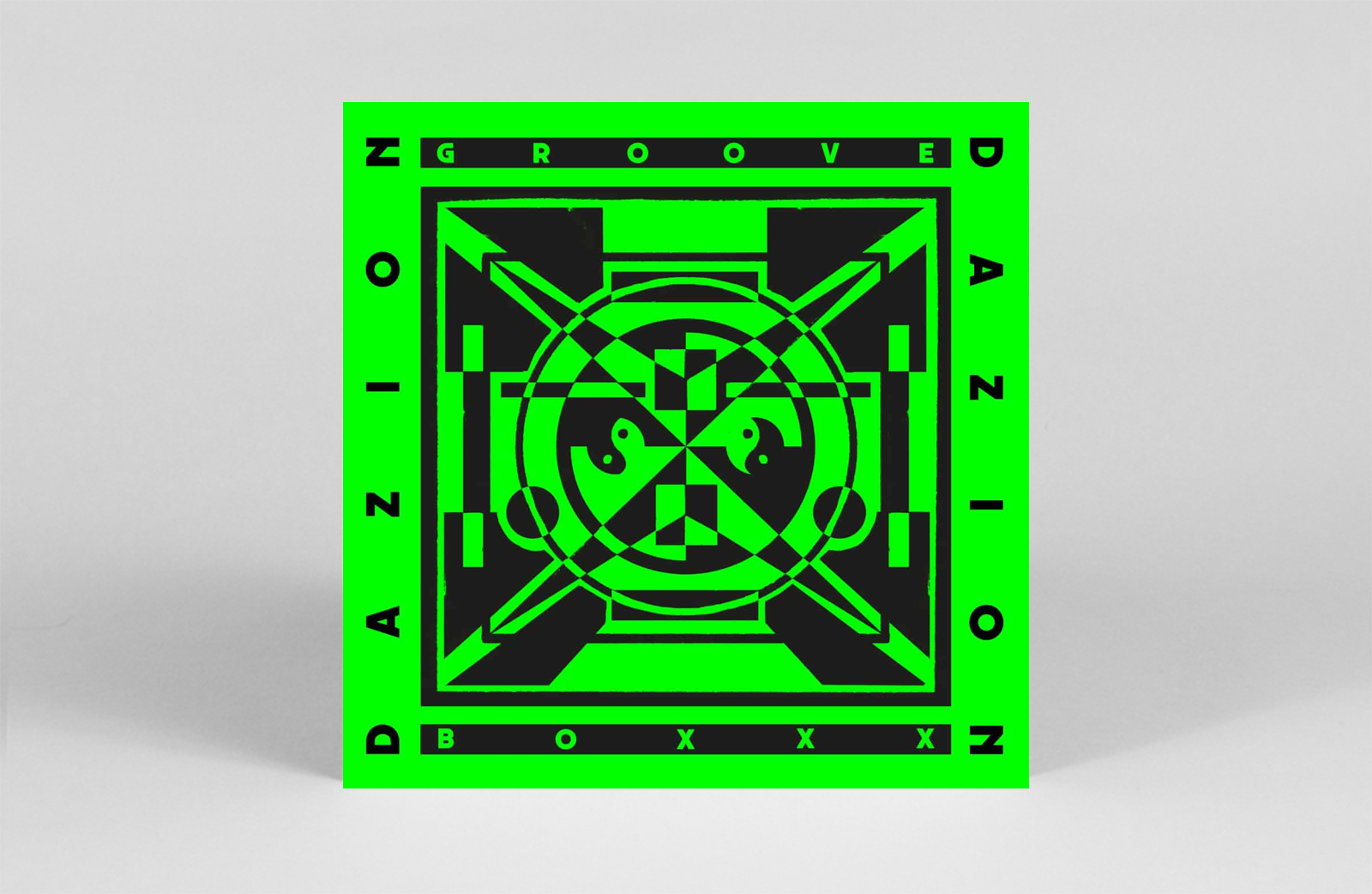 Dekmantel joins forces with Dazion on Grooveboxx to celebrate the iconic sounds of the ’80s and ’90s Netherlands club scene–most notably the Hague, which prided itself on minimal tools yet offered maximum energy vibes. Dazion, the Hague based DJ, enigmatic live performer and visual artist, found his path in the scene by working at now-closed institutions such as Eau. Grooveboxxx is a monumental body of work. Using a few elements, he crafts memorable and dynamic club cuts that hit the right spot. — EH 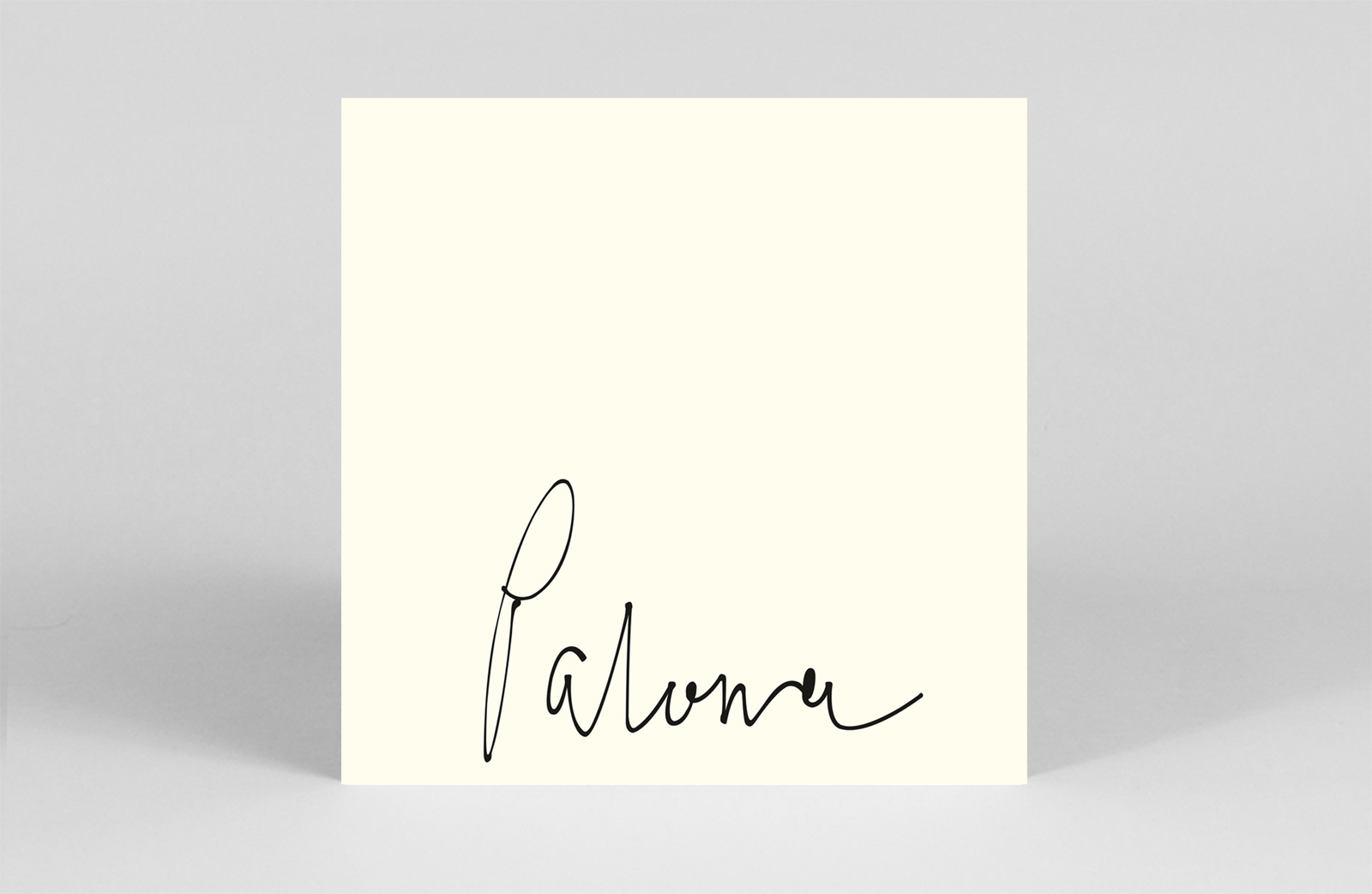 Taking inspiration from Krzysztov Kieslowski’s 1991 film The Double Life of Veronique, Laila Sakini’s Paloma initially anchors itself in visual imagery and the film score before venturing outwardly into the mysterious qualities and “unconscious arrangements” that have marked her work to date. Working with sparse instrumental lines and evocative phrasing that focus on recorder, piano and embodied response, as a subtle entanglement of instrument and voice. Paloma is a rumination on hope in present times that welcomes repeated listens.— JH 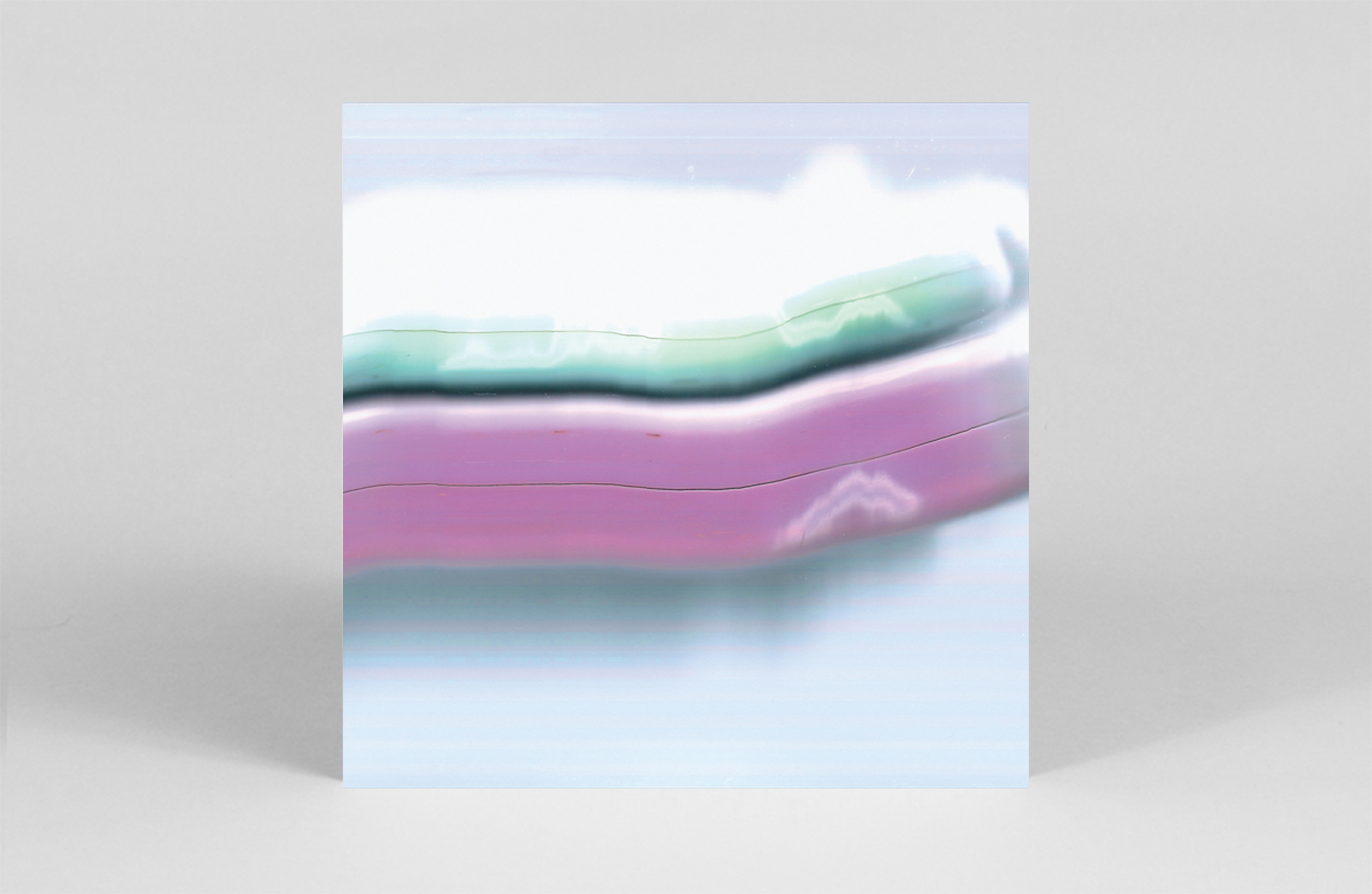 Google translating commentary from Arsenal football matches into Japanese before inputting the results into Vocaloid AI software, Michael O’Mahony’s Talkbox looks to degrees of slippage and a curiously networked approach when creating synthetic vocal melodies. Wearing a sense of kitsch and semantic collapse on its sleeve but steering clear of the ironic distancing that could accompany such a work, Talkbox disarms and endears with the palpable sense of fun that seems to have guided its creation.—JH 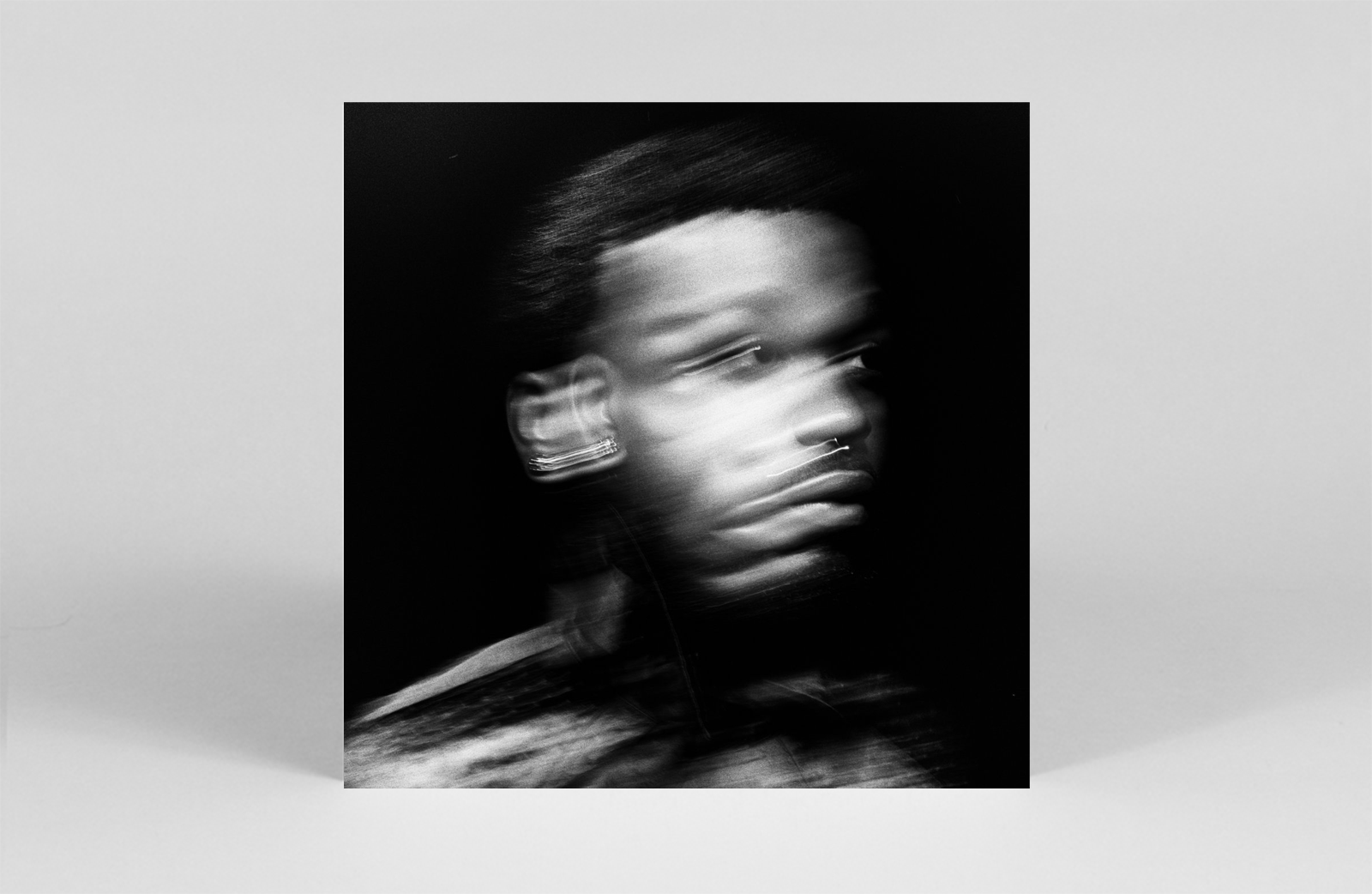 Cakes Da Killa returns for his long-awaited second album, Svengali, on Tokimonsta’s label Young Art Records. Charting a relationship from its expeditious beginning to a final break-up, Svengali continues to marry house and hip-hop together with ease for a record that is danceable, thoughtful and often humourous. Less overtly party-focused than Da Killa’s earlier releases, Svengali still delivers a good time, whilst cannily capturing the highs and lows of queer love against the backdrop of a dancefloor—KD 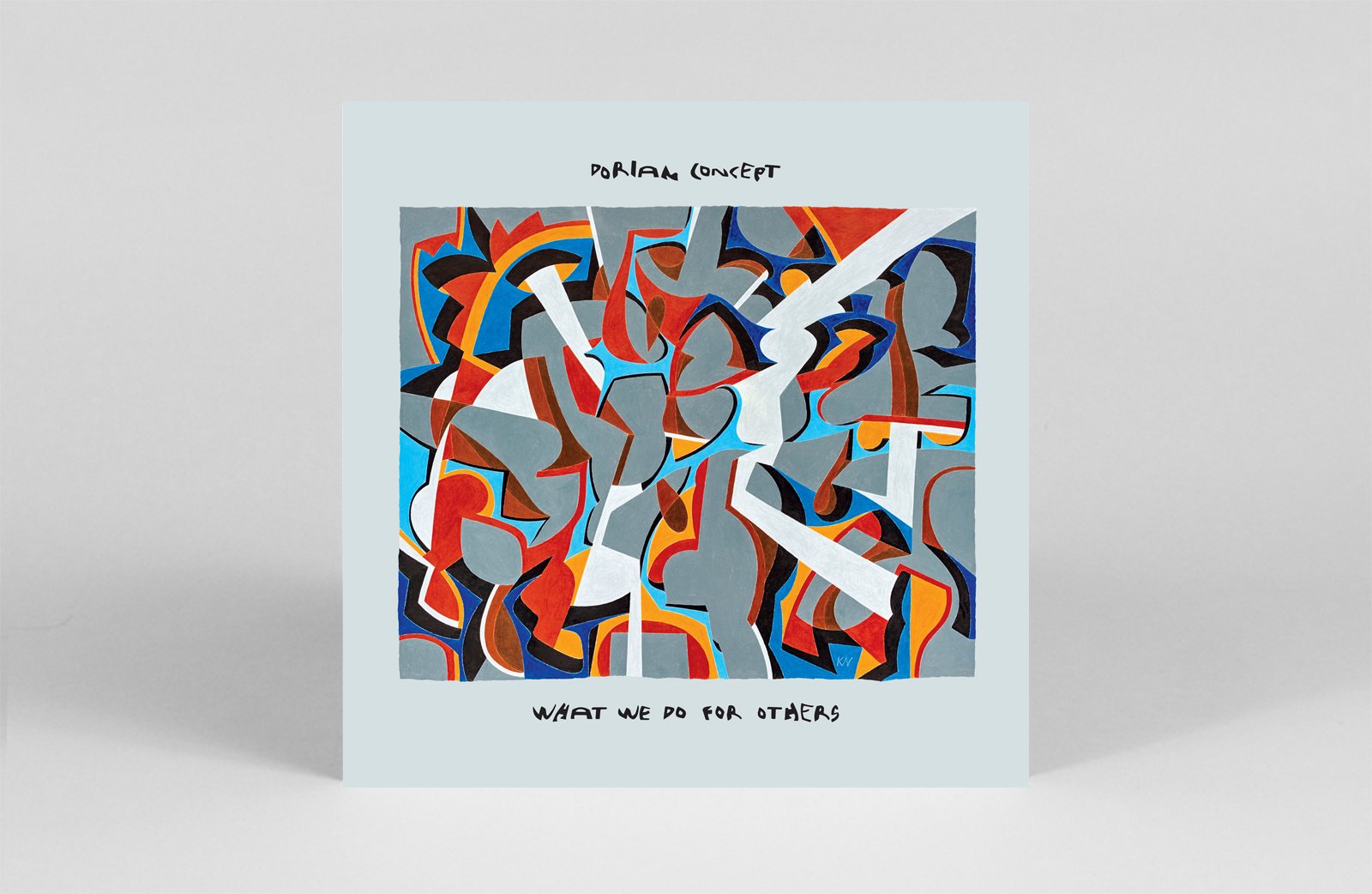 What We Do For Others

Exceedingly pleasant and playful, What We Do For Others is a playground of textures and vocal manipulation. Each layer of the release was deliberately recorded without editing and this comes through on the release; Dorian Concept is the pied piper on a journey that unravels organically and never feels self-indulgent. Mood-boosting experimentation that feels cohesive yet free.—KD