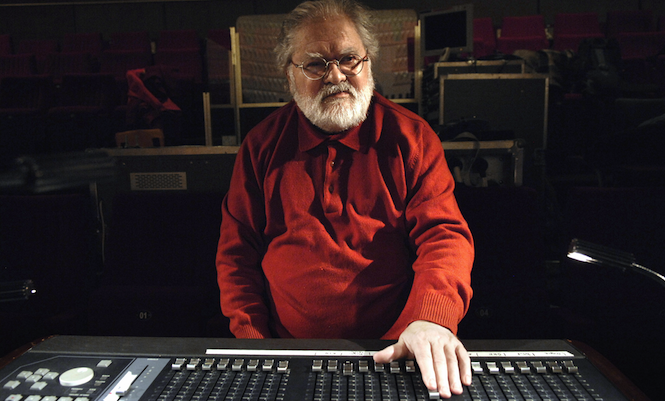 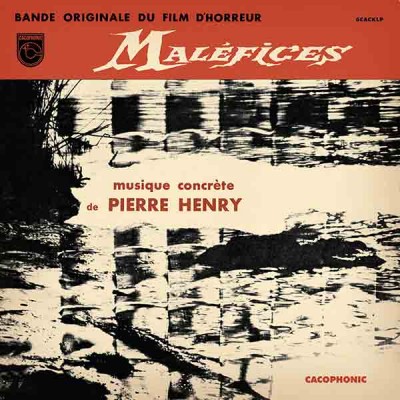 The spate of glorious soundtrack reissues continues with this reissue of Pierre Henry’s sound works for Maléfices, a surreal depiction of a voodoo-inflected love triangle directed by Henri Decoin. Initially this soundtrack was released in 1962 as a 7” by France’s Phillips imprint, but the good folks at Finders Keepers have stepped it up to an LP with the inclusion of four other intriguing pieces Henry composed for ballet and theatre. Indeed, together they represent the importance of Henry’s cross-platform work in this period, with cinema and choreography being key bedfellows to Henry’s realization of musique concrète.

Henry has often stated the importance of cinema to his ideas, with the crude early soundtracks from the 20’s onwards being a key precursor to his and Pierre Schaeffer’s initial exposition of technology, objects and their inner music. Bernard Parmegiani, Luc Ferrari, Pierre Boulez, and other visionaries that were at one time or another involved with Schaeffer and Henry’s Parisian studio and development of musique concrète have produced compelling pieces for film, with some notable examples preserved on Ubuweb. The curious thing about Malefices in this context is that it finds Henry in a more instrumental mode than would be expected of someone who ostensibly set out to destroy musical convention.

Many of the themes here are mournful and melodic, with plucked strings and delicate female vocals adding to the macabre tone – a theme that became very common place in many horror and Italian Giallo soundtracks throughout the 60’s and 70’s (listen to Nora Orlandi and Allesandro Allesandroni’s Bondage Suite from Music for Strange Situations for a particularly fine example). Wind swirls throughout Générique and Après La Mort Scène De La Trappe, building suspense and creating the sonic analogies that have Henry’s touch of genius – the interior and the exterior – where the wind ends and the undulating of a distant train begins.

The prepared piano has been a consistent ally in Henry’s oeuvre and it makes an appearance here, and notably on the beautiful Theme de Catherine, with its dreamy melody of wavering notes and overtones. On side B it finds itself as a more erratically percussive sound object. As the tools of Henry’s initial musical training, it’s interesting to listen to piano and percussion here at this relatively early stage of his career, firstly in light of how far removed they are from the convention of the time and then in the vast array of his electroacoustic works that followed. In particular La Mort Musique shows the erratic and spontaneous nature of Henry’s physical and editorial percussion, with a logic of its own, far removed from the de rigueur sequencing which followed on from his and many of his contemporaries ideas.

Three of the pieces on Side B are culled from Orphee a 1961 collaboration with choreographer Maurice Bejart, who had an epiphany on how their two art forms could find poetic realization in performance upon hearing Schaeffer and Henry’s seminal ‘Symphonie por une Homme Seul”. Indeed the two would go on to be key influences and produce several important works together. In tune with much of Henry’s 1960’s work in musique concrète the pieces from Orphee create a radical sound world for choreography, which as with his other works in this realm, stands up in its own right as a truly immersive listening experience. Maléfices, taken into account with other works in early electronics and theatrical sound the Cacophonic sub branch of Finders Keepers have brought to the fore, shows the richness of the era in these disciplines, and makes the you wonder what gems they’ll unearth next.