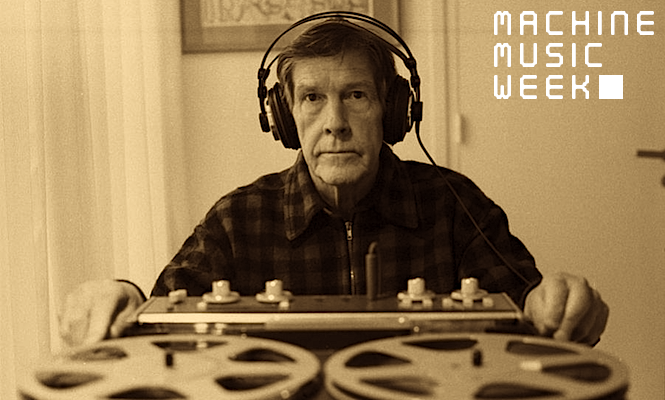 One of the monolithic figures in modern music, it can be a daunting and fairly thankless task trying to apply yourself to the work of John Cage without prior introduction, particularly when many of the best bits are so scarcely sighted on vinyl. One such occasion however is The Vinyl Factory’s recent reissue of the landmark electronic music compilation Cybernetic Serendipity Music, and to put this in some kind of context we thought this would be a perfect opportunity to tackle the rest of Cage’s catalogue and asked Chris May to pick out ten essentials for the novice and expert alike.

As his contemporaries William S. Burroughs and Jackson Pollock were to writing and painting, so John Cage was to music – part supreme-iconoclast, part futurist. Although he lived before the ascendancy of the digital revolution, Cage (born Los Angeles 1912, died New York 1992) anticipated it. His experiments with electronica and turntablism were decades ahead of their time. His use of chance-determined composition – in which the composer follows decisions made by computer-generated or otherwise-random numbers – set the stage for the algorithm-driven generative music being championed today by Brian Eno. His use of prepared piano, silence, ambient noise, pure noise, loops, symbols-based notation and multi-media was similarly prescient.

Here are ten essential recordings of Cage’s music made between 1942 and 1992. A few are so rare as to be near mythic. You can listen to the selection below in one go or hear them individually on the following pages. After studying with Henry Cowell and Arnold Schoenberg in the mid 1930s, Cage formed a touring percussion group, using self-invented and factory-bought instruments, and began building a reputation on the US West Coast. The recording which is the centrepiece of this album is among the first of his music. It was made in 1942, when Columbia Broadcasting commissioned Cage to compose a soundtrack for The City Wears a Slouch Hat, a radio play by the future Beat-movement literary-hero Kenneth Patchen.

Cage’s score uses a percussion group, electro-acoustics, prepared piano and taped street sounds, and was performed by the experimentalist Columbia Radio Workshop (which composer Bernard Herrmann had directed until the late 1930s). Critical approval encouraged Cage to move to New York, where he was based from late 1942 until his death. The disc also includes Imaginary Landscape No.2 and No.3, both written in 1942, from the five-part series in which Cage famously replaced conventional musical instruments with radios, variable speed turntables and vinyl records. ‘Three Dances’ was written in 1945 for two prepared-pianos. Cage first used the process – where the piano’s sound is changed by pieces of metal, wood, felt and rubber placed between the hammers and the strings – for a ballet score in 1940. Intending to write for a percussion group, he found that the space where the dance was to be premiered had room for piano accompaniment only. Cage flashed that he could replicate the sound of sizable percussion ensemble with just one musician and a prepared piano. Almost all Cage’s prepared-piano pieces were written as dance scores. Pragmatism was one reason: in the 1940s, Cage travelled widely in the US with financially-struggling dance groups, and a bag containing small bits of metal, wood and rubber was cheaper to transport than a percussion ensemble. Most of the pieces were composed for choreographer Merce Cunningham, who became Cage’s life partner in 1945, following Cage’s divorce from his wife. The short, playful compositions which make up ‘Sonatas and Interludes’ were written from 1946-48, and are among Cage’s most beautiful compositions in the genre. Dial Records was the tiny Los Angeles label set up by music enthusiast Ross Russell in 1946 to record bop revolutionary Charlie Parker. Indeterminacy: New Aspect of Form in Instrumental and Electronic Music

Of all Cage’s innovations, his adoption of chance-determined composition was the most controversial, dividing opinion among contemporary experimental composers. In 1951, shortly after Sonatas and Interludes was released, Cage was given a copy of the I Ching, the Chinese divination system in which the fall of randomly thrown coins or sticks directs the reader to a particular section of the text. Cage had a lightbulb moment comparable with his discovery of prepared piano. The landmark Indeterminacy was made with his regular collaborator, the pianist and electronicist David Tudor. The pair were recorded simultaneously in different studios, unable to hear each other. Tudor played extracts of Cage’s music, Cage told a series of randomly sequenced, one-minute stories. The Cage piece which has caused most tabloid apoplexy is “4’33”,” written in 1952 and included on this album. It has three movements, lasts four minutes and 33 seconds, and not a single note is played. At the premiere, Tudor sat down at the piano and did nothing except close the lid and open it again at the beginning of each movement. The piece is not, as often described, an exercise in silence, but about the perception of ambient sound. Anyone could have written it – but, as Cage pointed out, no-one else did. Cage was already thinking along “4’33”” lines in 1928, when in a prize-winning college-graduation speech he proposed a day of quiet for all Americans. “By being hushed and silent,” he said, “we should have the opportunity to hear what other people think.” The 25-Year Retrospective Concert of the Music of John Cage

The holy grail of rare first-editions, this triple-album set is a recording of a concert at New York Town Hall in 1958. The performance was produced by modernist painters Jasper Johns and Robert Rauschenberg, the audio recording by George Avakian (best known for his work on Columbia with Miles Davis). The programme includes all strands of Cage’s music. Performers include Cage, Tudor, the Manhattan Percussion Ensemble, and Merce Cunningham, who conducts “Concert for Piano and Orchestra”, a chance-determined piece using a symbols-based notation system. A 2xLP edition has been released by Honest Jons. In the 1960s, Cage conceived some of his large-scale compositions as multi-media events. 1969’s ‘HPSCHD’, a collaboration with Lejaren Hiller, was one of the most ambitious. The premiere performance used seven harpsichords playing chance-determined selections of Cage and Hiller’s works, 52 tape machines playing computer-generated sounds, 6,400 slides (many supplied by NASA) shown by 64 slide projectors, and 40 motion-picture films. Nonesuch’s audio recording, featuring only the harpsichords and tape machines, is relatively one-dimensional, but still immense and thrilling. During the 1970s, Cage developed progressively severe arthritis in his hands, and by the end of the decade he no longer performed on keyboards. 1969’s Cheap Imitation, for solo piano, was among the last keyboard pieces he played in public or recorded (he made this recording in California in 1976). The wryly-titled piece is a chance-determined reworking of Erik Satie’s ‘Socrate’, much loved by Cage. It happened just in time. Cage and Sun Ra both died within a few years of this performance at New York’s Coney Island fairground in 1986. Ra, without the Arkestra, is on synthesiser, Cage recites excerpts from ‘Empty Words’, an exercise in the “demilitarisation” of language. In turn, the four parts of ‘Empty Words’ omit sentences, phrases, words and syllables. Sound quality is not great, but the message comes through clearly. This 45rpm single by the KomistA Collective of squatters and multi-media artists based in Hanau in Germany was recorded and rush released within a few weeks of Cage’s death. Cage had composed the piece for the collective a few years earlier, using a street map of Hanau, five tape recorders and IC, his I Ching-based computer programme. The score says: “Make a recording at each of the [five] locations shown on the map. Start at the times of day indicated.” The record came with a brochure titled “Silence, Consciousness and Change.” An appropriately radical memorial for Cage immediately following his death.

Kraftwerk Changed My Life: 20 artists pick their favourite Kraftwerk records of all time 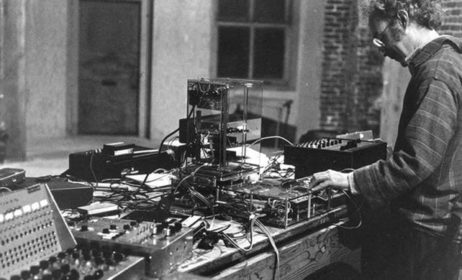