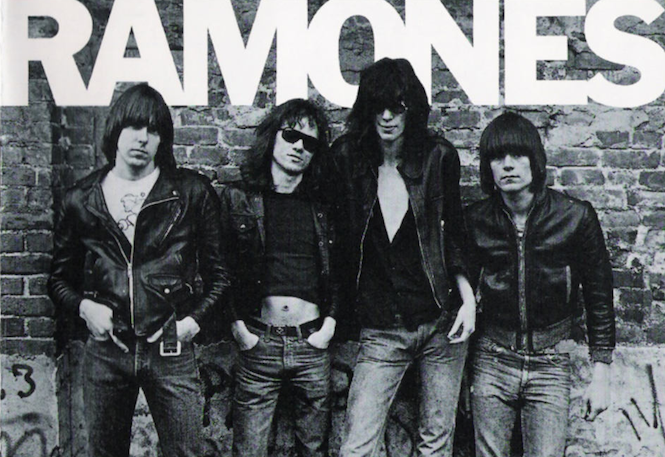 The Ramones’ debut, recorded for little more than $6,000, is a tough nut to crack. Almost 40 years on from its original release it remains a difficult album to classify, as Nicholas Rombes explains.

Released in April 1976 on Sire Records, the self-titled debut album by the Ramones continues to exert a weird, unstable force. Depending on who you ask, it’s either the purest of the pure punk artefacts, or it’s frivolous bubblegum pop, or it’s a nasty piece of reactionary fop, or it’s an avant-garde masterpiece. Chameleon-like, it exists both at the center and the margins of pop culture both as a situated artefact of the incoherent ’70s and something timeless and insulated against critical attempts to put it in this category or that.

The story of punk as a rejection of the platitudes of the singer-songwriter soft pop that dominated the charts in the early to mid 1970s (The Captain and Tennille’s ‘Love Will Keep Us Together’ and Glen Campbell’s ‘Rhinestone Cowboy’ were chart toppers in 1975) and the serious, concept-oriented progressive rock that was a slow bleed-over from the 1960s is well known, to the point of being a cliché. And yet it’s important to bear in mind how fresh and strange Ramones sounded in 1976, a full year before debut LPs by The Clash, The Sex Pistols, and The Talking Heads suggested that there was some sort of movement underway.

Having formed in 1974, the band began to receive attention in early 1975 when Lisa Robinson, who edited Hit Parader and Rock Scene, saw them at CBGB and began championing them. “She started writing about us in Rock Scene,” Joey Ramone has said, “and then Lenny Kaye would write about us and we started getting more press like The Village Voice.” Robinson convinced Danny Fields, who had managed The Stooges, to see the band; he would eventually end up managing them, beginning in November 1975. According to Fields the Ramones “had everything I ever liked. The songs were short. You knew what was happening within five seconds.”

They received further exposure in the months leading up to the recording sessions (in February 1976) of the album via the CBGB 1975 summer festival of unsigned bands, which was covered in The Village Voice, and which also featured the likes of Blondie, Television, and Tuff Darts. Then, in September 1975 the band made demos of ‘Judy is a Punk’ and ‘I Wanna Be Your Boyfriend’, both produced by Marty Thau. Craig Leon, who had arrived in New York in 1973 to work for Sire and who was searching for new talent, had seen them perform shortly after the summer festival and was enthusiastic, eventually bringing the Thau demos to the attention of his boss, Seymour Stein. Craig Leon and The Ramones (via Bomb)

According to Tommy Ramone, “Craig Leon is the one who got us signed. Singlehanded. He risked his career to get us on the label.” Stein’s wife Linda also played a crucial role in convincing her husband to sign the band. The Ramones auditioned for Stein in the late fall of 1975; they signed with Sire in January 1976.

The album was recorded at Plaza Sound, above Radio City Music Hall for just over $6,000. According to Craig Leon most of the work with the band was completed in a week: “It took just three days to get the music down, four for the vocals.” In an era of bloated, overproduced excess, $6,000 was a paltry amount. “Some albums were making a half-million dollars to make,” Joey Ramone has said, “and taking two or three years to record, like Fleetwood Mac.” At first, the process sounds like the ultimate do-it-yourself, amateur, reckless ethic that’s associated with punk.

In truth, however, the Ramones approached the recording process with a high degree of preparedness honed from years of live performance. And although the band wanted to suggest the intensity of these live shows, the album was in no way intended to be “live.” According to Leon, “capturing the energy of the live shows was quite important. But if you jump to the conclusion that the sound of the recording was just the sound of the band live you would be mistaken even though that’s what I was trying to convey. The album is quite layered and structured and took full advantage of the studio technology of its time.” This tension — how to transfer the spirit of live performance without simply replicating it — was something that haunted and even worked against punk: how to create an anarchy of sound in the controlled situation of a studio, without a live audience to feed off of? “I actually toyed with the idea,” Leon notes, “of the recording being one long band with no breaks between songs.” There are hints of this near the end of side two where ‘I Don’t Wanna Walk Around With You’ is followed by ‘Today Your Love, Tomorrow The World’ with no break in between.

The sheer, exhaustive fun at moments like this on the album get back to that question of the record’s legacy. Punk itself — especially its first-wave in the mid-1970s — remains notoriously resistant to interpretation. It’s full of contradictions. For instance, one of the myths about punk is that it was against “selling out”. And yet first-wave performers and bands as diverse as Blondie, Talking Heads, Ramones, Patti Smith, The Sex Pistols, The Clash, The Dead Boys all signed with powerful labels. There was less worry about selling out (a concern that motivated West Coast punk more than East) than there was a desire to replace mainstream rock music with something better, something more alive, something unexpected. The Ramones in particular desired a hit, the sort of song that kids would listen to on AM radio. As Seymour Stein has said, “their melodies were very catchy and stayed with me, dancing around in my head, and it was absolutely clear that for better or for worse, underneath it all was a pop-band mentality.”

Often, there is a savage kind of beauty in disintegration and in the feeling of that disintegration through art. And certainly mid-1970s American was a time of exhausted optimism and lowered expectations. In October 1973 OPEC declared its oil embargo, driving high fuel prices even higher, causing shortages and long—sometimes blocks long—lines a gas stations. The Watergate fiasco began in 1972 with the apprehension of men breaking into and wiretapping of phones at Democratic party offices. By 1973 televised Congressional hearings dominated the airwaves and in August 1974 Nixon resigned in disgrace. (His Vice President, Spiro Agnew, had resigned the previous year in a non-Watergate. America’s involvement in the Vietnam War ended in barely controlled chaos atop the American embassy in Saigon in April 1975 with the last helicopter departing as the North Vietnamese took the city. At the centre of this unspooling of national pride was New York City, which was headed into bankruptcy in 1975, leading to the infamous New York Daily News cover in October of that year featuring the headline FORD TO CITY: DROP DEAD. Vows He’ll Veto Any Bail-Out.

This was an era of “planned shrinkage”, an idea famously articulated by Roger Starr (New York City Administrator of Housing and Urban Development in the mid-1970s) in a 1976 New York Times Sunday Magazine article where he suggested that “planned shrinkage is the recognition that the golden door to full participation in American life and the American economy is no longer to be found in New York.” It was out of this feeling of malaise and deflation that punk in the US emerged (and for different but related economic turmoil in the UK) channeling and warping frustration and anger into something fast and loud and darkly humorous and even, sometimes, cryptic.

This captured in a savage, beautiful sort of way on the album’s third track, ‘Judy is a Punk’, which is full of small surprises, beginning with the fact that the first line is not about Judy, but Jackie. It’s a perfect blend of subversive humour and casual nihilism, undergirded by a mystifying political dimension. The song was written in 1974, around the same time as ‘Beat on the Brat’. “I was walking down the street by the place called Thorny Croft,” Joey has said. “It was an apartment house where all the kids in the neighbourhood hung out on the rooftop and drank. And I remember walking by it and I got the first line. Then I was on another street and the second line came.”

“They both went down to Frisco, joined the SLA,” goes one of the lines. Patty Hearst had been kidnapped by the Symbionese Liberation Army in 1974, and was shown caught on a surveillance camera during a bank robbery holding a machine gun, looking like a glamorous, brainwashed Bonnie from Bonnie and Clyde. Jackie and Judy: “perhaps they’ll die, oh yeah” the song wonders, and you’re not sure whether this is a hope, a fear, or a possibility that doesn’t inspire caring one way or the other.

With its strange blend of aggressive, take-no-prisoners speed and more innocent, 1950s-ish “ooh ahh” chorus (absent in a rougher, early demo). And then there is the line “second verse, same as the first,” a nod to Herman’s Hermits’ 1965 song ‘I’m Henry VIII, I Am’ except in 1976 this self-reflexive line is in perfect keeping with the era’s ironic sense of itself. The punk generation came of age not only with TV but with cable, and with all the repetition (“reruns”).

As media theorist Robert Ray has noted, a “new self-consciousness” flourished on American television, with shows like “The Carol Burnett Show” (1967-1978) and “Saturday Night Live” (1975 – ) featuring “media parodies, particularly of movies and TV news.” The filmic world evoked on Ramones is one of B and cult movies, and horror films such as The Texas Chainsaw Massacre (1974). But there’s also a dark street, as songs like ‘Beat on the Brat’, ‘Loudmouth’ and scattered references to Nazis are part and parcel of the era that produced vigilante and horror films like Straw Dogs (1971), Magnum Force, The Exorcist (both 1973), Death Wish (1974), and others.

As with so much that ends up having a lasting cultural impact, Ramones hardly dented the commercial sphere, charting at 111 on Billboard. It took a long time for its impact to be felt. It remains to this day a difficult album to classify, resisting easy categorization. In just 29 minutes the album destroys and then creates the conditions of its very own existence. 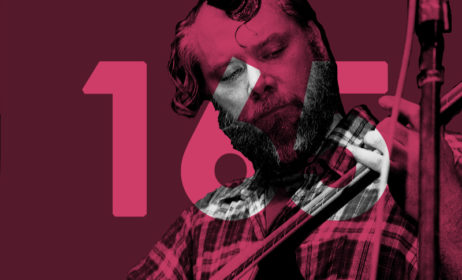 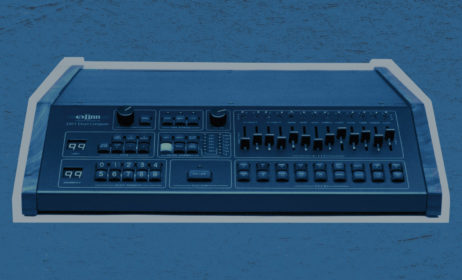 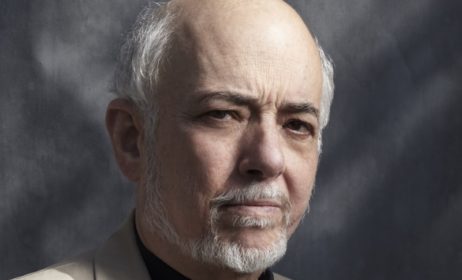 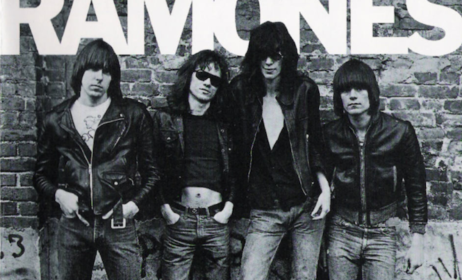