Permanent Rotation is a new series in which producers, DJs, and musicians go deep on the albums that have inspired them. First up, South Africa-born, Berlin-based Lakuti — a beloved DJ, producer, label head, radio host, and promoter, who has charmed audiences worldwide with her deep, uplifting selections and infectious energy.

Lakuti, born Lerato Khathi, is a precious diamond of the electronic music scene. She recently appeared at Marble Bar in Detroit, playing back-to-back alongside her equally esteemed wife Tama Sumo, laying down soulful house records as the sun dipped. After their set, she sat on the edge of the stage as the party continued, just taking it all in. A great big glorious grin never left her face as she watched the dancers in front of her, radiating the same kind of positivity that she imparts in her DJ sets.

For Khathi, sharing emotions through music is what DJing is all about, and it was with zero hesitation that she was able to name the record that has had the most impact on her: Another Side by Fingers Inc., released on Jack Trax in 1988. 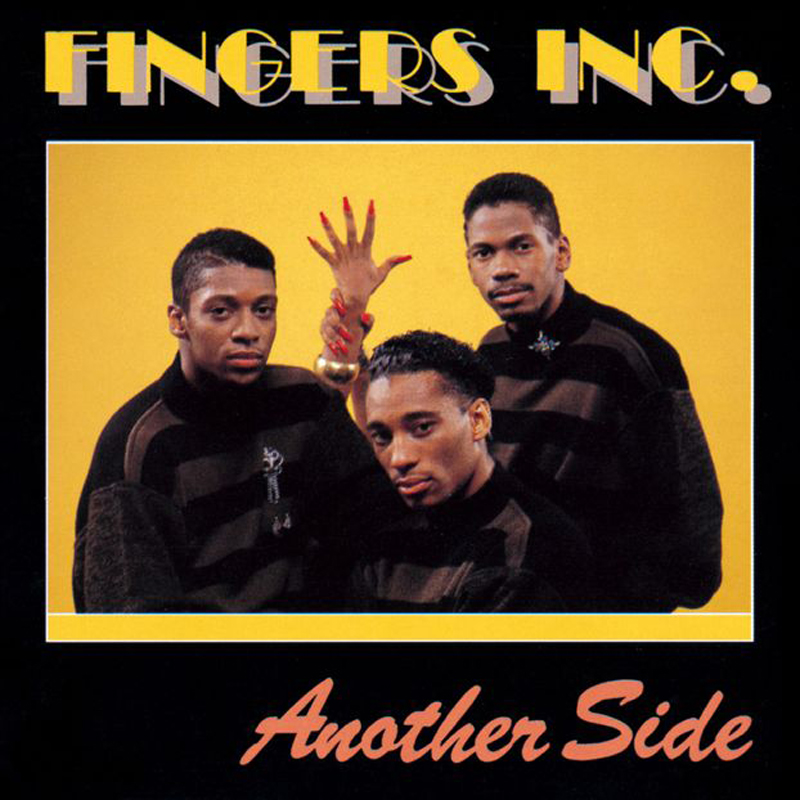 The first, and only, record by the great Chicagoan trio of Larry Heard, Robert Owens, and Ron Wilson – an album that is considered to be the first full-length house LP – will always have a special place in Khathi’s heart. She remembers hearing ‘Can You Feel It’ for the first fateful time at 4th World nightclub in Johannesburg during the early ’90s.

“I always say to my U.S. friends that 4th World was as important to us as Music Box was to Chicago or The Loft was to New York City,” she shares. “This is where it all kind of came together and began for me. My mind was blown by all this new music, including Fingers Inc. and all of Larry Heard’s productions.”

The album was “just huge. The cover, the elegance, and to see these guys that looked like me doing what they were doing…the music also spoke to me in a very deep way. ‘Can You Feel It’ samples Martin Luther King’s ‘I Have A Dream’ speech in its entirety, and I remember sobbing in the club when I heard this particular song. It spoke to me and my condition growing up under apartheid — even though this was about civil rights in United States in the ’60s, there were many parallels between those struggles.”

Although the record came out in 1988, it didn’t hit clubs in South Africa until a couple of years later. “Back then, the only way of hearing all this stuff that was happening in Chicago and New York City was via maybe a mixtape that came from an uncle who lived in the States, as it made its way to the townships or television. There was a Canadian TV programme and several other programmes from the United States where you could hear these songs – like Darryl Pandy, Farley Jackmaster Funk, and Jesse Saunders on ‘Love Can’t Turn Around’. That’s the stuff we picked up on television, but you really had to dig to find this music until we had our Summer of Love in 1990. Then all the gates were open, and it was just there.”

Hearing ‘Can You Feel It’ was “an affirming and defining moment for me”, says Lakuti, who was on track to become a lawyer, until this record derailed her plans. “Larry’s responsible for me being in music, I can say that. 100%.” Khathi also names ‘Never No More Lonely’ – “so touching” – and ‘Distant Planet’ as other favourites on the album, along with ‘Bring Down The Walls’ – a track that is especially close to her heart. 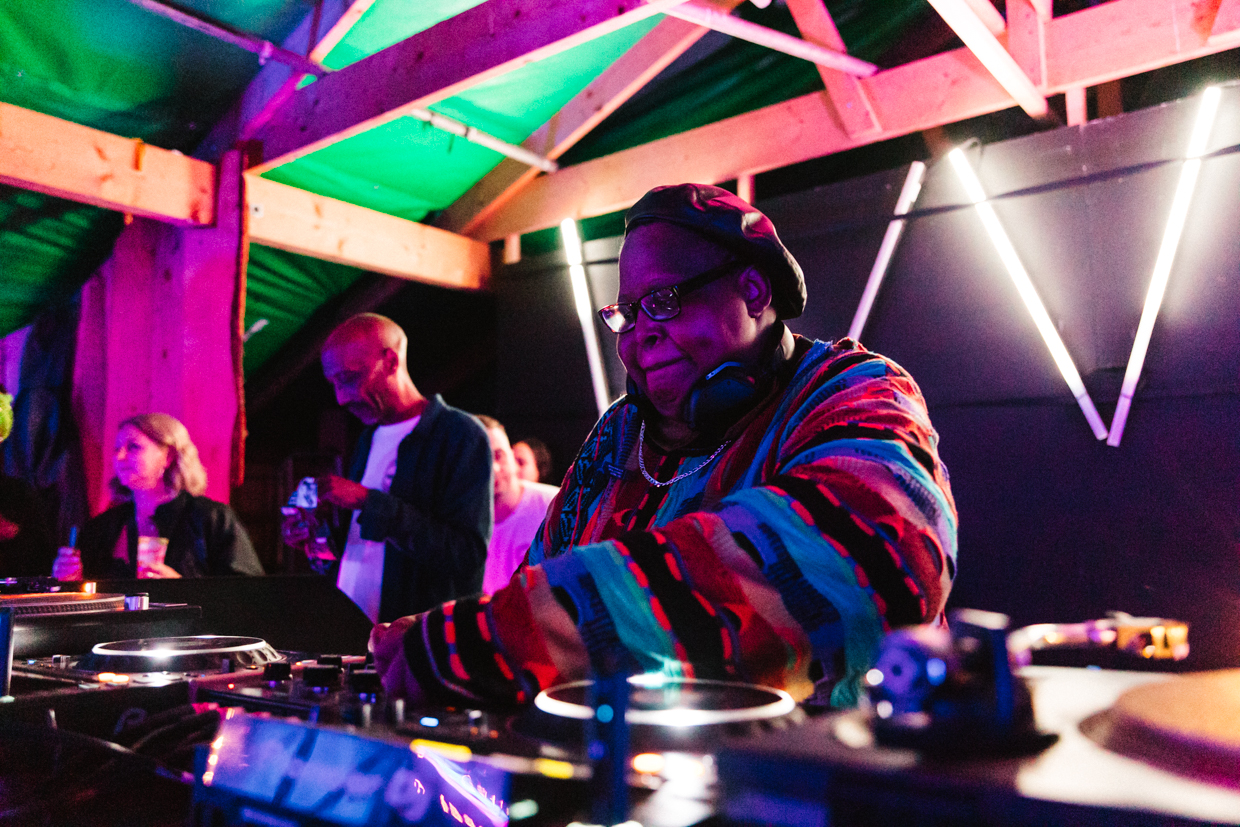 In 2018, Khathi and Tama Sumo started their own initiative in Berlin, something she describes as “a platform aiming to nurture a more caring music community via music presentation, discussions and screenings.” They called it Bring Down the Walls, and they launched the project with a very special guest.

Another Side “brought out such intense emotions out of me. I made it a lifetime pursuit to also meet the person behind it. While living in London and throwing parties, I wanted to book him so badly and I pursued his manager to the point where we are very friendly now. At some point, Larry could not travel as he’d damaged his hearing. So he’d stepped away from DJing at the time, and I was like, my chances of getting this done are gone.”

“I was in tears. I couldn’t believe that a lifelong dream had become a reality, you know?” says Khathi. “It was super great, and we’ve since become friends. Tama Sumo and I played a lot of the same festivals as him, so we got to hang out. Over the pandemic we spoke a lot, and it’s incredible because it’s not always a given that when the music touches you in such a profound way, that the person behind that music would be such an amazing human as well. He’s such a magnificent person.”

Asked what Heard has taught her about DJing, Khathi says, “that it’s really about the music at the end of the day. Music is about communication, and wanting to touch people in a profound way. Imagine him sitting in Chicago and having such an impact on somebody like me growing up in Soweto at the time. It really taught me that as a DJ I want to heal hearts, I want to communicate something positive in the world. It’s not just a functional thing that you forget about tomorrow, it’s about community and bringing us together, especially in these uncertain and frightening times. There have to be joyous moments – I want to see smiles. When people are smiling and happy, that’s my job done.”

Lakuti has recently become a resident DJ at Berghain/Panorama Bar, where she says she’s been playing the best sets of her career, and is touring extensively across Europe and North America this summer. Her Bring Down The Walls radio show airs on Universal Rhythms every fourth Sunday of the month.

Photos by Rob Jones c/o We Out Here festival.