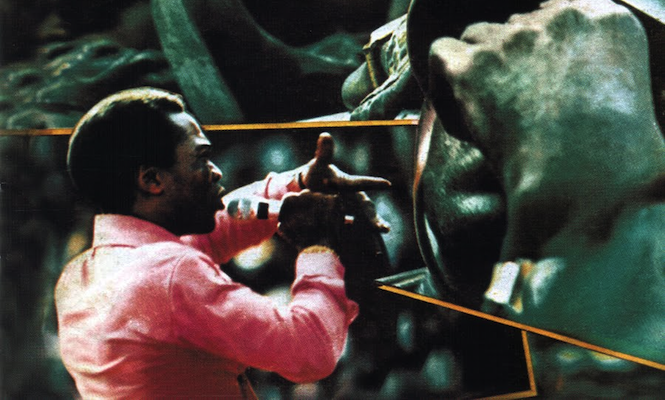 Despite a slew of vinyl reissues in recent years, original Fela Kuti pressings can be incredibly difficult to come by. Afrobeat historian Chris May celebrates the rarer and lesser-travelled corners of Fela Kuti’s extraordinary discography.

Had he still been alive, Fela Anikulapo Kuti would be celebrating his birthday on the 15th October. The Afrobeat originator died in 1997, but his legacy lives on. Kuti’s complete catalogue of almost 50 albums has been released online and on CD by Knitting Factory Records, and the label has also started releasing vinyl. Three box sets, each including six LPs, have been curated by Questlove, Kuti’s old friend and occasional drummer Ginger Baker and Brian Eno, who produced Kuti’s son Seun’s magnificent From Africa With Fury: Rise in 2011. Earlier this year KFR unveiled six further single LP reissues.

The last time Kuti’s complete catalogue was released on vinyl was in 1999 by the French label Barclay, with Talkin’ Loud the UK licensee. Until KFR’s vinyl programme has been completed many of Kuti’s best LPs, particularly with his Africa 70 (and Afrika 70) band in the 1970s, are rare treasures. However, in addition to the Barclay/Talkin’ Loud LPs, earlier reissues can sometimes still be found on various African, European, American and Japanese labels.

Here are ten of the finest and the rarest original pressings… In late 1969, following a ten-month spell in the US with his band, the highlife-based Koola Lobitos, Kuti returned to Nigeria, his political education much advanced by exposure to the ideas of contemporary African-American writers and activists such as Stokely Carmichael, Angela Davis and Malcolm X. With a new band, Africa 70, he began writing politically-charged lyrics and developing a new style of music, Afrobeat. Why Black Man Dey Suffer is a key foetal-Afrobeat album. Ginger Baker, who Kuti had befriended in London in the early 1960s, while he was studying at Trinity College of Music, guests on drums. Recorded six months after Why Black Man Dey Suffer, and with Tony Allen, who had played with Kuti since 1964, back on drums, Shakara marked Afrobeat’s transition from its foetal stage to something approaching full-grown form. Kuti’s use of Broken English, from this point onwards a feature of Afrobeat, extended its appeal beyond Yoruba speakers, making Kuti’s lyrics understandable throughout Anglophone Africa, and giving him, with the album’s side-one song, ‘Lady’, one of his first West African hits. Another of mature Afrobeat’s signature ingredients, solo and “tenor” guitars playing naggingly insistent, interlocking riffs, was also now in place. On Gentleman Kuti ridiculed the adoption of European clothing by post-colonial Africa’s emergent middle class, a trend he identified as symptomatic of a cultural inferiority complex blighting true African independence. “Him put him socks him put him shoes,” he sang, “him put him pants him put him singlet, him put him trouser him put him shirt, him put him tie him put him coat, him come cover all with him hat, him be gentleman, him go sweat all over, him go faint right down, him go smell like shit…I no be gentleman at all-o, I be Africa man, original.” There is much more. It is one of Kuti’s most perfect lyrics. Fela & Africa 70
Before I Jump Like Monkey Give Me Banana
(Originally released on Coconut, 1975)

Recorded at the start of a three-year purple period during which Kuti released an extraordinary 23 albums of new material, Before I Jump Like Money was a call to action to Nigeria’s working class, labouring without the benefit of social security or decent public health and education systems, while the Nigerian elite was awash with oil money. If you are going to live like a monkey, Kuti sang, at least make sure the boss throws you a banana. The striking front and back sleeve paintings were created by Ghariokwu Lemi, whose vibrant Afrodelic style graced 26 of Kuti’s sleeves, starting in 1974. On the title track, Kuti again drew attention to the economic chasm separating the haves and have-nots of Lagos society. The lyric contrasts the exploitative mindset of residents of the prosperous suburb of Ikoyi to that of the poor inhabitants of the Mushin, Maroko, Ajegunle and Somolu areas, whose “sufferheads” formed Kuti’s core audience. Lemi’s front cover portrait shows a stumbling Ikoyi resident, blind to the social injustices around him. On the cover, Kuti announced Africa 70’s new name, Afrika 70, and his renunciation of his middle name, Ransome, which he considered a slave name, and his adoption instead of Anikulapo. Kalakuta Republic was Kuti’s self-governing, live/work community in Lagos, and was subject to continual police and army harassment. Kalakuta Show tells the story of the first major assault, made by the police on 23 November 1974. Although it was on a smaller scale than the notorious army attack of 18 February 1977, when 1,000 soldiers burnt Kalakuta to the ground and committed numerous atrocities on its residents, it was a gruesome affair. Kuti himself was so badly beaten that he spent the next three days under police guard in hospital, no photographs allowed. Following a menacing introduction by the Afrika 70 horns, Kuti tells the story. The army’s sacking of Kalakuta in 1977 was not brought about wholly by Zombie, but the album took the tension then existing between Kuti and the military regime to breaking point. On the title track, over an urgent, quick-march accompaniment from Afrika 70, Kuti ridiculed the men in uniform as mindless thugs, each of his lines punctuated by the female backing chorus’s taunt, “Zombie!” For the army, the lyrics were the final provocation, a direct attack on its pride and prestige, and probably more wounding for being made, in part, by women. Worse still, Zombie was a hit across Africa, adding an international dimension to the insult. Yellow Fever was the nickname Lagosians gave to traffic wardens, and Kuti borrowed the expression to describe and decry the fashion among Nigerian women for skin-whitening creams. The song is about cultural identity. Kuti cites skin whitening as an example of the post-colonial, cultural inferiority complex he believed was holding back the country’s development: skin whitening was not only harmful to beauty and health, it was also damaging to women’s psyches. The lyric addresses women much as 1973’s Gentleman addressed men, urging them to take pride in their own culture rather than aping their recently departed colonial masters. In his lyric for ‘J.J.D. (Johnny Just Drop)’, Kuti lampooned Nigeria’s “been-tos,” people who had been to Europe or America to work or study and then returned (“dropped”) home with European pretensions and an inferiority complex about African culture. Lemi’s front cover portrays a suited-up been-to, dressed like a cartoon British toff, as he parachutes into a Lagos street to the bemusement of the locals. The back cover shows a more funkily-dressed been-to, wearing US-style ghetto chic, but looking equally out of place. The “Ofersee Hairways” airplane from which this JJD has just dropped refers to his Afro hairstyle, which Kuti regarded as a foreign affectation. Unknown Soldier addresses the 1977 army attack on Kalakuta, through the prism of the official enquiry which pronounced the military institutionally innocent of arson. An “unknown soldier” was blamed, when all the evidence – including the presence of senior commanders and the obstruction of the fire brigade – pointed to a co-ordinated attack sanctioned by the regime. Much of the lyric concerns Kuti’s mother, 78 years old in 1977 and a hero of Nigeria’s struggle for independence, who died a year later from injuries suffered in the attack. Finally, Kuti observes, “government magic” whitewashes the regime’s violence against its citizens. 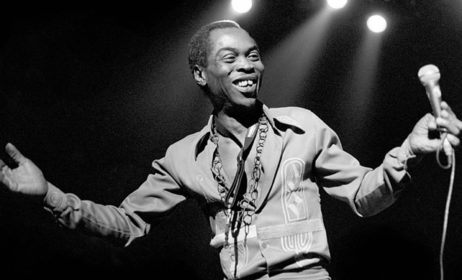 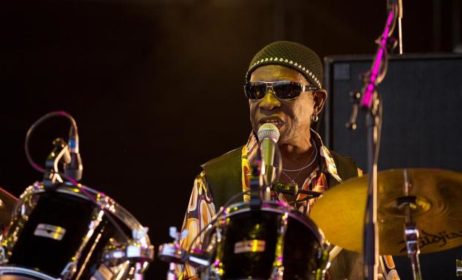 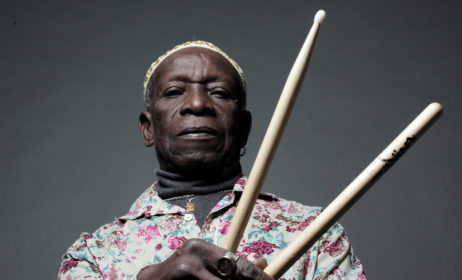 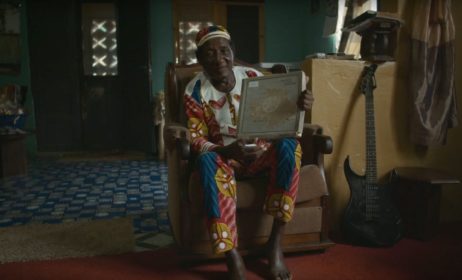