“I played one of the most racist places in US”: Moor Mother on protest, memory and Afrofuturism

Few records spoke to the contemporary black American experience like Moor Mother’s viscerally poetic 2016 protest album Fetish Bones. With her latest statement, The Motionless Present, set for release via The Vinyl Factory, the Philadelphia-based musician discusses the disconnect between humanity and injustice, and where to go from here.

When I Skype with Camae Ayewa, the artist and activist known as Moor Mother, we’re mere days away from the inauguration of Donald Trump as the 45th President of the United States, and all things considered, she seems relatively calm. I, on the other hand, have been coasting on an ever-mounting sense of dread for months, using every self-care remedy in my personal health arsenal to ease my raw nerves.

Despite her age, Camae projects a sense of wisdom that anchors the themes she explores in her music: race, futurism, history, and the space where the personal and the political intersect. She never seems weary or jaded, but she knows she’s fighting an old fight, which is what gives her music so much colour and fire.

Her 2016 album Fetish Bones is full of protest songs, songs that demand action and aggression, that are just as important as calling your senator or taking to the streets. For Berlin’s annual CTM experimental music festival, Moor Mother was commissioned by The Vinyl Factory to create a series of new tracks that range from noise to electropunk to ambient. Through disjointed soundscapes, harsh electronic beats and her otherworldly vocals, Camae constructs an indelible portrait of a black woman in 21st century America, and it’s impossible to look away. 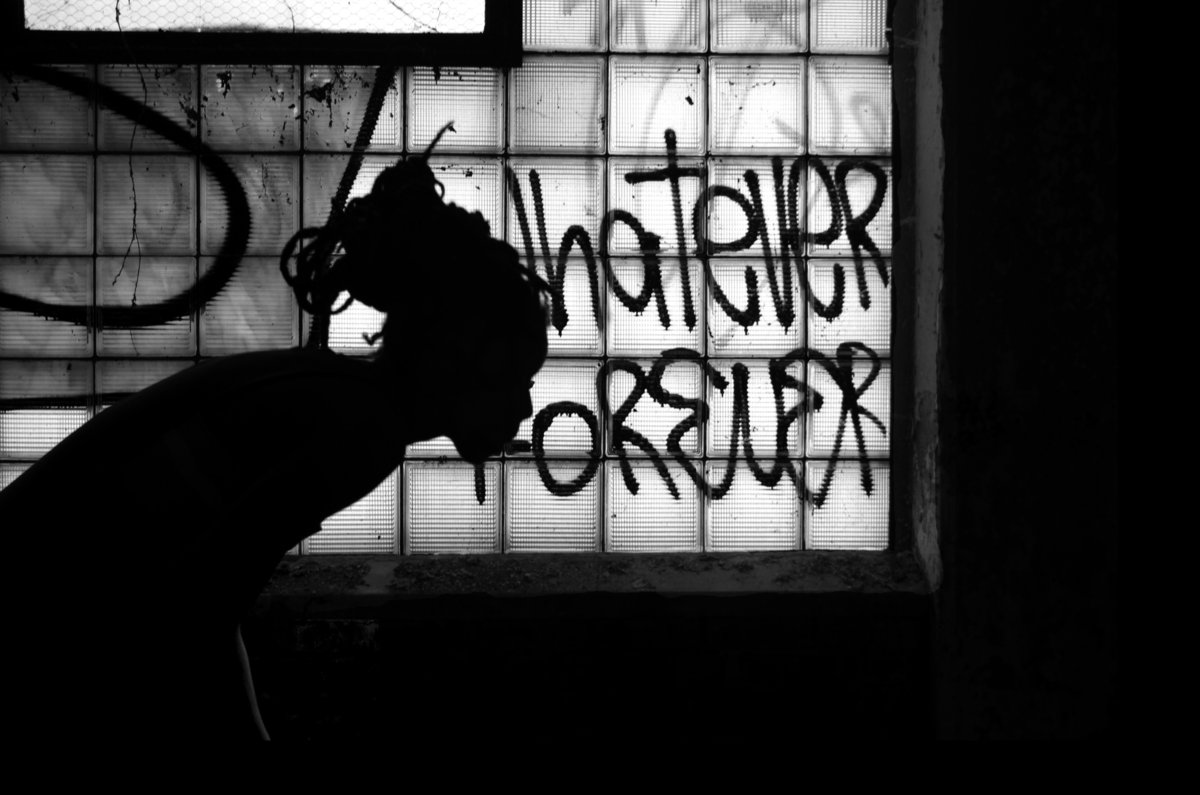 First of all, how are you coping with all this, generally speaking? How did your reaction to this political climate influence this new music?

I wouldn’t say it influenced it, you know? I feel like I’ve been on this path where I know what I want to say, and I know the things that I’m concerned about. It’s not wavering. I’m very serious. This is what I choose to do, so I’m going to continue to do it. I’m not really thinking about the marketing scheme.

Of course, from my position, I’m pretty unique in that sense. I’m still thinking about how we elected Bush for two terms, you know what I mean? I live in north Philadelphia, there’s nothing I can forget or start over. This is my every day, I’m always tapped in. I’m not saying that to be like, ‘Everyone else is [doing] some other thing.’ People experience things differently.

What are your views on the protests happening this weekend around the inauguration?

[Sigh] Ah, man. Let me put it like this. I was asked to play a party in D.C., and I was thankful to be asked by some great artists, and the thing is… [pauses] not everyone who are playing at these protests parties and shows are actually down for the cause. Some of the people playing are fucking assholes.

I still have to continue to live after this, you know what I mean? I will be marching, all the time. I will be fucking speaking up about shit all the time. This is a vacation day for someone like me, if you want to be real about it, but I don’t want to sound like an asshole! [Laughs] But let me do say something kind: one of the kids at the school I work at – I coach basketball – they organised a women’s march, here in Philadelphia. So I’m going to go in a little early and walk with some of the youth and stand strong with them.

This week I’ve been watching all my friends on Facebook post about the march, and while listening to your album, specifically the song ‘Deadbeat Protest’. The lyrics are so prescient. 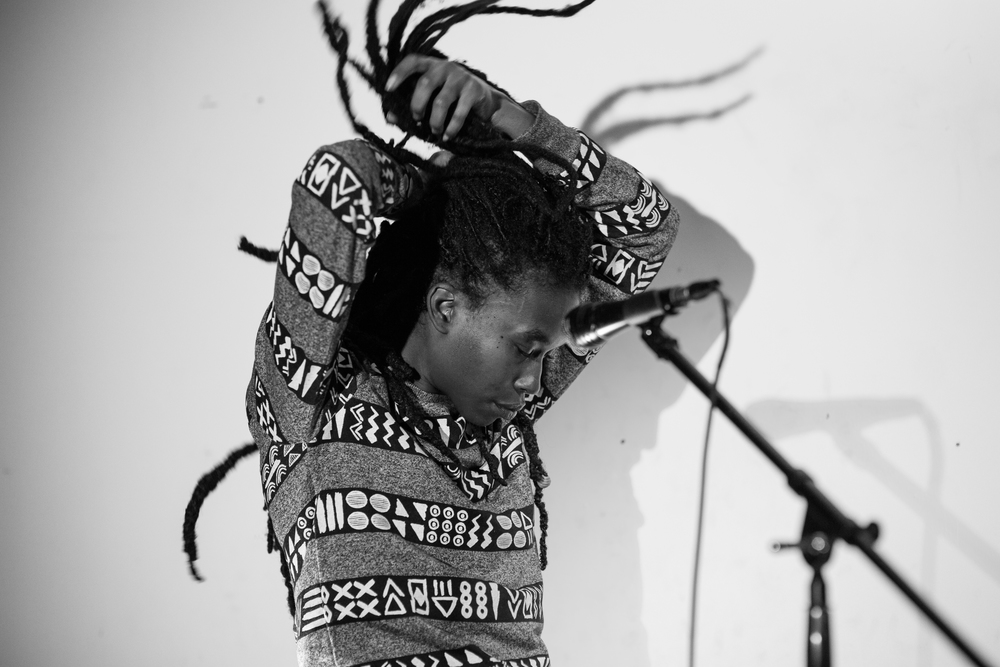 What was going through your mind when you wrote it?

Sorry for this corny analogy, but it was like being a doctor. A doctor sees dead bodies over and over again, but one day, maybe it’s a 12-year-old boy, and that doctor gets pissed. Things are happening – killings – people in the neighbourhood dying. It’s so much, and then at some point, I get pissed off. That’s just kind of how the songs on that album came to be. That day, I was really pissed off, not thinking about the world, but thinking about my own scene in Philadelphia. How everyone seems to turn out for these protests but not for things that happen in the community. And it’s not such a big thing, but you reach your breaking point every so often.

So coming to that breaking point, did you feel this entire situation coming? The thing that I am having trouble grappling with is my own naïveté, even though I was aware of everything. I marched, I feel like I did my part. And even after being super aware for so long, I was still shocked.

I mean it was interesting, right before the election I went on a month-long tour with Screaming Females, and they’re a pretty popular indie, punk band. So I’m opening up for them, every night, to mostly white crowds. And the thought passed my mind, “We’re heading up to this election. Should I spend my time every night speaking to these kids outside of my songs?” Because my songs are already enough. But am I going to stop and speak to them? And I said, “No.” I did not.

And then when the election came I was like, [laughing] “Maybe I should have spoke to a couple of them.” But at that point, I really had to put myself first and say “This tour is about you playing almost thirty shows in a row, you’re preparing for your next tour, save your energy to do a good job.” And that’s what I did, versus teaching these kids every night.

Also, you can’t overburden yourself. People keep telling me, “Oh, as a black person, you have a voice,” and I want to be like, “I’m trying to survive out here.” You not showcasing your music on tour is not going to help you in the long run. I feel like you had the right impulse.

And also, I’ve got to save my voice! This is me moving forward in my career. I do not have the time to be screaming on y’all every night. Even though I was definitely pretty… forward [laughs].

Also, given your music, if someone can look at you onstage and still vote for Trump… what more can you do?

I played Boise, ID, one of the most racist places in the US, and I was going to just straight play a noise set. But I got on the mic and I told them the whole situation. All my thoughts. And they were like, “Whoa, thank you so much.” You know, in this place that I just didn’t expect to make an impact by just being me, was just incredible. And it surprised me how many kids of colour were in these spaces. What I find a lot is that kids are losing their identities, their historical identities. It’s what I’m feeling, and that’s what they’re telling me. 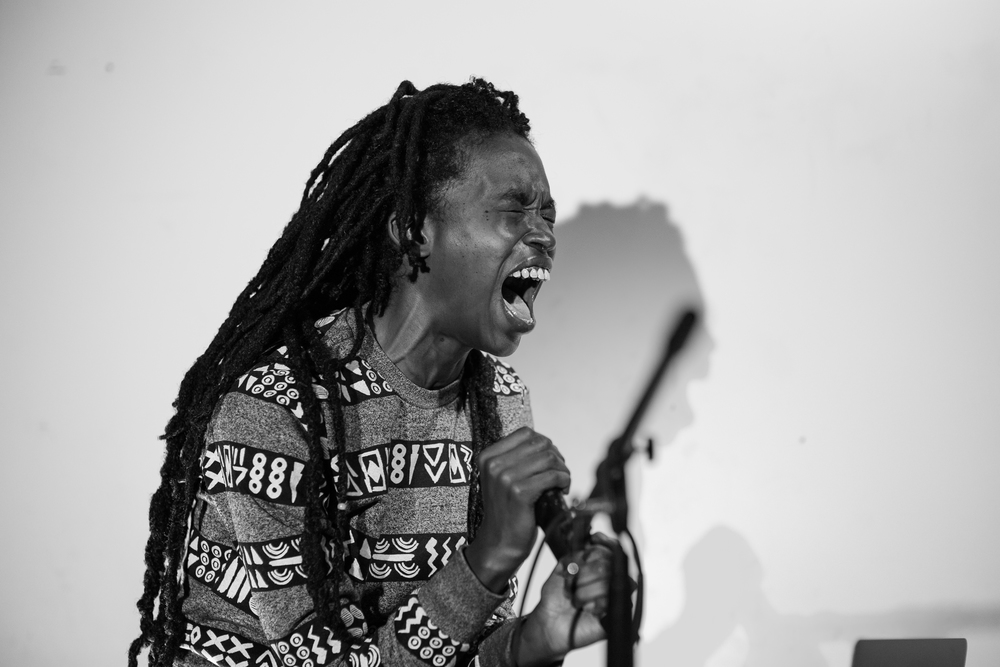 It’s telling you they’re actively erasing your memory. So we have to do things to remember. I’m not saying hacking in the be-all-end-all or whatever, but something needs to happen. It’s like the Mandela Effect, I think that’s cute and all, but there’s something to that. Misinformation, misrepresentation of these people that have toiled for so long. Changing our streets, destroying our neighbourhoods, poisoning our kids with lead. All of these things are in cahoots, if you will.

What should we do to fight these things?

I’m part of a collective called Black Quantum Futurism and we do practical things like ‘thought experiments’. We have a community space right now that we call the Community Futures Lab. I’m reclaiming the word ‘experiment’, because that’s in the whole vocabulary of genocide, when we think about what’s been done to us.

Those are some of the things that I’m doing, but as far as me personally, I’m trying to create and live my own holistic practice, and I advise other folks of colour to do the same. You don’t have to graduate from some college or whatever just to try to listen to yourself and design your own path. There are no bounds. Ancient African philosophy says that there are unlimited possibilities. So we need to step into that and create the future that we want. Straight up. And believe that we have the agency and the power to do so.

Photography by Eva Wo and Women in Sound