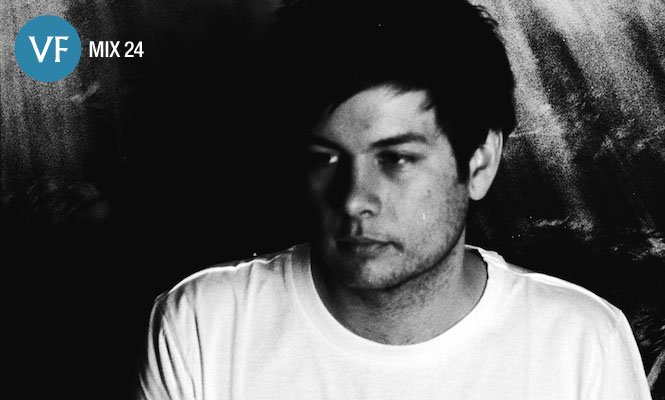 From Sun Ra to Kraftwerk, Medlar brings the heat on VF Mix 24.

For a man so in-demand for remixes, it’s no wonder Medlar’s record bag bumps like this. Over one hour of eclectic bangers from across the dance music spectrum, the London-based producer and DJ has dropped a tight selection of sometimes rare, always potent material, where every track will send you back to scurrying back to Discogs.

This voracious taste for the old and the new is reflected in Medlar’s latest EP for Wolf Music ‘Loon / Paradise’, which floats with dexterity across genres and marks his first new solo material since 2013’s brilliant LP Sleep.

One to warm your cockles, tuck into Medlar’s feast below: The A Side is probably the track I’ve played most in sets over the last year, a really great modern disco record from Tom Noble’s band. I love how the liner notes tell you that the vocals are provided by a Baptist Church Choir from Tulsa. Clearly a lot of love, time and effort going went into making this record which sadly is kind of rare these days, so lots of respect to Tom Noble and Beats In Space for this one. This 45 is in pretty bad shape as you can hear, but I decided it was worth including anyway as it’s such a cool track and I can’t justify buying another one. By the dub reggae producer Joe Gibbs, this sounds to me like it could be something from Patrick Adams & Greg Carmichael under the Universal Robot Band moniker if they somehow ended up in Jamaica. One of my favourites from FYI Chris, 2 of the team at Rye Wax Records in Peckham, a great record shop where I’m lucky enough to help out behind the counter from time to time. I got this cut especially for this mix through my friend Johny (Peckham’s own vinyl factory!), who cuts one-off PVC dubplates through peckhamcuts.co.uk and also runs the super-limited issue techno label Analog Electric London. Gang Gang
‘To Get Kinky With Me’ (Instrumental)
(Phenomenal)

Really unique track that is hard to pin down, I guess you could call it a boogie record but has an eery feel to it. The vocal’s OK but the instrumental… Really chuffed to have finally found a copy a couple of weeks ago so I had to include it here! I’m yet to find an acid track I love as much as this one, really trippy and complex in comparison to most tracks in a similar vein. Another one I’ve wanted for a long time but only picked up very recently.

17. Gang Gang – To Get Kinky With Me (Mad Mix Instrumental) (Phenomenal)

Listen to our new mix on Amsterdam's Red Light Radio