Recorded for no-one but himself on a single afternoon in 1981, E2-E4 became one of the most influential records in electronic music. Manuel Göttsching tells Chris May how he did it.

Manuel Göttsching is probably best known for E2-E4, the groundbreaking solo album he recorded in under an hour at his Berlin studio in 1981. Released in 1984 and first championed overseas by the influential New York club DJ Larry Levan, E2-E4 was omnipresent on dancefloors during the late 1980s, when it was given a second life by remixers Sueño Latino. It can credibly claim to be the first electronic dance music album. And it continues to fascinate: Göttsching will give a live performance of the piece in London this March as part of Convergence festival.

But Göttsching’s innovatory credentials go back further than E2-E4. In the early 1970s, with his band Ash Ra Tempel, he was a central figure in the invention of krautrock, homegrown German rock that developed outside the Anglo-American template then being adhered to elsewhere in Europe. Krautrock pioneers such as Ash Ra Tempel, Can and Tangerine Dream were free to follow their own paths partly because, due to an oddity in West German law, it was illegal to work as a band manager or agent – there were no suits telling musicians they would maximise record sales if they sounded more British or American.

“There were concert promoters and publishers,” says Göttsching, speaking to me from Berlin earlier this month, “but they were sort of official. It meant the musicians themselves were in control. That’s probably the reason why such crazy music emerged from Germany. Somebody once said that Ash Ra Tempel started where Iggy Pop had to leave off. We did not have any rules we had to follow.” The law fell into disuse in the late 1970s because the lack of entrepreneurial managers was seen to be holding German bands back from international breakthrough.

Meanwhile, Ash Ra Tempel prospered in Germany. By 1974, Göttsching had saved enough money to build his own recording studio, Studio Roma in Berlin, a move that directly enabled the creation of E2–E4 seven years later. Among the first pieces of kit he installed were two four-track tape decks. Göttsching was at the time listening to a lot minimalist music, in particular Terry Riley, whose echo-drenched organ music he was keen to reimagine for the guitar and for which multi-tracking facilities were essential. The first fruit from Studio Roma was the solo album Inventions for Electric Guitar, recorded over two months in 1974 and built around electronically treated guitar and rudimentary looping. With hindsight, Inventions for Electric Guitar sounds like a curtain raiser for E2–E4, made with simpler equipment.

By 1981, Göttsching had added sequencers, drum machines, synthesisers and other keyboards to Studio Roma’s palette. He usually positioned them in a circle with himself at the centre, so that when working solo he could move from one device to another rapidly, in real time, without having to do overdubs later. He recorded E2–E4 like that, on the spur of the moment, one afternoon in December 1981. “I was flying to Hamburg the next day and I thought I’d record something to listen to on my Walkman during the flight,” says Göttsching. The piece was improvised and entirely in the moment. “When I played it back I thought, ‘This is OK actually, maybe I should release it.’ All the technical aspects of the recording were just right, too, not a single fault. I didn’t have to change anything. It was perfect.”

Göttsching had no inkling of the impact the recording would have, but he thought it might appeal to Virgin Records, who had released some of his earlier work, including two other landmark solo albums, New Age of Earth and Blackouts. So the next time he was in London he took a cassette copy to play to Virgin managing director Simon Draper. “He liked it and said I should play it Richard Branson,” says Göttsching. “So I went to Richard’s houseboat. He liked it as well.” 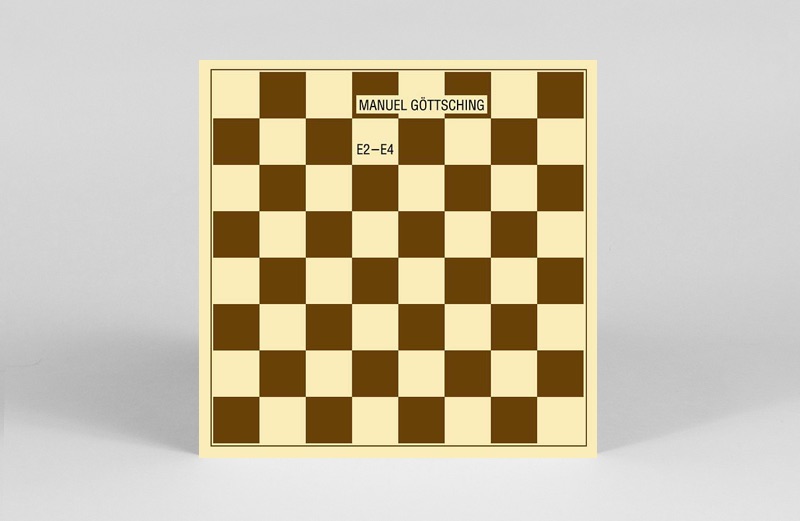 But during his visit to London, Göttsching began to have second thoughts about Virgin. “It was not the same label it was a few years earlier,” he says. “It was much bigger. I was concerned the album would get lost among more commercial, mainstream releases. So I took the cassette away with me.” Göttsching didn’t do anything more with the tape until 1984, when he released it as E2–E4 on Inteam, in a limited edition of 1,000 copies. He did not expect big sales – a view that was reinforced when the first review in a German music paper dismissed the album as “muzak.” When Göttsching was told that high-profile American DJs such as Larry Levan were playing E2-E4, he was amazed. Lacking a heavy bassline and a sledgehammer beat, he could not imagine people wanting to dance to it.

But three decades after its release, E2–E4 still has legs. “I’m working on a version with a jazz orchestra in Frankfurt.” says Göttsching, “I’m also working with a choreographer on a ballet. The stage will be set out like a chessboard for the dancers to perform on. There’ll be 5 or 6 principal dancers and another 32 representing chess pieces. We hope to tour it, but it will be expensive. We are trying to raise the funds now.” 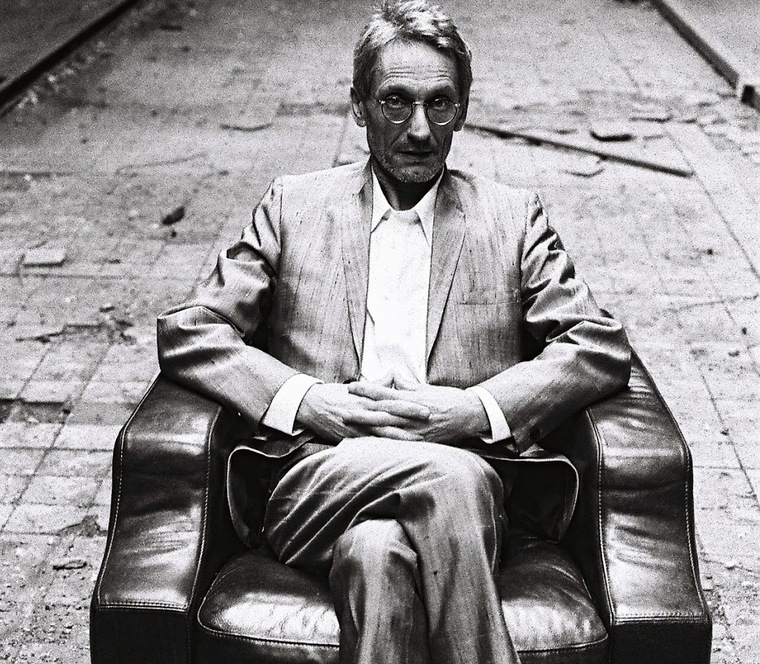 At the Barbican on 22 March, Göttsching will perform the music from the album, before being joined onstage by Ariel Pink, Oren Ambarchi and Shags Chamberlain to play material from two early 1970s Ash Ra Tempel albums, Schwingungen and Seven Up.

Recorded in Switzerland in 1972, Seven Up famously included acid guru Timothy Leary, then on the run from a US prison sentence, on vocals. Before we end our conversation, I ask Göttsching if he, like Leary, was at the time dropping acid by the shedload. “No,” says Göttsching. “Actually, drugs were never important to me. Of course you don’t spend three days in a recording studio with Tim Leary without taking it. And I took it a few other times. But music was my drug. It still is.”

Manuel Göttsching performs E2-E4 + The Ash Ra Tempel Experience on 22nd March at the Barbican in London as part of Convergeance Festival. 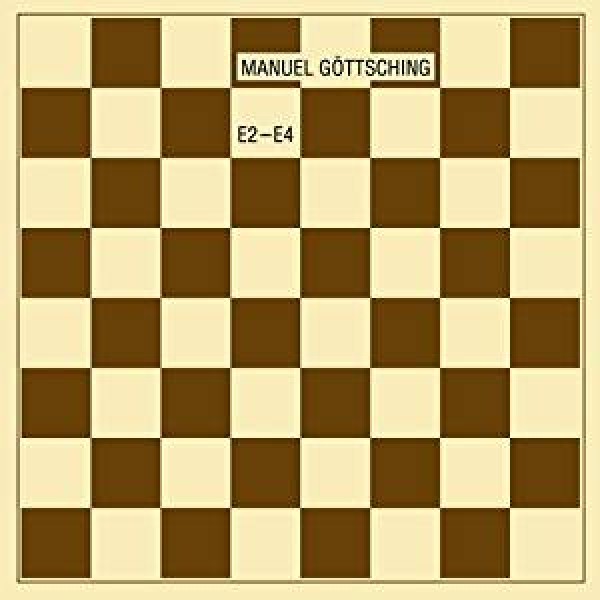 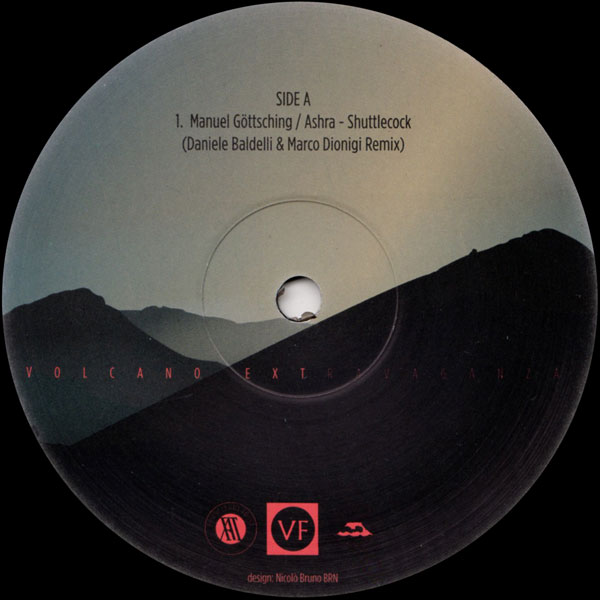 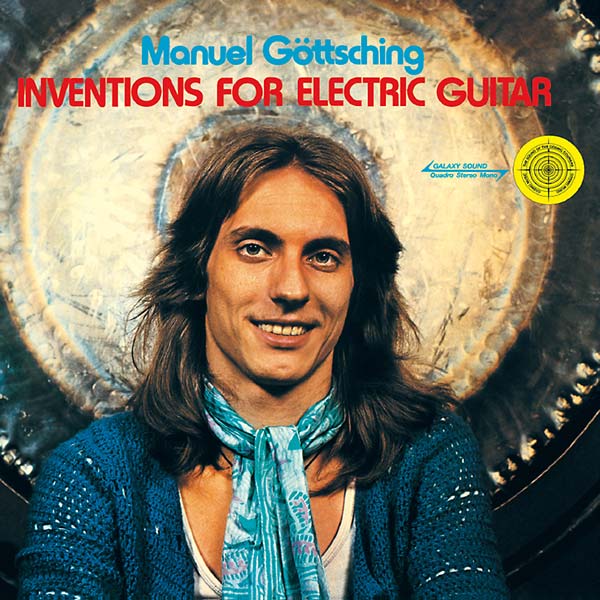