How John Cale rebuilt Music For A New Society, his most intimate and devastating album 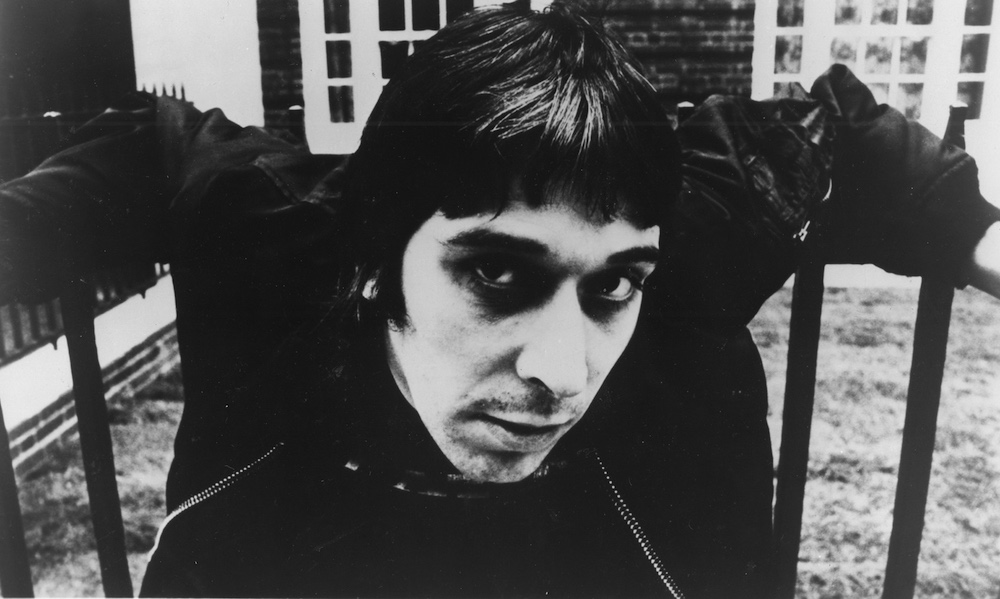 That John Cale’s discography outside of his work with the Velvet Underground starts and ends with Paris 1919 is indeed a most impoverished viewpoint. Right up there is 1982’s oft overlooked Music For A New Society, which catches Cale on the verge of a nervous breakdown.

With the item back in print on vinyl, along with a visceral new re-working album M: FANS, Martin Aston revisits Cale at his most anguished and fractured.

John Cale was recently asked what inspired him to keep going after the best part of half a century of recording and touring: “Finding new ways to do things,” he replied, adding, “It’s a quest that keeps you hungry.”

If keeping the brain activated is the path to a long life, then perhaps Cale might live to see out a century of making music. Is there another musician, let alone one who celebrates his 74th birthday next month, who’s in his studio every day when not on tour, writing? (He’s already got 27 songs stockpiled for his next album).

On tour, in 2015 alone, Cale kept advancing: he premiered Signal To Noise (“an experimental exploration of durational audio-visual movements”, apparently) and a six-hour performance for New York’s Whitney Museum of Art inspired by Andy Warhol’s Empire film, whilst making room for his continuing Nico tribute show Life Along The Borderline and performances of his own 1973 album Paris 1919. And when it came to re-mastering another of his solo albums, 1982’s long-out-of-print Music For A New Society, Cale conceived an entirely new version, christened M:FANS, as his reaction to the causes of the original, as if he is remixing his own brain.

Released this last month as separate vinyl packages or as one conjoined CD, Music For A New Society and M:FANS are two distinct chapters in a restless quest that’s proved even more prolific, enterprising and risk-taking than David Bowie’s. Setting aside M:FANS for now, Music For A New Society is a very strong contender for the most fascinating and compelling record of Cale’s solo years: the restless questing artist on the verge of a nervous breakdown. After studying music in London and New York through the early ’60s, Cale’s initial recordings took a drier, cerebral approach with avant-garde experiments in minimalist form before taking an entirely new direction when Cale met Lou Reed and they formed The Velvet Underground. Post-Velvets, Cale had – ironically, given Reed supposedly fired him for persisting with outlandish ideas – turned to a dreamy, melancholic brand of singer-songwriting (1971’s Vintage Violence and the orchestrated Paris 1919), then gone for the option marked ‘Dirtyass Rock’n’Roll’ – to use one songtitle from that era – and after producing Patti Smith’s Horses, continued with a mixture of careering garage-rock and gaunt ballads. By 1980, he’d acquired a nasty cocaine habit, had no clue how he could sell records, or where to go next.

Music For A New Society had a fraught birth, to say the least. With Cale having folded his Spy label imprint into Michael Zilkha’s Ze Records, and retired his band for a run of solo concerts, Zilkha proposed an album to capture this new phase. Rising to the challenge – “a very good one” Cale thought – he created an unusual brief for the exercise; to only allow ten days in the studio, and only set the tape rolling when he was ready to improvise.

Was Cale nuts? If he’d wanted to sell records, this wasn’t the solution. The result was both exquisite and unhinged, with random episodes where Cale audibly unravels, like the madman in the attic, putting him in the same place as Lou Reed’s Berlin or Big Star’s Third. Cale once recalled the recording process as “like method acting. Madness. Excruciating. I just let myself go. It became a kind of therapy, a personal exorcism.” But that fed into the album’s extreme qualities; its nerve-shredding raw intimacy, its fractured, anguished beauty.

“I can’t get away from the fact it’s a very personal album – it was just chaotic and unresolved,” Cale says today. “My motivation at the time was to refocus my life on stuff other than what was going on – to turn what’s going on right now into something of value later on – which is a big part of why I wanted to present the album in the different way, as M: FANS. I also wanted to be able to listen to the songs again, because I can’t easily go back to the original. A lot of aggro and despair went into that record, and I recognise every gargoyle as they come along – but they made the album at the time.”

Music For A New Society features one rock arrangement, the lurching ‘Changes Made’, and one strange ambient treatment, ‘Rise, Sam And Rimsky Korsakov’, but the crux of the album is its piano ballads, naked and wired, such as ‘Taking Your Life In Your Hands’, ‘Broken Bird’, ‘Chinese Envoy’ (lyrically, …New Society is as much mystery as confession) and a re-recording of one of his most magisterial old songs, ‘Close Watch’. And then there was the lengthy, wayward, crazed ‘Sanctus’, titled ‘Sanities’ when the album was first released because the studio engineer felt that Cale sounded in danger of losing his.

Thirty-three years since …New Society was released, this is no ‘landmark’ anniversary, so why now? The impetus was a request in 2014 from Denmark’s Aarhus Festuge festival to play Music For A New Society live. How could the most naked of Cale’s albums translate in a festival context? “We’d already been discussing how to reissue the album, to digitise it and get the process rolling,” Cale recalls, “and all these new ideas popped up. Looking back to the emotions of the old record, which were dark and draconian, it was gentle one minute and hard the next, and then frightening… So do you present that exactly as the original? No; you do it as a concert and you try to tell a story, which gives you a glimpse into my life at the time.”

So Cale set about re-imagining it with his current live band, and with his ongoing fascination with digital music – from electronica to hip-hop – came up with M: FANS, which crackles with louder, fleshed out and rhythmically heavier frequencies, while sometimes sampling the original, giving Cale the opportunity for closure on one of the most testing eras of his life. This included his response to Lou Reed’s death toward the end of 2014, which Cale was able to convey through the new version of ‘If You Were Still Around’, for which Cale released a music video on the first anniversary of Reed’s passing. “The song fitted perfectly to Lou, on a relationship that was really scattered and ill-defined,” Cale reflects.

Some fans will baulk at the changes Cale made, turning some ruined ballads into charged, modern pop, as if it’s sacrilege on his part. For example ‘Close Watch’, is now a spectral trance-duet with Amber Kaufman of The Dirty Projectors (Cale enthuses about her “amazing ability to replicate microtonal shifts”) while ‘Chinese Envoy’ is even more radical, a borderline-pop song, “a happier song the way it is now,” Cale reckons. “But it doesn’t offend the sensibility of the song. I think the tracks have benefitted from being given more attention this time. The rawness and immediacy that comes from making mistakes, as I did, and the struggle to get words out – that goes away when you do it again, so you need something else.”

It will be interesting to see what Cale comes up with when he embarks on the very first live performance of The Velvet Underground And Nico debut album, to mark the 50th anniversary of its recording (it was the band’s label, Verve, that held it up until 1967). Will it be a faithful reproduction or adventurous reconstruction? Cale’s not saying. But given how Music For A New Society and its equally radical twin have turned out, no one can predict anything, except that it will be fascinating, compelling, and emotional. With Bowie’s demise, and Reed gone too, we urgently need Cale to keep questing, to stay hungry, to keep finding new ways to do things.