A genre-defying artist who synthesised dub, funk and psychedelic influences across a range of solo and collaborative albums, many of which remain chronically overlooked.

“Wobble’s basslines became the human heartbeat in PiL’s music; the rollercoaster carriage that simultaneously cocooned you and transported you through the terror zone,” wrote Simon Reynolds in his post-punk history Rip It UP and Start Again.

Released in 1978, PiL’s First Issue created an exploratory sound born from a love of experimental music – be it the Krautrock of Can or the dub of King Tubby. Jah Wobble (born John Wardle in Stepney in 1958), first heard dub at the illicit ‘blues’ parties around his East End neighbourhood. “Heavy bass had an effect on me that was essentially visceral. I felt and perceived it at gut level,” he recalled in his autobiography, Memoirs of a Geezer.

His love of dub and soul music was also nurtured at West End clubs like Crackers, where the soul boy uniform of tapered peg trousers and mohair jumpers crossed over into punk. But Wobble’s music interests went much deeper, absorbing the avant-garde of Karlheinz Stockhausen, and studying the bass playing of reggae titans like Robbie Shakespeare and Aston “Family Man” Barrett.

“The thought of riding the power that I heard emanating from the reggae sound system bass bins was utterly enthralling,” he wrote in his autobiography. It was that bass – pounding, dubwise, and full of soul and suggestion that became what Reynolds called the “heartbeat” of both First Issue and the follow up Metal Box.

But by 1980, frustrated by PiL’s studio inactivity, and rushing with amphetamine-fuelled ideas of his own, Wobble left the group to form the short lived Human Condition. The recordings that followed were as eclectic as they were exploratory: from the pioneering fusion of his long running Invaders of the Heart and border-crossing projects like The Chinese Dub Orchestra, to a series of DIY dub and leftfield synth pop releases on his own label Lago Records in the ’80s.

Along the way he has worked with everyone from Can members Holger Czukay and Jaki Liebezeit, to Brian Eno and free jazz saxophonist Evan Parker. A long association with Bill Laswell has led to his latest LP Realm of Spells. Other recent output on his 30 Hertz Records label – including Maghrebi jazz with Moroccan duo MOMO, and the The Nippon Dub Ensemble – show how Wobble continues to push musical boundaries. We look back at 10 of the highlights of his wide-reaching oeuvre, unmatched in the post-punk canon. 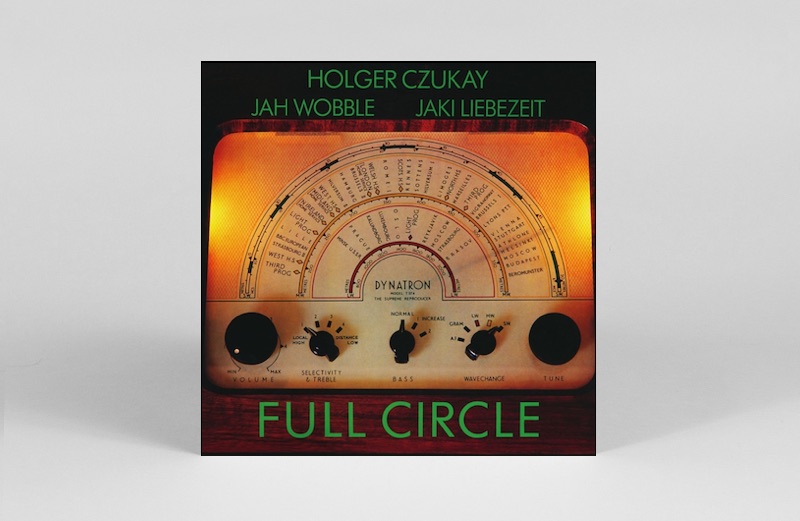 Jah Wobble’s first collaboration outside of PiL was with Can’s avant-pop multi-instrumentalist Holger Czukay and drummer Jaki Liebezeit. Written by Wobble and Czukay, ‘How Much Are They’ used a sample from two stoned girls who had wandered into Gooseberry Sound Studios in London’s Chinatown. Given what Wobble called a “tough disco sound” by engineer Mark Lusardi, the track (featuring Wobble on Godwin string synth as well as bass) would become an anthem at New York’s underground parties like The Loft. Recorded at Can’s Inner Space Studio and mixed by Conny Plank, with “editing and processing by Holger Czukay at his laboratory”, ‘Where’s The Money’ and ‘Full Circle R.P.S.’ picked up on the avant-garde/musique concrète of the Can studio magician’s solo LPs. 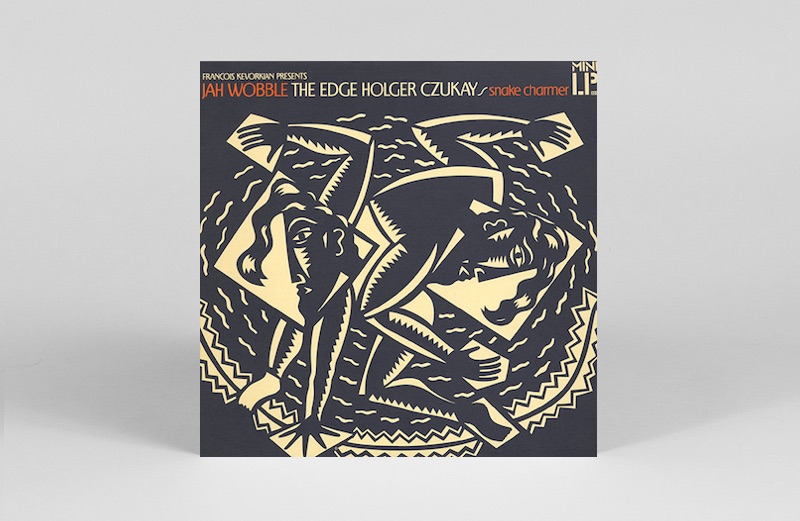 New York producer Francois Kevorkian had contacted Wobble after a conversation that he had had with Chris Blackwell. The idea was to get The Edge in the studio with Wobble, who drafted in Czukay and Liebezeit alongside members of his new band, Invaders of The Heart. Produced by Kevorkian, the EP was recorded and mixed at Island’s Fallout Shelter in West London, and was engineered by the great Stephen Street and Paul “Groucho” Smykle. The mutant disco track ‘Snakecharmer’ became a staple for Larry Levan at the Paradise Garage, while ‘Hold On To Your Dreams’ was revived by chill out DJs in the early ’90s. It featured Ollie Marland, keyboardist with Invaders of the Heart, who Wobble would pursue his love of disco with on the mid-’80s LP for Island, Neon Moon. 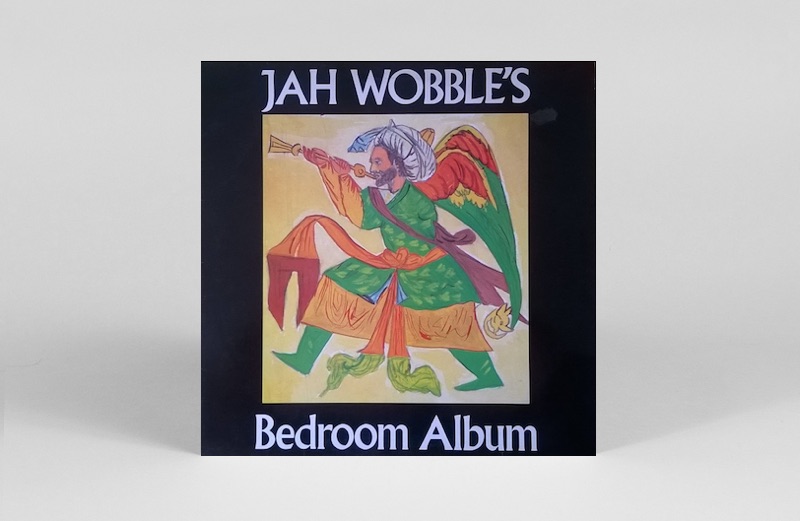 Wobble’s Lago Records debuted with the ‘Fading : Nocturnal’ 12” conceived alongside other rough tapes in Wobble’s council flat. “It was just one room with my bed, a kitchen and bathroom so it was the perfect title,” he later remarked of The Bedroom Album. “That whole period was very important to me in regard to preparing me for the future,” he recalled. “I would spend hours walking around Wapping listening to the music of Miles Davis’s electric period along with Mohamed Abdel Wahab.” His experimentation with Arabic modes resulted in the Eastern dub dance of ‘Invaders of the Heart’, which later became a big record for Andrew Weatherall. 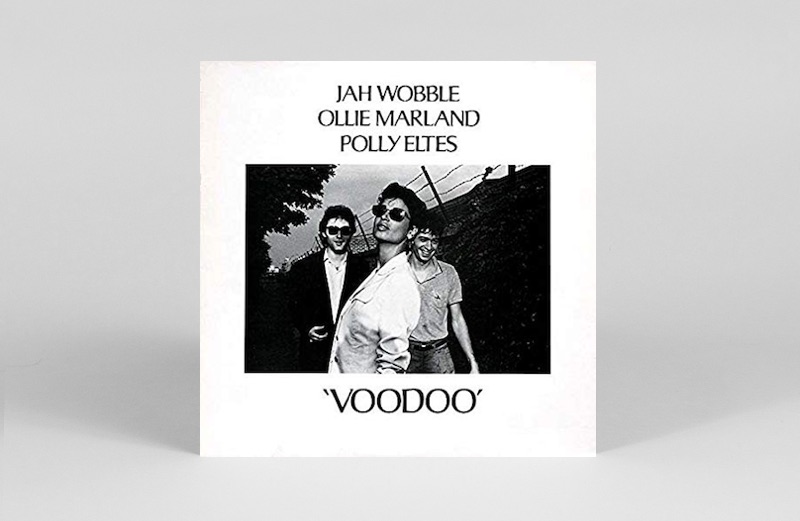 The best of the Lago Records output appeared on a series of 12”s that followed ‘Fading : Nocturnal’. With distinctive black and white sleeves designed by Angus MacKinnon, these 12”s were recently compiled by Emotional rescue on Jah Wobble: The Lagos Years. Recorded between 1981-1986, they represent a side to Wobble’s work that is least known. I could have chosen ‘Blowout’, whose dark pop touch has made it a secret weapon for Balearic DJs, but have opted instead for perhaps his least known 12” for the label. Engineered by Mark Lusardi, ‘Voodoo’ is a beautifully crafted piece of mid-’80s leftfield pop, featuring model Polly Eltes on vocals. Flip for the freeform instrumental ‘East’, a platform for the drum programming genius of long term associate Ollie Marland. 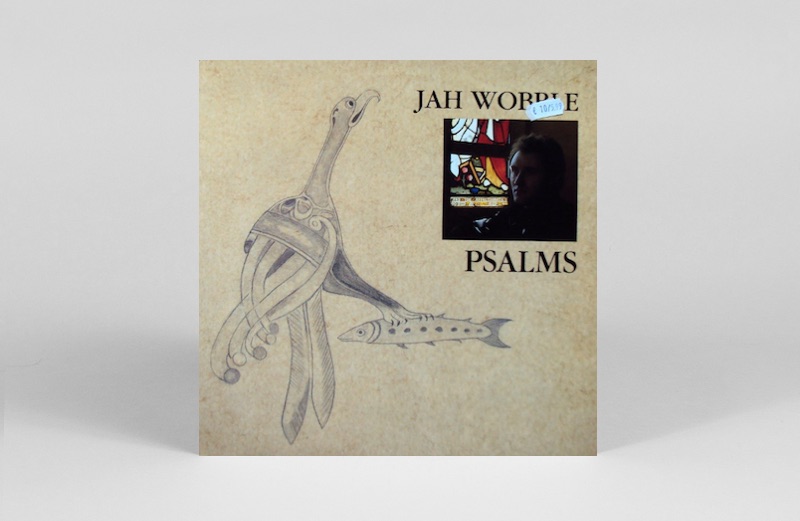 After the final release on Lago Records, Wobble released one LP for the small North London label Wob Records. Entitled Psalms, it was recorded during his darkest struggles with alcohol and drugs. All things considered, Psalms was a remarkably cohesive record, thanks in so small part to engineer Mel Jefferson, and the fact that Wobble became sober during the making of the record. The LP includes the confessional ‘Alcohol’, a dark and brooding piece of electronic post-punk-funk. Guests included Julianne Regan from All About Eve on ‘No Second Chances’ and the late, great reggae vocalist Bim Sherman on ‘Enough’. The album was followed a three year gap until his next record, during which time Wobble became a London tube driver while developing his group Invaders of the Heart. 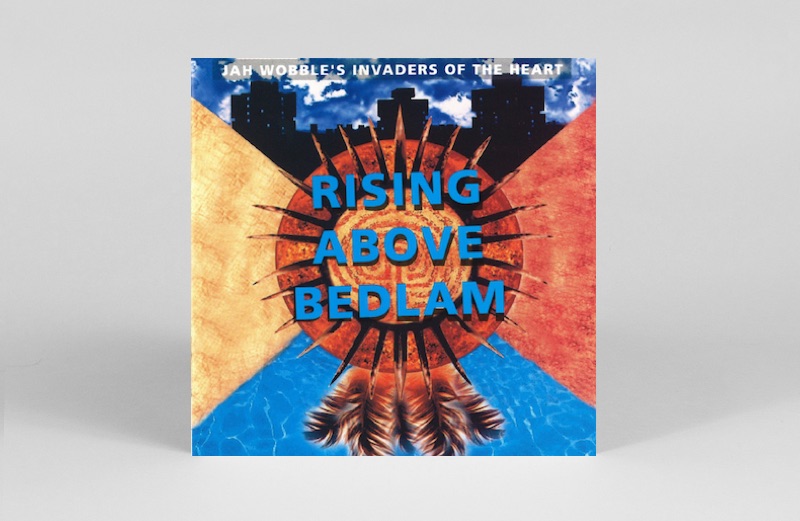 Jah Wobble’s Invaders Of The Heart
Rising Above Bedlam
(Oval, 1991)

Recorded with Wobble’s evolving band of musicians, including guitarist and fellow student of Arabic music Justin Adams, Rising Above Bedlam saw the Invaders become forebears of the world music fusions of the 1990s. “I wanted the Invaders stuff to have that African (both North and Sub Saharan) vibe but lean towards a London/UK earthy dub meets ad hoc trance-acid-house thing,” Wobble wrote in the liner notes to his Redux anthology. This is best heard on ‘Bomba’, a Balearic anthem remixed by Andrew Weatherall for the Boy’s Own label. It was singer Natasha Atlas, who helped realise the music that had been in Wobble’s head since he first heard Egyptian music on short wave radio as a teenager. The LP crossed over thanks to ‘Visions of You’, Wobble’s duet with Sinéad O’Connor. 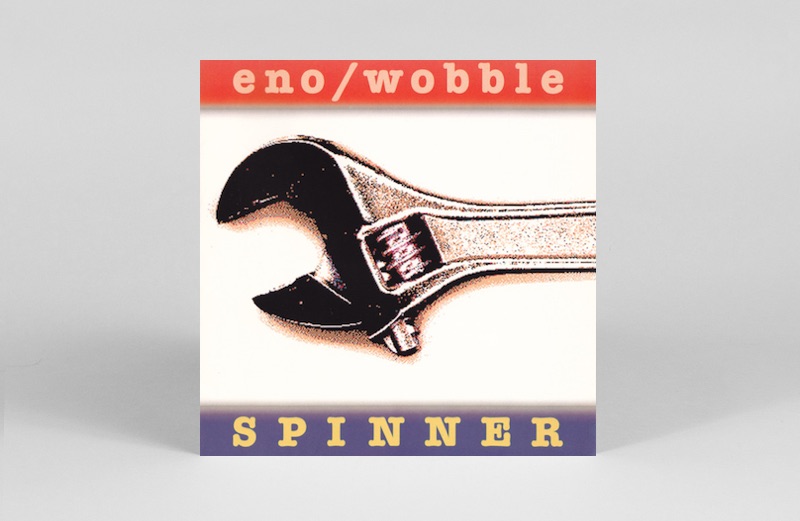 As well as the acclaimed LP Take Me To God, Invaders of the Heart has seen Wobble’s musical travels take him from Ireland (The Celtic Poets) to Laos (Molam Dub). Outside of this cross-cultural project he has been even more exploratory, and one area that Wobble has continued to pursue is ambient music. He had met Brian Eno after a London show and had subsequently released one of his most ambitious LPs, an LP of William Blake’s poetry on Eno’s brother-in-law’s label, All Saints. A few years earlier, Eno had created music for the Derek Jarman film Glitterbug. He passed Wobble the tapes – what Wobble referred to as ‘scraps of sound’ – and let him embellish the music, creating atmospheres to match his walks around the River Lea. 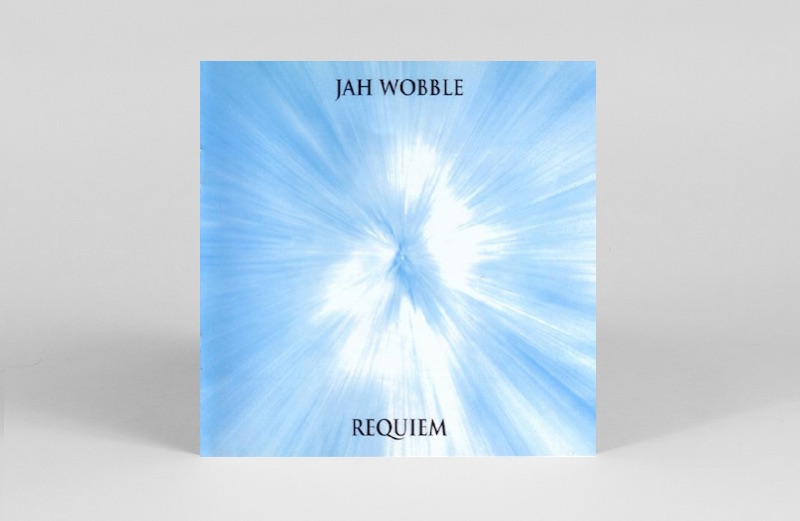 In 1997, Jah Wobble set up his new label 30 Hertz Records that has been the platform for his work ever since. In typically ambitious and eclectic style, he debuted with an LP structured around a requiem mass and featuring a poem by William Blake, whose mysticism Wobble has continued to turn to for inspiration. The LP was written by Wobble at his kitchen table on his sequencers, before bringing in string players and a choir. The result was a beautiful LP of modern classical music unlike anything else. “Although it’s neo classical, it still grooves. It’s how I would like to have heard ‘Catholic music’ sound when I was a kid,” he said. 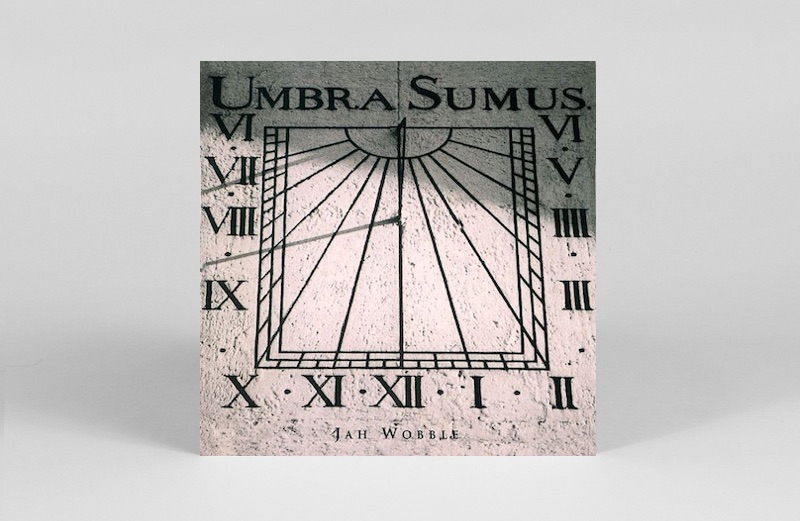 For the follow-up to Requiem, Wobble turned again to his love of walking for inspiration on an LP that straddled ambient, modern classical, dub, jazz and synth pop. Along his walks around the waterways of East London, Wobble would record the sounds he heard. Back in the studio, he built music around them, for example using the sounds of steam hammers to create the rhythmic pulse of ‘Limehouse Cut’. This haunting jazz track featured the trumpet of the great British Barbadian trumpeter Harry Beckett who often appeared with Invaders of the Heart. Other guests included Jaki Liebezeit, pedal steel player BJ Cole, and Bosnian singer Amila Sulejmanović on the two opening tracks. 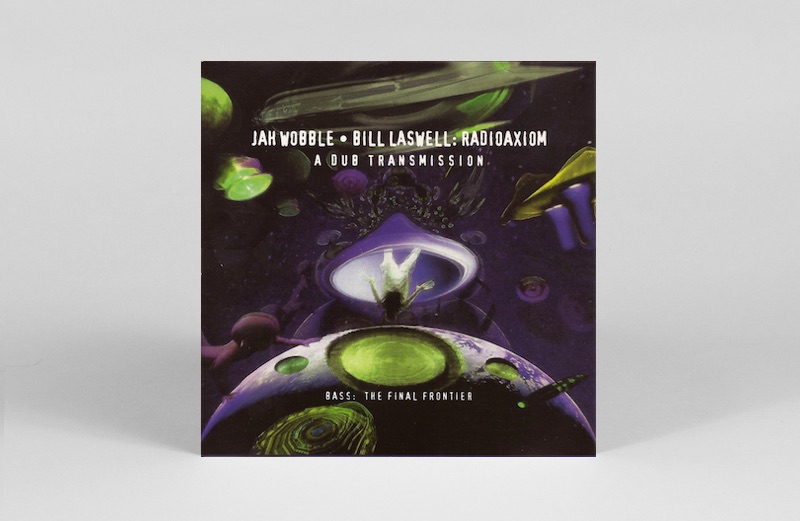 Bonding over a love of deep bass and the heaviest of Miles Davis’ electric LPs, Dark Magus, Wobble and Laswell recorded what the former considers one of the best records he has ever appeared on. The two had appeared together a few times before, most notably on Wobble’s 1996 LP Heaven & Earth, which featured tenor saxophone legend Pharoah Sanders. Recorded at Orange Music, New Jersey, Radioaxiom featured a range of players like Sly Dunbar on drums, Karsh Kale on tabla, Amina Claudine Myers on organ, and Nils Petter Molvær on trumpet. It was recorded shortly after Bill Laswell’s Panthalassa remix project, and tracks like the sprawling ‘Virus B’ continue where Miles Davis’s ‘Black Satin’ (from On The Corner, another of Wobble’s favourite LPs) left off. Also search out the 30 Hertz LP with Evan Parker, Passage to Hades, to hear Wobble’s dub bass riding an exploratory free jazz groove. 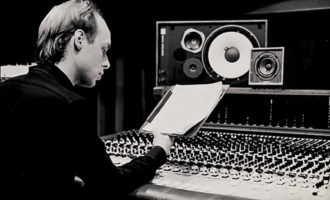