Used as a business card by the man who funded the recording in his basement and after whom the album is named, Tohru Aizawa Quartet’s Tachibana is one of the rarest Japanese jazz records of all time. Featured on BBE’s new J-Jazz compilation, Tony Higgins tells the bizarre story behind this real-life holy grail.

On 30th March 1975, four young college students gathered in the presence of a wealthy local businessman, Ikujiroh Tachibana, in the town of Numata, Gunma Prefecture, about 90 miles north of Tokyo. The four amateur musicians were there to record their first and only album, an album that would remain forgotten for the next forty years. After labouring in obscurity for decades, the record has become one of the most revered and sought after artefacts in the esoteric world of Japanese modern jazz, emblematic of the fanatical culture and desire for perfection that pervades it.

It is a world that has been given a fresh take on new BBE compilation J-Jazz: Deep modern jazz from Japan 1969-1984, which features Tohru Aizawa Quarter’s track ‘Dead Letter’ from Tachibana. This album has all the necessary components of such cultish impulse: mysterious and vague details about its origin, brief existence, superb craftsmanship and skill, and scarcity of the object… 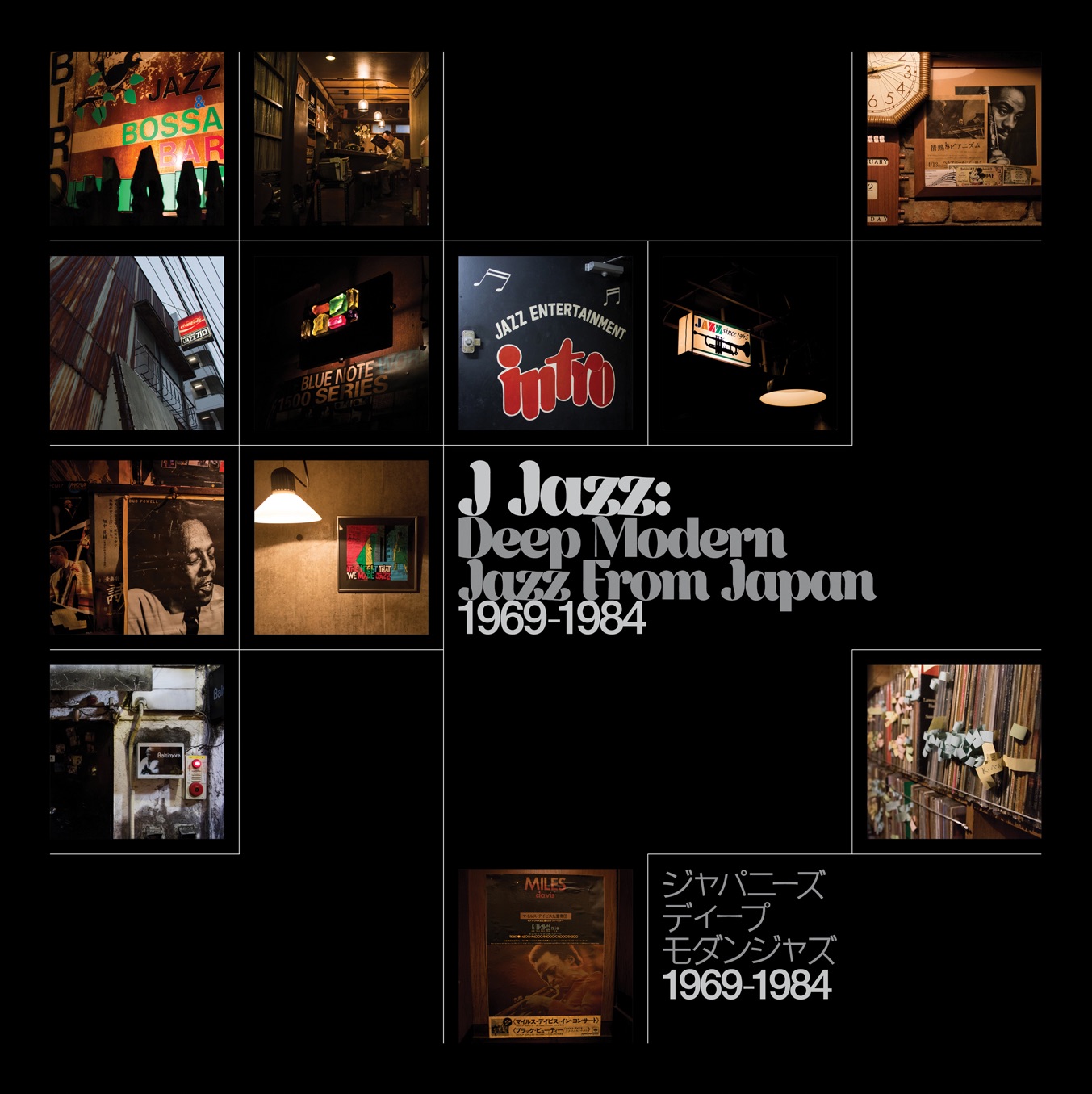 But what is the story of this album, why is it so special, and how has it become a central totem in the wallet-bashing world of Japanese jazz collectors?

Let’s go back to March 1975 and the grand house of Ikujiroh Tachibana in Numata, Japan. Tachibana was a successful businessman and member of a prestigious family who could trace its lineage back to seventh century Japan. The Tachibana clan were, for several centuries, a powerful aristocratic family with close links to the imperial court, and the clan emblem or mon 紋 is used on the cover to the album.

Not only was Tachibana a respected and well-known local figure, he was also a big jazz fan. He would frequent local jazz clubs and bars and sometimes travel to nearby towns such as Maebashi and Isezaki – as well as Tokyo – to catch visiting American artists like trumpeter Charles Tolliver and pianist Mal Waldron, alongside home grown talent. One such band was the Tohru Aizawa Quartet, a group started in 1969 by two brothers, Kyochiro and Tetsuya Morimura. 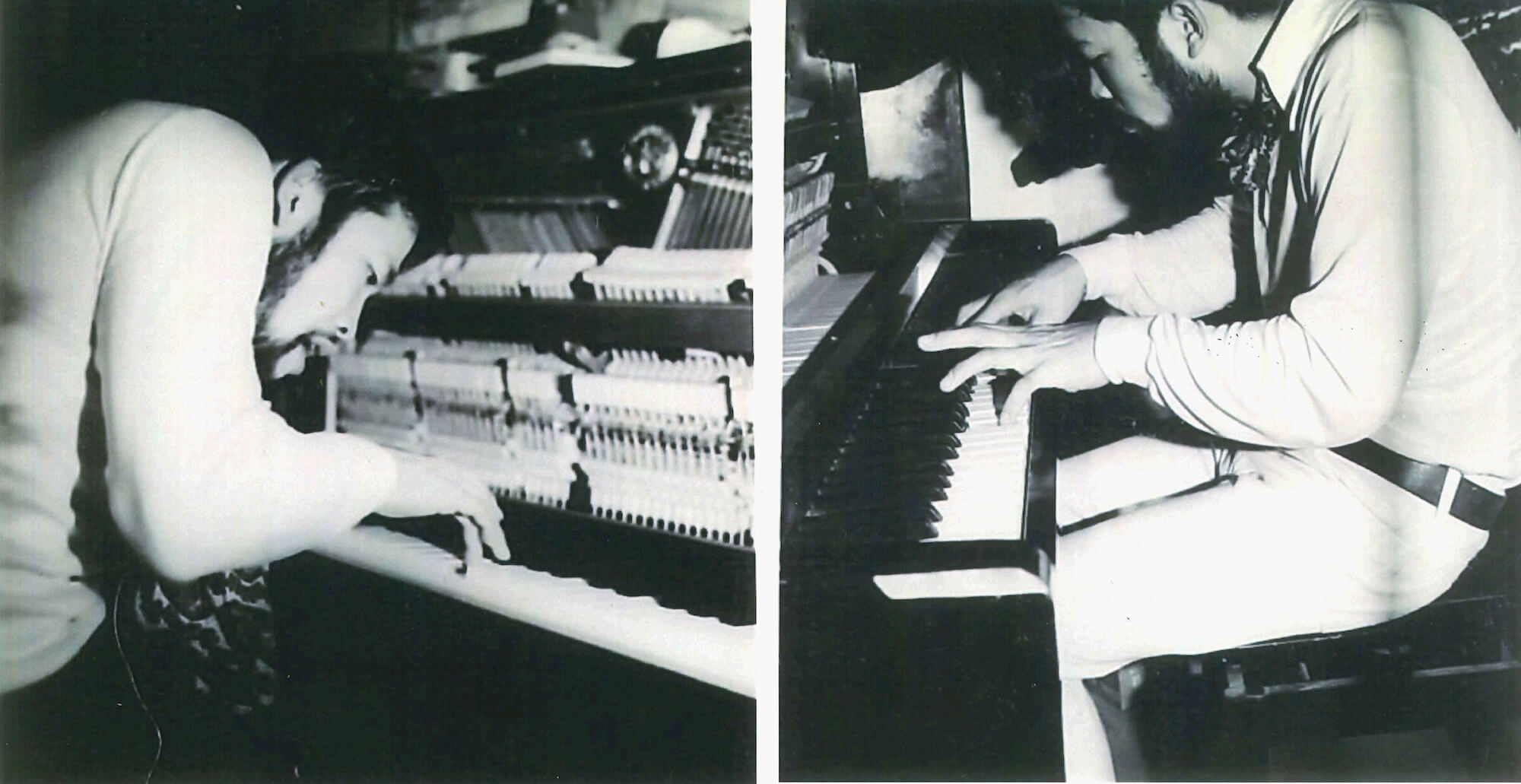 Kychiro was a saxophonist and music student who later became a teacher, and Tetsuya was a drummer and law student. A few years younger than pianist Tohru Aizawa, they joined forces after hearing Aizawa perform at a music festival held in the medical school in Maebashi. (Aizawa, born in 1950, had moved there from Tokyo to study medicine. He would eventually graduate top of his class). Suitably impressed by Aizawa’s skills on the keys, the Morimura bothers decided to form a group and were joined by bass player Konzoh Watanabe, a fellow law student of Tetsuya Morimura.

They began gigging at local jazz spots, gaining something of a residency at Mokuba, a jazz spot in Maebashi owned by Kohichi Negishi. It was here that the group built a small but loyal following, among them local businessman and jazz fanatic, Ikujiroh Tachibana. He suggested that they make a record and he would finance it. Moreover, he would use the finished LP as a business card to promote himself and the band.

Quite what the recipients made of this was not recorded, but a few quizzical looks were no doubt shared. According to Aizawa maybe as few as 150-200 copies were manufactured, although nobody really knows, and it’s probably safe to assume several copies were discarded straight after being received. Unsurprisingly, using an LP as a business card didn’t catch on.

In the original album sleeve notes, reference is made to a handwritten note from Aizawa explaining the motivation for the group:

“We just created music we wanted to create. We are aware that music takes a different shape dependent on the ear of the listener. There are people who can appreciate it and others for whom it’s just noise – just a load of notes clumped together. We know it’s not to everyone’s taste but decided to push on and create for it for ourselves.”

The album opens with ‘Philosopher’s Stone’ written by drummer Tetsuya Morimura. For a teenage amateur player to compose and perform such an accomplished and impressive piece is a testament to the talent that the band contained. Testuya’s saxophonist brother Kiyoshiro describes the recording and the influences that went into the session:

“We thought it would be a nice memento so we went to Mr. Tachibana’s hall to record the album. It was recorded by someone from Trio Kenwood Records. At this hall, there was a Steinway full concert grand piano, and Mr. Tachibana invited famous musicians such as Zoot Sims, Eiji Kitamura and others to do concerts there. It was not a recording studio so they had difficulty getting the balance right. Just like any other live show that we regularly did, we had fun doing it. I don’t remember doing re-takes, so I think it was mostly done in one take. It was not commercially sold. I think it was given out by Mr. Tachibana in place of a business card. I listened to a lot of John Coltrane, Sadao Watanabe, Miles Davis and Wayne Shorter. My brother, Tetsuya, listened to a lot of Tony Williams and Elvin Jones.”

‘Philosopher’s Stone’ is followed by ‘Sacrament’, an epic modal composition by saxophonist Kiyochiro Morimura that fans of Pharaoh Sanders and late-era John Coltrane will appreciate. After an extended intro the band drop into a heavy, churning groove, Morimura’s saxophone scorching above the volcanic rhythm section. Aizawa’s own composition ‘Dead Letter’ is featured on the J-Jazz compilation. He says the track “just came out naturally, a spiritual outflow of myself.”

Although he has many other compositions to his name, this is the only one ever recorded. Thus far, all but ‘Dead Letter’ remain unheard outside of the lucky few who saw the band perform 40 years agoas. ‘Dead Letter’ is a performance of great bravura, a propulsive attack of rhythmic power and textural depth, redolent of McCoy Tyner at his most impactful. Aizawa’s own influences range from Bill Evans, Thelonious Monk and Chick Corea (Corea’s ‘La Fiesta’ is one of the two covers on the album) to Japanese jazz piano master, the late Masabumi Kikuchi.

The album finishes with a furious burn through the classic ‘Samba de Orfeu’, at such a speed it’s astonishing the band hold it together. An example of nascent talent, it’s hard not to ponder on the potential in a band that left just a single physical manifestation of their work.

The artwork on the album was designed by Kohichi Negishi, owner of the Mokuba jazz spot in Maebashi where the band often played. A portrait of the band’s sponsor, the avuncular Tachibana himself, leaning with drink in hand, graces the inside of the gatefold sleeve. It is accompanied by a typically polite ‘thank you’ and a greeting in which he remarks at “how polished the record is for a band that rehearsed and played in between their studies”. He goes on to say that “they get better each time he hears them and is always moved by their performances”. Tantalisingly, he also states he “wants to create more records and find hidden gems” but no more recordings of the Tohru Aizawa Quartet were ever made. By the time the record was issued as Tachibana’s business card, Aizawa and the elder Morimura were hard at work with no time to devote to their music. 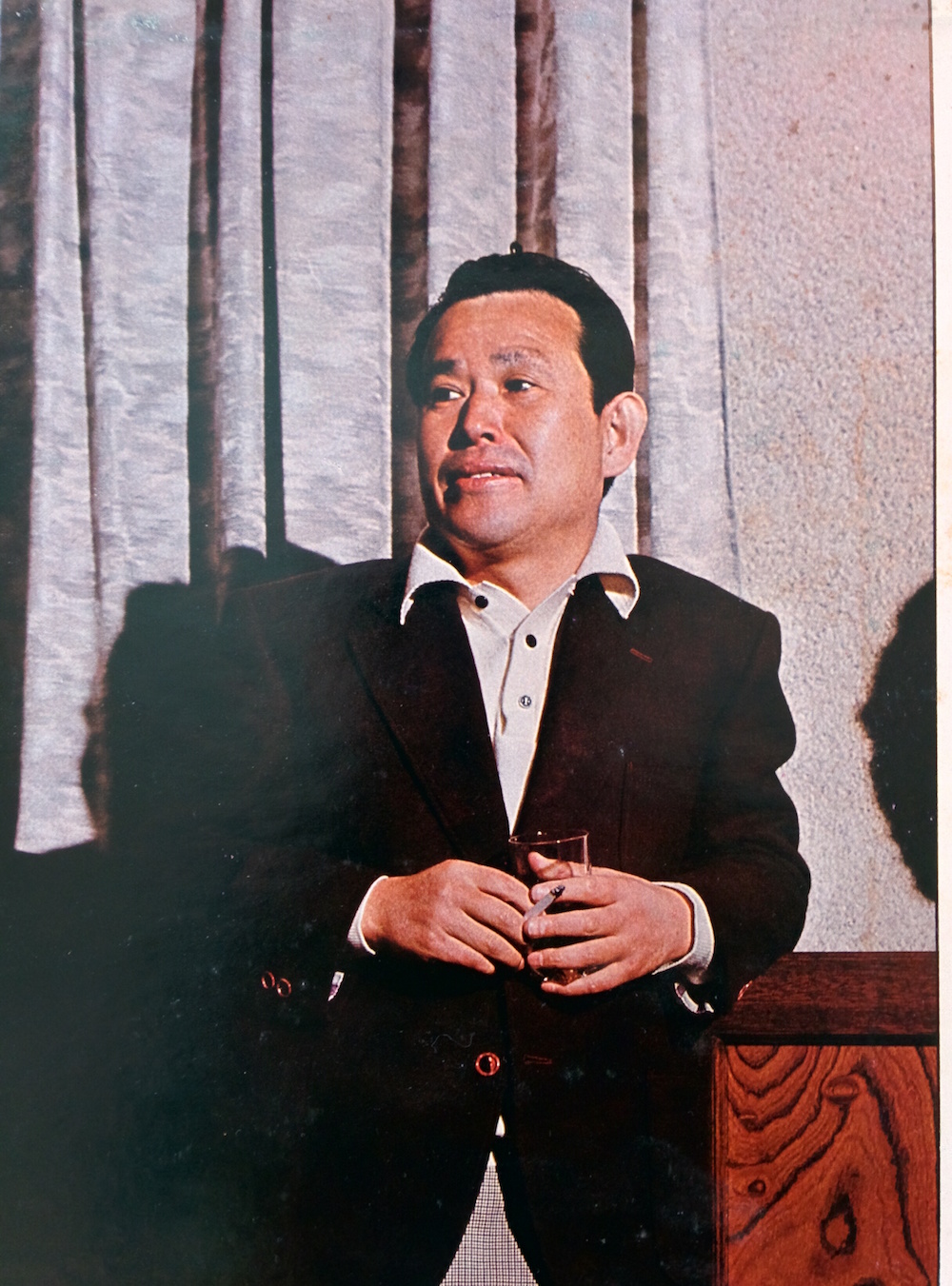 In the case of Tohru Aizawa himself, he went on to work as a doctor at his family hospital in Matsumoto, Nagano Prefecture, where he continues to work today specialising in diabetes. He still plays piano occasionally but never again recorded. The other members did continue in music to some degree, albeit for only a few more years. Kyoishiroh Morimura played with the groups Sing Out and the Kenji Yoshida Quintet; sibling Testuya released a solo live recording album called Akai Tori Concert (Red Bird Concert) which featured Japanese jazz icon Sadao Watanabe as a guest. But none of their projects ever matched the intensity or mystery of Tachibana.

To Mr. Tachibana and the Tohru Aizawa Quartet, arigatou gozaimasu.