Interview: How Ben Frost created the sound for Broken Spectre in the Brazilian Amazon

Ben Frost recently released Broken Spectre, his first album in five years, as an accompanying soundtrack to long-term collaborator Richard Mosse’s exhibition of the same name. Captured over 3 years across the Brazilian Amazon using a combination of analogue tape and an Ultrasonic recording system, Broken Spectre gives a voice to the wildlife and nature that is suffering because of environmental breakdown. Paired with Mosse’s visuals, Broken Spectre is an urgent and overwhelming project that seeks to cast an eye upon climate change.

Kelly Doherty catches up with Ben Frost amidst the project’s ongoing premiere at the 180 Studios.

Ben Frost and Richard Mosse’s extensive working relationship began because of mutual admiration. “I saw some of Richard’s early work in a gallery in New York, and I took it upon myself to just send him some fan mail, essentially. He wrote back to me straight away, and there was an obvious interest in each other’s work.” To Frost, despite their work taking different trajectories over the last decade, there has always been a “direct conversation between the two of them”.

This mutual admiration led to Mosse and Frost’s first collaborative project, The Enclave, an audio-visual piece that casts light on the overlooked humanitarian disaster in the Democratic Republic of Congo. The pair, alongside the cinematographer Trevor Tweeten, teamed up again for Incoming, a multi-channel sound and video installation which subverted surveillance technology to document the refugee crisis across the Middle East and Europe. Following this project, Frost explains, “Mosse took what I think he initially believed was some well-earned time off”, and began a project in the Ecuadoran cloud forest, making “beautiful flower portraits”.

Around this time, Jair Bolsonaro was elected into power in Brazil, a milestone that Frost describes as “fast-tracking a process that had already been underway for many decades in the Amazon”. “It became quickly clear that addressing the climate crisis had to be the next project, it became the only conversation,” Frost says. “And the Amazon was at the centre of that conversation”.

Capturing audio for Broken Spectre brought Frost to new technologies outside of the musical world. “[Richard Mosse] and [Trevor Tweeten] started talking about the ultraviolet light and this invisible spectrum of light made visible through satellite camera technologies.” This got Frost thinking about the “idea of bands of frequency that exist beyond the threshold of human hearing.” He quickly fell down a rabbit hole of learning how this technology works and “within a month or two [he] was conversing with bioacoustics scientists”.

After meeting with a German scientist to collect the piece of technology needed to capture the audio of the Amazon, Frost jumped on a plane immediately to “learn his way through in the rainforest” with this new equipment. “It’s not a musical device, it’s not even a particularly user-friendly device. It’s a scientific instrument”, he says.

Frost brought an artist’s perspective and music background to the science of ultrasonic data collection. “I wasn’t following the rules of an audiological survey, nor would I know how to, I was simply approaching all of this as a listener.” Frost knew that the Amazon would be sonically rich, but his subsequent discovery was that “as much as 90% of the animal biomass of the Amazon is made up by insects, so when we talk about representation of the inhabitants of this space, the vast majority of these voices are unheard, and the damage being inflicted upon them is completely invisible to us”.

Whilst using this new technology posed its challenges for Frost, he highlights relationship building as one of the most important keys to the project’s success. “What often doesn’t across in the work is the temporal aspects of a project like this and the amount of research by Richard that went into this project long, long before I was ever on the ground. He put in months of groundwork to develop relationships and build trust.” These relationships, Frost believes, “created windows of opportunity to get an insight into situations which would otherwise be far from view”.

The result is an unblinking body of work that captures sound hitherto unexamined–from the human vocalisations of fisher bats skimming mercury-poisoned rivers, to the laboured breathing of anaesthetised Jaguar being treated for third-degree burns from deliberately lit fires inside its world-heritage listed home. Broken Spectre continually commands its audience to listen closely to what we too often choose to ignore when we contribute to climate change on an individual or collective basis.

Frost is conscious of the role his listening choices played in what they captured as a part of the project. “To view these recordings as somehow objective is absolutely wrong. These are entirely subjective–the microphone in these circumstances is the lens. It is obfuscating the surrounding information and focuses on specific events and specific voices”. Despite the subjectivity of the field recording process, Broken Spectre seeks to present a truth as discovered by the project. “These recordings are my witness testimony. A factual, experiential document,” Frost explains. “This is what I saw, this is what I experienced. It’s certainly not the truth, it’s not the whole truth. But all of these images are first-hand accounts of what we’ve seen”.

“Any discomfort of the audience while interacting with Broken Spectre comes, I think, from a place of complicity. These landscapes are the early stages of the same landscapes that we have cultivated everywhere in the Western Hemisphere- Europe, the US, and my home in Australia. I can say, almost unequivocally, that wherever you are right now was once, at some point, a towering forest stretching as far as the eye can see. To witness firsthand this process of destruction in Brazil is to travel back in time and face the stark reality that we are all living in post-apocalyptic landscapes. If we wish to save what remains of the forest, what is required is nothing short of radical, urgent support of the Brazilian people to protect what we have ourselves failed to value.” 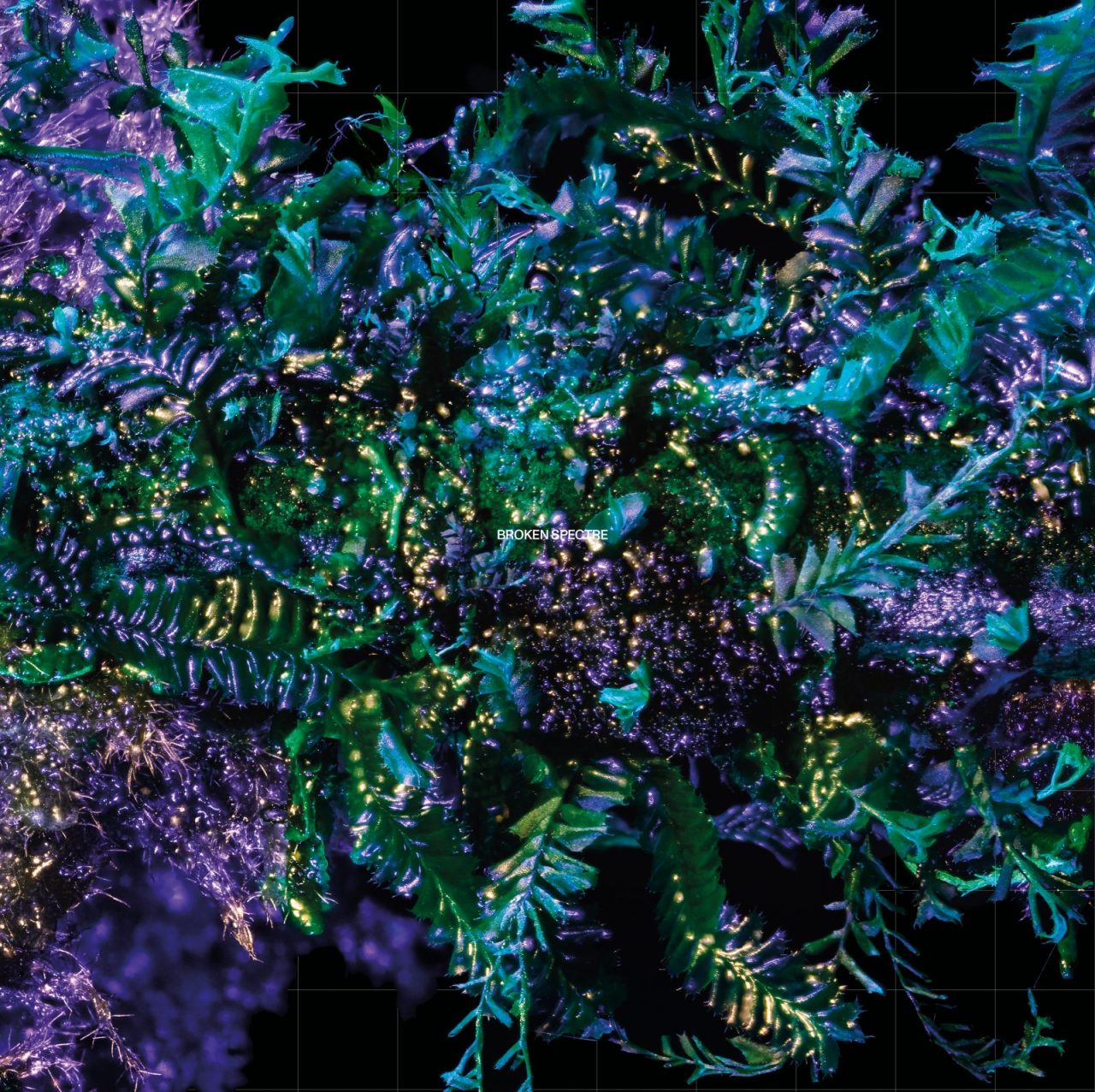 Broken Spectre, pressed at The Vinyl Factory in Hayes, is out now, accompanied by Richard Mosse’s photography from the project and artwork by Loose Joints. A limited edition version is also available, numbered and signed by both Frost and Mosse.

Kid Cudi is releasing the Entergalactic soundtrack on vinyl