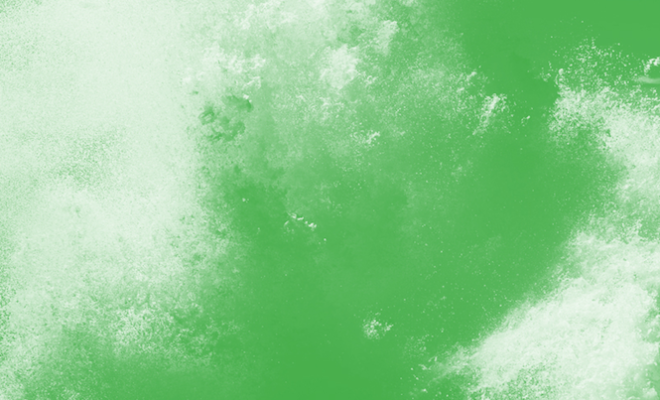 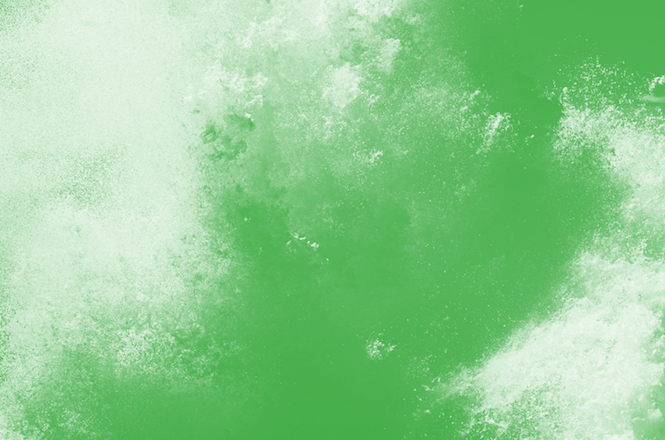 Jumping off the grid in pursuit of communal emancipation, 1 by Lifted on PAN could be a contender for album of the year.

Max D is an innovative producer, but for a while now he’s been itching to leap outside the framework that underlies his solo work. From this itch, discussions with Matthew Papich (aka Co La) developed and eventually the Lifted project was born. At the very heart of Lifted is a communal spirit, a modern re-awakening of the freedoms of collective improv and jazz fusion.

Slipped out by PAN at the tail end of last month, their debut 1 is a beautiful exercise in jumping off the grid. Using the loose and experimental studio sessions recorded in their respective hometowns of Baltimore and Washington DC as the environment to build upon, the duo reached out to Motion Graphics, 1432 R co-founder Dawit Eklund, and Jeremy Hyman for additional synthesis, drumset and percussion. Jordan GCZ (of Juju & Jordash) and Italian ambient pioneer Gigi Masin were dialled in from Amsterdam and Venice to incorporate synth, guitar and piano overdubs, forming an international meshwork of projectile jazz, ambient and freeform techno.

Curious to find out more, we caught up with the Lifted collaborators for a chat about the album and to find out what’s next. 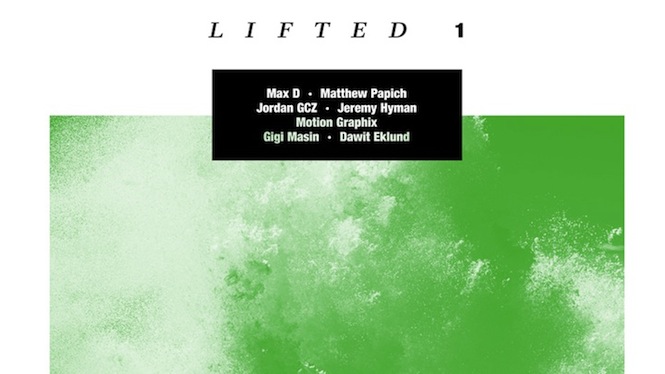 Let’s start at the beginning, how did the Lifted project emerge?

Max D: I mean it was a very natural thing, I feel like there was a period of time when I would be up in Baltimore playing Max D shows and sort of spreading the Future Times gospel from Washington a little bit, and Matt and Joe (Motion Graphics) would be the dudes that I would vibe with in between acts or after the gigs. So we sort of just got to talking about ECM records, ambient music, our sort of desires for what some music like that could sound like. I was really itching to do something a bit more free, personally.

But I also thought from the Co La stuff that there would be a nice impasse if we both took our sounds way out. I think Lifted sounds a lot like both of us (and with the addition of other players, all of us), but sort of more faint, ghost versions of what we do solo. I’m very happy that specific players shine through, like you can tell when Gigi is there, you can hear Jordan GCZ’s synth touch.

Gigi – you’re based in Venice. How did you get linked in with Max and Matthew?

Gigi Masin: My friend Tako Reyenga from Red Light Records / Music From Memory in Amsterdam asked me if I’d like to help some musicians from America with a project that would involve collaborating over long distance. I love these kinds of experiments: you always learn something and it’s great to share ideas with musicians worldwide. It was a really good challenge. Max and Matt asked me to help on two tracks, and I was free to do what I liked…

Max: I came to know Gigi through email via Tako, who did that massive reissue of Gigi’s music. I was huge fan of Gigi’s, and I sort of just threw out the idea, and he was so ready. I was so happy! He was just like “Let’s do it!” So that let me know he was ready to just dive in. 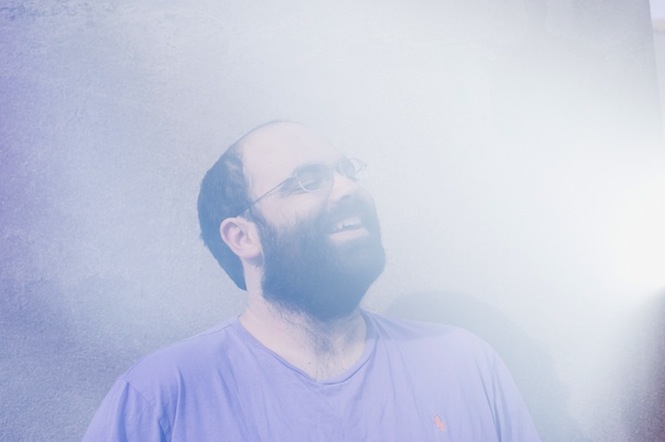 What about Jeremy, Jordan, Motion Graphics and Dawit Eklund?

Max: Jeremy was in Baltimore (he isn’t always there) and was able to come through and do drumset overdubs on a few things. Jordan is always on speed-dial with me for synth parts and collaboration (we do Zsa Gang together, for instance), we essentially just get along in all ways very very well, and I knew he would love to lay down some proper fusion synths.

I think Motion Graphics got involved by being around, but it was so tight that he was. I think he was back randomly from LA and it was just serendipity. Dawit Eklund’s role on “Mint” too was totally chill, he was just over at the crib in DC with me; we kind of laid down bass parts at random, but they stuck so hard. Matt and I didn’t think of involving anybody specific until after our first day in the Tempo House lab.

And how did the sessions in the studio unfold?

Matthew Papich: The studio sessions were loose, exploratory at first. We used a limited amount of tools at the outset, essentially Andrew and I putting ideas out, working with Craig Bowen, who was instrumental in making those initial stems. The first sessions at Tempo House were insanely productive, but started in a wild environment. When the HVAC was on, the space filled with gasoline fumes from a storage space next door – it was narcotic in a way. There were distractions that were enabling – we’d leave the door open, a neighbour would come in and watch Andrew play a drum solo on a Simmons while I filtered the signal. The feeling was more lab than jam – because there weren’t periods of making sound for the sake of pleasure alone.

Eventually we brought in other players, Joe and Jeremy had some magic for a few hours, at Tempo House. Some of the tracks came from even simpler situations – we basically made “Total Care Zero” in Andrew’s home studio, a more software based set up, Joe introducing the scroll sound that really dictates that track. Eventually there were some months of editing, between Andrew and I – mixing became really fast and easy, the sounds were mostly uncrowded. 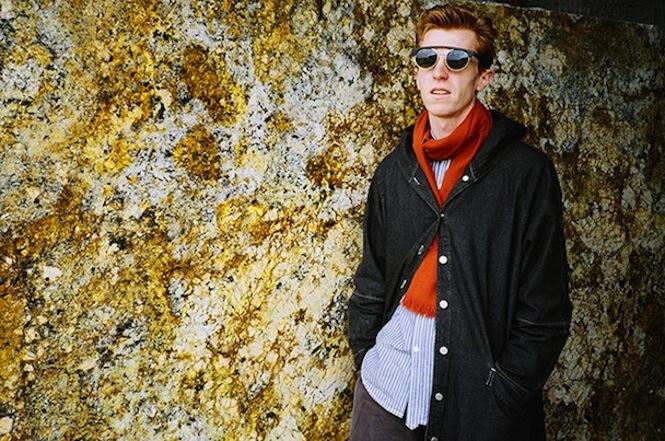 Max: Yes, we should def highlight Craig here too, because he totally let us freak out in the studio with no real plan. What I thought we would do the first day and what we actually did were two VERY different things, in a great way. I was thinking small pieces and the vague “ECM” dreams, which we… didn’t really end up with. Instead we went sort of bonkers with the Simmons and all its many uses and a bunch of shiny stretched elements, synths, delays.

That first day, the way I remember, we got the drone/background that Gigi versioned for “Silver”, everything for “Intoo” except for Jordan’s George Duke moments, the shiny melody collage that Joe and Jeremy played over for “Bell Slide”. The second session was at my house and that was where “3D” and “Total Care Zero” basically happened, which was live with Motion Graphics and very fluid. I remember thinking “Damn this is WORKING!” haha!

Jeremy Hyman: When I arrived to record drums most of the sounds and patterns that carry each track were assembled by Matthew and Andrew. Each track still felt like an environment more than a song that scrolls forward, so we took the approach of improvising along to looping sections with the expectation of drastic editing.

Matthew, Andrew and I talked about drum sounds for a bit and I setup the drumset I thought would work best and played along to the existing song sections looped in headphones. The kit was a bit abstract and difficult to play…It was a 2 sets of hi hats, one right and one left…a Simmons pad for noise almost like a cymbal…and actual cymbal, a tiny snare drum, and another Simmons pad on its side so I could use it as a kick drum. Andrew would adjust the Simmons brain as I played. It added a layer of restraint that a setup I’m used to doesn’t allow for which is really good when there are so many voices involved.

Jordan GCZ: After listening to the material I decided which instruments I felt would be cool sounding, then I made all the technical preparations (synth FX and room mic). After that it’s just a matter of getting into the right mindset before pressing record. It was pretty important for me not to over listen to the stuff Andrew originally sent me.

Gigi: I played some piano chords on “Silver” and some electric guitar loops on “Mint”; both tracks on the B-side. “Silver” already had a nice sound to it – something kind of chain-like – so I decided that some simple piano chords could be the best thing to hang it all together while also not hiding that sound. ‘Mint’ was already a brilliant track so it was not easy to add something. In the end I decided to use a wave of sound from an electric guitar, and it works…

Is 1 pure improv or was there a process of editing afterwards?

Max: It’s not a purely IN-THE-MOMENT proper jazz improv. We would get to a certain place by accident but then we would take good care of what worked…when we did editing it was mostly removing things, not reconfiguring, a lot of muting instead of chopping. I think that really lends it that perfect air, something touched and untouched. Especially when it comes to Jeremy’s drumset playing. And then we knew Gigi and Jordan would tap into similar mindsets for their parts. We would also use building blocks of inspiration too. Jordan laid a bunch of synths down beyond the “Intoo” takes, so we just laid that out solo and did another layer of playing Stateside for “Lift”. “Mint” was a bunch of mutant takes that Gigi sort of became the glue for, with his playing (which still amazes me!)

Matthew: Andrew and I approached this talking about Vladislav, The Four Quarters – wanting to make something cellular like that, but also warmer, less skeptical. We talked about ECM, as a model for a studio concept. We wanted this to be modern, technocratic – but also open hearted.

Max: Yeah we are both Vladislav junkies a little bit! I think a lot of heart shines through this record for sure. It has that “thing” you can’t touch. 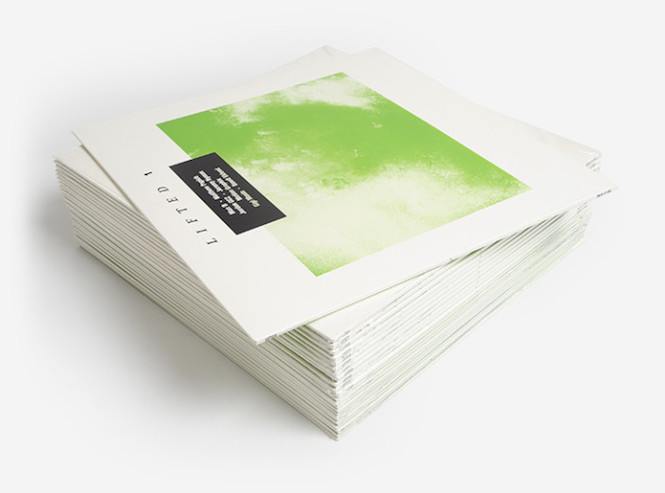 What are your favourite tracks on the album?

Matthew: “Intoo” is the track that I feel the most, the arc is real, the production is reflective and smooth. It’s easy to inhale.

Gigi: I really love the A-side – the first four tracks are perfect. I was really curious about the rest of the album, because the two tracks where I played were so beautiful and balanced, as I said before, improvisations that seemed to be the result of a long process and not the magic of a moment.

Max: I love the whole LP a lot, because when you make music in such a quick sort of unguarded way it can really surprise you over and over again. It’s what I like most about it. But If I had to choose, I’m really in love with “Bell Slide.” I’ve always wanted to be a part of a song like that, a song with legit space and depth to it. Rhodes whispers and shit. I love the beat-not-beat that Jeremy got into so much too. One take overdub!

Jeremy: “Bell Slide” is probably the track I come back to the most. The center of it is a falling synth line that feels nervous and fluid at once and I can hear in everyone’s playing the unease of deal with that as the track moves, but about halfway through the nerves fall away and that hovering fluidity takes over. It’s a really cool thing to hear happen because it wasn’t a planned action, we’re just working through it in realtime.

Finally – what’s next from Lifted?

Max: It really is something we intend to keep completely free and open. So there will be different players I’m sure, different sounds, different everything. We have no concrete plans just yet. The first one taught us about matching players and their tones to what we come up with. We’re gonna probably go deeper and deeper into that zone, putting people’s sounds together with ours as a way to add layers. But, who knows?

Pick up a copy of Lifted 1 from Phonica. 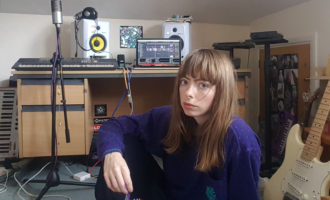