By Gabriela Helfet in Features February 25, 2022

An intimate look at his ‘lost’ album, Kiren, released for the first time via Palto Flats.

Calling Japanese composer, multi-instrumentalist, producer, and sound maestro Yasuaki Shimizu a gifted musician is like calling Michael Jordan an OK basketball player. Whether working with sonic mavericks like Ryuichi Sakamoto, art luminaries like Nam June Paik, or even global behemoths like Honda, Shimizu is the kind of uniquely versatile collaborator who elevates all of the projects he touches into something greater than ‘just’ sound.

Born in Shimada, a city in Japan’s Shizuoka prefecture, Shimizu’s fascination with all things aural began at an early age. Beyond learning instruments, including the saxophone, and becoming enamoured with a vast range of musical genres, he was also captivated by sound recording and wireless transmission. Insects were of particular interest to Shimizu, finding parallels between the noises they make and morse code. Shimizu has cultivated a lifelong awareness of the musicality of everything around him, which has fed into all of his creative output since childhood.

Rather than becoming famous for beeping insect recordings though, it was Shimizu’s saxophone prowess that propelled him into wider recognition across Japan during the ’70s. Solo records soon followed, as well as his Mariah band, and The Saxophonette project. Ever prolific, around the same time, Shimizu also began working as a film and commercial composer, creating scores as well as audio images – the sound identity – for brands such as SEIKO, Honda, and Sharp. From electronics to classical to jazz to field recordings to soundtracks and beyond – regardless of the genre, space, or format Shimizu operates within, his innovativeness remains a constant. 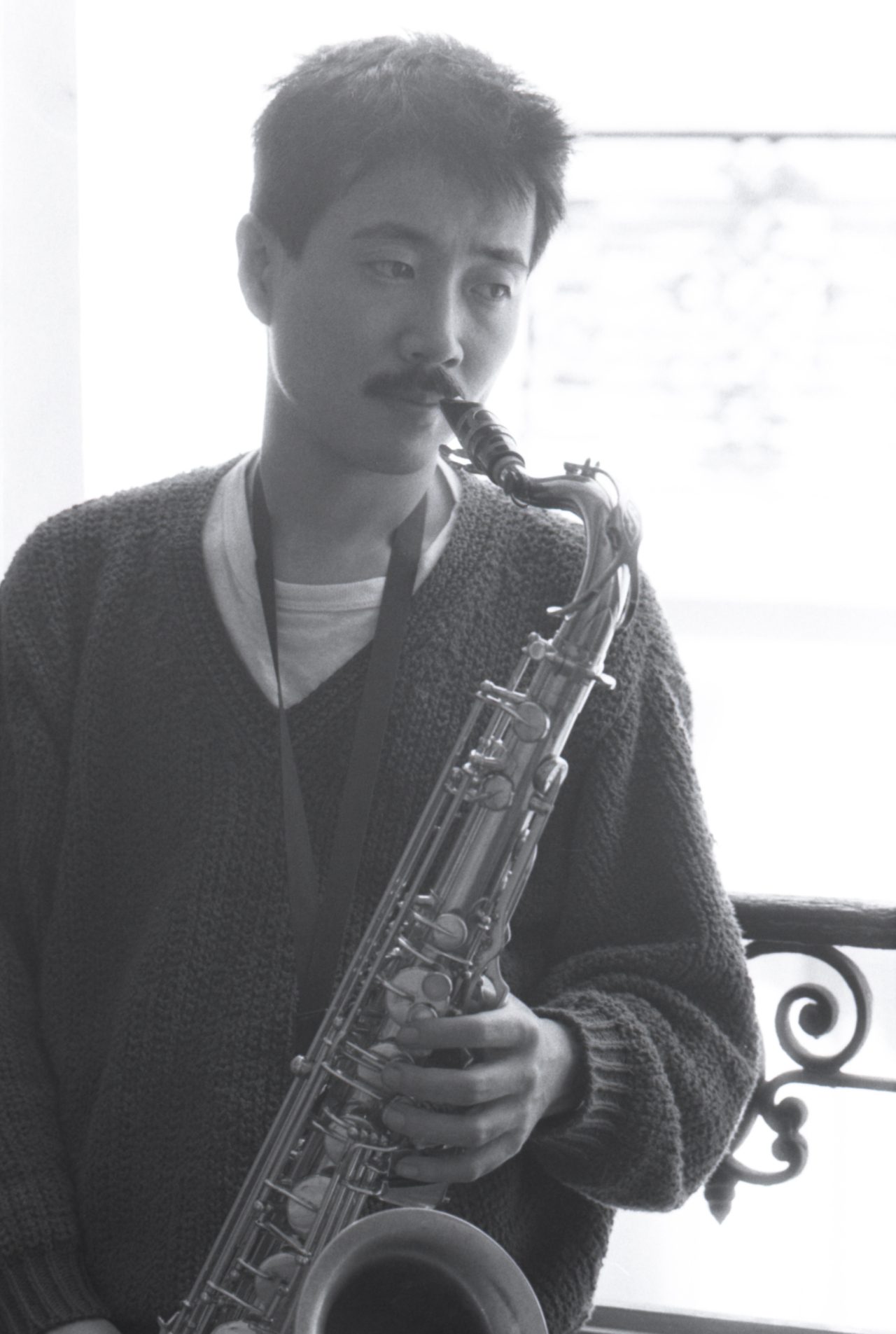 Between 1978 and 1984, Shimizu released 14 solo albums alone, alongside his work leading mesmerising Japanese synth group Mariah, and his soundtrack endeavours. Undoubtedly a period when Shimizu was at his creative zenith, his album Kiren was believed to exist, but never saw the light of day, until its release on Palto Flats in 2022. Thankfully, the album lives up to its expectations – representing a distinct jewel in his bewitchingly experimental artistry.

In this excerpt from the liner notes of Palto Flats’ Kiren vinyl release, author, DJ, and producer Chee Shimizu illuminates how the album came into existence:

“After years of trial and error, Shimizu released the album Kakashi in 1982, and then finished Mariah’s final album Utakata no Hibi in 1983. Immediately after that, he released an album of covers of old American standards, L’Automne À Pékin, and Latin, an album exploring music from Latin America. If we also include Kiren (1984), it means that Shimizu recorded five groundbreaking albums in the span of just three years.

Latin and Kiren were recorded in the same studio at almost the same time, but neither were projects for a record label. Instead, they were born out of a free environment of collaboration that existed between Shimizu and his great collaborator, the late producer Aki Ikuta. Latin itself would not see the light of day until 1991, but both of these albums may be his most energetic works, just before Shimizu further pursued the conviction he displayed on Kakashi and Utakata no Hibi and moved to another stage. What do I mean by “conviction”? Shimizu’s own words might help explain it: “At that time, I could recognize that all of the various scattered elements I had been interested in since I was a child were collecting together inside of me, and becoming a single organic material.” 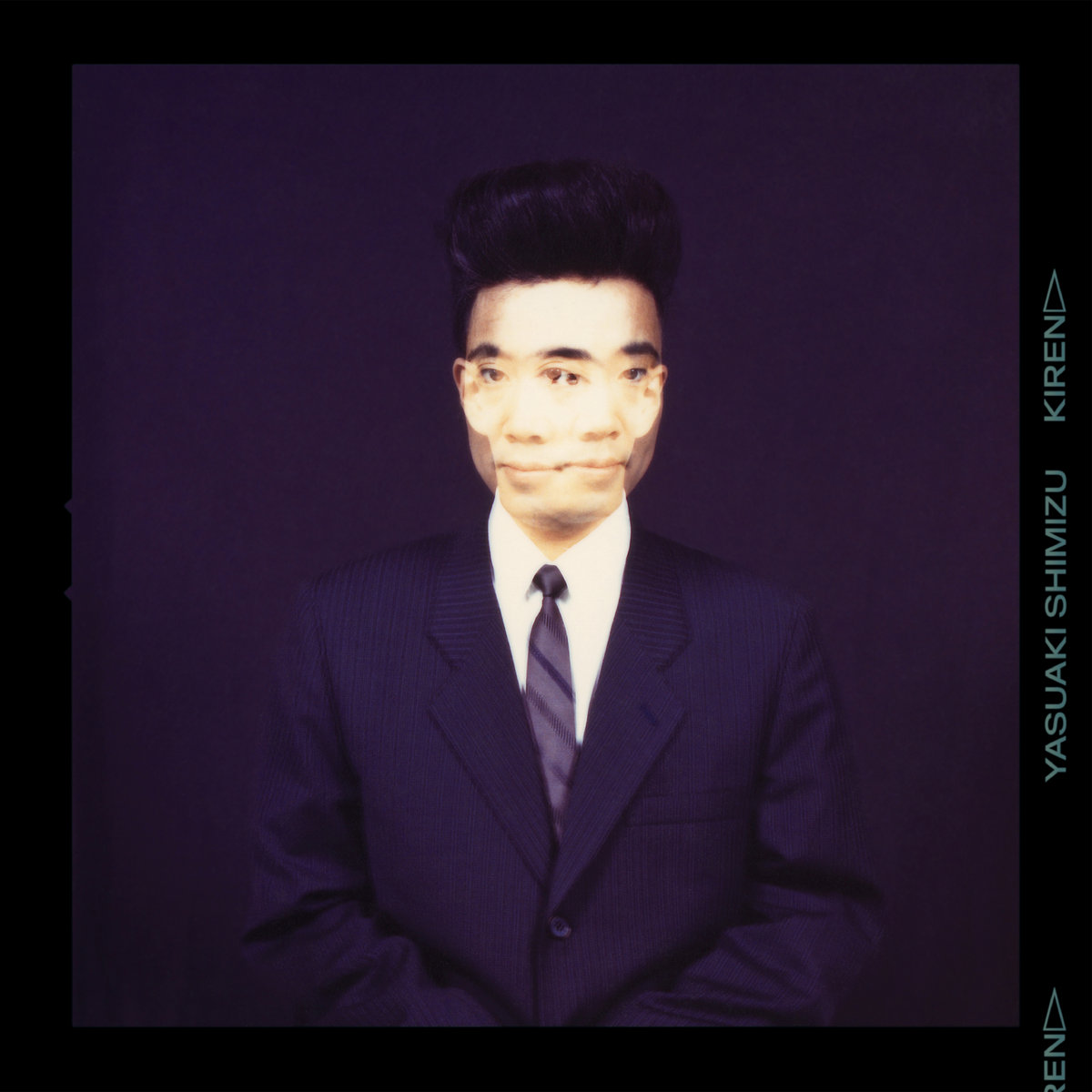 From a young age, Shimizu says that he listened to a wide range of music: jazz, Latin, Hawaiian, chanson, classical, and so on. In Japan, there is a long history of these Western forms being imported and developed on their own, while also being incorporated into popular musical forms like kayōkyoku. Shimizu listened to as many kinds of music as he could, without any predetermined ideas. In addition to Western music, he also went back to older forms of Japanese music, such as matsuri-bayashi (traditional festival music), old folk songs and enka, a more modern (and extremely sentimental) form of Japanese music that builds on these traditions. While listening to this wide range of music, he thought about the cultural meaning of these different styles.

As a child, Shimizu was also interested in the technology of wireless transmission and sound recording; he recorded the sounds of insects, and noticed their similarities to Morse code. In this sense, his curiosity toward music and sound more generally, was developed through a sort of “play.” This early experience, I think, must be connected to his later experimental approach to making music.

Shimizu calls Kiren “the dance inside the image of myself.” What kind of “dance” might this be? Contemporary dance, or a purely imaginary kind of matsuri dancing? At least two songs on Kiren, ‘Ashita’ and ‘Kagerofu’, are driven by primal rhythms taken from no particular ethnic group. On Mariah’s album Utakata no Hibi, the song ‘Soko Kara’ was developed out of a conversation that Shimizu had with guitarist Takayuki Hijikata about the matsuri-bayashi from their hometowns; they took this rhythm and made it into a polyrhythm. For Shimizu, because rhythm is equivalent to dance, it is an extremely important factor for working with music. From the late-’90s on, J.S. Bach’s Violoncello Suites were a major element of Shimizu’s music making; there, too, rhythm plays a major role.

The pentatonic scale—and the relationship between melody and the scales and harmonics that it produces—has become an extremely important theme for Shimizu in recent years, leading up to his 2007 masterpiece Pentatonica. Within the pentatonic scale, each octave range contains five notes—unlike Western music which has seven. Historically, Japanese music has two pentatonic scales in which two notes are removed: the Yona Nuki scale and the Niro Nuki scale. These scales have been used in Japanese folk songs, shōka (Meiji-period songs, often for use in schools), kayōkyoku, and enka, and are deeply connected to the emotions of Japanese people. However, practically identical scales are also used in music from Africa and across Asia. “Utsukushiki Tennen,” from Kakashi, is itself originally a shōka song from the Meiji period that uses the Yona Nuki scale. Kiren itself has many songs that use pentatonic scales, and the Niro Nuki scale imparts an especially important feeling to Shimizu’s music.

To make his albums, Shimizu generally enters the studio with no idea at all about what he will produce. There are various experiments along the way—you could say it is similar to “play.” In the process of making Kiren, Shimizu and Ikuta also tried out various ideas as they came to them.”

This excerpt originally appeared in the liner notes of Yasuaki Shimizu’s Kiren – out on Palto Flats.