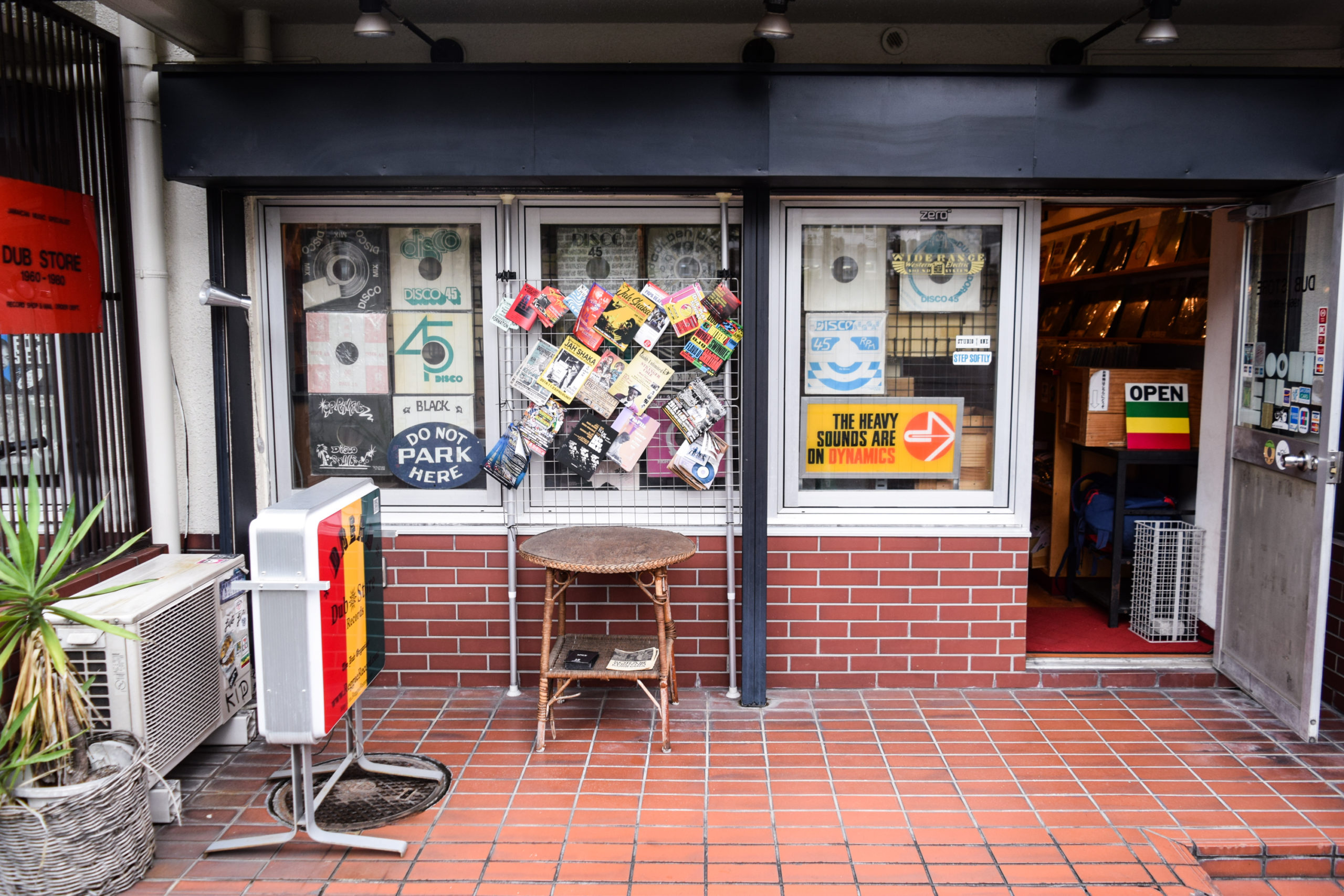 Japan has a serious love affair with reggae. At the forefront of this scene is Dub Store — a spiritual home away from home for the Jamaican export, and one that has steadily become one of the world’s most important reggae distributors. Following the opening of a new shop, we spoke with founder Naoki Ienaga to find out more.

What inspired you to open Dub Store?

I loved music, and travelled to London when I was 18 to dig for Jamaican records there. A couple of years later, I started selling vinyl by mail order to acquire more records. I would travel back-and-forth to Jamaica to dig for records too. I opened Dub Store shortly after, but didn’t take it seriously until I was 30. Around that time, I met Sir Coxsone Clement Dodd, producer of Studio One, and his influence was deeply helpful in the business.

What was the music scene like in Tokyo during the early ’90s?

In the ’90s, the music scene was very big and active. Reggae was especially hot, and dancehall! There were lots of sound systems running in Japan, and classic reggae was particularly big — much like in the rest of the world at that time.

How have things changed since then?

I might be wrong but I think the iPod changed the entire industry. We used to use cassettes before then. As soon as the emergence of the iPod, [even the] big record labels started to go out of business. Then as time went by, music became free like tap water. Technology changes things. And you can’t stop it.

How difficult was it to start importing Jamaican records to Japan?

It wasn’t difficult at all: we just had to go there to get them. And plenty of things that were in Jamaica were available in the UK and US too. What made things easy was email. Fax also helped us a lot. There were a lot of record warehouses, shut down record stores, lots of inventories doing nothing — and we could buy them cheap.

Why do you think there is such love for reggae in Japan?

Japanese people are into all kinds of things. And when someone is a specialist of a certain thing in Japan, they don’t do things by halves. The Japanese reggae scene started in the late ’70s, and then there was a big boom in the late ’80s with dancehall reggae.

Do you have eras or styles you were particularly into?

Yes, I like jazzy, soulful instrumental reggae. I also like deep roots reggae with serious Black conscious lyrics and dubs. Experimental stuff too, and all kinds of rare sought-after ska, rocksteady, reggae and digital stuff always interest me. At the same time, I love all those hit songs — actually hit songs are the best: they’re very powerful.

Where did the decision to press your own records and reissues come from?

Many record companies were going out of business, and the supply [coming in to us] wasn’t good enough. We figured if we could switch from a conventional distribution style to a new approach, such as putting out obscure, sought-after tracks in high quality pressing at a higher price, it might work. And it did!

Tell us about Dub Store distribution — you now ship around the world. How did this come about?

What did you set out to achieve with Dub Store and do you feel like this has happened?

I was in London and my favourite record shop there was Dub Vendor — I used to live just off the road from it in Ladbroke Grove. When I set up my own shop I wanted to take a name from Studio One, so I ended up naming it Dub Store after the dub album Dub Store Special. Everything that was on our ‘to-do list’ from the very beginning, we’ve done — I believe that name just took us from there to where we are now.

What are the rarest records you’ve sold in the shop?

There are so many pricey ones, and the value always changes, so I can’t really say. Usually, the very rare ska and rocksteady records that sell around the $2,500 range are the highest. But Jamaican records in good condition are super rare. The cream of the crop will go for even more in the future.

Do you have any funny stories from 25 years running the shop?

Plenty of funny stories — but many I can’t remember. More than 20 years ago, I took a load of 12” singles from an old record shop basement and brought them to Japan. When I was sorting through them, I found about 40 wraps of cocaine stashed inside one sleeve. Probably, someone had hidden their stash in the record and then forgotten where they’d put it. Of course, I dumped it. 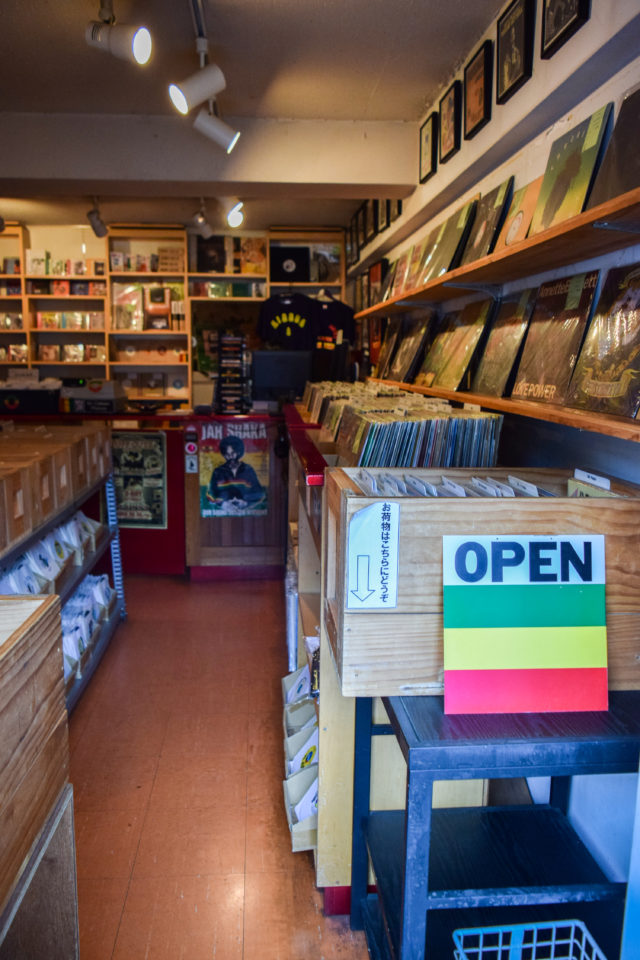 Tell us about the new shop… What is it? Why did you decide to open a new shop?

At my new shop Record City, everything is second-hand items found in Japan. We sell Japanese music: rock, pop, jazz, classical, and dance music mainly, but basically anything we get in Japan. I’ve noticed a declining interest reggae at the moment, and so we were forced to move onto new business — and our answer is this shop. Since the beginning of the year, we’ve had around 20 people working on this division and it’s different and fun. But reggae music will always be in my heart!

How will it relate to the original Dub Store shop?

Dub Store was a big setup: we had four warehouse spaces upstairs from the shop, and two offices and a shipping department next door. We’re using some of that space as facilities for the new business. Apart from that, there is not any relation at all. I want to keep Dub Store as it is: ‘reggae hardcore’, basically!

What does the new shop specialise in?

Record City is specialising in Japanese pressings. There are plenty of Japanese rock pressings that are really sought after internationally. Some seriously rare Japanese jazz; very rare Japanese pop 45s. Luckily, Japanese city pop is very popular internationally now. Of course there’s Japanese rock and hardcore too. We’ll be selling anime stuff as well. I am happy selling products from my country, and I’m proud of the quality and variety on offer. I see in it the true depth of Japanese culture.

It’s good, but for me it will never be as interesting as what I did bringing reggae to Japan: meeting legendary record producers out in Jamaica, buying old records from old men in the countryside and all the rest of it. But sadly there is not enough business in reggae anymore here — so it’s time to move on.