Incidental Rarities: 10 essential library records made for TV and film 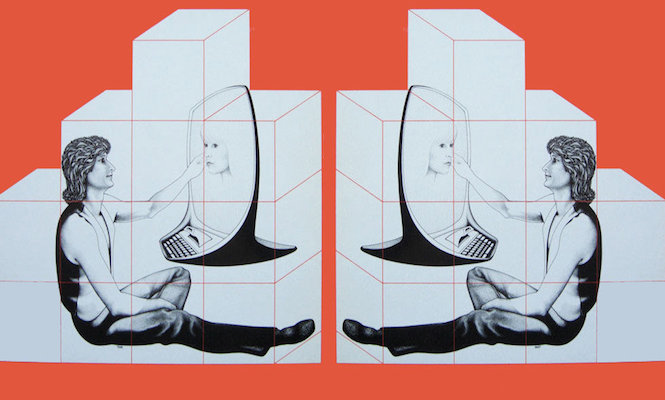 Originally produced exclusively for use by film and TV studios and never commercially released, library records are curious objects. Their rarity, peculiar aesthetics and practically uncharted history make them a goldmine for the collector and sampler alike. The Vinyl Factory’s Chris May delves into the mysterious world of stock music with 10 of the best library records around.

Take an album with track titles such as “Heavy Machinery” and “Duet for Choir and Tunnel,” packaged in a cheap sleeve and recorded in the 1960s or 1970s by an artist most of us have never heard of, and what do you get? If you are lucky, some of most inventive music of its time.

Library music – aka stock or production music – was first recorded in the 1920s for cinemas to use as low-cost accompaniment to silent movies. Its golden age was the 1960s and 1970s, when it provided off-the-shelf incidental music for radio, television, film and advertising.

Stimulated by remixers and samplers, and artists such as Jerry Dammers and Jarvis Cocker, whose 2007 Meltdown Festival at London’s Southbank Centre featured the KPM Allstars, library music’s equivalent to Motown’s Funk Brothers, interest in the genre’s golden-age is at a new peak. The “live” quality of the recordings, which were typically one-take affairs with no overdubs, chimes with a renewed appreciation of analogue culture generally. The music itself was made solely to evoke moods, situations and emotional responses, so doing what music does best. Above all, library music was creative and futuristic. Artists were encouraged to find new and unexpected textures, effects and instrumental combinations – library’s John Baker and Ron Geesin were pioneer British electronic composers. The rarity today of original library albums, which were pressed in small numbers and never on sale in record shops, is an added attraction for collectors.

Thousands of library albums were produced during the 1960s and 1970s and newcomers to the field are presented with a daunting range of choices in mostly uncharted territory. As a rule of thumb, anything originally released on the KPM Music and Music De Wolfe labels is worth checking out.

Here are six masterpieces of the genre, three of which have been relatively-recently reissued, along with four highly-recommended, post-1999 compilations.

Listen to tracks from the 10 records in the playlist below, and scroll down the check out the records individually: A widely-overlooked father of modern ambient music, Basil Kirchin began his career conventionally enough, in the late 1940s, as a drummer in London palais bands. Ten years later, on the rebound from a broken relationship, Kirchin, beat-generation style, took to the road in India and the US. By the early 1960s, back in London, his approach to music had been transformed. Grooves and motor rhythms continued to be important, but were woven into impressionistic, multi-layered – and, later, electronic – scores. Kirchin recorded copiously for Music De Wolfe, and the elegant, wistful Abstractions of the Industrial North – an acoustic album made with modernist jazz musicians including Tubby Hayes (saxophone, flute), Kenny Wheeler (trumpet) and Alan Branscombe (vibraphone) – is among his, and library music’s, most enduring works. John Cage’s influence is to the fore on Ron Geesin’s landmark Electrosound. Recorded two years after Geesin had co-written the title suite of Pink Floyd’s Atom Heart Mother album, the surprise-packed, electro-acoustic music includes tape manipulations of detuned mandolins and banjos, cymbals played with violin bows, and the sound of Geesin shouting into the piano. In a sleeve note that could almost have been written by Cage himself, Geesin said: “I present some tunes, untunes, anti-tunes, delightful and undelightful sounds for all sorts of purposes and state that: The pieces herein displayed may be combined with themselves (as much out of sync as possible) to achieve thicker diffuse atmosphere, and playing things at different speeds would not be wrong!” John Baker was a member of the BBC Radiophonic Workshop from 1963 – 1969. Delia Derbyshire became the Workshop’s most celebrated graduate, but Baker’s breakthroughs in tape manipulation were key to its development. The various strands of his work are collected on this compilation from the 1960s and 1970s, which is subtitled “BBC Radiophonics, Electro Ads, Soundtracks, and Rare Home Recordings”. Tracks range from idents for news programmes, through incidental music for the Dial M for Murder TV series, to the soundbed for a Brylcreem commercial. Missing, presumably for copyright reasons, is any of the music Baker scored for the Beatles’ movie Help! The founder member of 1990s electronic group Add N To (X) was an early collector of post-electronic library music. This engaging 1965 – 1975 compilation trawls the poppier, electronic outreaches of the Chappell, Southern and Pil library archives, with tracks by British and mainland-European artists. A lot of fun, if a little kitsch. Another potpourri of obscure European delights. Subtitled “Jerk, Jazz and Psychobeat de France”, this compilation and its follow-up are compilations of 1960s and 1970s lounge and soul jazz-derived library tracks from the French label Sonimage. Paris-based, Camerounian saxophonist Manu Dibango fronts “Wilderness” on volume one, but most of the tracks are by the composer-bandleaders Claude Vasori and Eddie Warner, little known outside France. John Cameron was a high-profile songwriter and arranger in 1960s British pop. Among much else, he wrote the Cilla Black hit “If I Thought You’d Ever Change Your Mind,” arranged Donovan’s Sunshine Superman and Mellow Yellow albums, and was a member of Alexis Korner’s CCS, whose arrangement of the Led Zeppelin hit “Whole Lotta Love” went on to form the basis of Top of the Pops’ theme music. Jazzrock is one of the best KPM productions of the era: an aggressive, action packed, percussion-heavy album subtitled A Dramatic Suite of Themes, Montage, Sequences and Generics, with track titles such as “49th Street Shakedown” and “Four O’Clock Earthquake.” Afro Rock (KPM, 1973) is just as good. The Syd Dale Orchestra was where easy listening met library during the 1970s. But one person’s cheese is another person’s time capsule. London Life, already anachronistic when it was recorded, is a lush strings-and-brass evocation of “swinging London” as perceived by those who did not inhale during the 1960s. The creator of the romping theme tunes for BBC TV’s Grandstand and Wimbledon Tennis Championships, Keith Mansfield – KPM’s most prolific artist from the mid 1960s through the 1980s – was also a dab hand at raw, edgy rock and funk. Among his admirers is Quentin Tarantino, who included some of his work on the soundtracks for Kill Bill and Grindhouse. Side one of Contempo cooks on a high flame, side two kicks back with dreamier, post-coital grooves.