“There was always the rumour that Aphex had found some sublime electronic monster LP in there. But I never saw him.”

On Friday 27th of January I sent out a simple tweet to my followers:

That morning I’d had a text from Andy, the man in charge of the jazz basement at said vinyl emporium. He’d given me the lowdown – the owner had shut the shop for good the night before, the remaining stock was heading up North to a warehouse where it would be sold on line.

End of an era. Another Soho record shop shut. No laughing matter.

I’d first come across Harold Moore’s shop in 1990, when I’d moved to London, was working in Bloomsbury and was spending my lunchtimes and evenings in Soho digging for records. These were fascinating important times for records…they were out of fashion, but a hardcore bunch of collectors and pioneering explorers were after music that was not in the standard record collector canon of prog, psych, Beatles and folk. Reckless Records had cheapish weekly shipments of funk, soul, jazz and oddness from the USA. Mr. Bongo had just opened and was bringing Latin and Brazilian madness to the table. Soul Jazz had set up selling what you’d expect, there was Dean Street (soundtracks), Ray’s (Jazz), Jam (Sun Ra to Moondog), Daddy Cool (reggae), Cheapo Cheapo (the lucky dip), the Exchange, On The Beat, occasional pop ups and a vibe of excitement as collectors rubbed shoulders and crashed together scenes.

In the middle of it all was Harold Moores, a stuffy classical music shop on Great Marlborough Street with a large vinyl basement full of mythical wideband recordings hitting £300, £400, £1000+. The staff were eccentric, loud, old school and academic when it came to their chosen classical field. The ground floor had a scattering of classical LP in amongst the CDs, but the basement was choc-full of wax, and difficult to understand unless you knew your Repertoire from your Chamber. 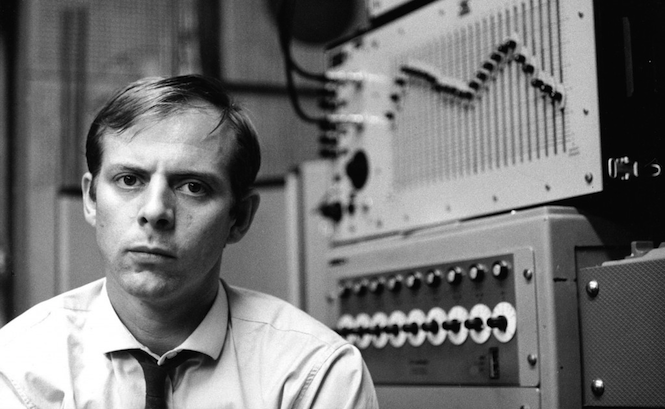 But in amongst the bins of classical music there was some modern heat: dig about in the over filled shelves and on the random as yet unfiled boxes on the floor and avant-garde oddities could be plucked out. Or some free jazz, or exotic show recording. My first brush with Stockhausen was thanks to Moores, my first skirmishes with electronic Satie, Terry Riley and Gavin Bryars were all thanks to Harold Moores. There was always the rumour that Aphex had found some sublime electronic monster LP in there. But I never saw him in there.

Anyway, a man called Harold Moore was actually the owner back then, a charismatic and entrepreneurial Australian. You could always hear him on the phone with his booming voice buying and selling records to international collecting clients or conversing with staff across the long basement or shouting mail orders up and down the stairs. As a result of a long conversation with him once (about religious recordings) he invited me to his lock up on South Bank, just down from the Royal Festival Hall. Jarvis, Martin Green and I jumped in the car, bombed down there and spent an afternoon rummaging through packed shelves and boxes in what can only be described as a strange church of vinyl.

The shop was always worth a visit, 9 times out of ten there would be nothing, but sooner or later an odd collection would appear – Christopher Lee sold his albums into Moores (sadly no horror, just straight classical) – but it was where odd exotics, world music, field recording, bizarre conceptual things would turn up. Trouble was his pricing strategy was harsh, most LPs were well over £10, more likely £35 and the only listening deck in the shop was always occupied with a staff pick or the general vibe that “though shalt not listen to an LP before you buy it here”. 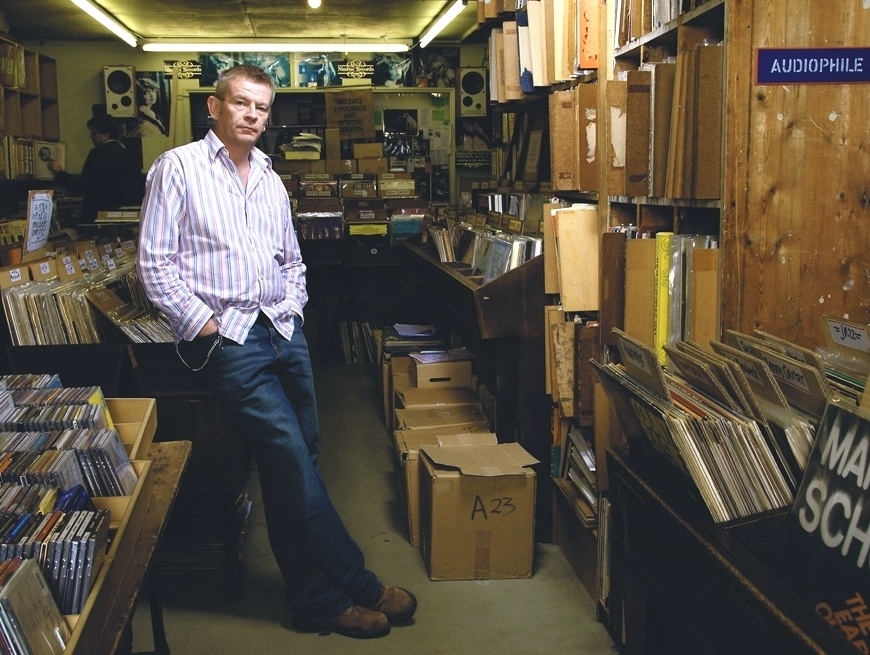 As Soho slowly started to change and rents increased post-2000, record shops slowly started closing. But Moores hung on. Then in 2010 Harold sold up, a lot of the old (and apparently very expensive) staff were given their marching orders and a skip landed outside the shop where 4,000+ LPs that Harold had owned and not sold in years were deposited.

A new style Harold Moores rose from the ashes. There was a brief collaboration with Ray’s Jazz, after which they were actively after jazz for the basement and collections were found. I’d say one of the best jazz hauls I’ve ever seen landed there about four years ago – 8,000 LPs of super high quality – complete runs of LPs by most classy jazz dudes and more besides. And even over the last couple of years I’ve plucked exciting and odd things from their racks: The Modern Jazz Gang debut LP for £5, early songs of Iceland for £5, Russian bird calls for £5, numerous peculiar concrète LPs for less than a tenner and rare spoken word for the price of a cappuccino.

For me, Harold Moore’s has remained an exciting Soho distraction from the more mundane record shops in town. And as for the staff, if you had a classical music question they were both forthcoming and extraordinary. I recently put together a long classical series, it was a Herculean task I could not have even attempted without the charm and help of the Harold Moores staff. The sort of information a human can impart far exceeds any amount of googling you could ever do.

But sadly these days you need more than knowledgeable staff and a classy collection to come in every six months to stay alive and to bring in the punters. You need daily online activity, tweets, a hardcore mailing list, an active electronic profile, a buzzing online shop – and sadly Moores kept all this all to a minimum.

The place was quiet. Often I’d be the only customer in the shop for at least two hours. Yes, I’d be the only person in that Soho record shop for two hours! They should have become THE online destination for classical as well as THE shop for it. They had the head start and they really were THE shop. I believe Harold Moore’s has died because of the usual central London rents and rate hikes (I believe there was an impending 100% increase on the horizon), but also a lack of online investment, presence and power. It’s a classic modern way to die.