Gallery: A visual history of 99 records 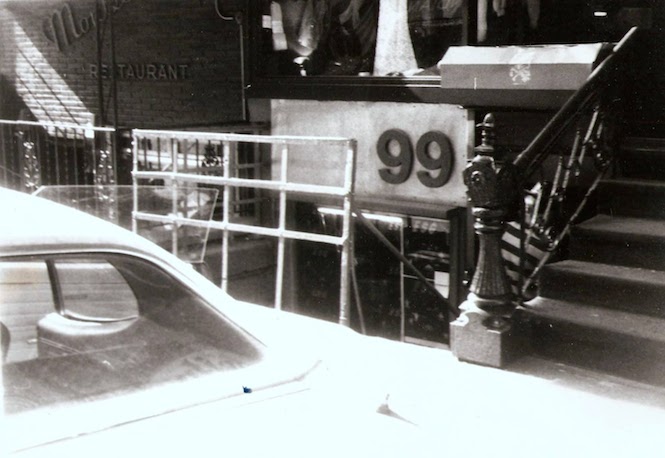 To accompany our feature “Something Like A Phenomenon: The Complete 99 Records Story”, explore the visual history of the near-mythical imprint which for an all too brief moment captured the spirit of early eighties New York after dark. PHOTO: Ian Robb

Downtown Manhattan, 1998. You’re strolling around in the middle of Greenwich Village, just a few blocks south of Washington Square Park, when you take a wrong turn and walk by 99 MacDougal Street. There, directly underneath a rasta-flavoured headshop and an unexciting record store (called Route 66, ironically enough), is the “spot so hot you’ll scream”: a fairly indistinctive bar/restaurant called Cafe Creole. Uhh… big deal, right?

Not so fast, pedestrian. In the late 70s and early ’80s, a very different business occupied this partially below-ground space where Villagers now drink beer and eat jambalaya. The operation was 99 Records, New York’s finest underground record store for many years and a key focal point of the early 80s downtown music scene. Perhaps more important, the 99 MacDougal space served as the base operations for Ed Bahlam’s 99 Records, a short-lived but highly influential independent record label that documented some of the most interesting and original sounds.

Read the story of 99 Records here, and scroll down through our gallery. Bush Tetras “Too Many Creeps” “The evening promises to be a night of pioneer rhythms.” ESG play their first headline gig at Hurrah’s, 1981. Congo Ashanti Roy (or Roy Johnson, as he used to be known). PHOTO: Kishi Yammamoto