Drummer, composer, and multi-instrumentalist Francisco Mora-Catlett has been immersed in creativity since birth. The son of Mexican painter Francisco Mora and African American sculptor Elizabeth Catlet, Francisco thrived in a “progressive arts environment” since childhood. After working as a session musician for Capitol Records in the late ’60s, Francisco left Mexico City with Sun Ra in 1973, touring with him and the Arkestra until 1980.

With an appetite for futurism, Francisco draws on his extensive knowledge of musical history and theory to push his work forward. Inspired by Sun Ra’s forward-thinking ethos, Francisco is able to find connections between jazz and electronics.

A seemingly unlikely pairing, his relationship with Detroit legend Carl Craig was born out of a shared mutual respect and a passion for sharing knowledge. From teaching Carl about jazz history and playing on his 1996 album The Innerzone Orchestra, to Carl lending Francisco synthesizers, the two have remained in constant conversation.

On the heels of the release of Francisco’s first full length electronic album, Electric Worlds – released on Carl’s Planet E label — the pair sit down to discuss their inspirations, Sun Ra, and the fundamental power of music.

How did you meet?

Francisco Mora-Catlett: My daughter Ife was getting really into electronic music when she was a teenager in the mid ’90s, running around all these raves and parties with her pink hair. One day she came home, and started enthusing, ‘techno! techno! it’s the great new thing that’s happening!’ So I said, “Ife, there’s nothing new about electronic music in the African American experience.” Of course, she went off and told her friends: “my daddy says that you guys aren’t doing anything new!”

After that, Carl called me up, asking “Mr. Mora, why did you say that we aren’t doing anything new?” So I started telling him about how the history of African-American people in electronic music goes way back. In the end, he came over to my house, we drank tea, and listened to Sun Ra synthesizer solos. He hadn’t heard it, so I loaned him the record. You still got it?

Carl Craig: I hope so! 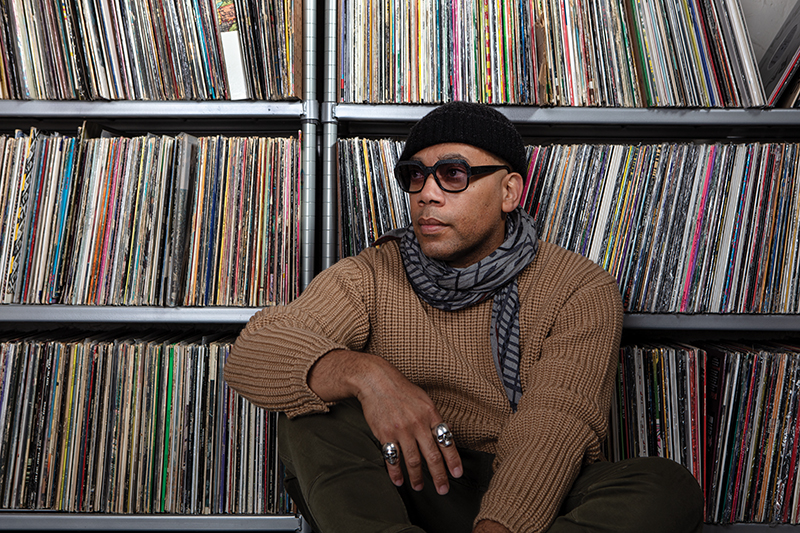 I used to spend hours at your house, learning about drumming, and how African influences and experiences have crossed over into electronic music. Some of my musical storytelling has come from the chief griot, Fransico Mora. You introduced me to a lot of Sun Ra, and it was your guidance that really got me into the world of Electric Miles. You have not only become a treasured friend, but a treasured mentor.

F: It goes both ways: I remember borrowing synths from you. I even broke one! I still owe you for that.

C: You and I have an interesting relationship because when it comes to history and music theory. You’re a great mentor to me, but when it comes to technology, I can offer guidance. It’s a nice conversation that we have back and forth.

I still remember how we used to do stuff just to fuck with people! Sun Ra would always do a space chord, so when we were doing the Innerzone Orchestra together I said we have to do one as well. A space chord can definitely blow the mind.

F: It’s exciting for me to share the things that come into my life, as well as the experiences and things I have lived through with the jazz greats — especially Sun Ra. 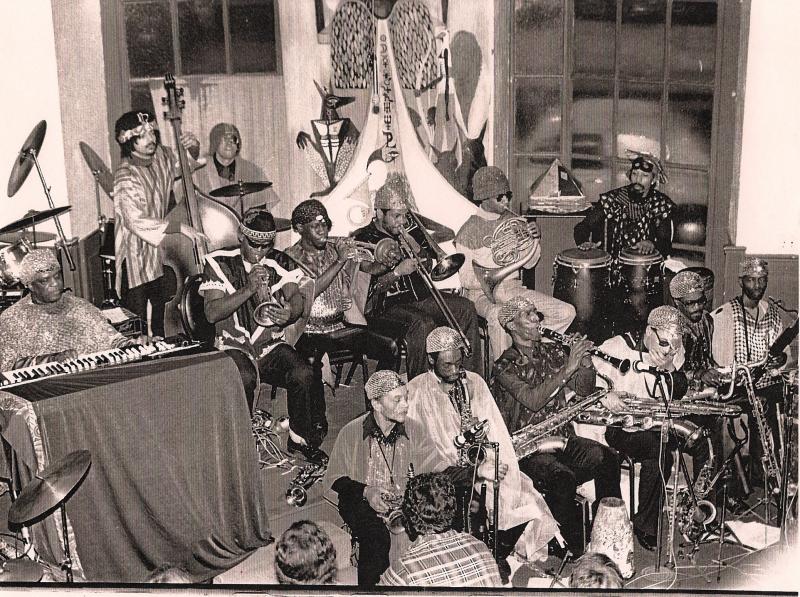 C: Well, since you’d been part of the Arkestra you have some very rare Sun Ra records. I still pull them out from time to time for inspiration and reference. The Sun Ra stuff – Disco 3000 and of course Space Is The Place – are all hugely important to me. Francisco really knows the history behind music.

One of the great things about jazz is the stories and mythologies surrounding it that touch on every aspect of society and culture. I try to share this history with people in the electronic music world.

F: With Sun Ra, it was a true realisation of the possibilities and the boundaries of electronic music. He showed me how electronics could take music somewhere magical. When he was playing electric piano in 1952, everyone said ‘you’re crazy, nobody will play electric piano in jazz’. He was using a Moog synthesizer specially made by Rob Moog in 1958, and again he was told that synths had no place in jazz. But he saw the future. 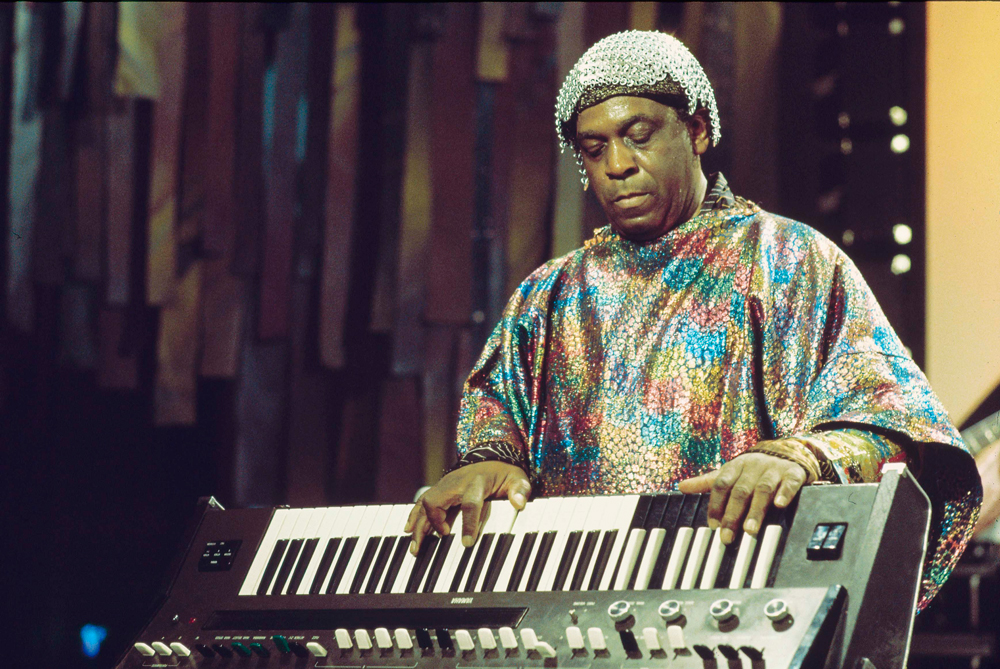 C: That’s clearly rubbed off on you. One of your great talents is the ability to walk the line between tradition and innovation. I remember when you were first discovering d’n’b while we were touring, getting into all that Goldie and Grooverider stuff. Not only keeping an eye on what’s happening now, but looking at the possibilities for the future. You weren’t going to be left behind in the dust!

F: My album, Electric Worlds, channels this feeling. It’s about the potential of electronic music. When Sun Ra says ‘the space is the place’, he means it. Electric Worlds is an open invitation into open space. It’s almost a dedication to Sun Ra’s world.

Electric Worlds gave me an opportunity to strive towards a universal consciousness, an awareness of where we are, where we live. We are in space, and yet people aren’t really aware of that. Because of the pandemic, people just look out for each other instead of coming together. People don’t understand that everything we do is influential, not only to the people around us, but to the universe.

It was crucial for the success of the music to have your input. Carl is a specialist. Going to him seeking mentorship was important and necessary. 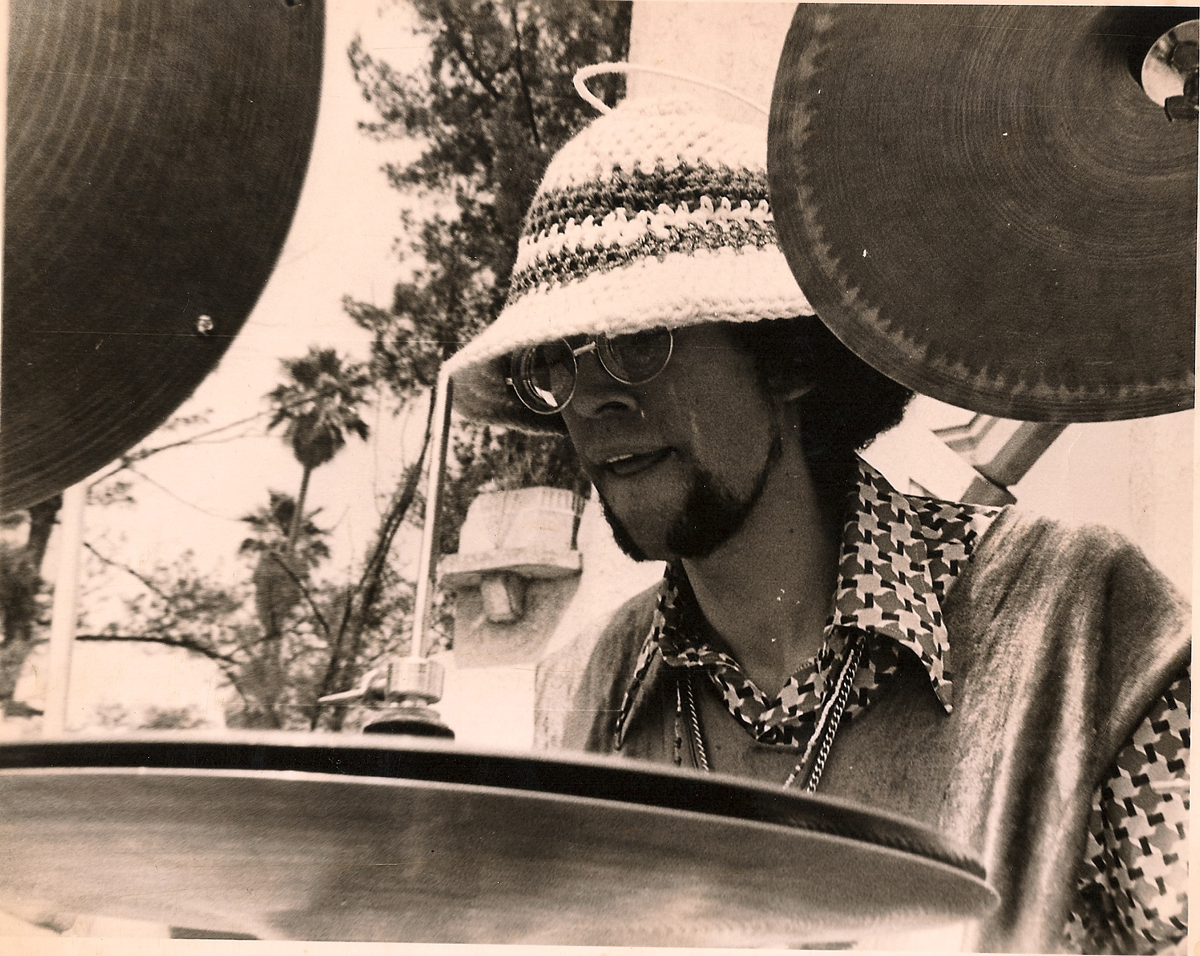 C: Well, that’s the nature of our cyclical friendship — we get to help each other. When you’d send me music to listen to, I’d give some little nudges in whatever direction I felt was necessary. But after a while, I became less involved in that process, and instead had the privileged position of simply being a listener and a fan.

F: Making electronic music is lonely work. You don’t have a band, so you have to pull things together out of nothingness – sculpt sounds out of space. But, it’s part of my heritage. My mother sculpted by herself; my father painted by himself. I can relate to that discipline. And, just as they criticised each other’s work, I had Carl to listen, and to give me pointers.

What I’m really trying to do is develop my own voice. Ever since African American people came to this continent, two things have been important to us: survive, and become free. Now it’s about being free. Once a musician – or any artist – has got his tools together, his language together, he has a way to express his identity: to become free. That’s the power of music.

Electric Worlds is out now on Planet E.