What decisions have to be made when reissue labels package regional scenes into neat compilations? And what problems emerge in doing so? Nick Thompson spoke to Mr Bongo as they got to grips with the previously unexplored music of West African Burkina Faso.

“Burkina is much less known for myself and for other people, so this was more of a journey,” admits Dave “Mr Bongo” Buttle, who along with Florent Mazzoleni has helmed a new compilation exploring the music of the land-locked nation tucked between Mali, Niger, Ivory Coast and Ghana.

Burkina Faso is a former French colony with an intriguing history and musical tradition, typified by a political and musical entanglement unlike any other: the pan-Africanist, Marxist revolutionary and former president Thomas Sankara used to play in a jazz band with his political usurper, Blaise Compaoré.

Before Sankara stole power in a popular uprising in 1983, the nation he would rename from Upper Volta to Burkina (which translates to ‘Land of Upright Men’), experienced an explosion of musical productivity and innovation, a golden-era that would soundtrack the political and cultural revolution that took place after independence in 1960.

As a nation comprised of sixty-odd ethnic groups and as many languages, Burkina has resisted the influx of popular music from America, Europe and more dominant African markets, with folk music styles still popular among the Burkinabe.

Balafon bands utilising an elaborate, percussive idiophone dating back to the 12th century like Farafina have been popular since the ’70s, as has Mossi music which originated from Ougadougou and reached a wider audience via groups and singers like by Koudbi Koala’s Saaba, and latterly Amadou Balaké. Djembe drums, comprised of a single piece of wood, are also commonplace in Burkina’s musical tradition, which shares many characteristics with neighbouring Mali.

It’s in Mali that Mr Bongo recently launched a new series of compilations loosely termed around the concept of locating a country’s “original sound”. Unlike Mali however, Burkina Faso’s musical history has received little international attention. So how does a compilation like that come together?

“One consideration was obviously to try and cover the best periods of Burkina Faso music, the best artists, the most influential, and also have music that people would react to, would connect with,” explains Buttle.

Another key consideration is sound quality. “We were a little bit hampered by that,” Buttle says. “The quality of the music had to be consistently high, because obviously if you had one that was a poor sound quality it wouldn’t work with the rest of it.” 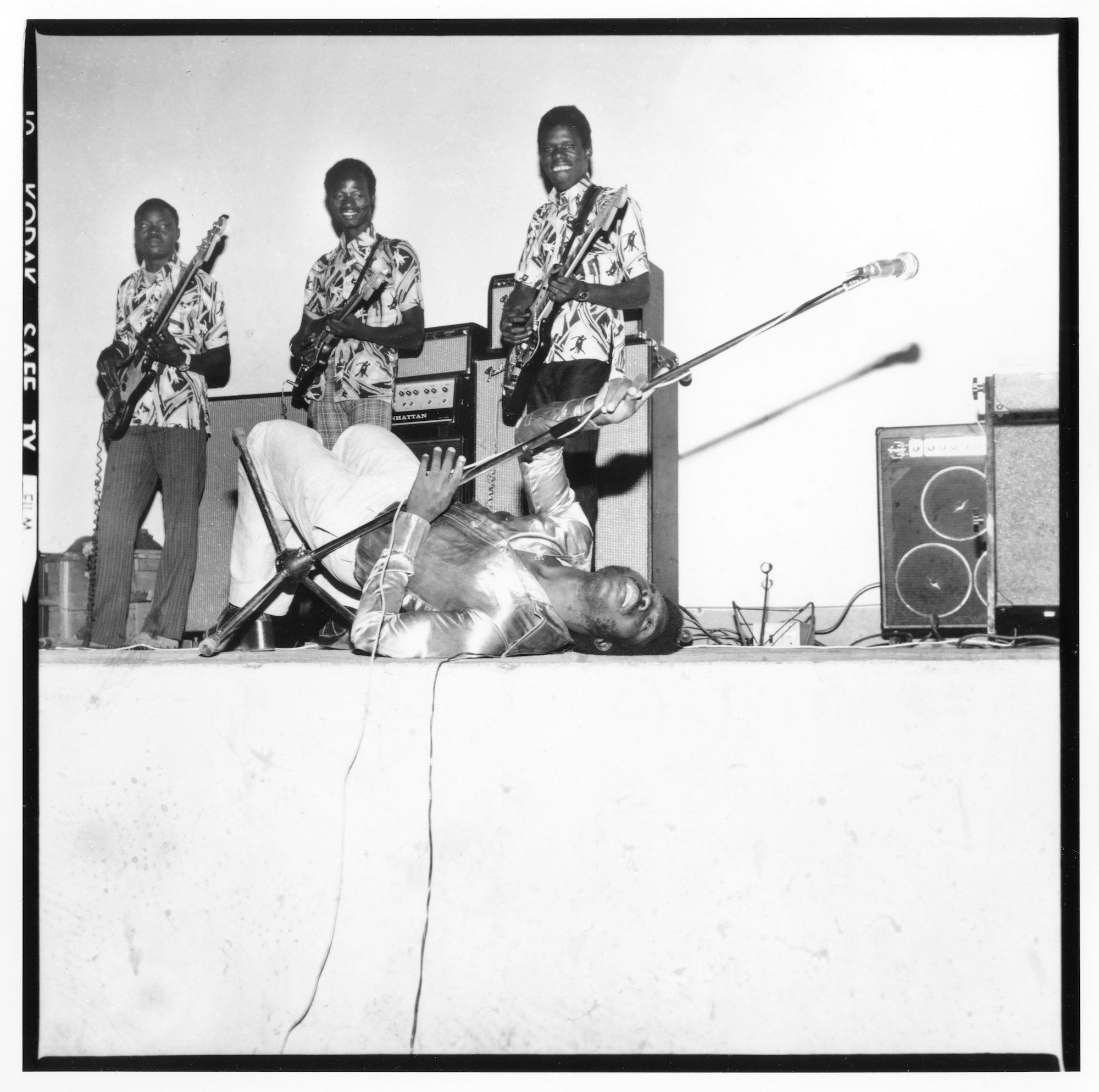 The “best” period of Burkina music Buttle refers to are the decades immediately following independence from French colonial rule. Those years up to and including the early period of Sankara’s premiership were especially vibrant for musical and cultural expression and witnessed the emergence of Burkinabe sonic driving forces Abdoulaye Cisse, Volta Jazz and Amadou Balaké, with particularly strong records emerging from the nation’s second city, Bobo-Dioulasso.

However, while Sankara placed a near obsessive importance on cultural output, seeing music, performance and dance as the main methods of transmitting meaning and messages in a largely illiterate society, the curfews he imposed on the nation killed Burkina’s music scene. As a result, Burkina’s golden era went largely unnoticed by the rest of the world. 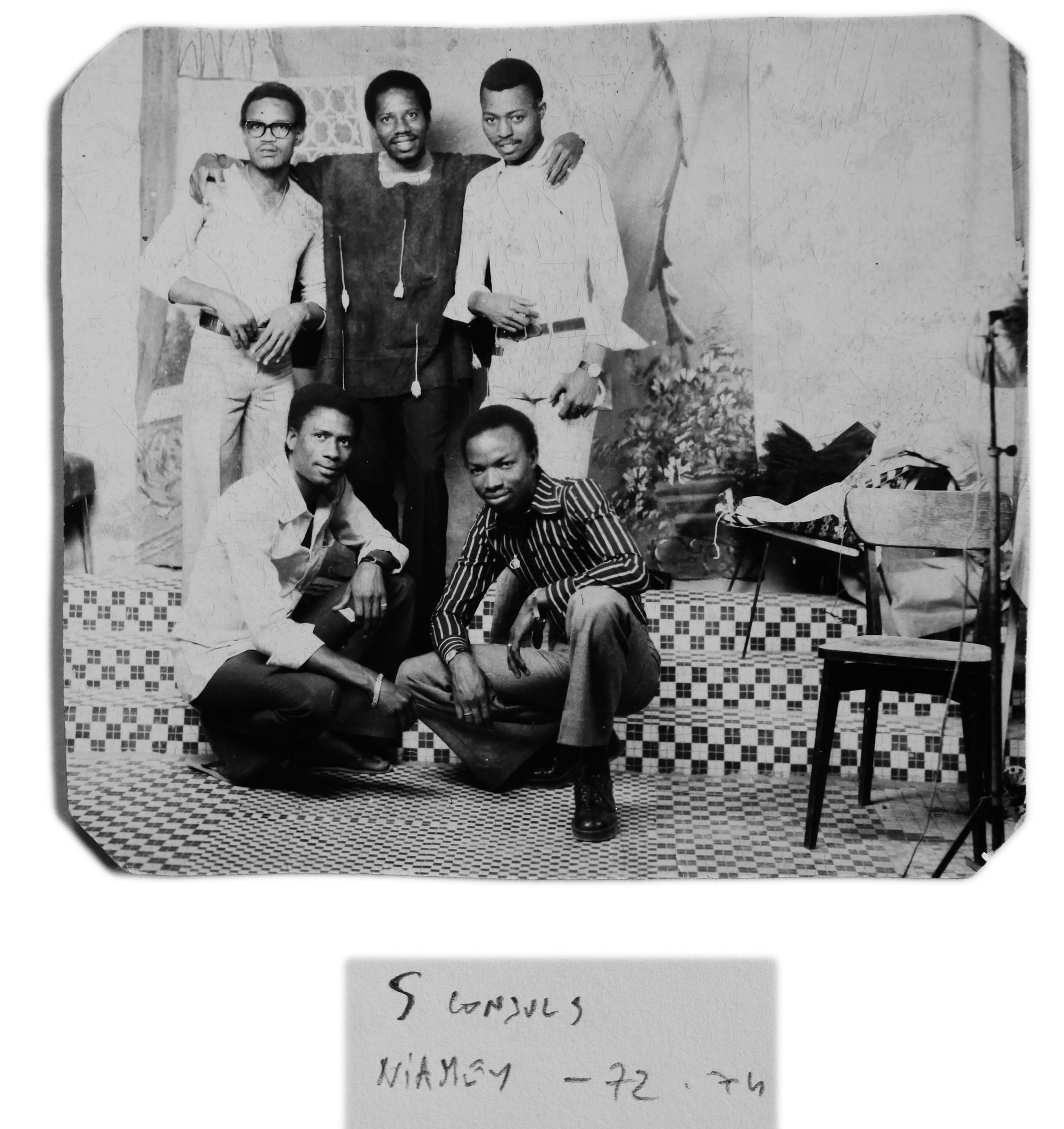 “For Burkina Faso, no one really knows anything about this country,” says Florent Mazzoleni, who has written numerous books on music in Francophone African regions, helped research and compile records for Mr Bongo and has produced his own, among other things. “Our aim is try to gather together all these musicians and to help people discover about the life of Tidiane Coulibaly, or Volta Jazz, or Abdoulaye Cissé.

“To me some of these of songs are so amazing that they need to be heard. And thanks to Mr Bongo we can do this, because in the Burkina volume, I think there’s everything: there’s some Latin music, some mandingo music, some punk. It covers a wide range of styles and influences.”

In that sense, both the Mali and Burkina compilations are described by Dave as “an introduction”, with the label choosing to include tracks that have more of a dancefloor flavour.

“Who’s going to buy a double vinyl? More likely a DJ-oriented person will buy that. So you’re making a vinyl more towards that market. But obviously you’re having to leave stuff out, and there’s times I’ve had to leave tracks out and had a lot of complaints,” Dave adds. 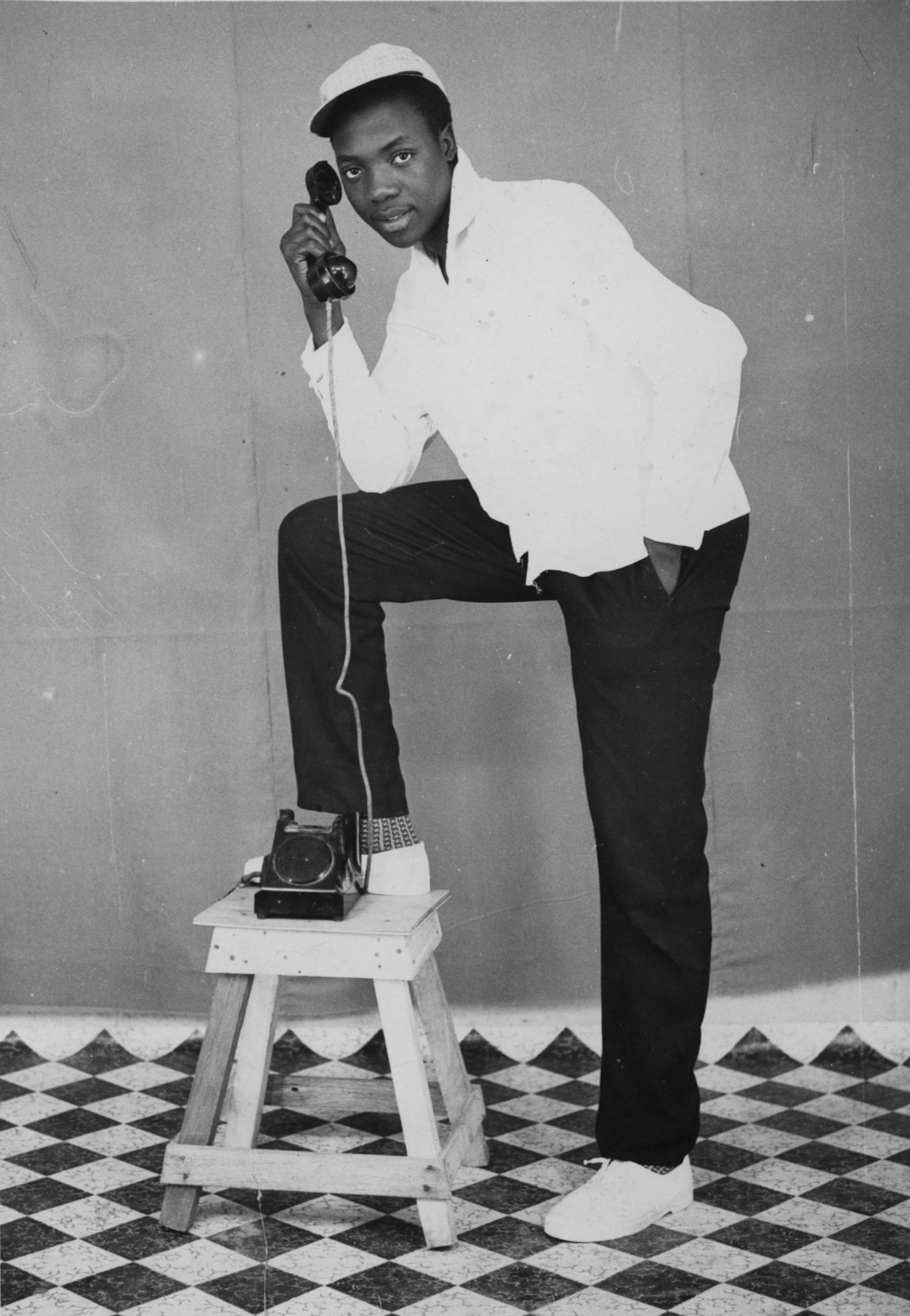 Sound quality, musical representation and dancefloor appeal aside, some of the music included still comes down to chance personal experience.

“‘Whiskey et Soda’ by ‎Amadou Balaké is interesting because Florent wasn’t aware of it,” says Dave. “I used to go to this club called the Sol Y Sombra in the early ’80s, a guy called Dave Hucker was a DJ there, and he used to play it, and I loved it! In those days you took years to even find what the name of the record was, even to find the record, so I managed to get it, and it was on one of my favourites.

“It’s just nice the way it fell into place that we could put that track on there, it’s a real groove, what they call chiranga, with the violin on there, kind of a salsa-chiranga track.”

“In the Burkina Faso volume, there is this song called ‘Jeunesse Wilila’ by Abdoulaye Cissé, and basically it tells the story of how the youth have to build up their own country,” Florent explains. “To start all over again, to create the new Burkina, and that’s what happened when Thomas Sankara came to power in ’83.” 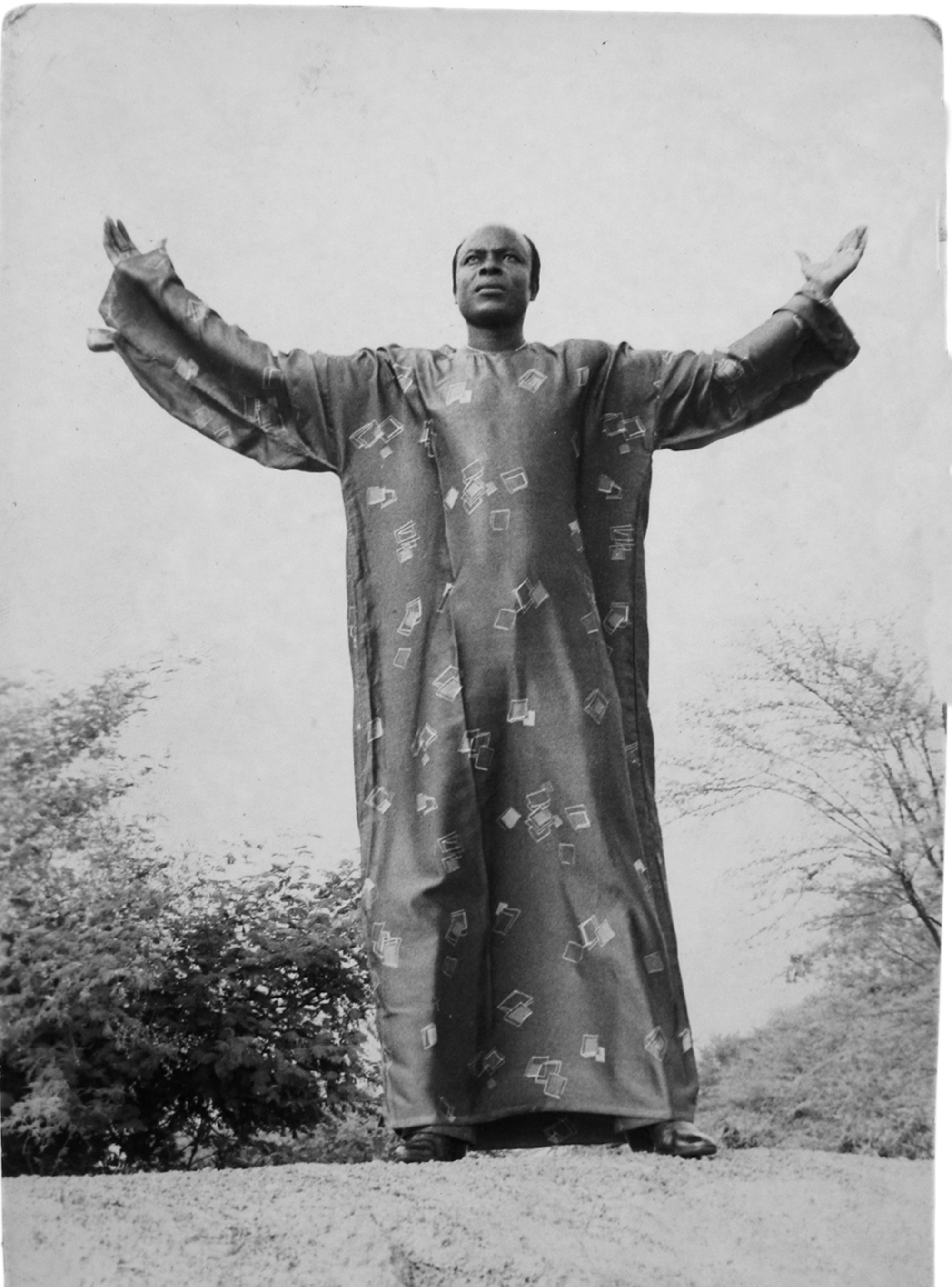 Florent’s favourite on the whole compilation is the Pierre Sandwidi and Super Volta tune ‘Yamb Ney Capitale’, “a terrific track with political overtones as well… It tells of how the new political elites basically stole the power from the people and that was what made Pierre Sandwidi a great artist.”

However, the most rewarding part of the process of making compilations like this, Florent says, is ensuring credit where credit’s due, even decades after the fact. “Pierre Sandwidi knew someday that people would recognise his talent and his musical abilities overseas,” Florent explains. “At the time he wasn’t heard outside of Burkina Faso, but now it’s time for him to be heard across the world.”