An excerpt from Chuz Martínez’ essay, Codes Of Life, taken from continuum.

To celebrate the opening of the immersive RYOJI IKEDA exhibition at 180 Studios, a new edition of continuum monograph has been published to coincide with the show.

In this selection from art historian Chuz Martínez’ essay, Codes Of Life: Some reflections on the work of Ryoji Ikeda, she explores the importance of scale in his work, from the macroscopic to the microscopic, the cosmic considerations he incorporates into his practise, and the ebb and flow of rhythm.

“The recent philosophical and artistic interest in nature and science does not reflect a new trend, but the need to expand our public space. Rather than taking place through the institutionalized presence of art and culture in the public space, this expansion is happening through a transformation of what we imagine is possible and developing proposals to invent fresh ground for the future. Today the word “nature” embodies a complete revolution in the way we relate to the organic and non-organic, in the way we understand gender, generative power and life.

It would be wrong to think of science or nature as “subject”. We could be as radical as to say that talking about “nature” today is to talk about “art”: art without the burden of institutional life, without the ideological twists of cultural politics; art as a practice that belongs to—and should belong to—artists, but that needs to socialize with all those who care about life. In other words, to talk about “nature” is to replace the historical notion of the avant-garde with a mission for art that is not determined by form and the invention of new gestures, but by an investigation of the codes of life.

The work of Ryoji Ikeda happens in media; he uses technology to create codes that create an environment, but there is no contradiction in stating that his major concern lies in an understanding of nature, of the universe, of the scale of life. The works he has developed over years can be seen as a whole, as one major research on cosmic apprehension, on the difficult relations between the forces, the systems and the organism that coexist in the realm of what we call life. 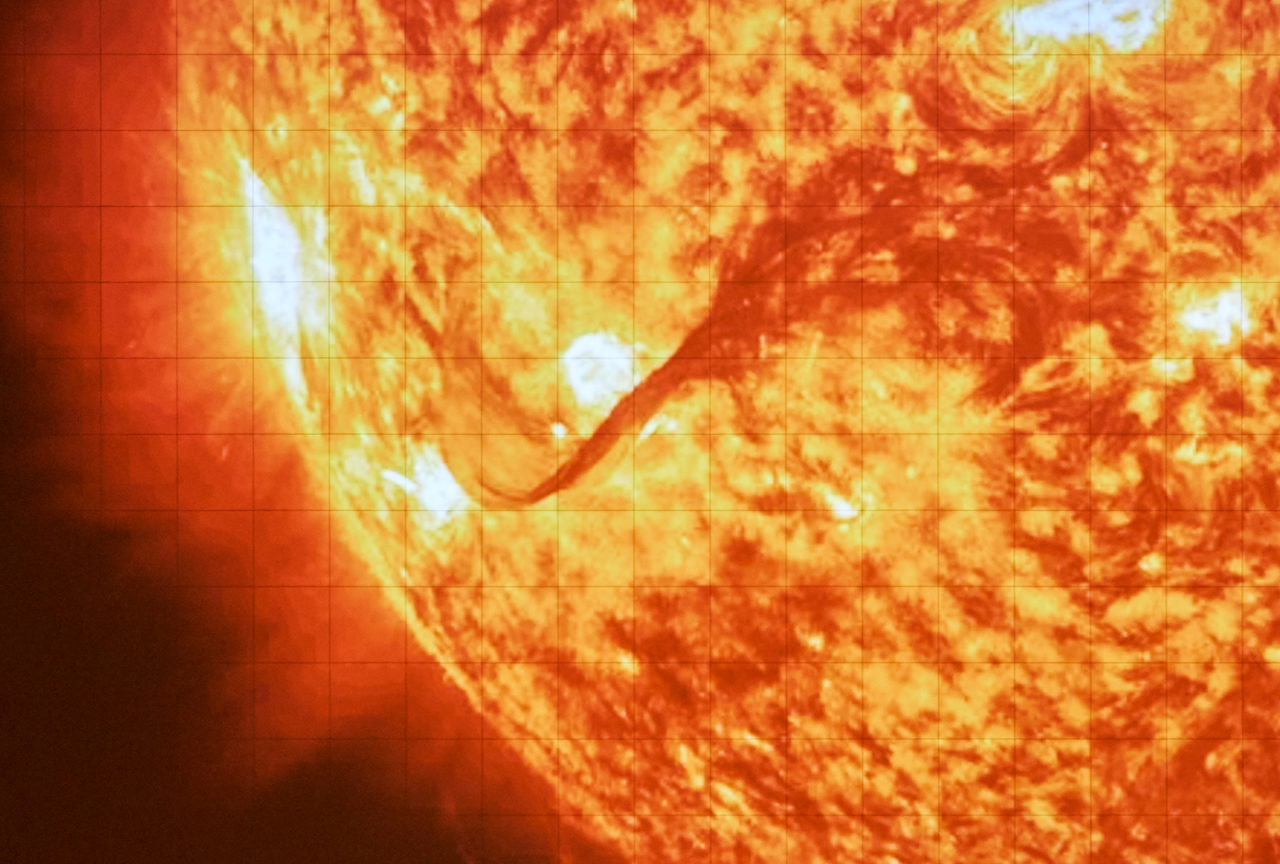 Ryoji Ikeda is interested in investigating what happens when human exceptionalism becomes unthinkable. His goal in using technology as a medium to create immersive environments is to provide an idea of nature that refuses any representation of the natural, forcing us to include new forms of sensing, from a non-human-centred perspective, in our understanding. Biological sciences are all about the possibility of describing life from the point of view of all the mortal inhabitants of Earth, and the head of this quest is, of course, the Human, the species that perceives and speaks about all other living beings.

Biologists, therefore, could be described as atlas makers: they aspire to reveal the truth of nature as a reality accessible by observation, converging the eyes of the body and the mind. And ever since the emergence of information art and later, media art, those favouring the computer, in their way of leaving biology behind, have suffered, silently accused of abandonment: of life, of the epistemic virtues of observation, of pain, of the virtues of revealing a reality accessible through the efforts of artists and naturalists.

Art must school itself to concentrate in nature as an organic reality: this lies at the core of the separation between art and media art, and means considering any departure from the human mind and body an incredible danger to empathy and the possibility of a true moral life. But what if we are not smart enough to know how smart animals are, how intelligent the universe is or how complex is the thinking encapsulated in the oceans and the seas? What if all the eyes we have invented to observe the abysses above and below us are not capable of discerning a complexity that is far bigger than any image or description?

Here is where we could then introduce the notion of “big data”, and yet this notion is only a euphemism, implying that now technology and not the Human is the “genius of observation”. However, it would be wrong to think that an enquiry into the nature of scale means that in Ikeda’s work technology is conceived as a tool, a device that expands human senses and is therefore capable of rendering more, giving more. Definitely, software and technology are capable of synthesizing information far beyond the imaginable, but the work is not after more, but after a sensorial comprehension of an intelligence that is not only expressed mathematically. 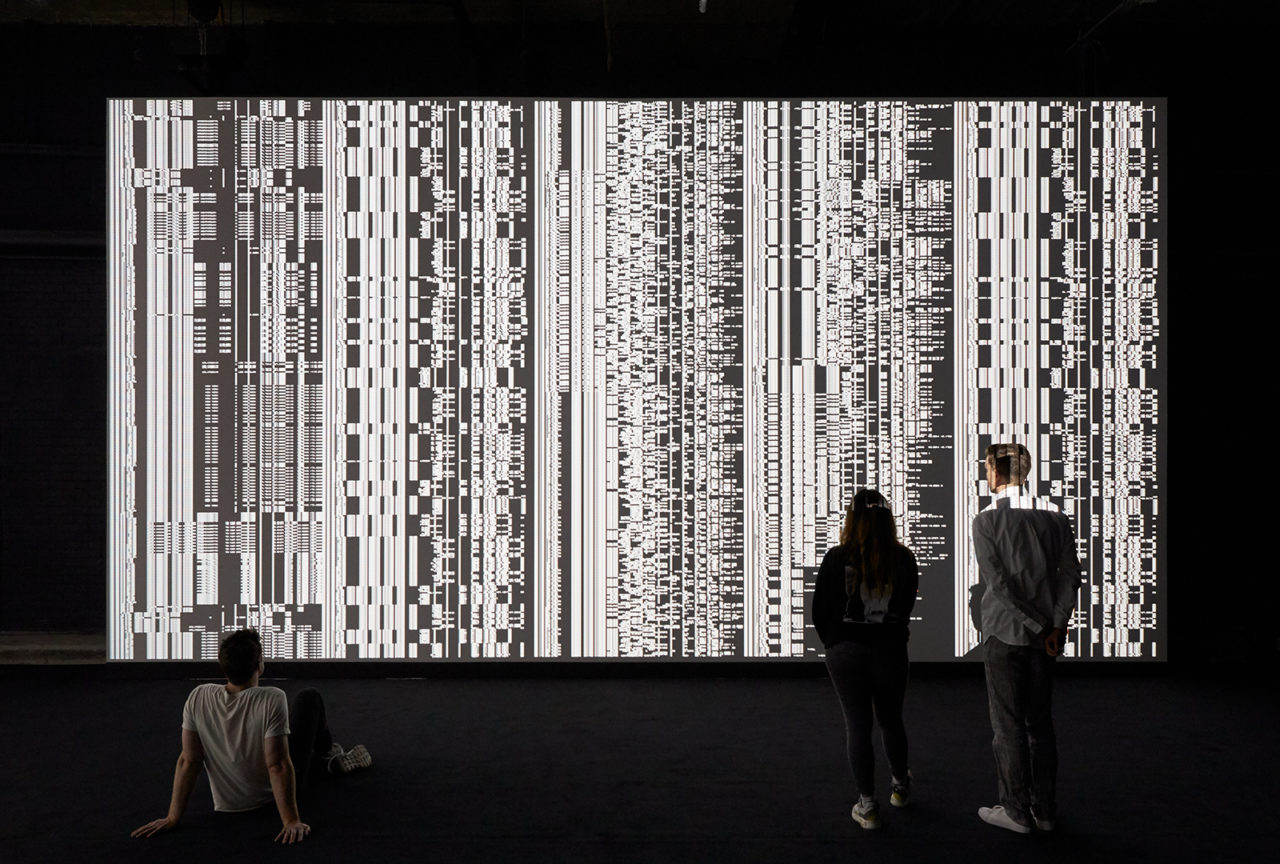 An atmospheric image of thought

If in his work Ryoji Ikeda was only interested in providing us with a metaphor of the universe’s bigness, of the depths of the realities hidden in the seas, and how the human is relative to these infinities, then his use of music and light would appear as ornament to his theatrical representation of the cosmos. Certainly, the work has theatrical elements, but they are there to convey a state of mind oriented towards designing specific conditions for a new philosophy, a speculative scenario offering a glimpse on the social, embodied in his work by the viewers, by the frequencies of the invisible electromagnetic spectrums, the atmosphere, the oceans.

His work is obsessed with a thought: we seem to believe that everything is marked, that a human imprint is present in all dimensions of the natural world, and yet this is just a mere projection of our ongoing exponential imagination of our biological dimension. Ikeda’s works use technology not to replicate this dream: but to repeatedly expose us to the need to distinguish the techno-cultural nets with which we continuously encircle planet Earth from a much more complex understanding of the cosmos. We are enveloped in networks where one species — us — is constantly observing and watching itself. Abandoning this habit has radical philosophical and sensorial consequences, which would affect the way we conceive technology’s use.

But how? If there is a common denominator in all Ikeda’s works it is the insistence on the “pedagogical” function of providing a continuous coexistence between the atomic and subatomic dimensions in order to enable a relief from the malaise of self-surveillance, from a sense of pride and accomplishment that too soon turns into a self-destructive drive. Music, but more particularly rhythm, plays an epistemological role. Rhythm is crucial to the work as a counterpoint to biology. Rhythm stands for development, a substance that allows the study of life and living processes without biology. Rhythm allows us to see the many patterns in the work, not as a result of media design, but as way to help us take time, and its incredible dimensions and complexities, into this whole experience of abandoning self-absorption.”

Ryoji Ikeda’s continuum is out now.