By Gabriela Helfet in Features October 30, 2018

Following the release of African Acid Is The Future’s Ambiance I, and ahead of Ambiance II, AAITF’s Maryisonacid shares her experiences hunting for records in Cuba – from the iconic Seriosha’s shop to finds off the beaten trail.

“I had the most emotional and intense bond while discovering this city.

Digging is always something I try to do as spontaneously as possible, and there is nothing better than to do it in this way while visiting a place like La Havana.

I am not an obsessive collector. It isn’t my drive in life, and it can be a crazy expense. So to be honest I buy what I enjoy the most, and try to develop some harmony in my record collection, but that’s about it.

Everyone and everywhere listed Seriosha as THE place you should go to, and it’s worth the visit indeed.

It took us, Dauwd and myself, three times to be able to actually get in though because of confusion and changes with opening times.

We had just released our first record, Ambiance I, on the day we finally made it there, but Dauwd and I didn’t have any fast internet access in Cuba. 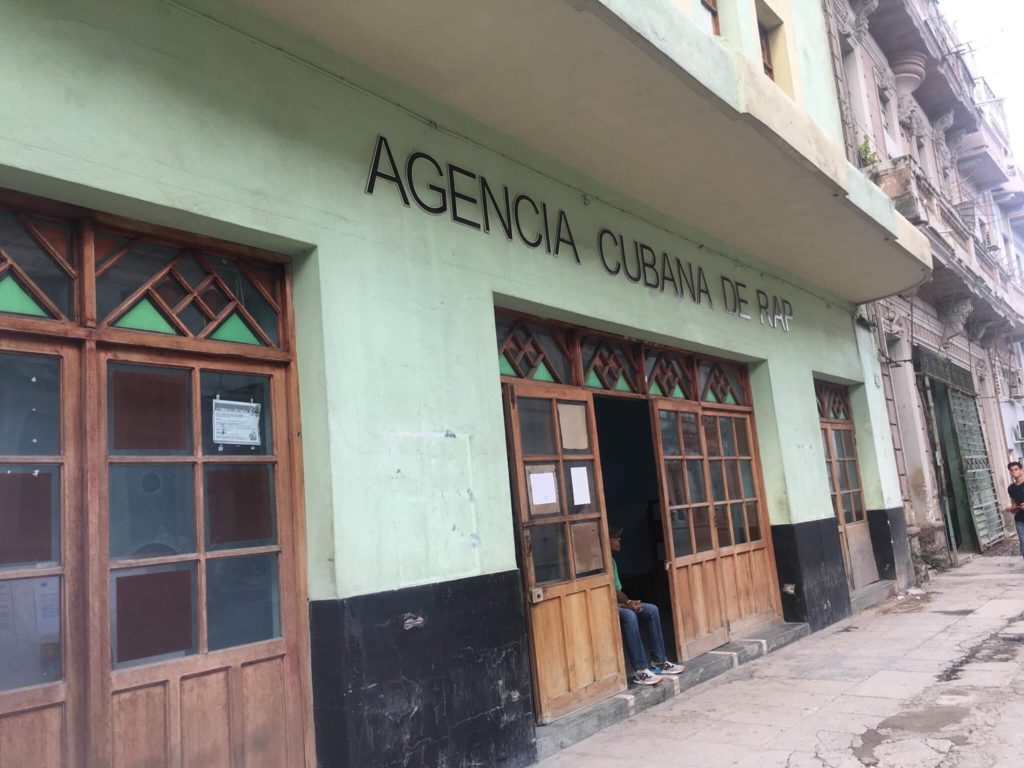 Walking through Neptuno, a vibrant street in Havana where Seriosha’s is located, it felt great to be cut off for a bit, to not focus on feedback and comments straight away, to go find some music that will probably inspire upcoming works.

The man behind Seriosha is both discrete and available, which are qualities I really appreciate while being at a record store.

I went through the first box and found a record that’s part of a series I’d already been collecting called Antologia De La Musica Cubana.

I discovered the first two releases in the series in a tiny record shop close to my place in Berlin, and I have been playing them out a lot, but also listen to them at home. 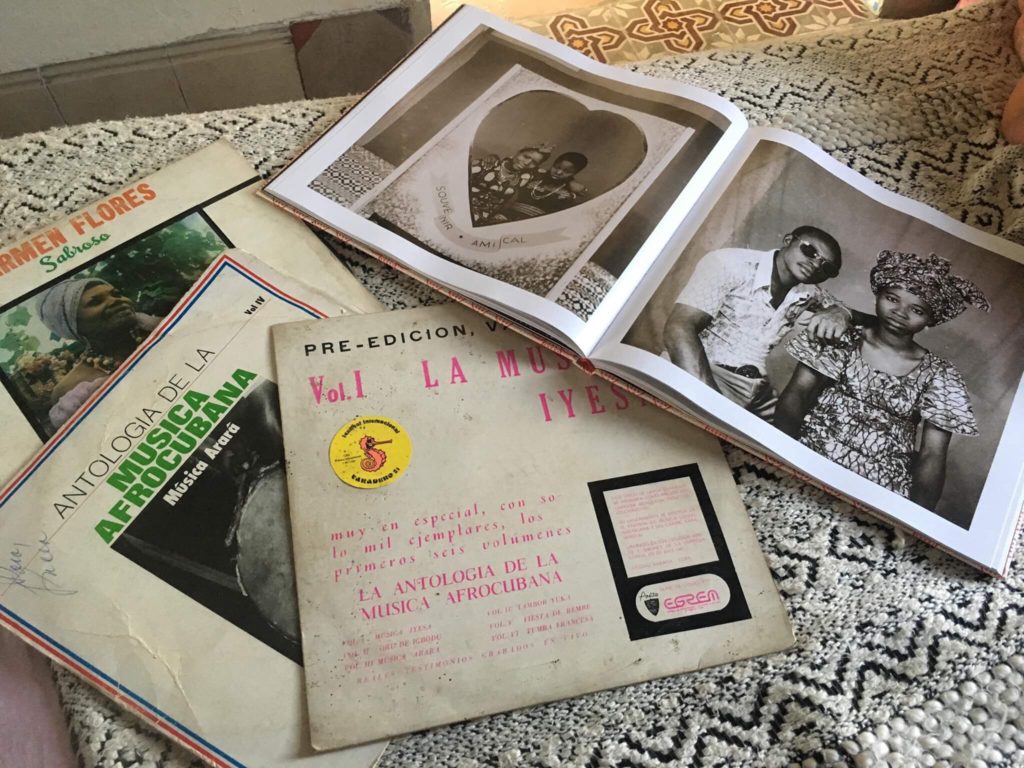 Dauwd has also used them for sampling. They are amazing tools – very versatile, and the music never gets boring.

Then I asked him for Orishas and traditional Afro-Cuban percussive stuff, as I have a love for these kinds of sounds. I then found two joyous discoveries just by looking at the cover and the instruments/story listed on the back, as there are no listening stations in the shop.

I like to find records in unexpected places, and I always look even if they’ll most likely be cheap classic or shlagger records like in Germany, but here in Cuba this rule changes… 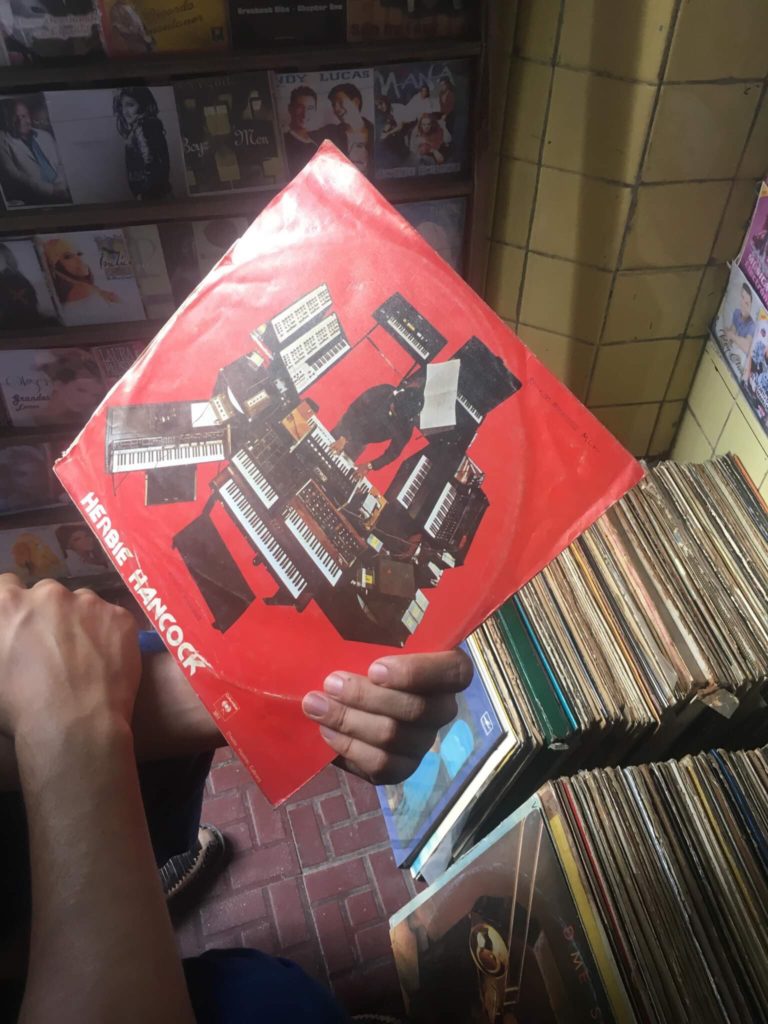 These places don’t necessarily have a name though, some were just stands in a bazaar shop, where a stack of records was hidden between a myriad of different objects of all sorts.

The funny thing is, on our first day in La Havana Vieja, I also found a volume of this same series in a tiny old bookstore. The lady had just a small stack of very dusty, uncared for records and pull more for me when she saw my interest. It blew my mind as this was my very first encounter in Havana.

Beauty is everywhere and in every form in Cuba, and sounds are like time travelling but at the same time always being in forward motion.” 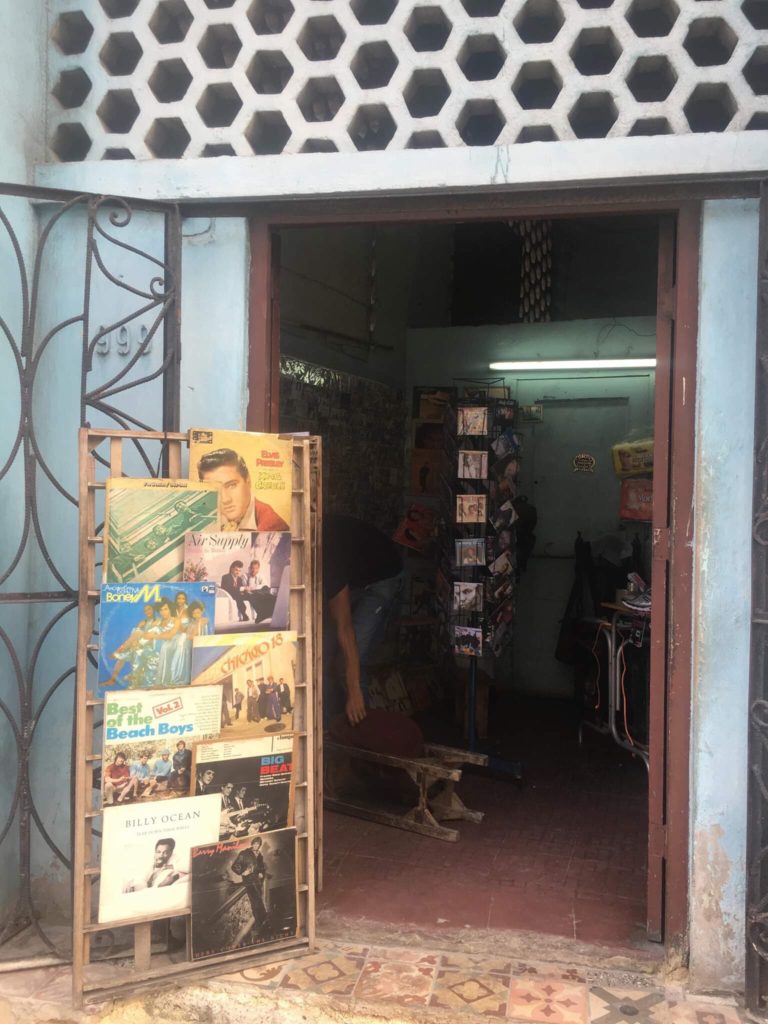 African Acid Is The Future’s Ambiance I is out now.