Photographer and designer Dennis Morris has helped shape the look and feel of some of pop music’s most iconic artists and labels, from Bob Marley and Island Records to Sex Pistols and PiL.

With his work for John Lydon’s post-punk provocateurs Public Image Limited going on display at ICA in London, Emma Tucker spoke to Dennis Morris about taking Lydon to Jamaica, branding the band and creating some of the most influential record sleeves of all time.

Photographer Dennis Morris’ influence on the music industry can’t be overstated. This is the man that captured Bob Marley while just 16, documented the exploits of the Sex Pistols, led Island Records’ visual identity and snuck the image of an erect penis onto the shelves of Woolworths in the ’70s.

The ICA’s PiL – First Issue to Metal Box exhibition captures just a snippet of Morris’ visual legacy, bringing together images and artwork he created in partnership with Public Image Limited – the band John Lydon set up after leaving the Sex Pistols. 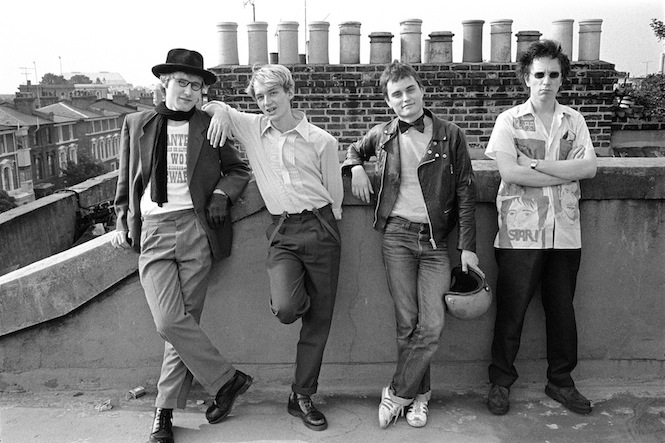 “There’s no better time,” said Morris, about the decision to showcase his archive of work. “This could have happened ten years or a year ago. The work itself is timeless.”

Morris was instrumental in defining PiL’s visual identity, everything from photography and logo design, to masterminding the band’s limited edition Metal Box album, which was housed in an embossed film canister.

The photographer had already worked with Lydon before the formation of Public Image, shooting many of the black and white images of the Sex Pistols that have found their way onto fans’ bedroom walls. After the singer left the band he was invited to join Richard Branson and Morris in Jamaica – where Branson was signing reggae groups to Virgin Records, and Morris was shooting images and creating artwork.

“All three of us got on a plane, and arrived in Kingston,” recalled Morris. “When we got there we came out of the airport, and there was a group of Rastas who saw Johnny and said, ‘Johnny Rotten man, God save the Queen man’. 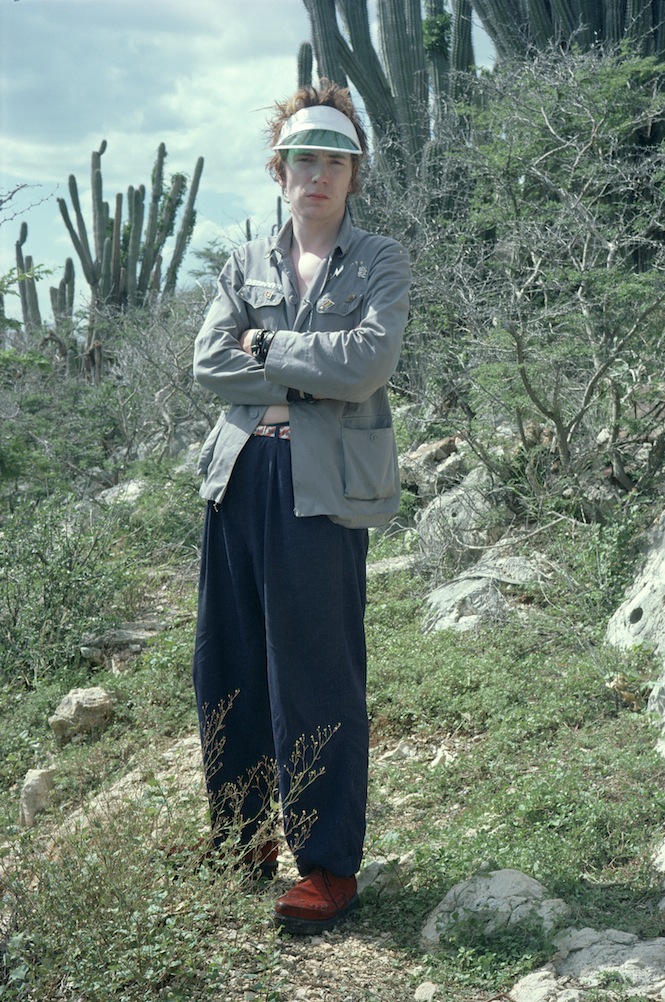 With Lydon keen to distance himself from the sound of the Sex Pistols, Jamaica was an opportunity to create a new musical identity in the form of PiL. Morris worked as a kind of “fifth Beatle”, as he describes it, collecting Lydon’s ideas and translating them into visuals.

His first artwork for the band was for the Public Image single, which came wrapped in a folded sheet of newspaper that borrowed on the visual language of red top tabloids, and featured stories written by Morris and the band during multiple drinking sessions. “We used the same typefaces as the Mirror and the same layouts,” recalled Morris. “But the beauty of it was it was the first time anything like that had been done in that format.”

Although the single made a splash, the photographer admitted it was lacking on the practical front – with records often cutting straight through the flimsy paper casing. The design seems noteworthy now, although Morris said few knew what to make of it at the time. 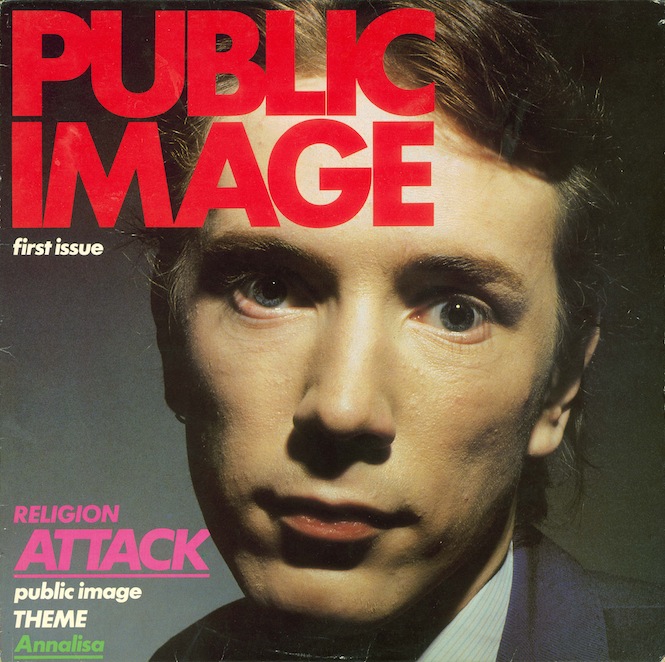 The photographer was also responsible for the band’s Metal box album – which housed the record in a logo-stamped film canister produced in a factory opposite Morris’ secondary school in Hackney – a place he’d unknowingly walked past every morning for years. Released in an edition of 2,000, Morris said that many owners turned the canister to alternative uses – often as ashtrays – not realising its inevitable collectability. These days few editions are left, with many succumbing to rust over time. “You don’t want it to be an antique though,” conceded Morris. “If it looks too good, it’s not real.”

It’s a point the exhibition’s curator, Matt Williams, agrees with, citing the album’s weighty physical presence as part of its enduring appeal. “It’s playing around with the way you handle and have a tactile relationship with music and the vinyl record,” he said.

“It was also balancing the conventions of traditional or established design at the time and that’s why it’s lived on… I like to take things that you’re aware of in your subconscious and re-present it to you, and you don’t realise you like it because you’ve seen it before,” elaborated the designer. 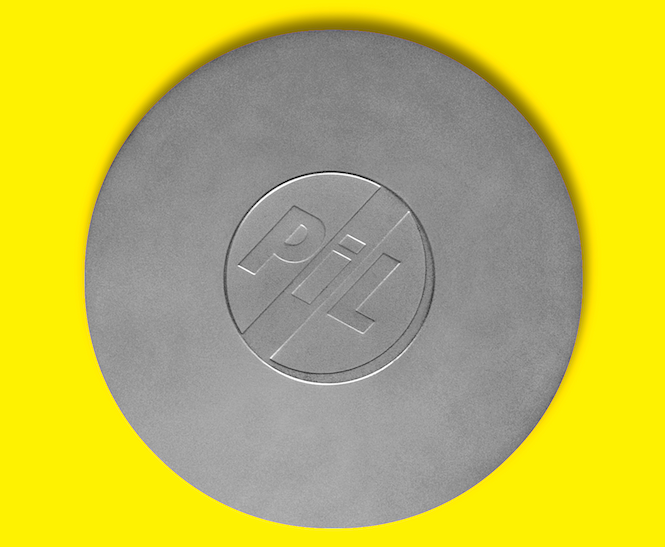 This thinking also drove the band’s aspirin-shaped PiL logo – a visual element Morris said the group didn’t even want to begin with. The acronym is encased in a circular motif, with a central black slash that replicates the halfway groove of tablets. “I suggested we break the band’s name down to PiL, and the concept of the pill is so simple,” he explained. “You’ve seen it, you’ve taken it, you’ve swallowed it, you’ve got rid of your headache. Well, this PiL gives you a headache.”

The logo fitted with Lydon’s idea of presenting the group as less like a band and more like a company – which similarly prompted Morris’ suggestion they shorten their name to an acronym.

“There it went, and it’s in the racks at Woolworths,” said Morris, “Until someone picked it up and turned it round, and then the whole thing was pulled. Thousands were pulled, but everyone at the record company laughed and we got some publicity.” 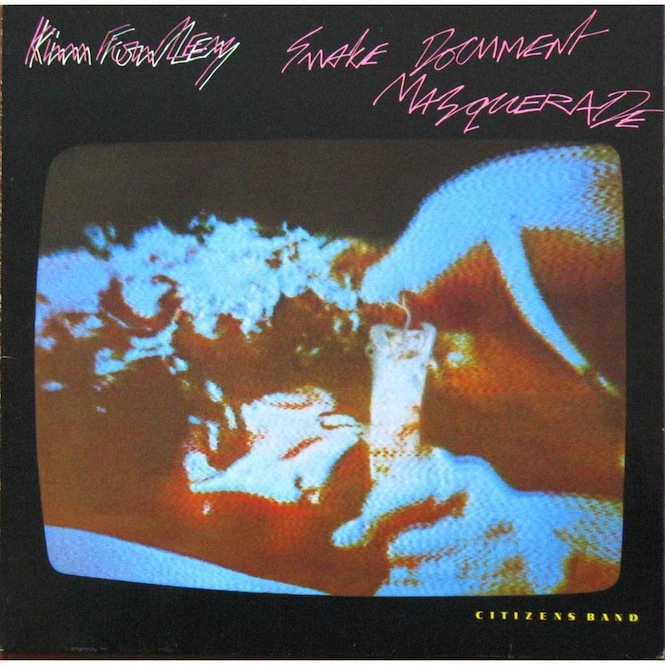 For Morris, who recounts the event with nonchalance, it was evidence of an era of wider creative license. Although budgets weren’t necessarily any bigger, he recalled, labels were focused on supporting a different kind of creativity.

“Then you had 12 inches square to play with, and part of the process of selling an album was the actual sleeve,” he said. “It’s like Kelloggs or Persil – the packaging is all important. Now it doesn’t really matter what’s inside, or even on the packaging.”

He also believes the personal relationship between photographer and musician has been sabotaged, with too many people involved. One-to-ones with artists are rare, he said, with musicians often feeling under pressure to be perceived a certain way, and consequently unable to let themselves go.

“With Marianne Faithfull it was just me and her and that’s how it was,” recalled Morris. “It makes that person get rid of that mask and shed that skin. Now everything is so sterile.”

Morris blames some of this on an influx of people joining the industry, which he believes has become a world with too much at stake. “We had nothing to lose, but everything to gain,” he said. “And that’s why a lot of the bands from that period never made a fraction of the money bands make now. Bands like the Rolling Stones are making more money now from one tour than they ever did in the first 20 years of their career, it’s ludicrous.” 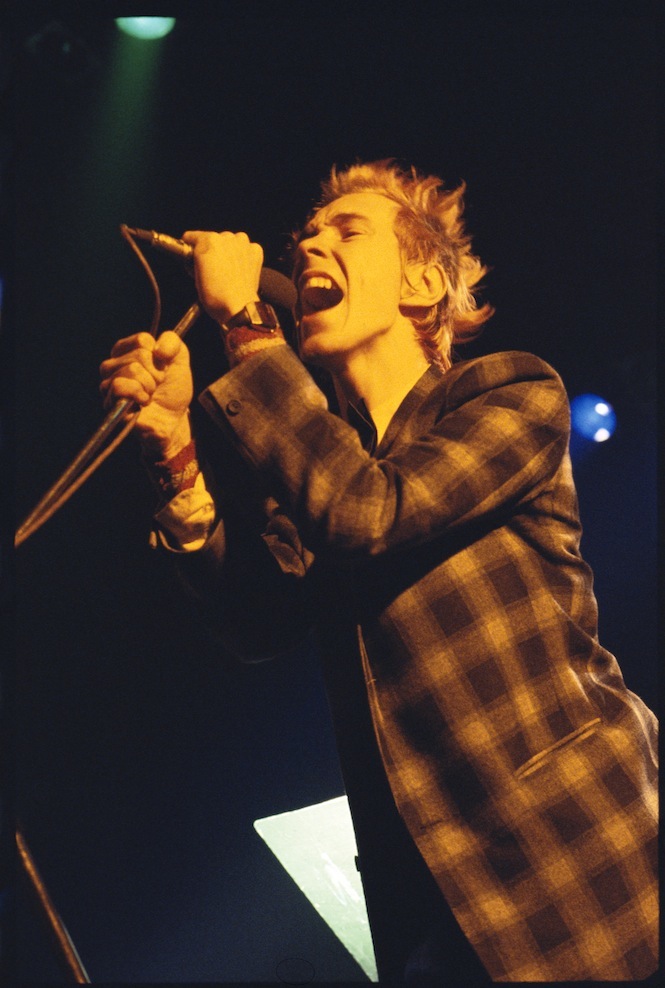 The PiL exhibition at the ICA offers a glimpse back at a side of the music industry Morris believes has slipped away, framed in the imagery he created for PiL. It’s not just an opportunity to re-evaluate the identity he designed for them, but place it alongside contemporary efforts to visually define music.

“It’s fascinating because we take all this for granted now, but it was streets ahead in its ideology and approach to conceptualising the brand and identity of the band,” said curator Matt Williams. “Today you’re used to watching the X Factor, where you see these produced packaged groups, but the sense of creativity is almost secondary. Here it’s about how you can with identity, and people’s perceptions of what the band represent.”

Fugees' The Score gets 20th anniversary vinyl reissue with bonus 7"

An introduction to the funky Ghanaian afrobeat of Ebo Taylor