Get into the groove.

No matter how incredible a music recording, if it’s not cut well to vinyl the audio will sound mediocre. As we discovered in our documentary on the art of vinyl mastering, knowledge of the fine-tuned process is as scarce as the materials needed to sustain them. With lathes in short supply, and cutter heads themselves like gold dust in the mastering room, the act of repairing rather than replacing is more crucial than ever.

In an increasingly disposable society, and where specialist know-how is at a premium, experts like Flo Kaufmann exist as unheralded heroes – the small cogs without whom the whole vinyl industry would collapse.

On the heels of the publication of new book Passion For Vinyl II: Ode To Analog written by Robert Haagsma, we share an excerpt interview with cutter head repair specialist Flo Kaufmann. 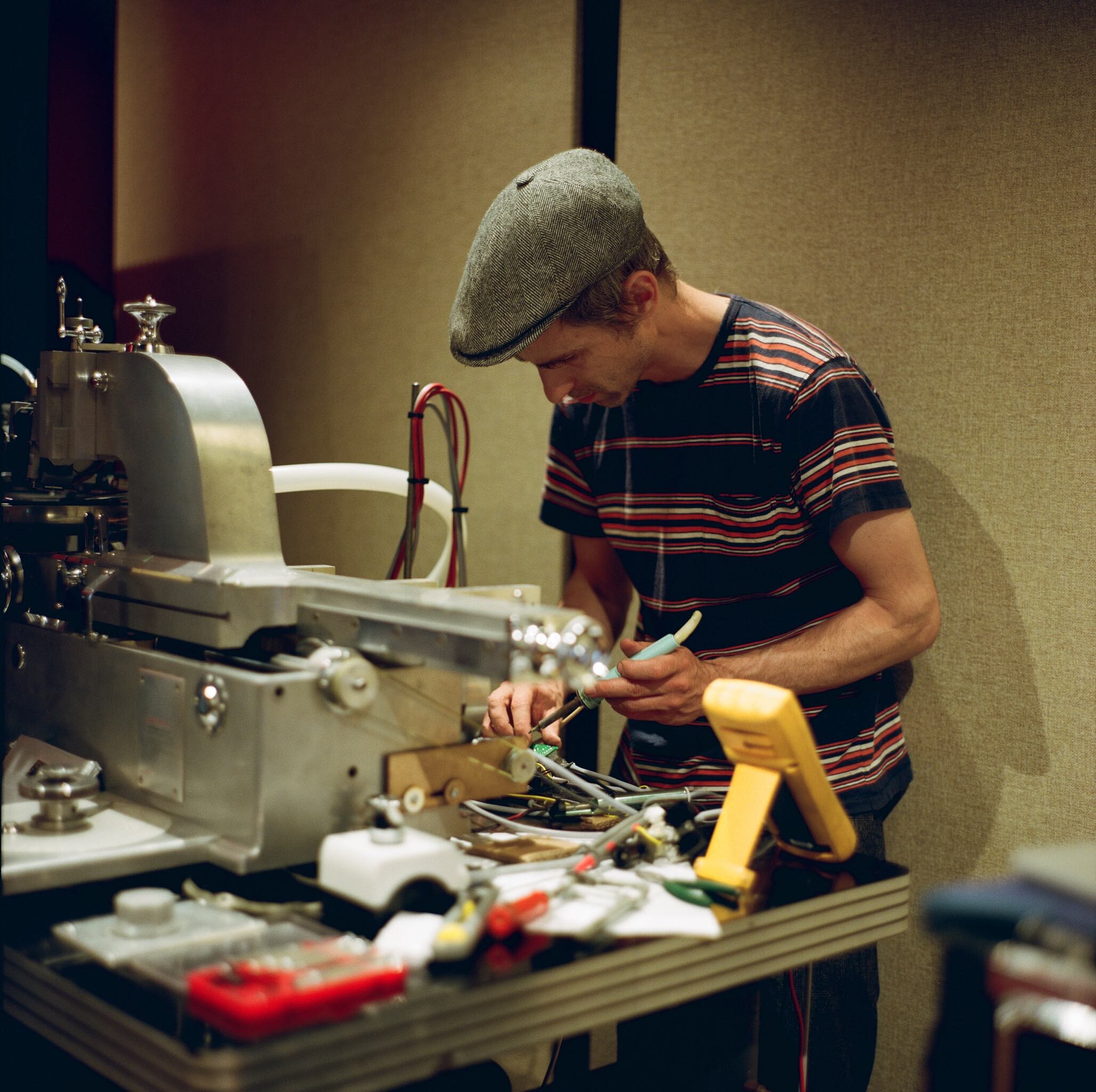 The Swiss-born Flo Kaufmann is one of the world’s prime experts specialised in cutter head repair and upgrading and tuning cutting rooms. Technology developed by him to improve the record cutting process is currently being used in many facilities all over the world. Even after being in the business for twenty years, he is still a relatively young face in a world that until recently was dominated by record industry veterans.

Where does your fascination for cutting records come from?

It’s the combination of a love for music and for engineering, the mastering and pressing of records. In the late ’80s I realised that vinyl was on the way out. It meant that an entire industry was going to disappear sooner or later. I decided that I wanted to gather all the information so that I would be able to make my own records in twenty years’ time. I started to buy parts, talk to technicians from the plants in Switzerland and read as much as I could find. I couldn’t afford a Neumann record cutting machine, so based on the information I had I began building my own. 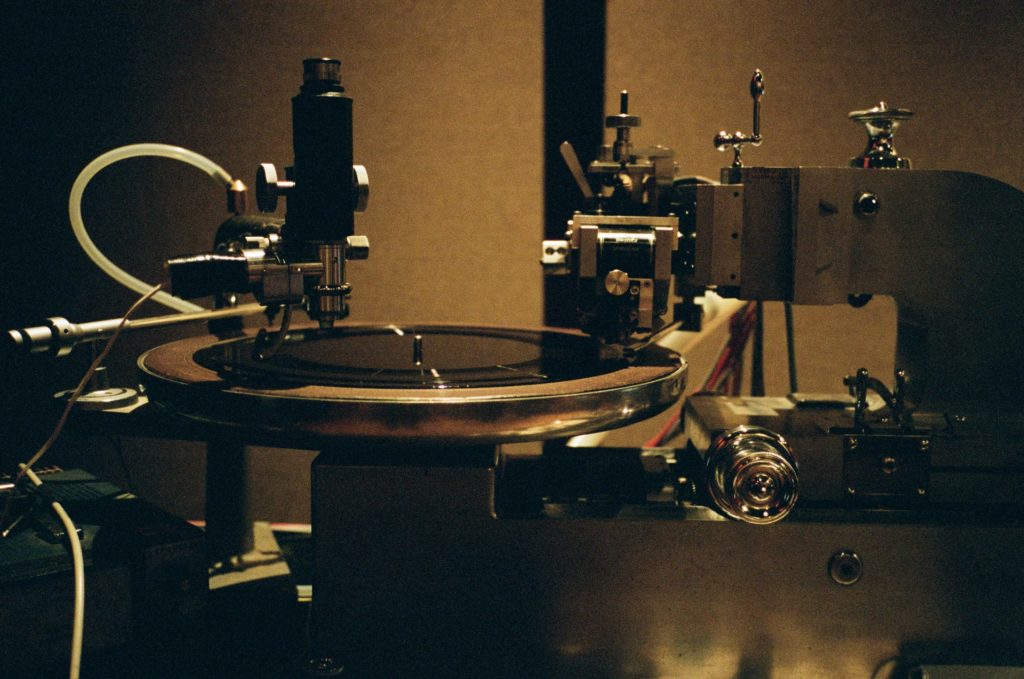 I understand that a German gentleman, one Herr Richter, has been very instrumental in your career.

He was. You’ve got to know that Neuman stopped producing cutting machines in the 80s, they sold the last one in 1989. They were obliged to offer maintenance for ten years. This became the responsibility of one man, Johannes Richter, who was therefore in the possession of all the drawings, schedules and specifications. He had lots of information I needed, especially for fixing cutting heads. He didn’t want to share anything, he was completely closed. Herr Richter told me literally that he would take all his knowledge with him to his grave. 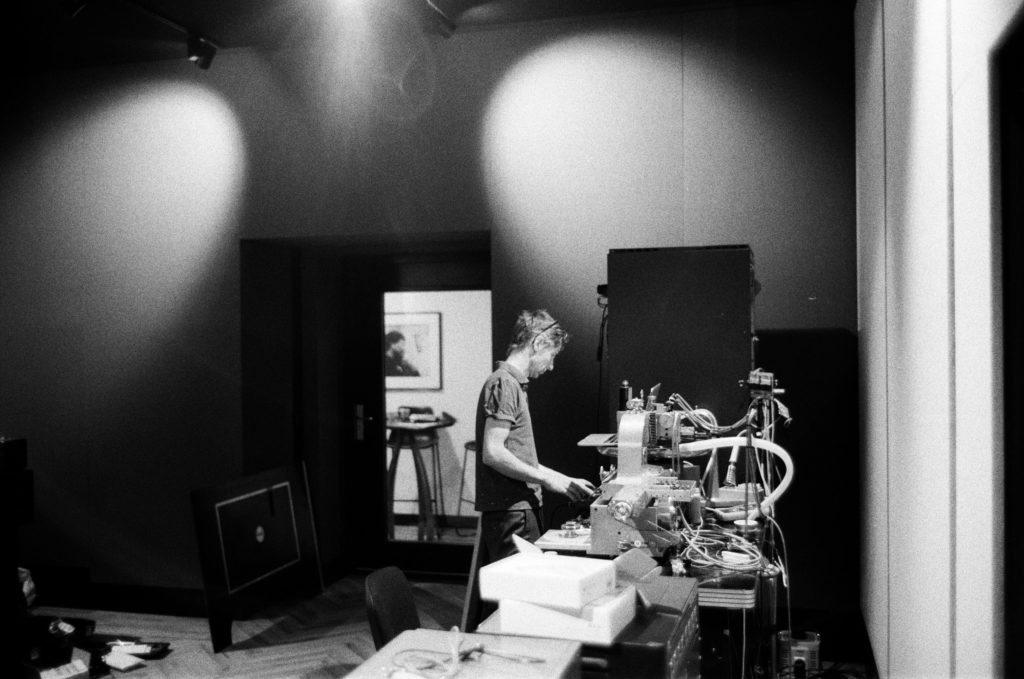 How did you get through to him?

First of all, I told him that I would continue my quest, with or without him. I think that made an impression. I was also able to help him out. He had a man wiring the coils for his cutter heads for him. This person was getting too old for this. You need a steady hand, because the wire is three times thinner than a human hair. I offered to help. Not for money, I just wanted spare parts and lots of information. That broke the ice. We worked together for a few years. I will never forget the day he wrote telling me I could buy a Neumann cutting machine for a very reasonable price. Of course, I jumped at the opportunity. That was a big step. Until then I was the guy with the home-made stuff, now I had an official Neumann machine. That was the real start of my business. 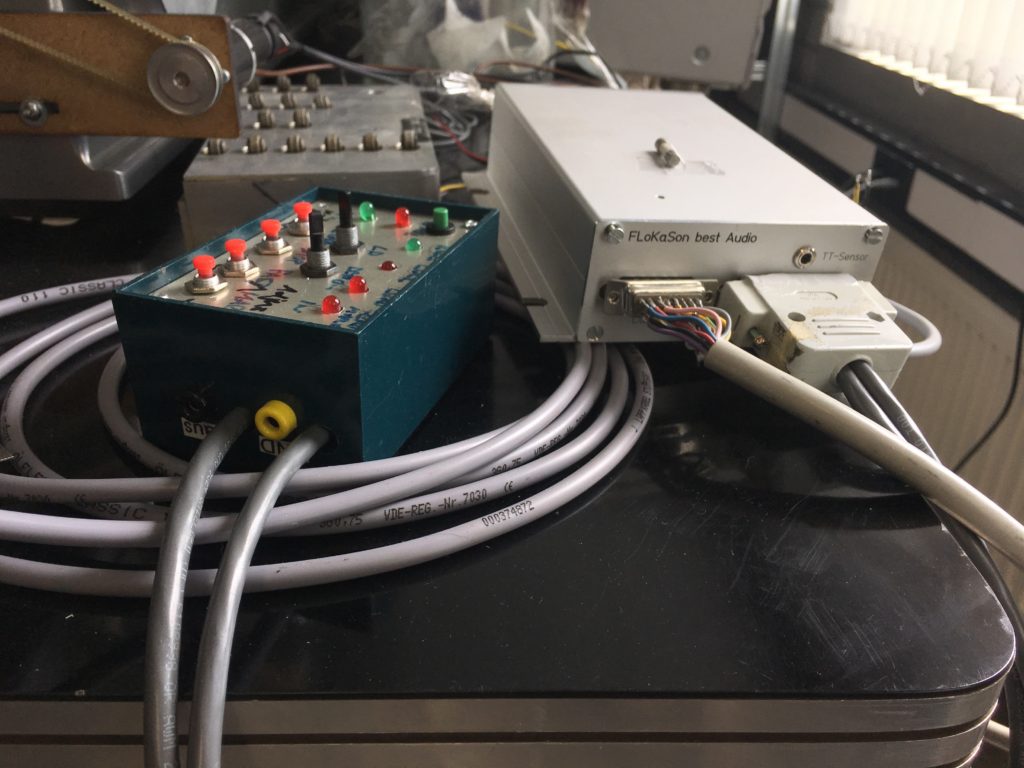 You’ve developed new techniques that are used in the cutting rooms.

Yes, one of them is a disc-cutting lathe controller, it controls the preview signal in real time and packs your groove with the greatest precision and efficiency. It really improves the quality of the cut. It’s now being used in many cutting rooms all over the world. I’ve also developed additional gear, like new cutting amplifiers and the Kingston Dub Plate Cutter.

One of your first jobs was in Jamaica. How did that happen?

I was approached by people from a studio in Kingston, because there were some issues with their Scully lathe. I loved to go there, because Jamaica is the Mecca of disc cutting and dub plates. When I arrived at the airport, they people who hired me were really pissed off. They expected a 50-year-old veteran, not a twenty-something. So they didn’t trust me one bit. The studio was very small, but the entire time that I was working there three or four people were watching every move I made. Quite nerve-wracking, but I got the job done. That was another major step. 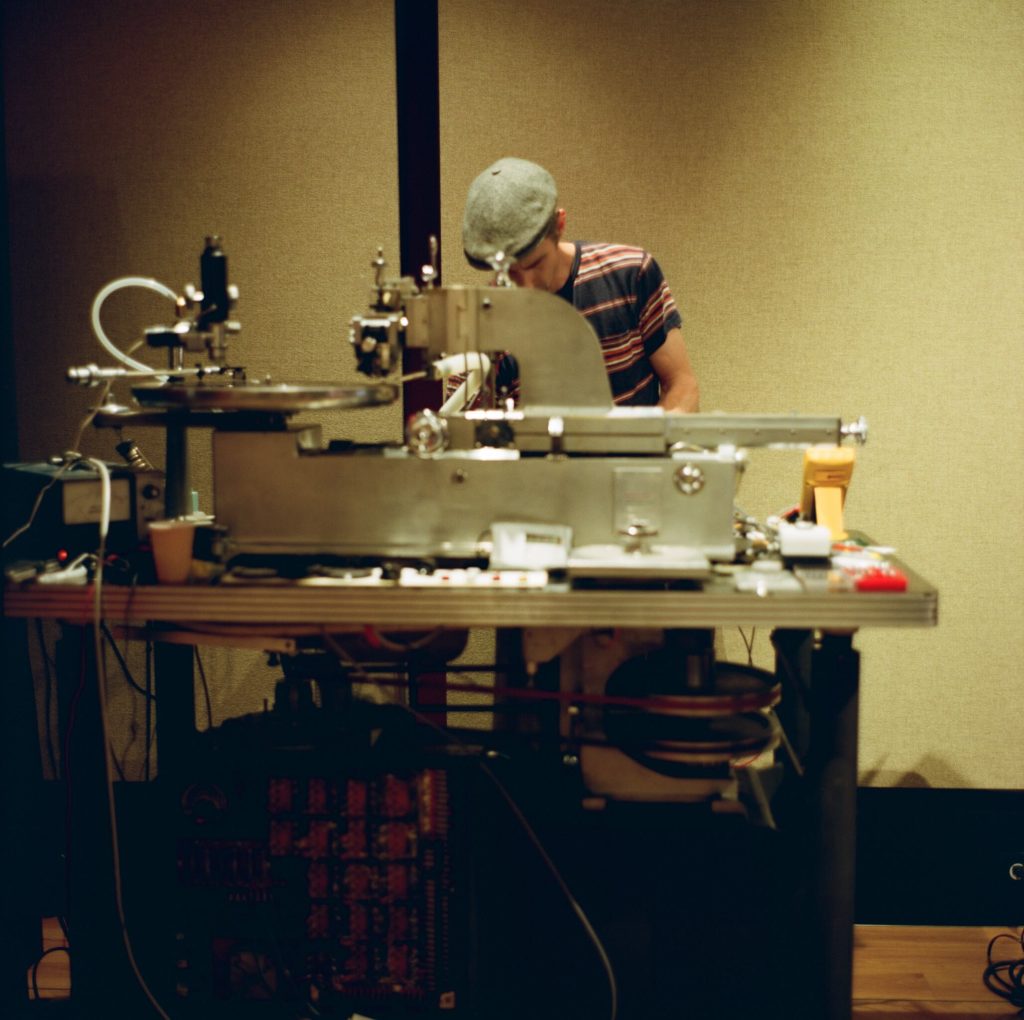 For a while you were the co-owner of a pressing plant, Vinylium. What happened to it?

I started the Vinylium company with three school friends. We shared a passion for music, engineering and high-end audio gear. In 1996, we got the chance to buy six pressing machines from Polygram in Austria, including two cutting lathes. We transported them in two trucks to Switzerland. It was never a commercial success. We bought our vinyl from France and our sleeves and labels from Germany, it was all a hassle. The money we made came from our electronics department, where we developed and repaired gear. We were all completely obsessed by the technical side anyway, money was never our priority. In 2007, I decided to leave. I had the feeling that our baby could walk on its own feet and I wanted to have more time to make music myself, I also perform with self-made instruments. After I went away, more people started to leave. It all went downhill fast. The last thing I heard it was closed by the government because it no longer had an official address. Fortunately I still had all the business contacts, so I managed to continue my own business without too many problems. I continued with my own company, FLoKaSon. In the whole process I lost most of the tools and spare parts, but I’m back now. 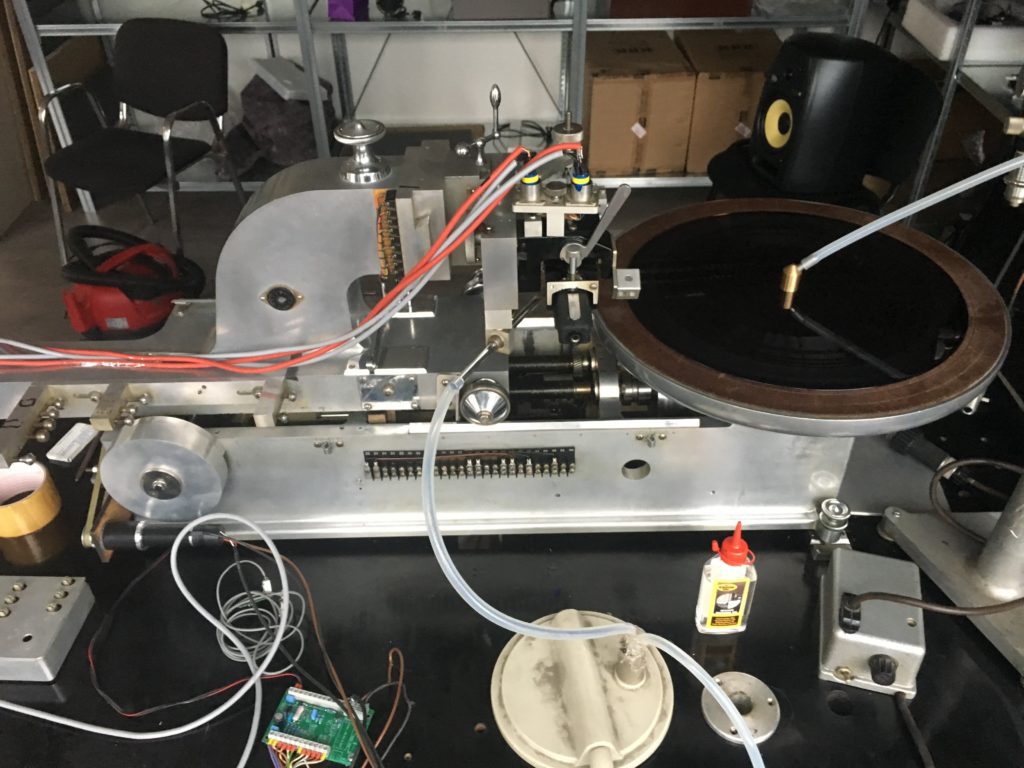 What is your specialty right now?

It’s a wide range, from repairing cutting heads to further developing amplifiers and controllers. I also try and bring studios to a new level, using shorter and better cables. I’m also always trying to convince the people to get rid of some of the junk that is in the racks, because there are often much better solutions now. 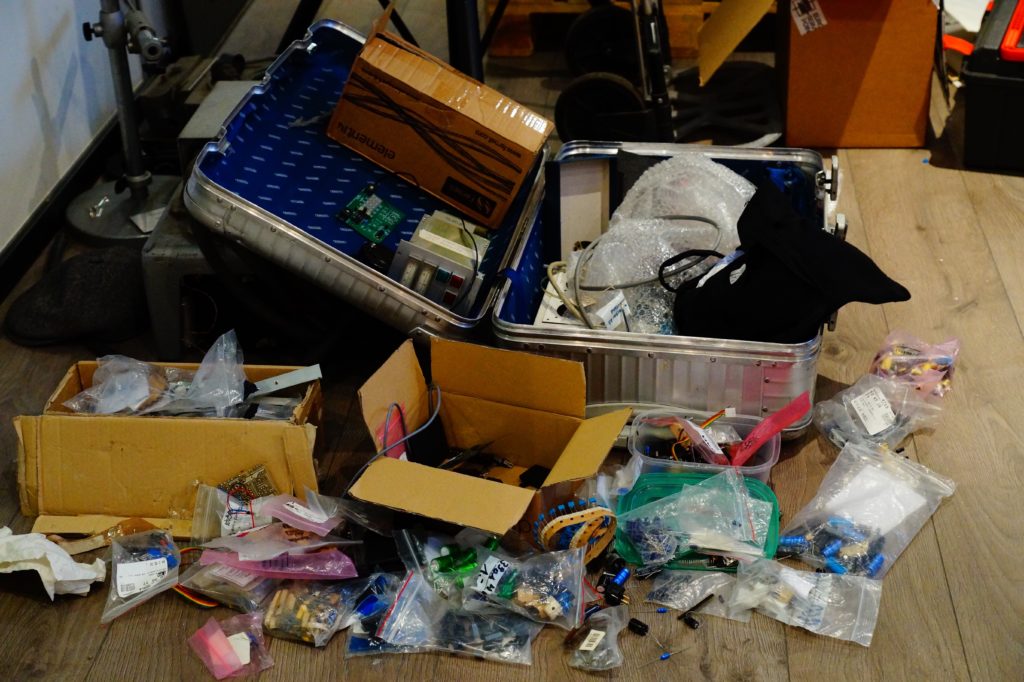 Do you have a large collection of exotic audio gear yourself?

Yes, I have all the stuff that people are looking for. EMT, Thorens and Garrard turntables. I’ve made my amplifiers myself, so that I know what’s inside them, how they measure and that they are reliable. I’ve got nice Tannoy speakers, but I’m mainly using Altec 50s monitor speakers, because all my favourite records were mastered using these. I’ve made a habit of not paying too much for stereo gear, an EMT turntable being a rare exception. A few years ago, I found a Thorens TD 124 – the most wanted type – on a flea market just 200 meters from my house. It was already late in the afternoon and it had been there all day, sitting in broad daylight. The owner wanted 30 euros for it, provided I would take his records as well. I’ve learned it’s best to wait for things to come my way.

Passion For Vinyl II: Ode To Analog is out now.