Criminal records: The 10 rarest (and best) bootlegs in existence 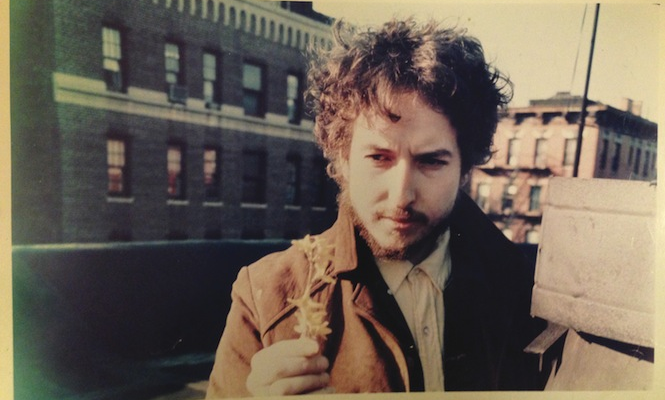 Well, eleven actually. But then it wouldn’t do for a feature on bootlegs to promise exactly what is said on the tin. The Vinyl Factory’s Chris May tells the story of this cornerstone of the industry with a look at the most valuable ‘fakes’ on the market.

Bootlegging’s vinyl belle époque began 45 years ago this summer with Great White Wonder by Bob Dylan and The Band. Within a year, rock’n’roll was teeming with bootleg LPs and, for many enthusiasts, they remained essential complements to official releases for over a decade.

Legitimate labels responded with allegations that the mafia was behind bootlegging. Organised crime was certainly involved in counterfeiting – making fake copies of legal releases. But bootlegging – the manufacture and sale of mainly-live recordings which would not otherwise be released – was largely the preserve of disorganised crime, music aficionados who came of age during the 1960s and who were regarded as cultural heroes by their peers.

Many historically-important bootlegs have since been officially released on vinyl, cassette, CD and download. But the allure of the first-generation bootleg LPs continues to grow. 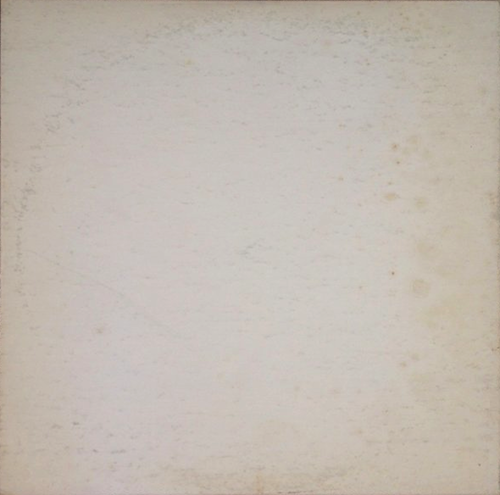 Released in July 1969, Great White Wonder was pressed and distributed by two Los Angeles-based, fringe-of-record-business hustlers, Dub Taylor and Ken Douglas, who went on to become the biggest players in the bootleg market. The album set a high quality-benchmark: great music, good audio. Like almost all bootlegs of the early 1970s, it came in a white cardboard sleeve with a rubber-stamped title but no artist name. The most talked-about G.W.W. tracks were those recorded with The Band in 1967, which were not officially released until 1975, as part of The Basement Tapes. 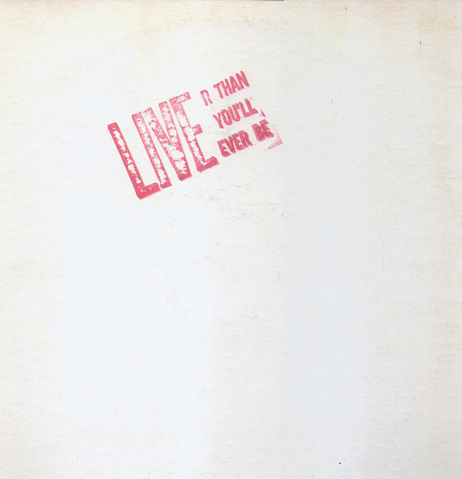 The Rolling Stones
Live’r Than You’ll Ever Be
(Trade Mark of Quality, 1969, LP)

In late 1969, Taylor and Douglas launched their Trade Mark of Quality label, which released around 250 titles over the next six years. Its best-known logo was “the smoking pig,” a cartoon-parody of the stereotypical, cigar-chomping, music biz mogul. This pig, however, was drawn smoking a joint. Live’r Than You’ll Ever Be was recorded on a concealed tape machine during the Stones’ November 1969 US tour, and the album was on sale in head shops before Christmas. Rolling Stone magazine’s contemporaneous review called it “the ultimate Rolling Stones album.” 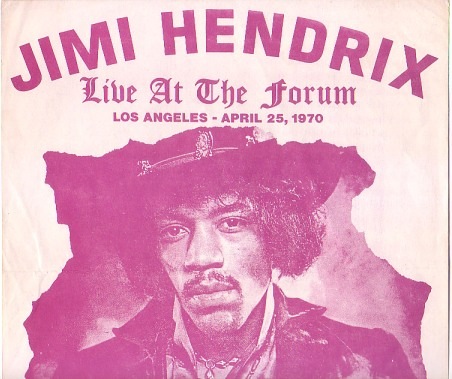 Taylor and Douglas’ closest competitor was, briefly, fellow Angeleno Scott Johnson and his Rubber Dubber label. Rubber Dubber lasted barely two years. Unlike the discreet Taylor and Douglas, Johnson enjoyed being feted as a counterculture hero and, in summer 1971, an ill-advised interview with Rolling Stone led to his pressing plant being raided by the FBI. Johnson fled to Mexico and disappeared from history, as Scott Johnson, anyway. Live at the Los Angeles Forum is among the highpoints of the much-bootlegged Hendrix’s live recordings. 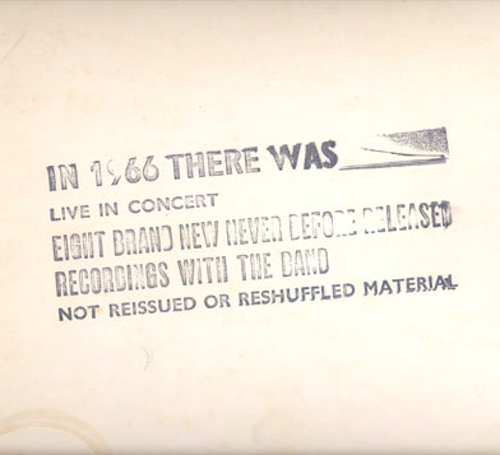 Even in a list of ten, two Dylan bootlegs deserve entries. In 1966 There Was… created an even bigger splash than Great White Wonder. Sometimes mistitled Live at the Royal Albert Hall, the album was recorded by Dylan’s label, Columbia, at Manchester Free Trade Hall. The 1966 world tour was the first to feature Dylan with an electric band – The Hawks, later renamed The Band – for which he was heckled by traditionalist audience members: the famous “Judas!” shout is on this album. Somehow, TMQ got hold of a copy of the tape. The tracks were not officially released until 1998. 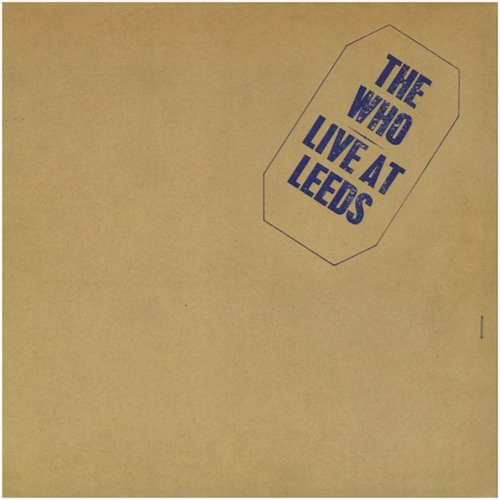 A reminder of the credibility of bootlegs in the 1970s. Live at Leeds was actually an official release, but packaged to resemble a bootleg. 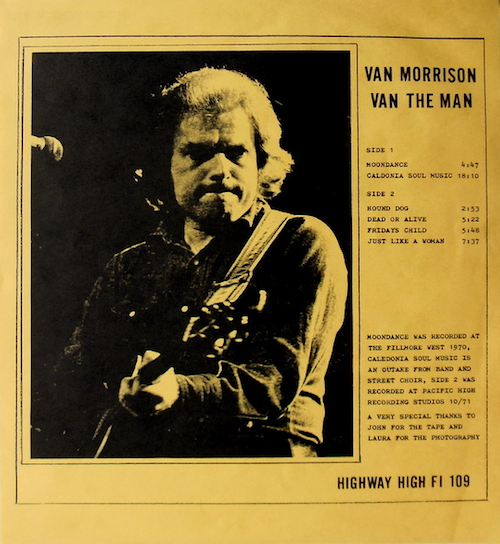 In 1974, the Trade Mark of Quality partnership broke up and Douglas launched The Amazing Kornyfone Record Label. Over the next three years, TAKRL and its subsidiaries, which included Highway High Fi, released around 160 titles. Van the Man includes tracks taped at San Francisco’s Fillmore West plus an extended studio version of ‘Caledonia Soul Music’, a notable out-take from His Band and Street Choir. 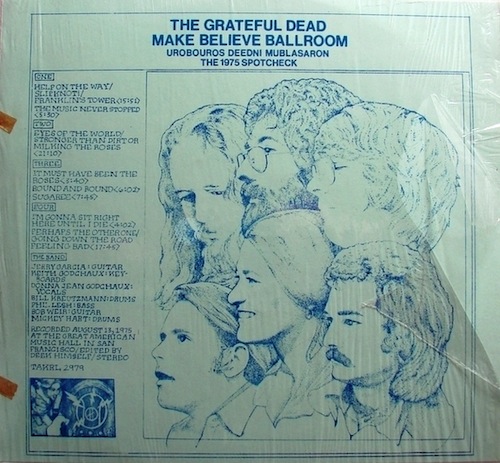 If you can’t beat them, join them. The Grateful Dead played around 2,300 live performances between 1965 and 1995 but are relatively under-represented on bootleg. The reason: to undermine commercial bootleggers, the band encouraged taping and tape-exchange by and between audience members. Reel-to-reel and, later, cassette recordings of most Dead gigs were freely available. This 1975 live radio broadcast from the Great American Music Hall in San Francisco was an exception. 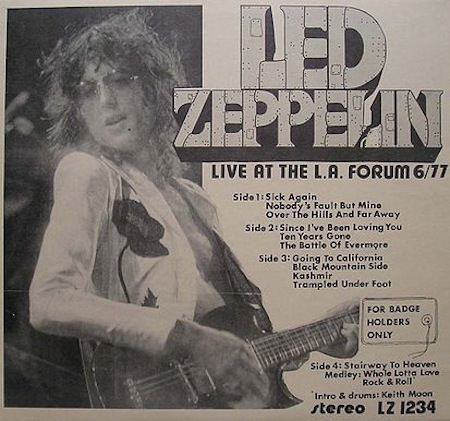 If you can’t beat them, beat them up. Led Zeppelin’s notoriously thuggish manager, Peter Grant, made no distinction between home-tapers and bootleggers. Anyone found recording gigs was threatened or roughed up and their equipment taken, and if Grant found band bootlegs in a record store he would demand they were handed over there and then, or else. A huge number of performances were bootlegged, however, and this 1977 Los Angeles date (featuring a guest appearance by Keith Moon) stands out. The album title comes from the band’s name for groupies, who Robert Plant frequently references between songs.

By the early 1980s, many of the first wave of bootleggers had retired, burned out or been closed down by the FBI (bootlegging had remained essentially US-based). Simultaneously, cassette bootlegs, which were cheaper to manufacture and ship, started to replace vinyl. Bootleg LPs became increasingly niche, but treasures continued to emerge…. 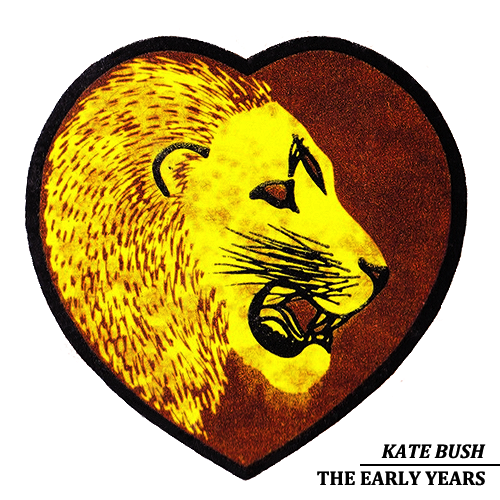 In 1986, a West German indie acquired this collection of 1973 demos, which includes several of Bush’s later successes in foetal form. Surprisingly, without informing Bush, her official German label, EMI-Electrola, licensed the album for release. When Bush found out, she had the album pulled, but not before test pressings had been produced. LPs on the short-lived bootleg label Wild Wind followed a year later. N.B. Not to be confused with a rare but legally released 1984 compilation on the East German label Amiga. 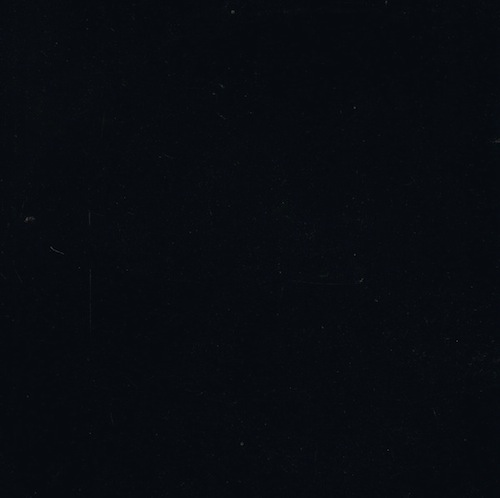 Originally planned as the follow-up to Sign o’ the Times, but replaced by Lovesexy, Prince cancelled The Black Album a week before its scheduled release in late 1987. Several hundred promos were already in circulation, from which various bootleg editions were made over the next couple of years. The album was only officially released, in a limited edition, in November 1994 – when Warner Bros offered a free copy to the first 1000 people who sent back their bootlegs – and it was deleted three months later.

The most bootlegged album ever? There have probably been more unauthorised pressings of this aborted 1967 Capitol release than there have been of any other disc. Material from the sessions appeared on around a dozen bootleg labels between the early 1970s and the eventual release of Capitol’s The Smile Sessions in 2011. Vigotone’s triple set, which contains alternate takes, is the most complete – and the rarest.